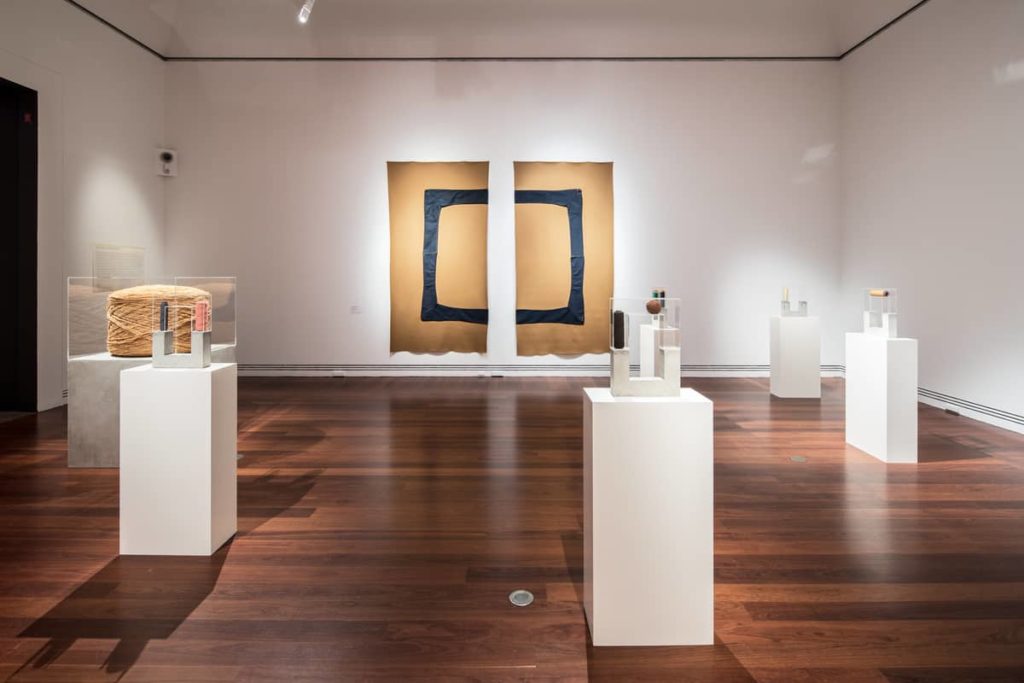 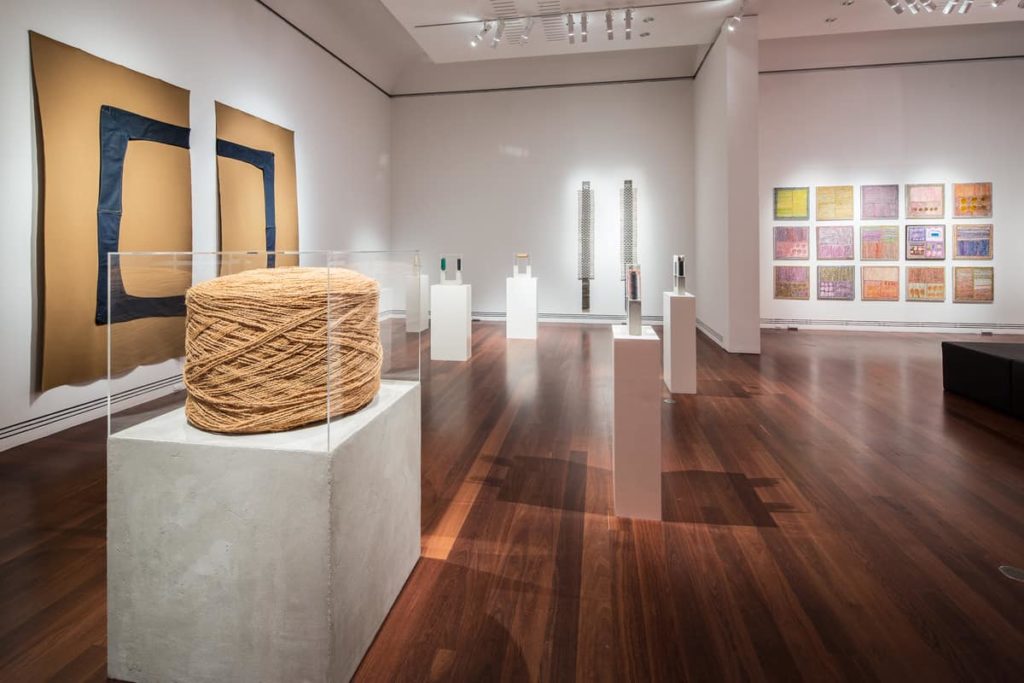 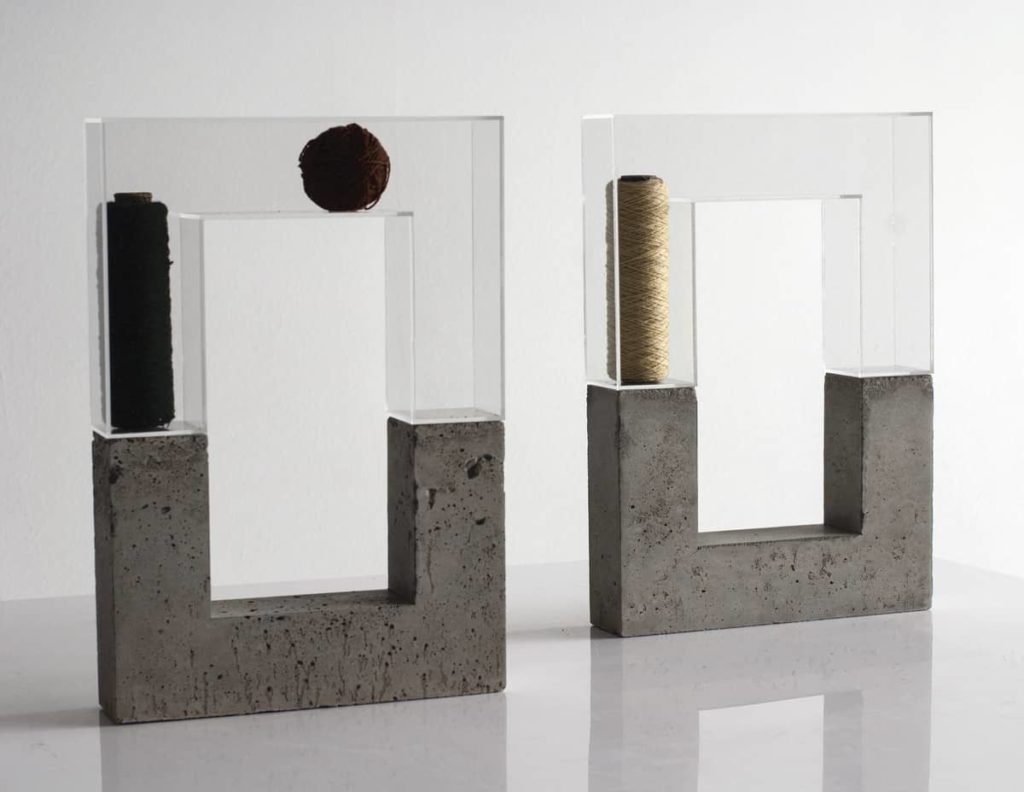 Louise Haselton is an Adelaide-based sculptor whose work is inspired by the animistic practices of tribes living in Nagaland, a state in the north-east of India. One of these tribes, the Angami, identify a particular stone (Maikel) as the place where their ancestors emerged from the earth. Hasleton shares with us her experience of Nagaland and we see examples of the contemporary production coming out of that state.

The trip to Nagaland came about as I had been to India a couple of times and often, when looking at objects in museums in India, those that I were drawn to were from Nagaland. The interest started at The National Museum in Delhi which has a collection of objects, including textiles, headgear, weapons, utensils from India’s North-Eastern states. So over a few years I built up a desire to visit this remote state. It seemed like an enigmatic place, and I was interested in the way Nagaland has hung on to its tribal systems and beliefs.

I managed to get to Nagaland in 2009. It was an epic effort, as officially you need a permit to enter Nagaland, which the authorities in Delhi declined to issue. But a very accommodating friend of a friend who lives in Assam, a state bordering Nagaland, orchestrated a visit to Nagaland with himself and his family. 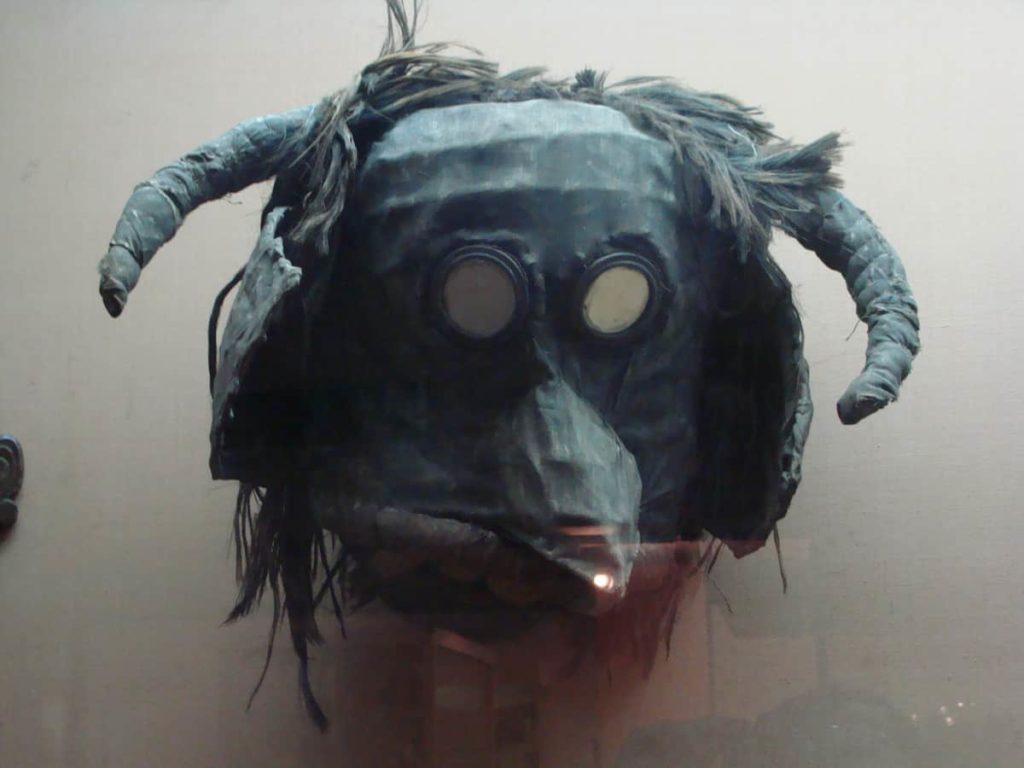 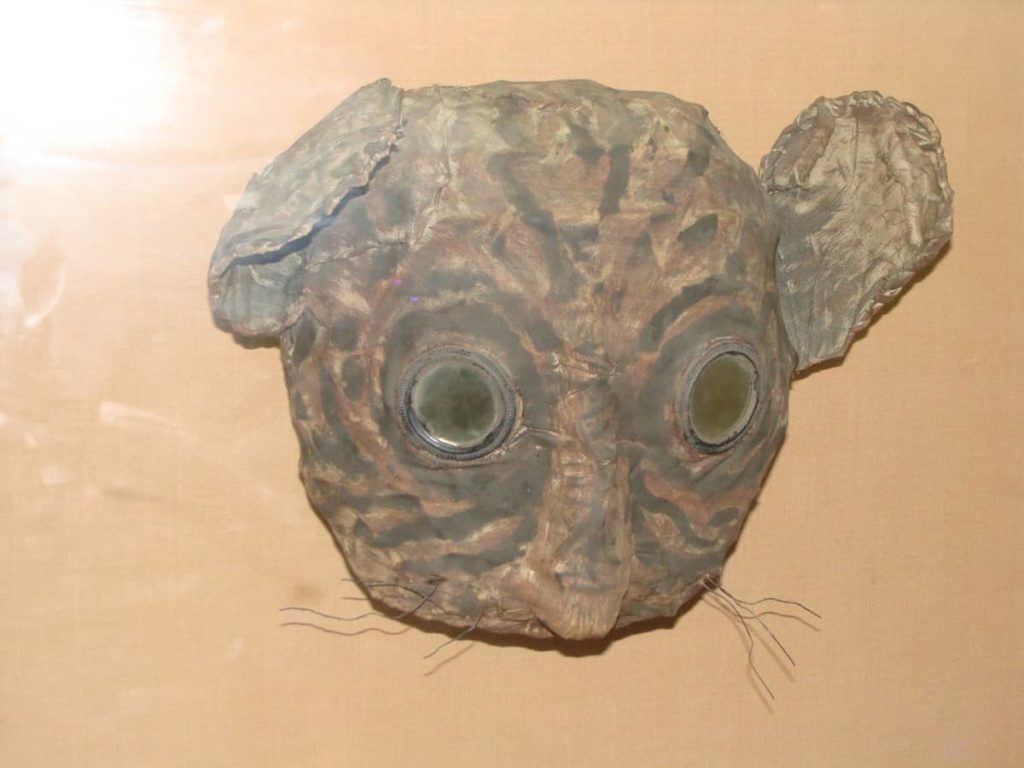 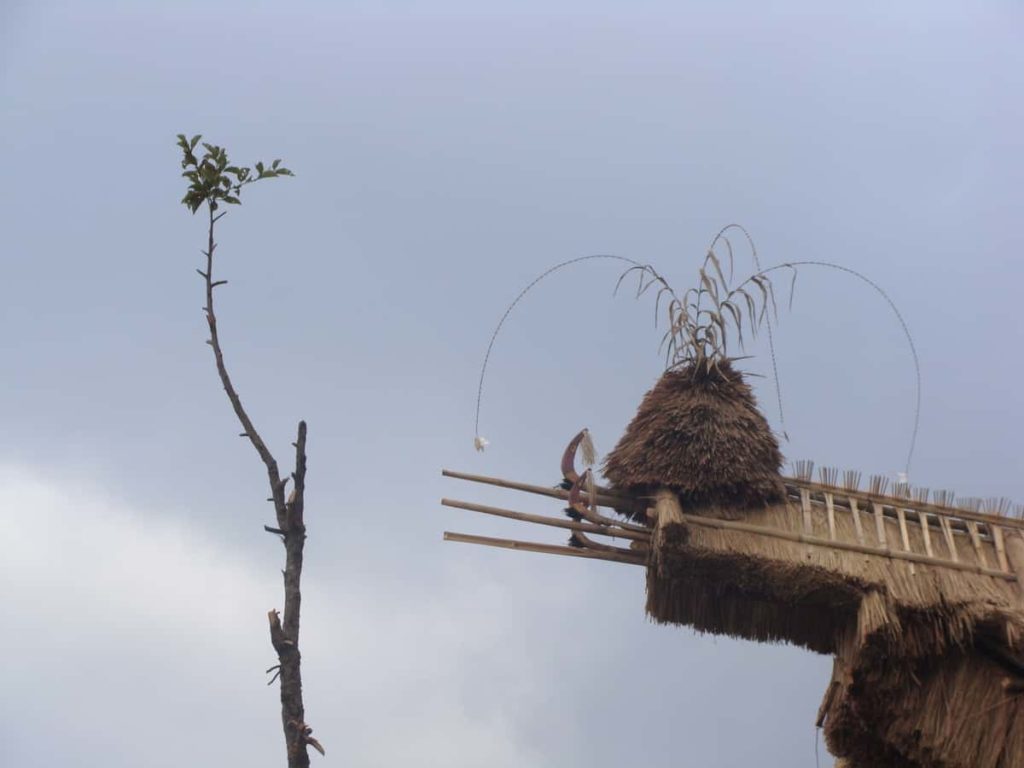 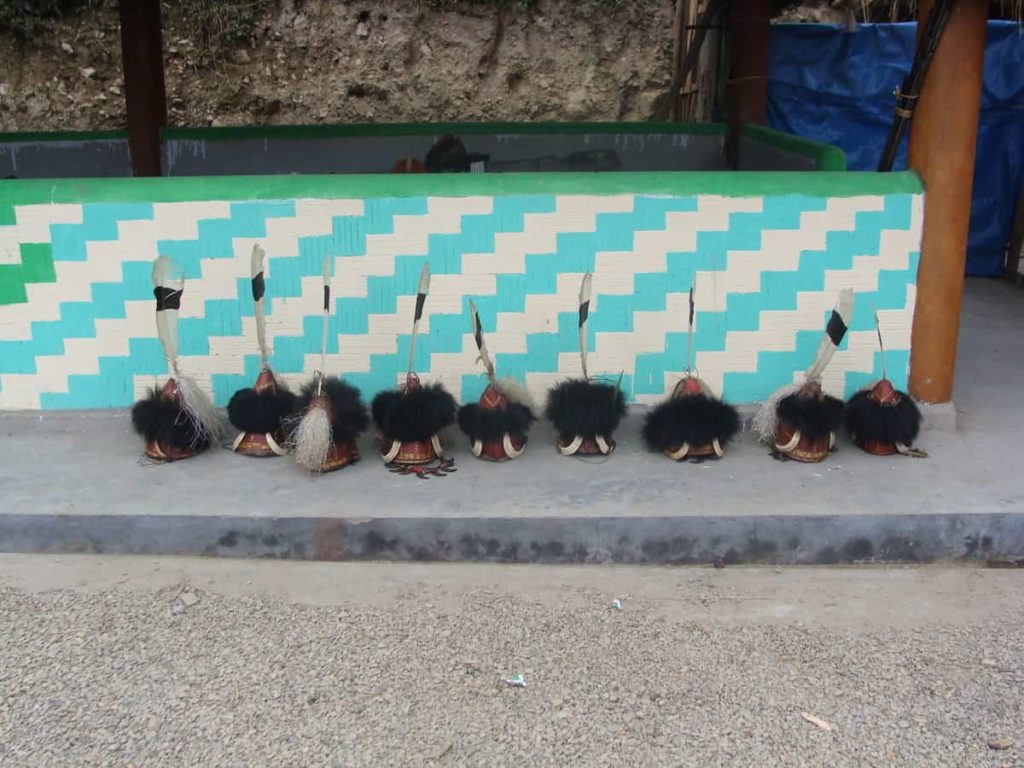 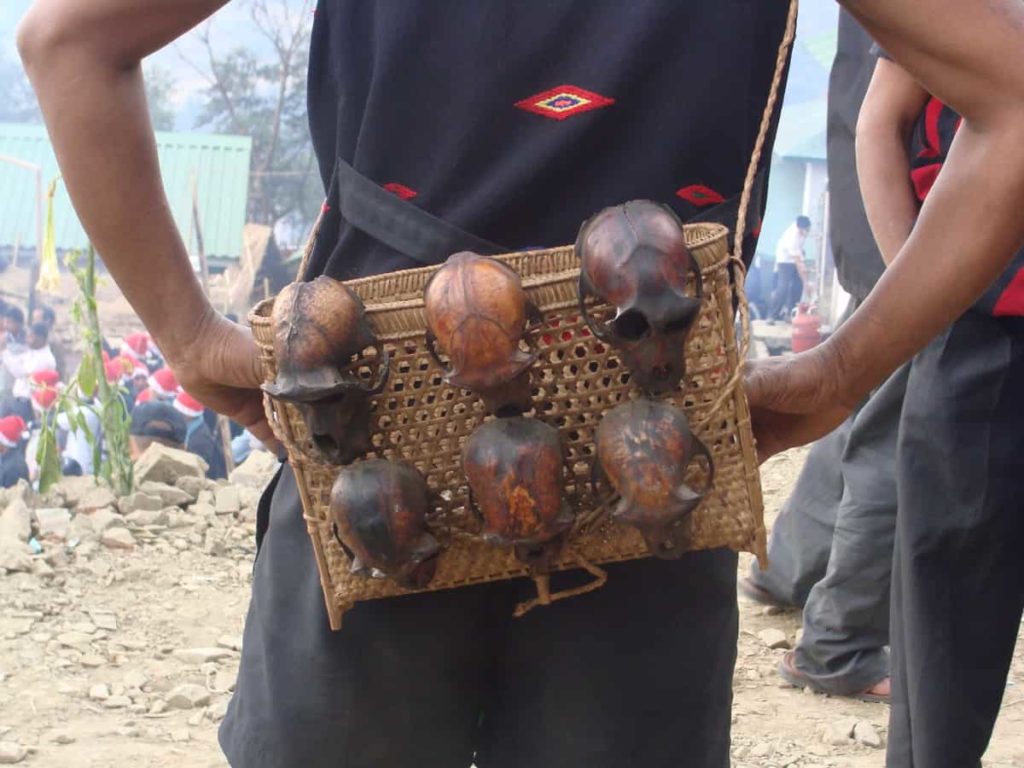 When I went to Nagaland I was working more with natural materials, especially shells, often combining them with manufactured materials. The objects I saw from Nagaland had a real force to them. I remember seeing in museums human/monkey skulls with exquisitely fine patterns “tattooed” on them. In fact, I remember seeing a collection of human skulls from Nagaland, if I remember correctly, decorated with beetle wings, animal hair, at the Pitt Rivers museum in the UK some years ago. Many of the objects I saw had an intensity that I thought was to do with decoration and protection. They were objects often worn on the body. I remember shoulder decorations made from hornbill beaks, goat hair, cowrie shells, boars tusks, materials mostly gathered from the environment around, that seemed weapon-like, but incredibly beautiful and unnecessarily ornate, bright and strangely cheery.

I certainly admire the cloths of the Angami group. The “design sensibility” is incredibly simple and elegant, I think the Konyak people were makers of many of the objects I was drawn to as well.

Generally, I was interested to learn more about the strong tribal history of the Nagas. I’d read that many of the tribes had animistic beliefs and I was interested to see manifestations of that. Many Nagalese are Christian today, though possibly while also holding some of their Naga tribal beliefs.

I’m interested in bringing together materials that could be seen to have different weightings/value, playing with what happens when different registers come together. I often use metals partly because they can solve physical problems of a 3D work needing a support/structure to take form. I’m also drawn to the weight, both physical and art historical, of metal with the lead pieces. The work is made up of a pair of two pieces virtually identical.

I was thinking about woven fabrics – a structure that can turn a single thread which could be weak into something that could be impenetrable which led me to thinking about a super strong material – lead – which has some of the qualities of a piece of fabric. It is malleable, so can be twisted, folded and cut. I decided to use the lead to turn back in on itself, so I could take it apart and weave something through it. So a process that should strengthen something, in this case has the potential to weaken it.

Louise Haselton is an Adelaide based artist. Following a 2005 residency at Sanskriti Kendra Delhi, India, Haselton has been making sculptural works using materials gleaned from the world around her. Haselton currently has work exhibited in The Adelaide Biennial of Australian Art: Magic Object, at The Art Gallery of South Australia and in Fabrik: conceptual, minimalist and performative approaches to textiles, at the Ian Potter Museum and Sutton Gallery Project Space, Melbourne. Haselton is represented by Greenaway Art Gallery, Adelaide.

e’thaan is a craft studio in New Delhi which specialises in work from Nagaland, including in bamboo, woodcraft related skills, as well like stone work and sanjhi paper cutwork. 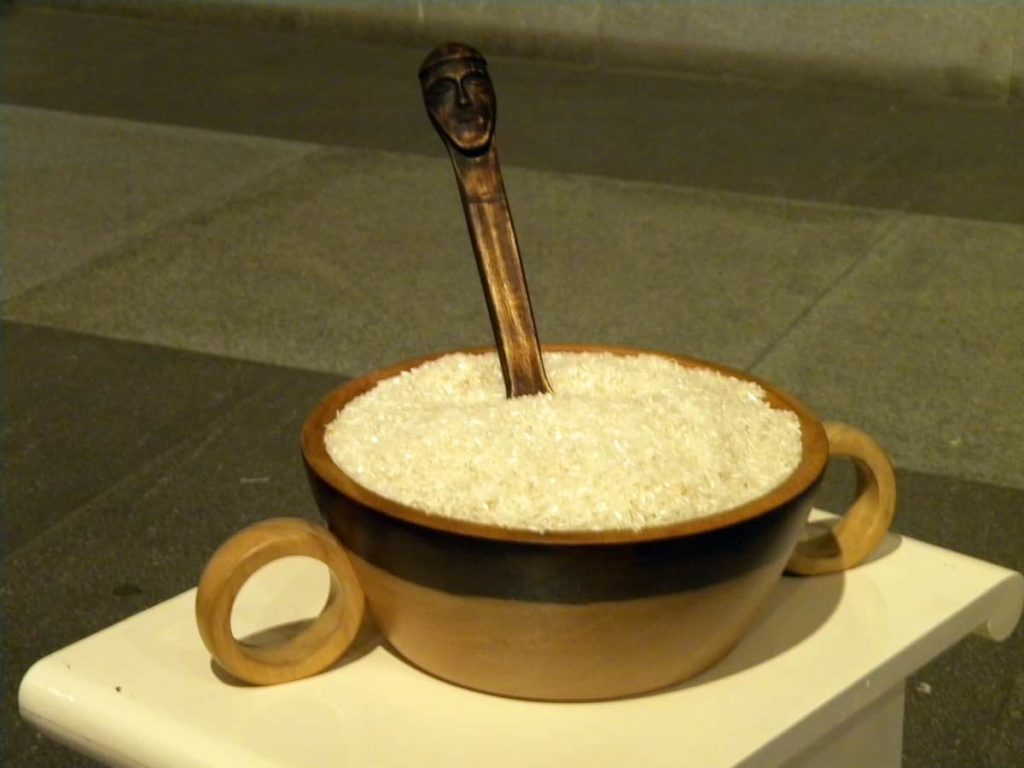 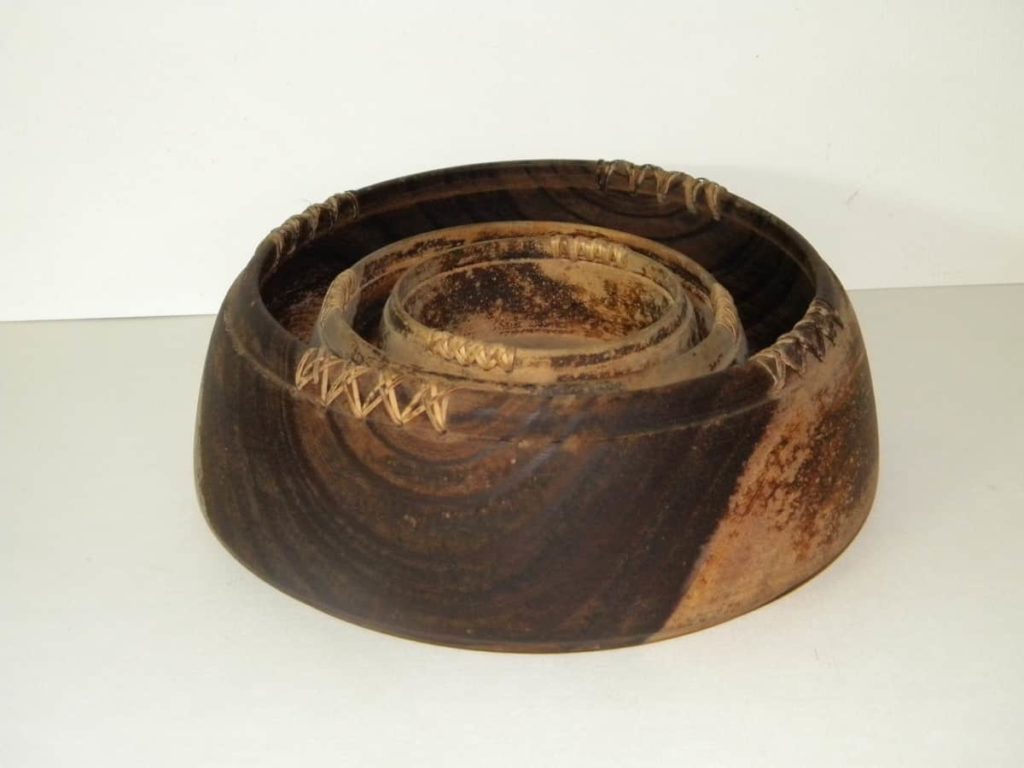 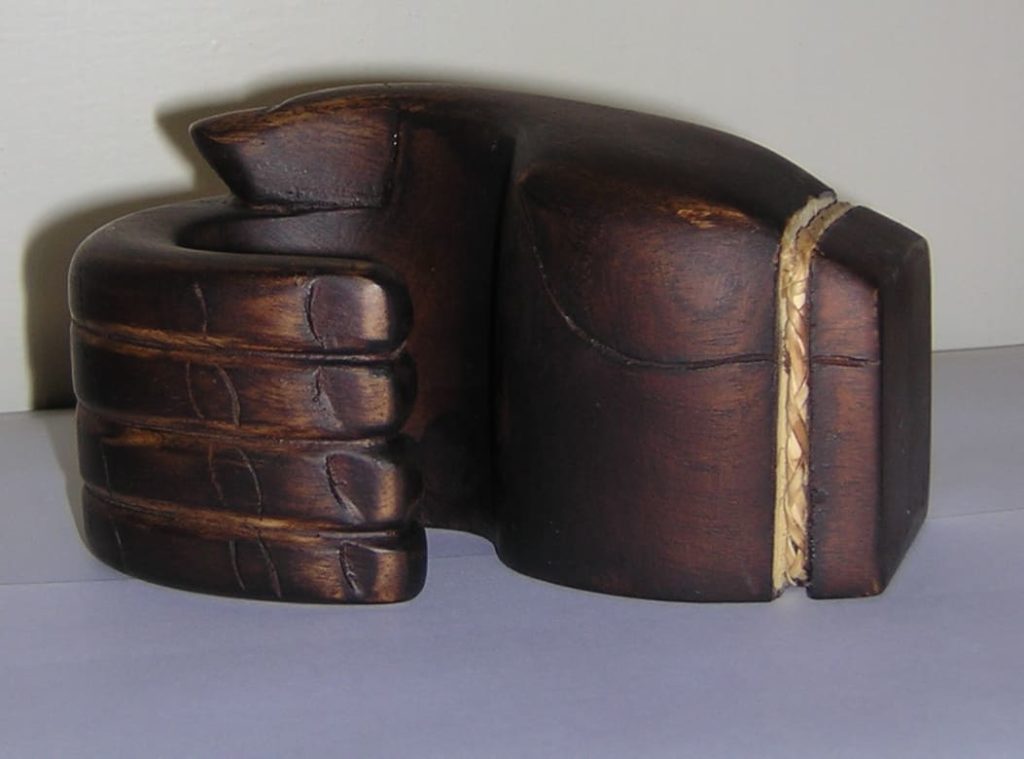 Ants Store promotes work from the North-Eastern states of India. They do development work in the area and run a store, cafe and community centre in Bangalore, where many come from those states to work. 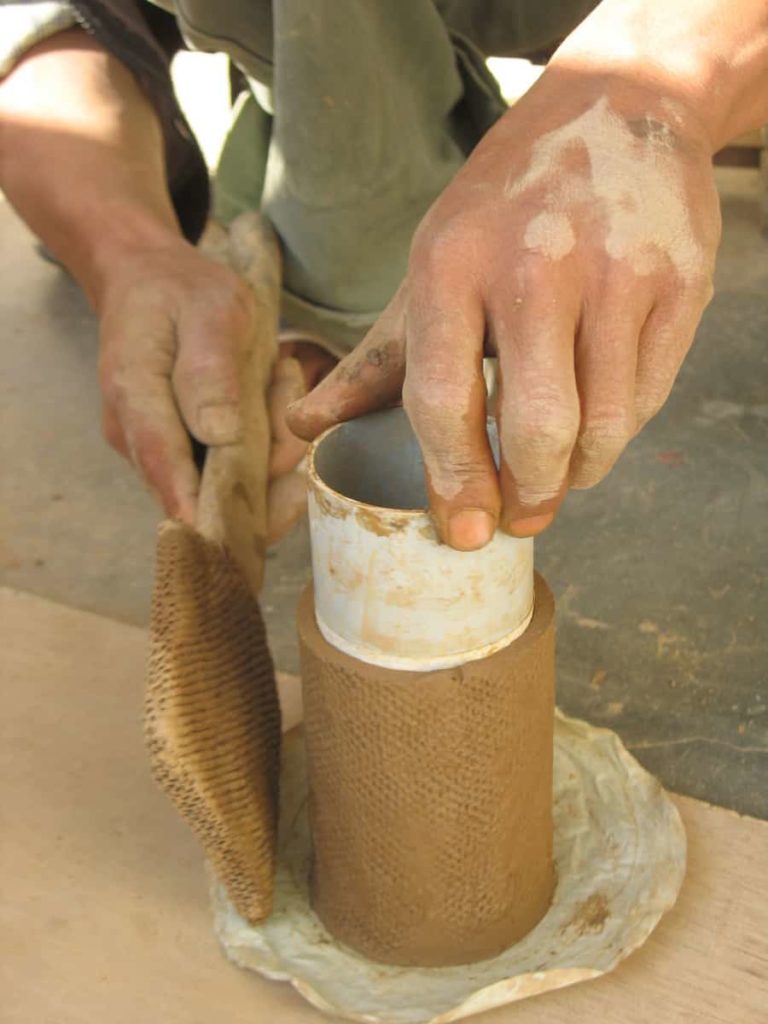 Ceramic process from Nagaland (courtesy of the Ants Store) 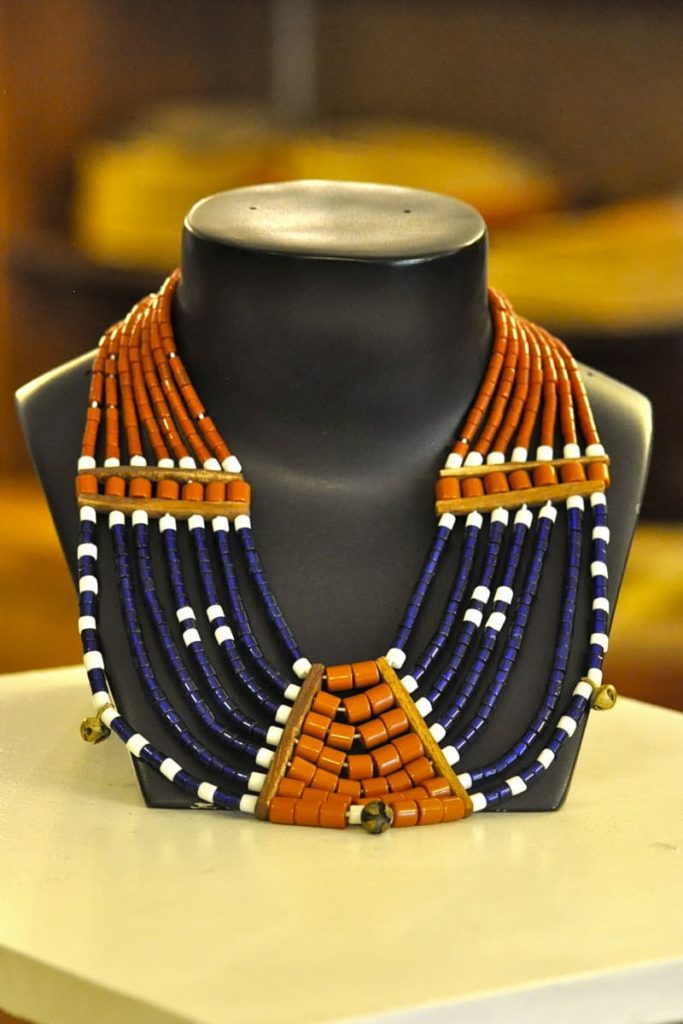 Necklace from Nagaland (courtesy of the Ants Store) 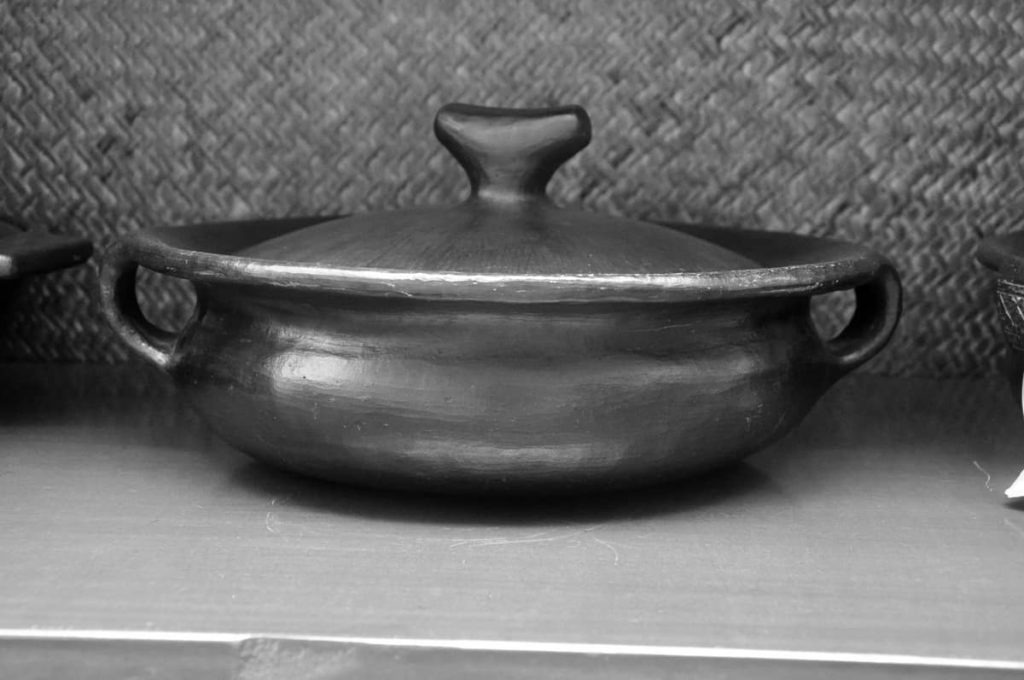 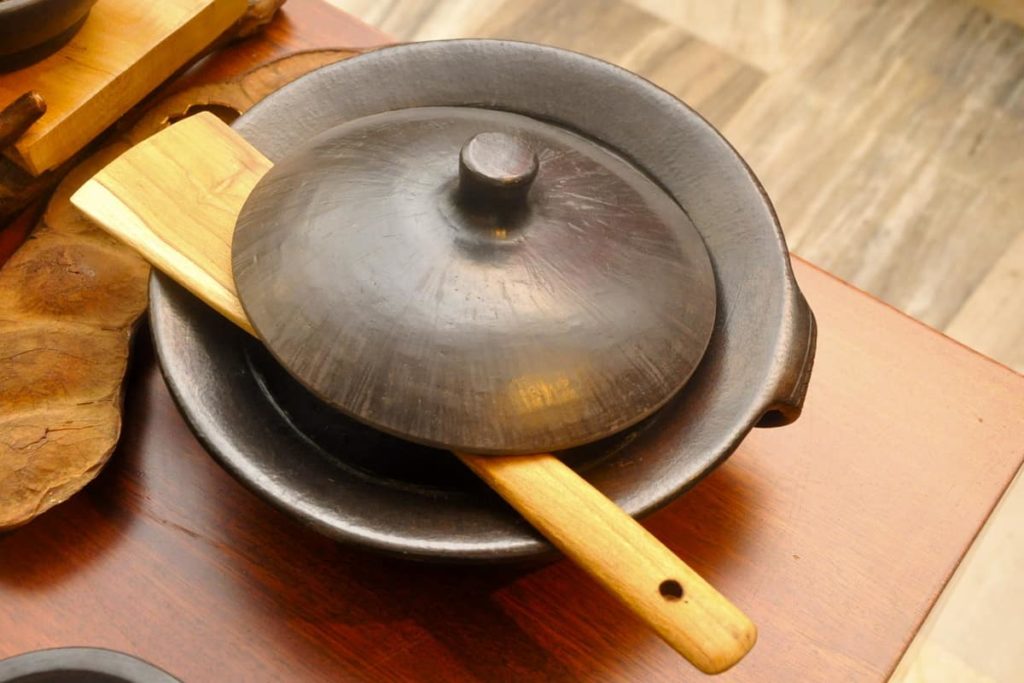 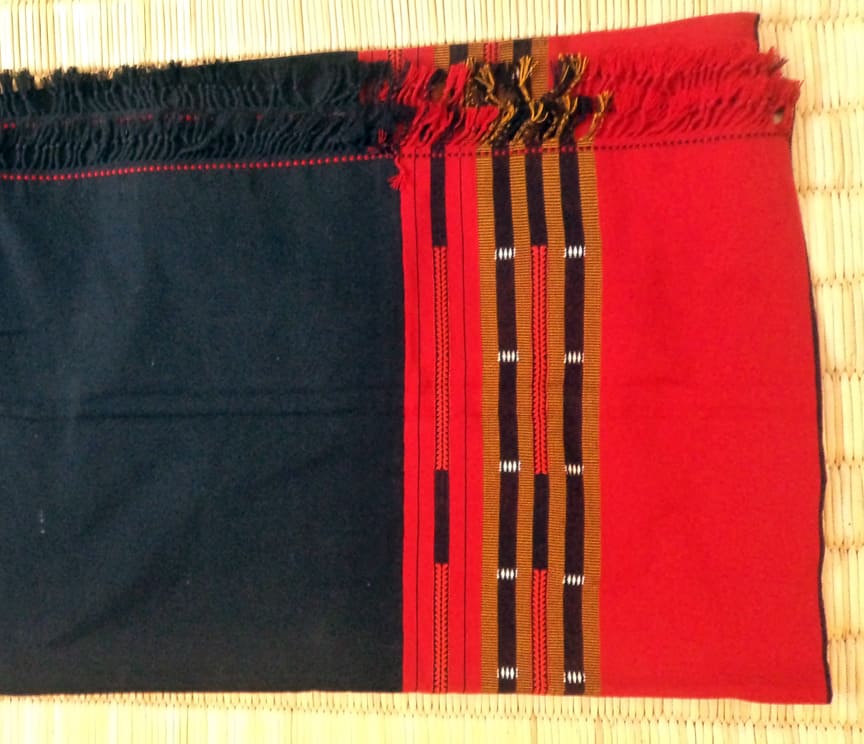 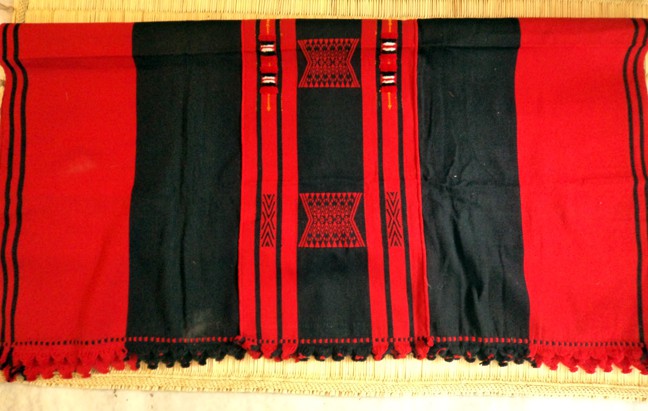 Saga Dawa: The blessing of the scriptures
FRACTURE - show on textiles at the Devi Art Foundation
Nature craft
Getting a handle on the making revival
Votive Horses of Poshina, Gujarat
Looking in looking out: Yogic practice and public art in Western Australia
Heritage Chic: The duality of tradition and innovation in the Kanjivaram silk sa...
Still: Kirsten Coelho’s ceramics