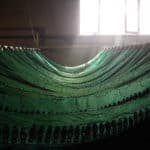 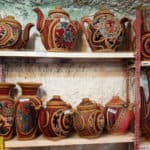 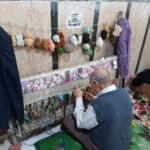 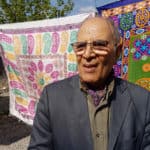 Seyyed Esmaeil Hayeri Oskuei travelled the world to gather batik techniques and then established a workshop in Osku, East Azerbaijan, which provides income for 100 families. 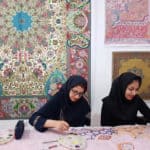 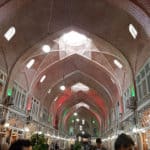 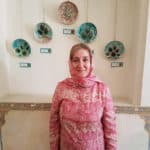 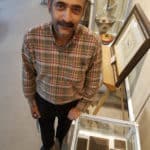 Bahram Taherian with his exquisite mehr kari work of metal inlay in wood. 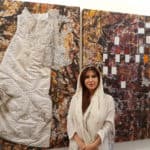 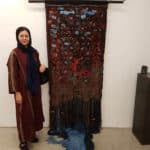 Afsaneh Modiramani next to her work for the exhibition about water in Iran. She has deconstructed a kilim from her grandmother to reflect on the impact of the land through drought. 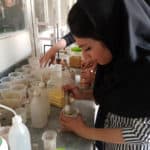 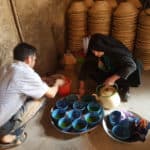 Making a sweet soup in the bowls of Lalejin. 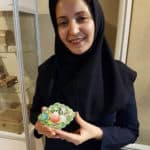 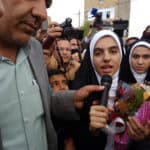 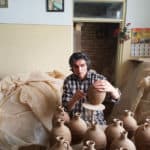 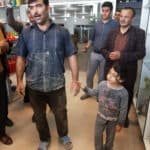 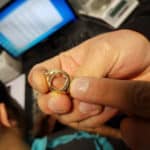 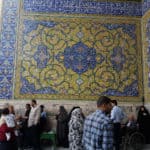 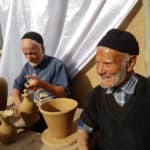 Haj Asgar Asgari, 87 years old and still throwing, much better than his likeness. 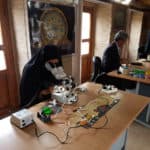 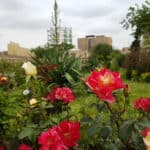 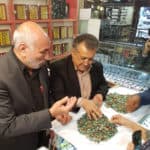 Iranians are legendary for their hospitality. Now it’s our turn to welcome them. Sanctions are lifting. Iran is opening up. After decades of conflict, now is the prospect of an Iranian world that makes a positive contribution to global culture. Garland seeks your support to imagine our world enriched by the splendour and unmatched skills of Iranian crafts.

The improvement of relations with Iran is shaping to be one of the major legacies of the Obama Presidency. The road to peace is long, and cultural differences will remain, but progress has been made.

In recent years, we have appreciated the unique creative language of Iranian film, with directors such as Abbas Kiarostami and Abolfazi Farhadi. Many of us find a path to the mystery of life through Persian poets like Rumi. Many of our homes are adorned by their carpets woven with their elaborate garden scenes. But our contact with their living Iranian crafts has been lost because of limits on trade and travel.

Iranians have joined other diaspora communities to make direct contributions to other host countries. Ramin Bahrani’s film 99 Homes tells a uniquely US story in an Iranian manner. In Australia, artists and writers of Iranian descent make an important contribution to artistic life. Hossein Valamanesh’s sculptures introduce an otherworldliness in our familiar urban spaces.

There is the prospect now of direct cultural exchange. Through the World Crafts Council – Asia Pacific, we are working with craft guilds and organisations to create a picture of Iranian decorative arts today. Though this, Garland is developing ways in which foreign designers and artists will be able to collaborate with Iranian craftspersons, through commissioning works or taking residencies. The Iranian diaspora can help us learn about the sensibilities of contemporary Persian culture. We need to commission these writers to produce articles that make this very specific translation of contemporary Iranian culture.

We are seeking your support to commission local Iranian writers for our special Persian issue, which will be launched at the World Crafts Council General Assembly in Isfahan, 24 September 2016. You can make a tax-deductible donation here.

As they say in Farsi, “mersi”.