Robin Best ✿ A tea journey in silver and blue

All the world is in a cup of tea. Camellia Sinensis, otherwise known as the tea plant, has spanned the globe and inspired not only tea connoisseurship but also the arts in myriad forms. From Emperor poets to potters; satirists to feminists; and painters to architects—all manner of creative forms have fallen under its spell. However, tea’s journey also navigates waters of social and political turmoil. The genteel veneer of painted conversation pieces with well-to-do families taking tea in the height of fashion amongst their tea paraphernalia become signifiers of something far more complex than just a sociable tea party.

The forthcoming exhibition A Tea Journey: from the Mountains to the Table maps tea’s origins in China and its voyage and reception into Britain. Early highlights to the exhibition will include Tang and Song dynasty tea bowls, handscrolls of the Wuyi mountain range (home to prized oolongs, Da Hong Poa and Lapsang Souchong) as well as a lidded Gaiwan from the British Museum with a poetic inscription by the Qianlong Emperor. One exhibit labelled “a sort of tea from China” is the first known sample of tea dating to c.1700 and will be on loan from London’s Natural History Museum—ordinarily under lock and key in the Sloane Herbarium. The exhibition also seeks to bring other voices into focus through new work by contemporary artists, many of whom reference ancient techniques and forms but pose new questions about tea’s social as well as artistic history. 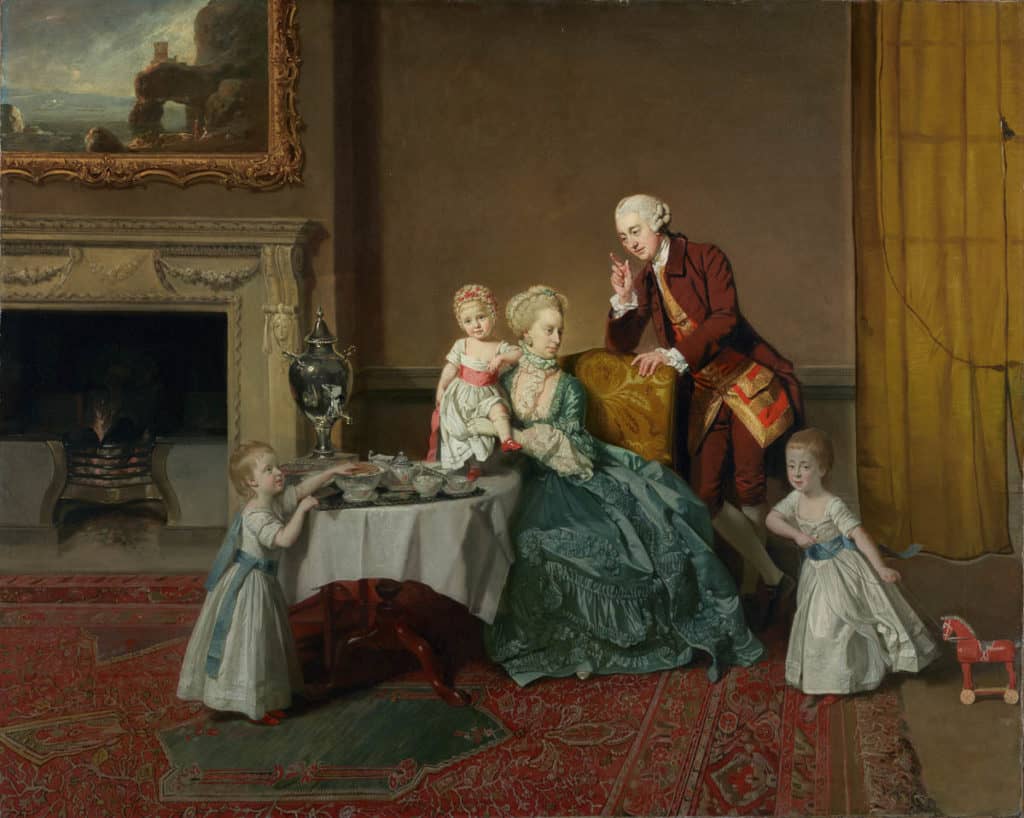 The work of Robin Best, an Australian-born ceramic artist who now lives and works in Jingdezhen in China (famous for its historic as well as contemporary porcelain production and once the site of the Imperial kiln), will take visitors to the exhibition on a journey through a garniture of porcelain vessels. Robin Best’s practice is very much concerned with history, and more especially the history of European trade and its association with scientific discovery and its attendant cross-cultural links with Asia and the New World. Best’s previous work The British East India Company – Trade and Colonise (2016, in the Collection of Minneapolis Institute of Art) tells the story of the cultural interrelationship between India, China, Australia and Britain and its arch rival, France. The breath-taking, epic series of vases weave complex iconography articulating the cultural and political links between these countries. Thus Sir Francis Drake’s ship The Golden Hind sails alongside seals of Queen Elizabeth I, while the lower section of a vase representing India, carries the image of a traditional seventeenth-century Indian cotton coverlet (rumal) which is held in the collection of the Victoria and Albert Museum in London. The upper part of the vase consists of motifs of Turkish origin often appearing in Indian chintz patterning. So the imagery swims between cultures just as the world began to open up across seas. As your eye travels across the vases, so the forms appear to hybridise and shift.

For the exhibition A Tea Journey, Best is creating a new work The British East India Company – the Silver Triangle which will present five unique, translucent vases, with each vessel displaying two distinct painted sides. One mirrors decorative historic conceits, the other questions tea’s narratives with the use of iconography. “The Silver Triangle” of Best’s title refers to the term coined to describe the value in silver bullion of goods traded between Britain, India and China from the seventeenth to nineteenth centuries. China exported much but imported little, so a trade imbalance was, in the early days, settled by payment in British silver bullion. In the eighteenth century, tea became a popular drink in Britain and could only be sourced in commercial quantities from China. In order to curb the flow of silver out of Britain to pay for Chinese tea, Indian opium (Papaver Somniferum) grown in Bengal under the control of the British East India Company, was traded in China through a series of middlemen to the Cantonese cohongs. The devastating effects of opium addiction on the Chinese population eventually lead to the Opium Wars.

On the first side of the five vase garniture, Best’s iconography highlights this tangled trade between Britain, India and China which underpinned the economics of the British East India Company operating in the eighteenth and nineteenth centuries. The reverse side of the garniture carries the cross-cultural imagery of popular export ware of the late nineteenth and early twentieth centuries. This was gathered from exotic and luxury goods which were traded out of India and China including painting, porcelain, silver and gems, embroidered silks and printed cottons as well as lacquer-ware. Best’s designs reflect these goods and also reference the vogue for all things Chinoiserie with blue and white “willow” painting alongside a “Famille Rose” pattern, and designs lifted from Indian printed cotton chintz for the British market. Such scenes speak of just how much the West has appropriated designs from China and India—a process mirrored by a similar method of appropriating tea culture.

On her method of working, Best has said: “I use the method of painting cobalt blue on high fired porcelain developed in the Yuan Dynasty and perfected during the Ming when cobalt was imported from Afghanistan over the ancient silk route.” The cobalt is applied with a brush that tapers to a very fine point and can be used to make both fine lines and washes. In both the means of production and the place where it is being produced, Best’s work continues the painted and productive traditions of Jingdezhen, where vast quantities of china were made for export to the West to be raised at the ritual of afternoon tea. The export of “A Silver Triangle” to Compton Verney’s exhibition will both narrate past voyages of export as well as create new dialogues. 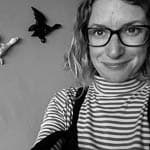 Antonia Harrison is Senior Curator at Compton Verney Art Gallery in the UK and lives in the Cotswolds. She is also Chair of the Gloucestershire Guild of Crafts – one of the longest standing Arts & Crafts Guilds in the UK. Her current project is a thematic exhibition due to open this summer: A Tea Journey: from the Mountains to the Table (6 July – 21 September 2019) which features the work of contemporary ceramic artist Robin Best. / Instagram: @harrisonantonia2019 and #ateajourney

One person’s culture is not another culture’s craft
Kôgei between Japan and Brazil: The ceramics of Shoko Suzuki
Embracing unpredicability: The collaboration of Laxma Goud and Adil Writer
Augmented reality: From the art of intervention to the craft of public engagemen...
The Outback through Afghan eyes
A Shanghai lei over: the plastic jewellery of Lauren Simeoni
The art of repair: Keiko Ikoma's subtle kintsugi
They remember those who do not speak: Madhvi Subrahmanian's recent ceramic works