Saga Dawa: The blessing of the scriptures 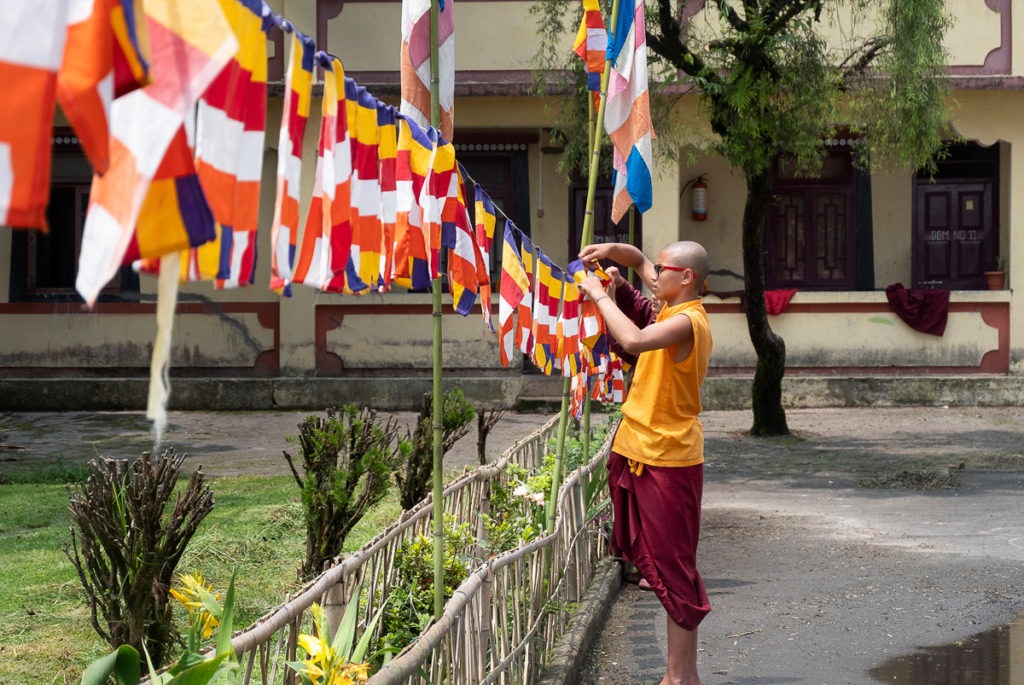 Shruti Agrawal fulfils her father-in-law’s dream to visit the fabled Himalayan town of Gangtok, where she witnesses a remarkable Buddhist rite that brings life to sacred wisdom.

Every year in the month of May when most parts of the subcontinent are braving the Indian summer, the distant eastern Himalayan town of Gangtok is abuzz with many a traveller enjoying its cool balmy weather.

In May 2018, fresh from a decade long stay in and around the hills of Florence, I too joined their ranks. A trip to Gangtok was my way of escaping the muggy heat of coastal Mumbai. Actually there were two other more significant reasons. The first was the desire to visit a dear friend whom I had not met in ten long years. And the second was to live the long-standing dream of my just deceased, avid mountaineer and antique collector father-in-law: to take a ride in the heritage Darjeeling toy train and to return to the Majestic Kanchenjunga for the second and most probably the last time. 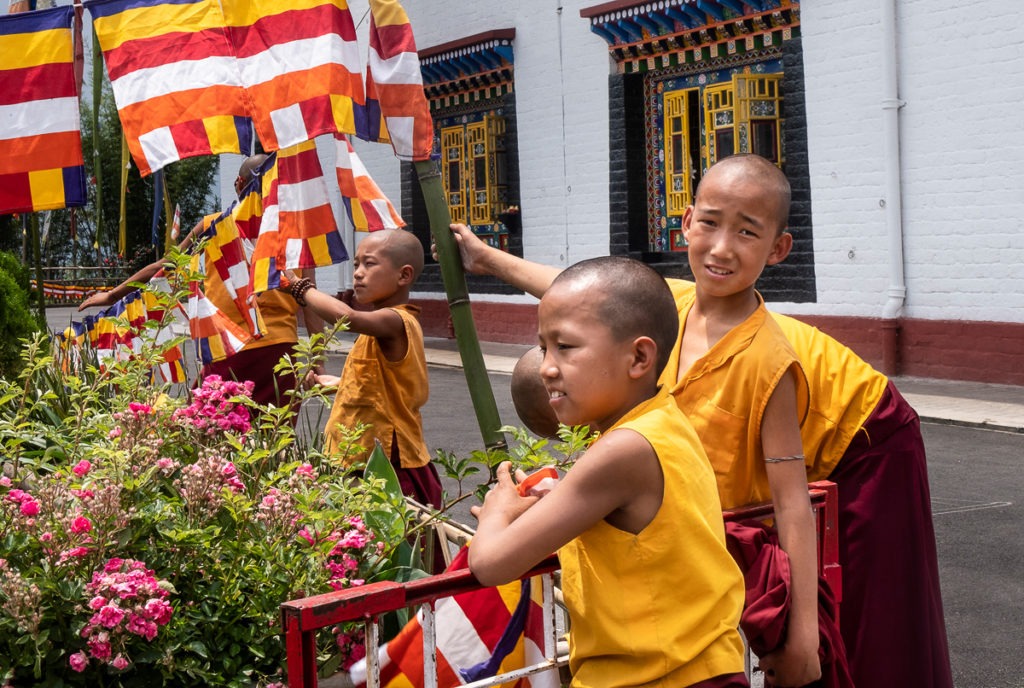 With my five-year-old son, a friend and my new camera in tow, I flew across to Bagdogra. The six-hour winding drive from the airport until Gangtok was broken with an en-route three day stay in the world’s finest organic tea growing area, the famed Darjeeling. The idyllic life of those misty hills in the care of its genteel people played the perfect prelude to our arrival in Gangtok, the capital city of Sikkim.

Gangtok sits proudly at 1,650m cradled by the majestic snow-capped Kanchenjunga. Its blue skies, the distant mountains, the winding streets flanked by carpets of green and bursting with spring-like blossoms, were a nostalgic reminder of many a family trip to the Italian Alps. The serenity of this natural habitat is perfectly offset by its vibrant Buddhist inspired culture, be it the artistry of its local monasteries, the abundance of artisanal arts and crafts, its unique organic vegetable markets or its tingling local flavours and recipes.

As days passed by in the company of old and new friends, I was struck by the extent to which their seemingly modern lives were steeped in ritualism and unrelenting religious and social conformity. Elaborate altars in homes, hours dedicated to prayer each day, donations to local temples, offerings of butter lamps, seeking the blessings and advice of priests on important personal matters, formed a part of everyday Sikkimese life. This was so not only for the native Sikkimese Buddhists but also its large Nepalese Hindu population. 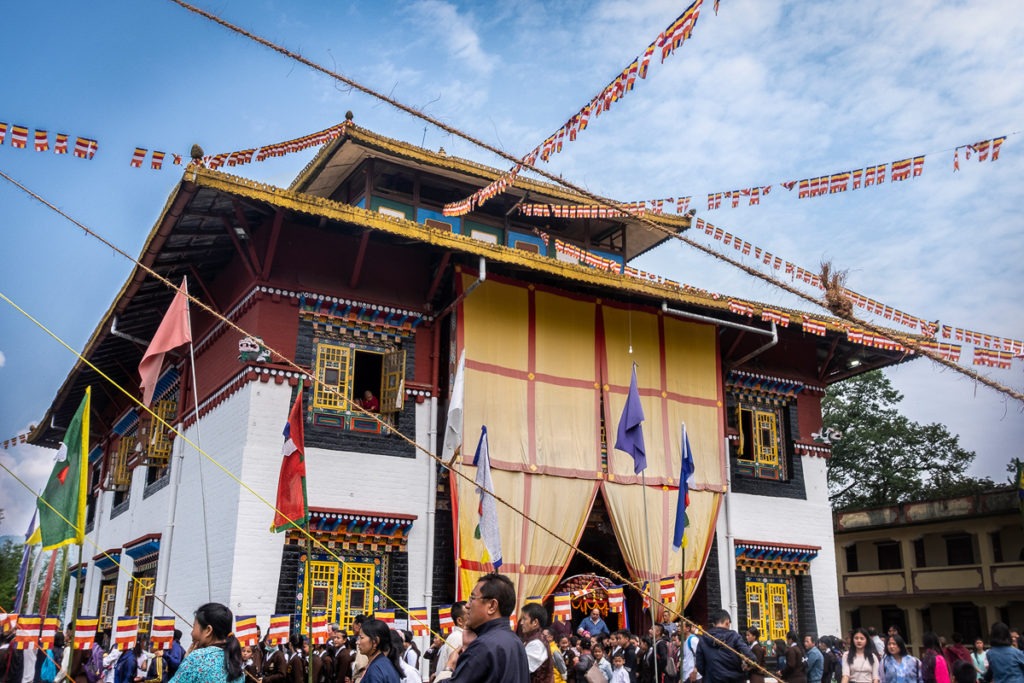 The Late 19th Century Tsuglakhang Palace Monastery All Dressed Up and Bustling with Students, Families with Children and the Elderly

My growing curiosity found further delight in the news of the upcoming Saga Dawa festival. Saga Dawa is celebrated on the full moon day of the fourth month of the Tibetan calendar. This day celebrates the three events of the Buddha’s life: his birth, attaining enlightenment and entering into Nirvana. I felt fortunate to be in Gangtok in time to witness this annual festival.

A short trek up from the city centre one morning, led me to the peaceful and expansive Palace grounds. At its centre stands the majestic two-storey Tsuglakhang monastery fondly called the Palace monastery. This late nineteenth-century traditional Sikkimese-styled structure, with its white walls and intricately painted windows and doors was once the seat of marriages and coronations of the Sikkim royal family. 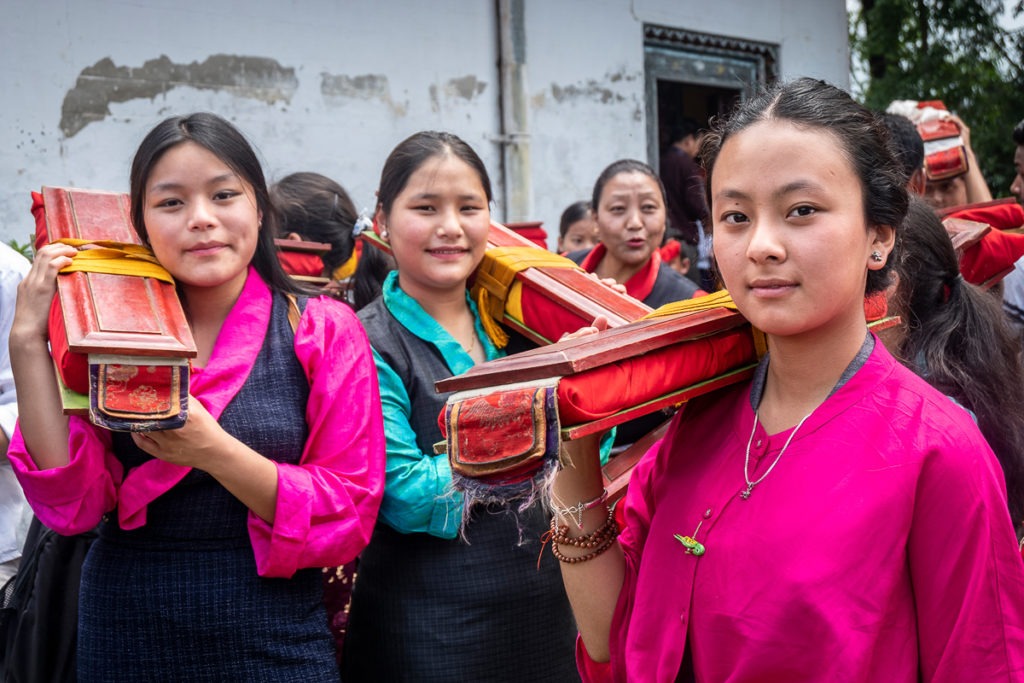 As I enjoyed the cool mountain breeze at this hilltop monastery, my camera followed the palace grounds which were dotted with young monks engrossed in preparations for the upcoming festival. Delightful groups of little monks seemed at home, excitedly buzzing between short bursts of work and huddled playful activity.

The next morning I hurried my son up the hill to join in the festivities. The quiet palace grounds had transformed themselves with the royal Tsuglakhang monastery offering the perfect backdrop for the annual Saga Dawa celebrations. Hundreds of school children, families with the elderly and children in tow dressed in traditional attire gathered here under the blue skies. 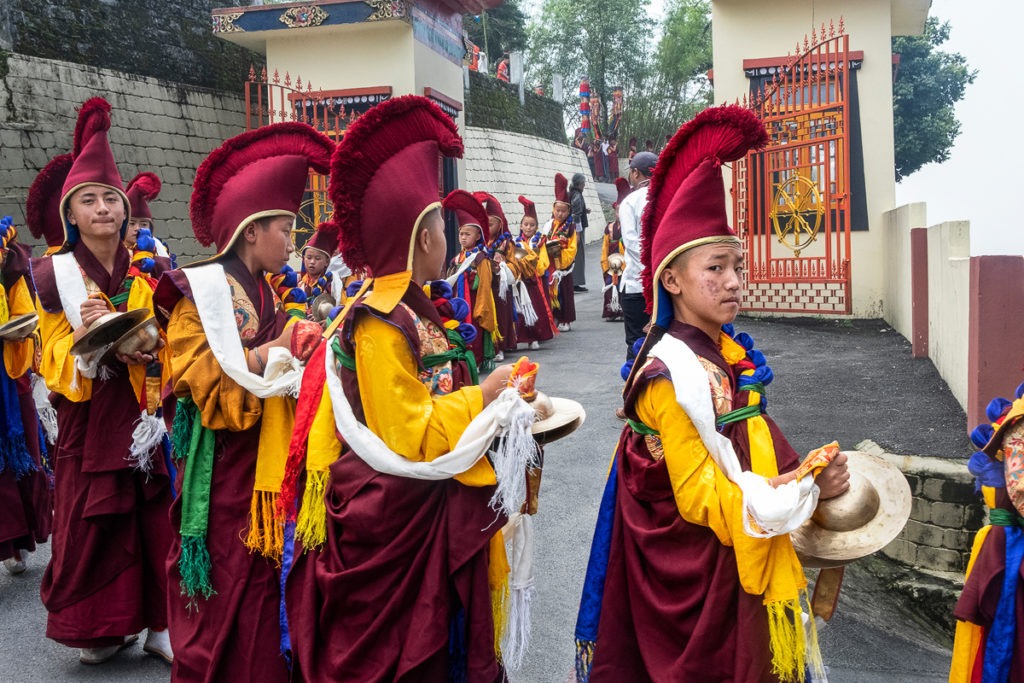 Devotees lit hundreds of butter lamps and the expansive Palace lawns came alive with dance renditions based on the three events in the Buddha’s life by little monks no more than twelve years of age. The ensuing monk dance to the slow rhythmic sound of traditional instruments culminated in a colourful procession.

In one corner of the monastery, groups of students, young boys and girls, women and men were emerging from one of its doors, each with Buddhist scriptures firmly rested on one shoulder. Soon a serpentine procession led by monks holding ornate brocade banners and traditional instruments, followed by throngs of devotees carrying scriptures made its way for the ceremonial round of Gangtok’s winding streets and back. 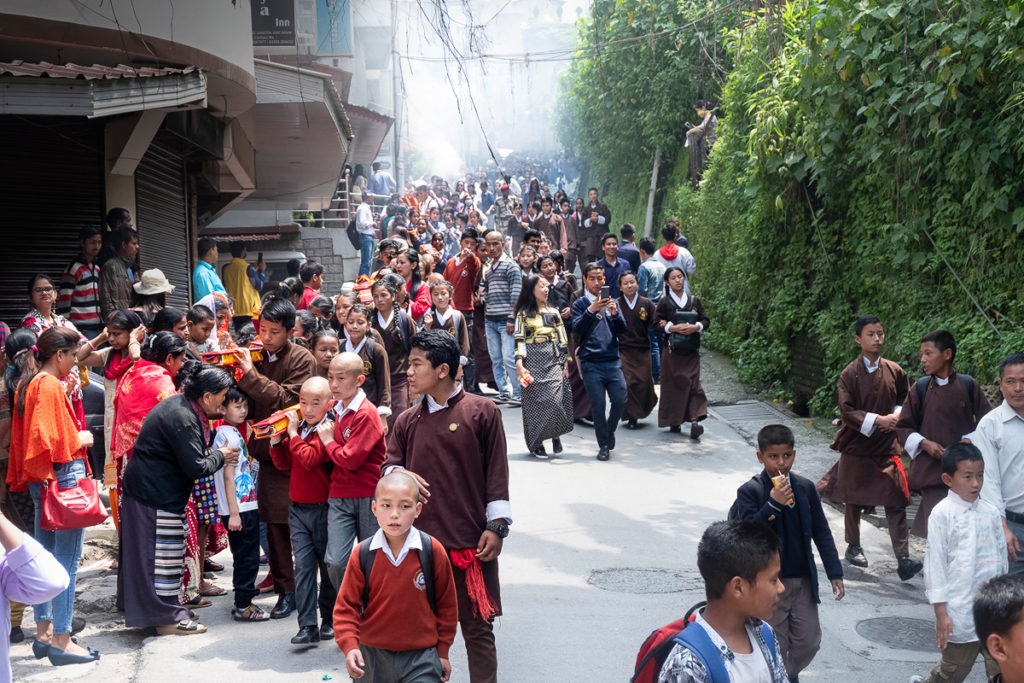 Getting one’s head touched by the scriptures is considered a great blessing and hundreds of people lined the streets with their heads bowed in reverence. As the procession made its way, I lost breath and pace. Hours, days and now years pass by and the sound of that rhythmic clamming of traditional instruments, the smell of the incense-filled misty mountain air, the sight of the streets flooded with throngs of people, Saga Dawa the festival of the Sikkimese, remains etched in my heart.

I came to Gangtok to breathe its Himalayan air and I left with a promise to return to its intriguing people and culture. 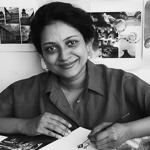 Shruti Agrawal is a first-generation Mumbai based jeweller with a flair for design. Fresh from a decade long stay in Florence, this year marks the beginning of several projects including a photo documentary titled “Hands that create magic”. Following her lectures on Indian jewellery traditions, her photo project trails the fascinating stories of ornaments and their creators, the world they live and work in across the vast Indian Sub-continent. All photos are by Shruti Agrawal.

Craft classic: New moves for the old sari
Sindhu - The river line: A dialogue
The kaavad: from devotion to decoration
Many stitches in time: the work of Annabelle Collett
Votive Horses of Poshina, Gujarat
The Bolga basket: Ahmedabad comes to Accra
Remembering Kala Pani: Presencing memory objects
FRACTURE - show on textiles at the Devi Art Foundation