Shimenawa: Hidden meanings behind the twisted ropes at Izumo Taisha 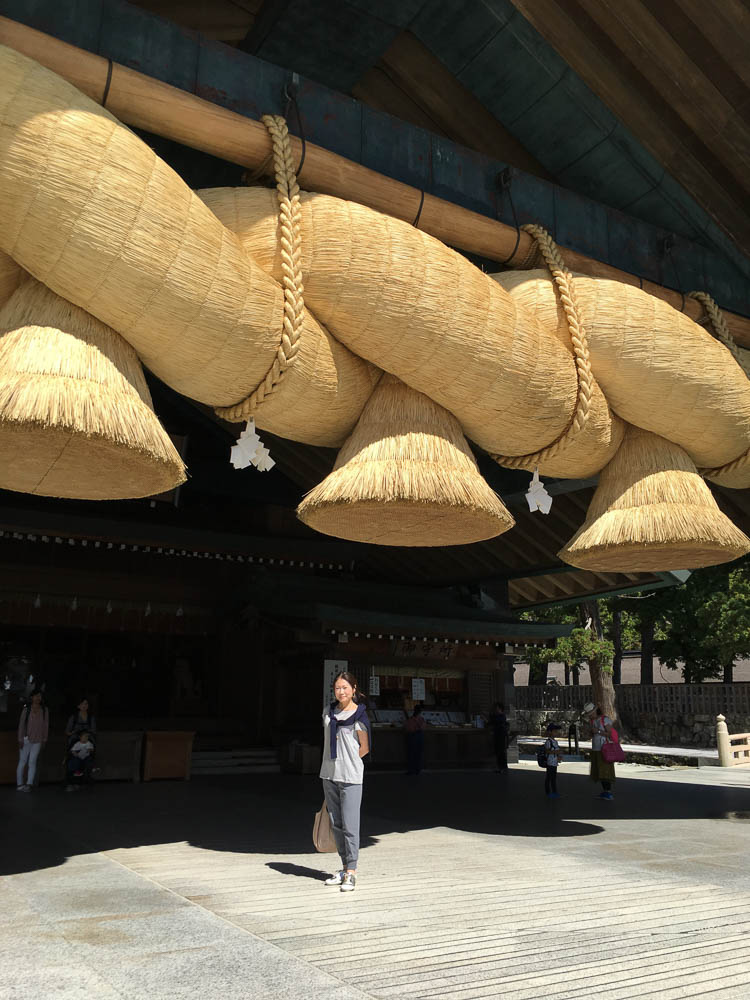 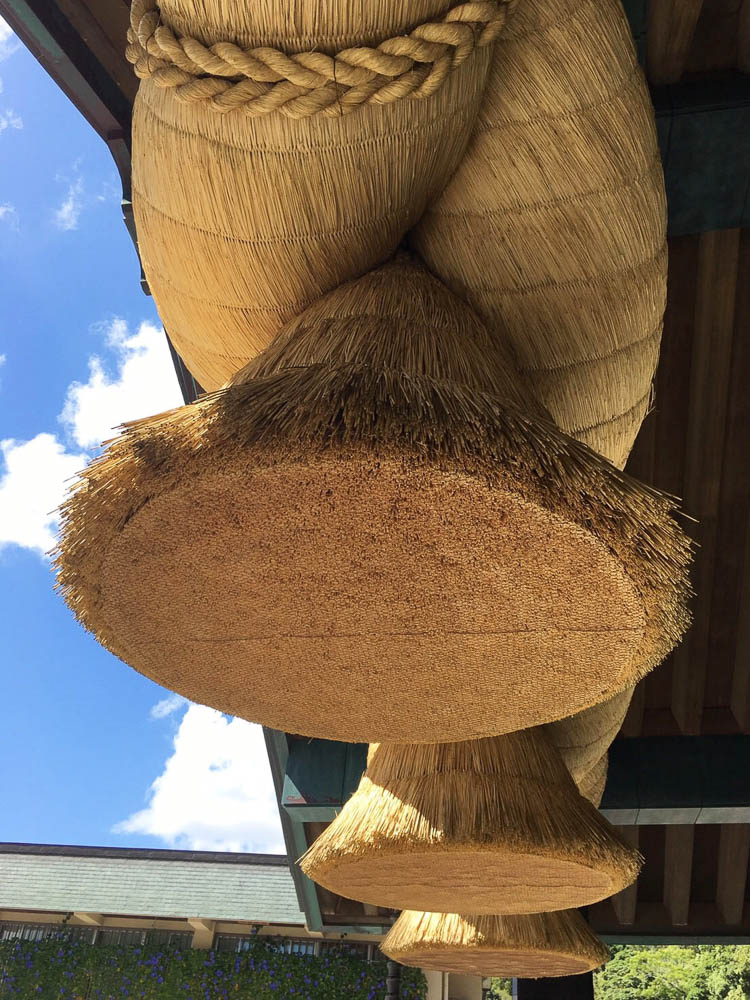 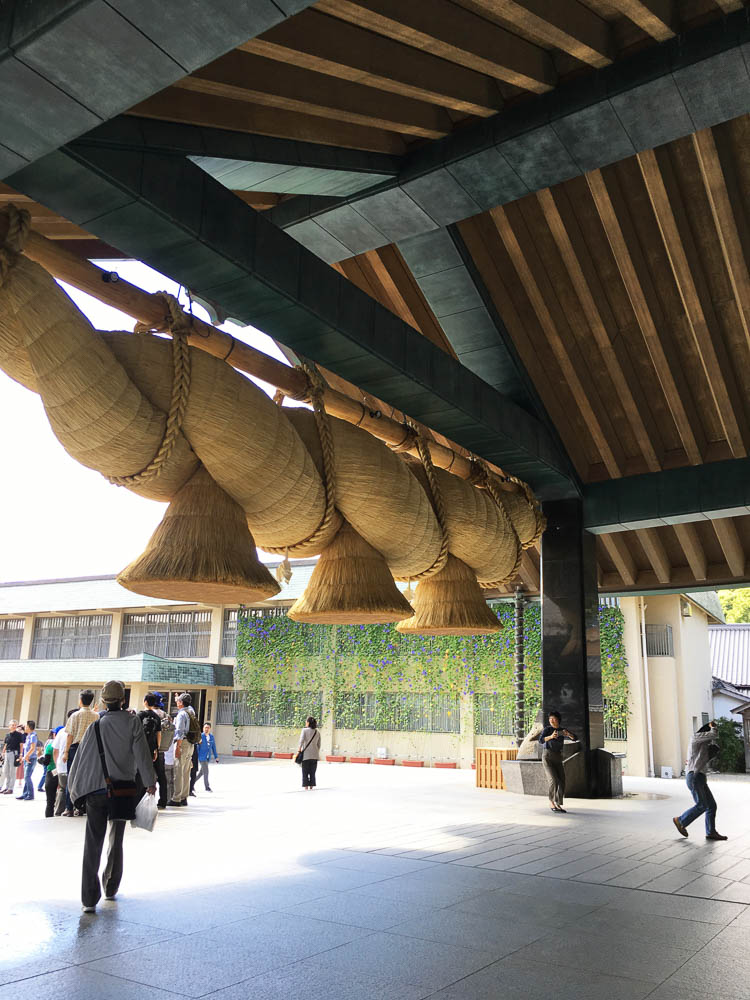 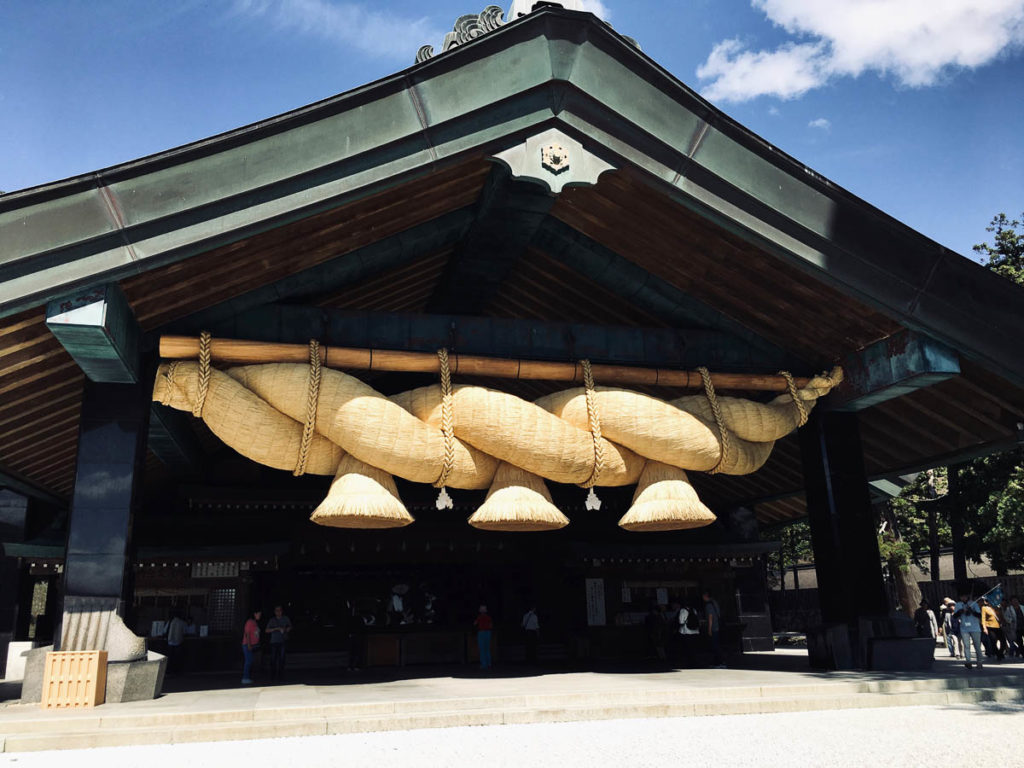 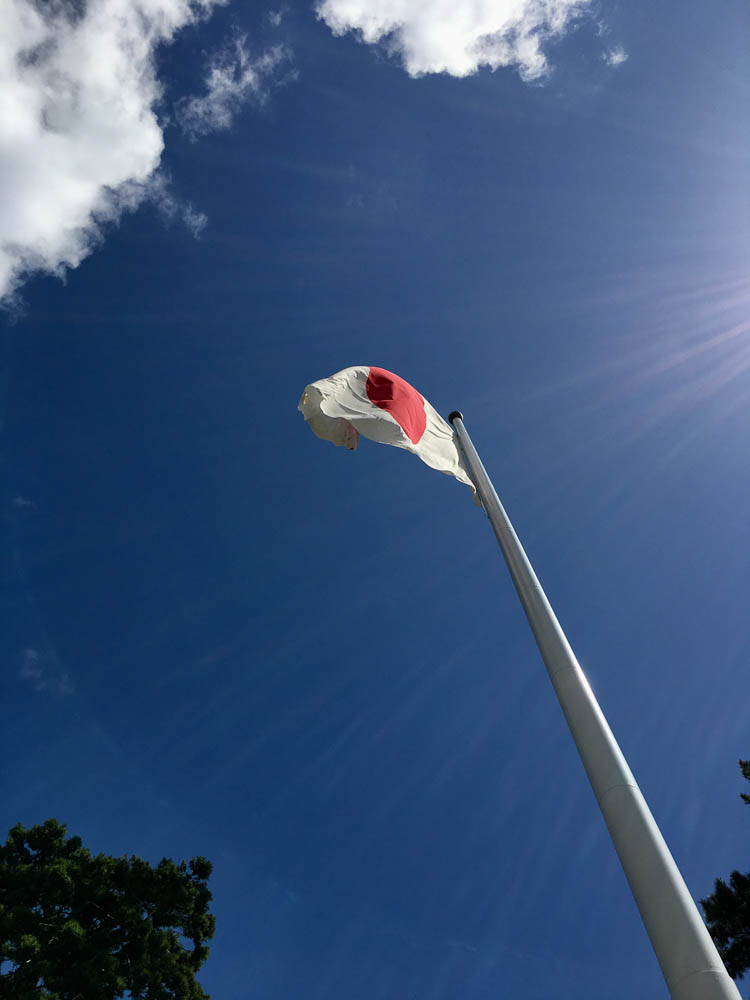 There are more than 80,000 shrines in Japan. That’s more than all the convenience stores located almost every street corner of Japan. (If you have been to Japan, you know what I mean). So I looked up my neighbourhood and counted how many shrines in the area. There are at least six shrines within walking distance. When you hear the word shrines, you might imagine a traditional wooden structure with an entrance gate, but not all are the same. One can be easily found in the middle of the urban city next to a grocery store, almost as if someone makes a quick stop after shopping on a way home. On the other hand, there are shrines hidden in the mountain or deep inside the cave that are hard to be found or reached. What is fascinating about the Japanese shrines is that they don’t require special reasons for a visit. Wherever it’s located, they are always open to the public, and there are no admission fees. Nor are there limits on visiting time, though much respect is taken when visiting.

A shrine is called “jinja” in Japanese, meaning a place of kami god(s), which is very different from the Western concept of God. Based on Japanese ancient Shintoism, “way of kami” (traditional religion of Japan), kami is a result of being visualised. The sun was the first model which was analysed to understand the time and space: day/night, light/darkness and also god/human. Mostly through the natural world, the concept of kami was recognised and even more formalised. For this reason, the best English translation of kami would be “spirits”. Kami can refer to beings or to an essence of existence, or mystical elements. Kami is in almost everything and is found almost anywhere. While kami often inhabit material things, powerful forces of nature like storms or earthquakes are also believed to be kami. Since kami possess a specific harmonising energy, called musubi (“connect a pure sincerity”), jinja have become a very sacred place for Japanese.

At jinja, the notion of sacredness is represented in the form of shimenawa, a twisted rope laid across the front of a sacred zone. “Shime” means hold or embrace, and “nawa” means rope. It is believed that this twisted rope keeps the impurity away from the kami’s place, and marks the boundary between the sacred side and the outside world. Whatever kind of kami is enshrined, most jinja have the shimenawa across the entrance marking its sanctity. Like a gold woven necklace, or a simple Hawaiian-like lei, or a Christmas garland, but without the decorative sense, Japanese shimenawa is one size fits all. By entering kami’s space, you get to adorn yourself with this beautiful object of purity, preciousness, noble, one-of-a-kind and priceless. It suggests a form of greeting.

Shimenawa varies in size from a few centimetres to several meters long. The one at Izumo Taisha (Izumo Grand Shrine) is especially impressive. It is the biggest in Japan, measuring 13.5 metres long, 8 metres in diameter and weighs 4.5 tons. When I visited Izumo Taisha for the first time, I felt physically trapped under the giant rope, thinking about how in the world such shape came to be. I dwelt under the shadow of the massive twisted rope feeling not only the physical weight of the rope, but also its presence inhabited by the symbolic meanings.

Shimenawa consists of three elements. Traditionally the rope is woven from hemp, but given shortages due to the legal restriction on the cultivation of the plant, dried rice straws are commonly used today. It is usually twisted thicker in the middle and tapered towards both ends. “Shide”, which are zigzag-shaped tassels-like streamers made from washi (Japanese rice paper), are adorned across the twisted rope. Shide varies in amount, but are always in uneven numbers for a sacred reason. And there is a suzu, a large bell which hangs from the centre of the twisted rope. These elements are symbolic and protect kami’s border. The twisted rope represents clouds, indicating the line between heaven (kami) and earth (human). Shide represents thunder, indicating kami’s descend from heaven. Suzu is lightening, indicating the purification with the sound of the bell.

To visit Izumo Taisha is to look up the sky (clouds). In fact, the place, Izumo spelled in Kanji (Japanese characters) means “clouds appearing”. It is believed that deities from around the country ride on clouds when they gather at Izumo Taisha.

What also makes the Izumo’s shimenawa special is not just its size, but also the place which enshrines Okuninushi-no-okami, who was the creator of the land of Japan and the ruler of Izumo. He is the main deity at this grand shrine and known as Daikoku, the deity of “En”, meaning happiness and good fortune. Daikoku is a matchmaker, not only for intimate love relationships, but also health, fertility, money and business. The shimenawa at Izumo Taisha attracts many from all over the world to be blessed for a good matchmaking.

The making of shimenawa for Izumo Taisha is a tremendous task requiring three months and the installation demands strong teamwork of labour. Every six years, shimenawa is scheduled to be replaced, due to nature’s deterioration of the rice straw.

The choice of material may have been associated with Japanese rice cultivation history. Rice farmers prayed for a good harvest by welcoming kami with shimenawa placed in the rice field which was made with their rice straw. They believed that the lightning would enrich the farm soil.

Shimenawa is used for various occasions – to celebrate, hope and protect. The highest rank sumo wrestler in Japan is honoured with a special shimenawa around his waist for the ceremonial events to show his dedication to kami. Shimenawa is sometimes placed directly onto things, such as rocks or trees, so they can be worshipped as kami of a rock or a tree. In Japanese homes, it’s a traditional new year decoration to hang a small shimenawa above the front door to welcome the new year kami into one’s home. This particular shimenawa used for the new year is called shimekazari and many people create their own shimekazari to start a new year.

There are so many shrines in Japan that fulfil the meaning of life for Japanese who share their lives with kami. Next time when you visit Japan and if you happen to see the shimenawa, you are very close to kami.

Izumo Taisha is located in Shimane Prefecture which is just north of Hiroshima, about an hour flight from Tokyo. 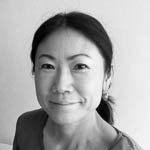 Sayumi Yokouchi is a Japanese jewellery artist, based in Tokyo, Japan. She explores materials and processes while engaging with her hands through various techniques. She has trained in the US, Europe and Japan.  She’s also an active educator in the field of art, design and contemporary jewellery and has taught and gave workshops at many schools worldwide, including US, Europe, Chile, Argentina, Hong Kong, Thai, Armenia, Japan. Her work has been exhibited internationally, currently selected works are shown in Padua, Italy, Pensieri Preziosi 14 at Oratorio di San Rocco through February 2019. www.sayumiyokouchi.com