The road to Kilombu crosses many borders 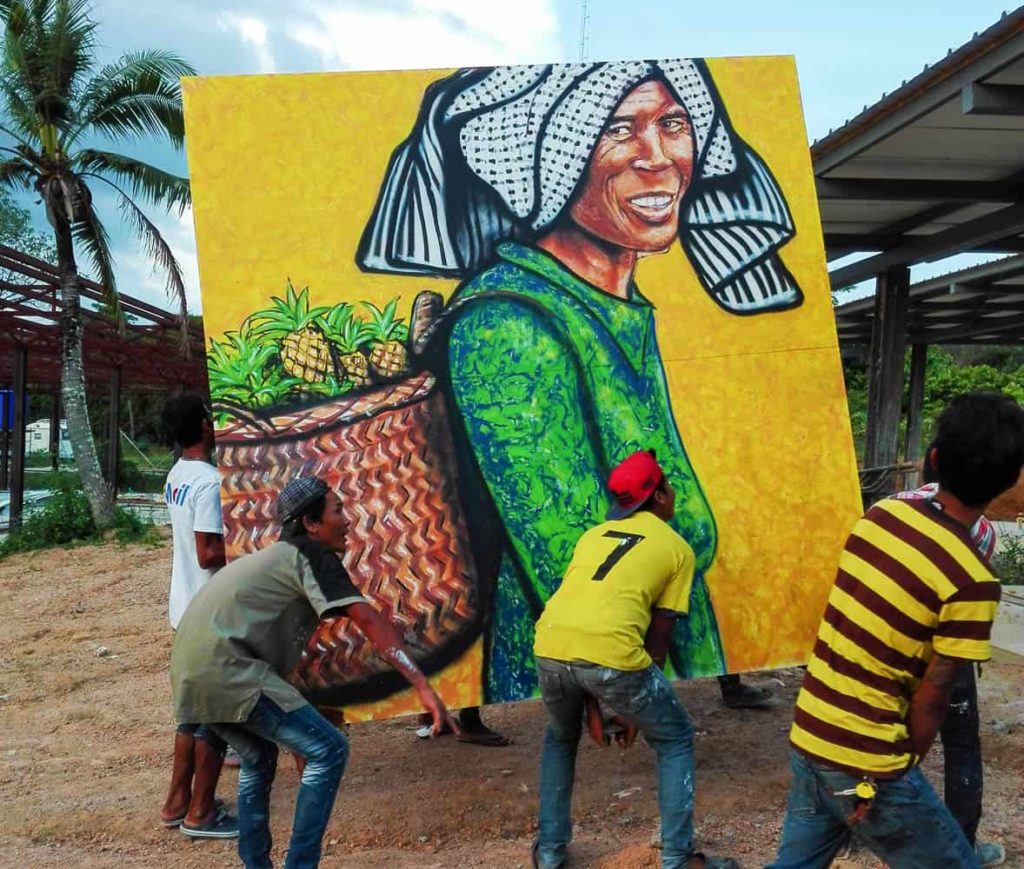 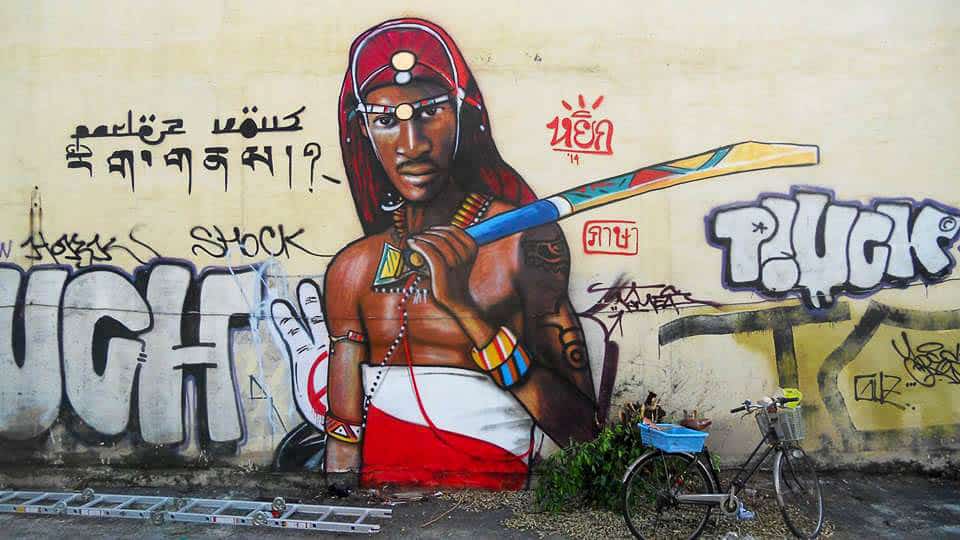 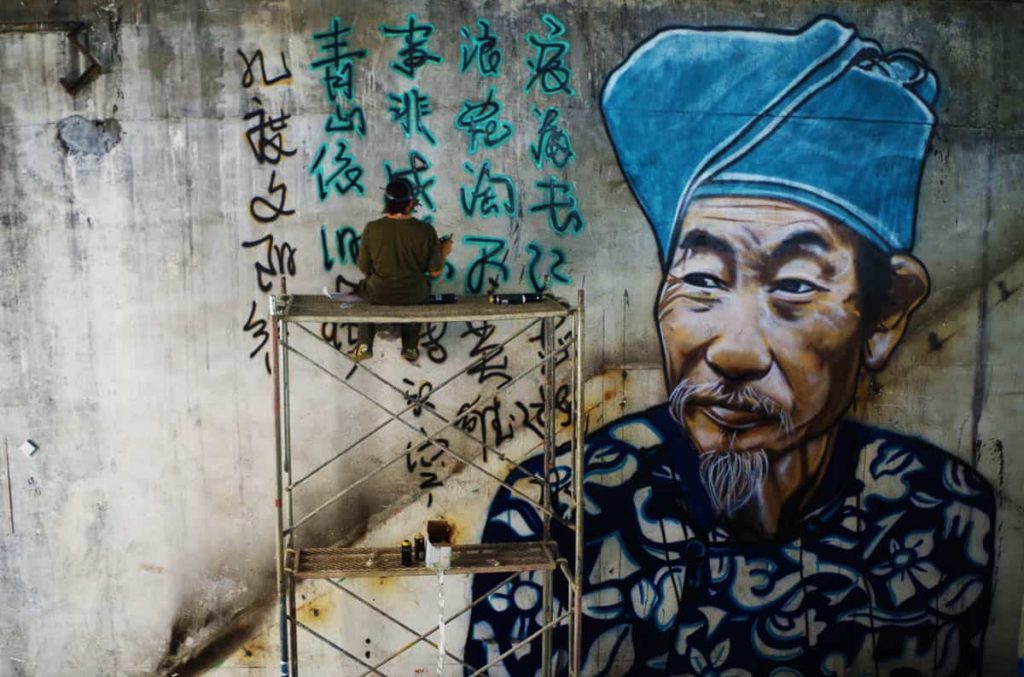 “Strong eye contact and contemplative side glances take the viewer into the minds of my subjects, who often appear stoic and patient.”

Welcome to Kilombu, an island nation where oppressed cultures, particularly from the tropics and global South, can build an independent nation. The Embassy of Kilombu has organised an exhibition in Bangkok at Atta Gallery of silver amulets, carved with Pa’som hieroglyphics promising spiritual power to the bearer.

According to the embassy statement:

It is widely thought that the intrigue surrounding the Azomanu, Earth god of the mysterious Kilombola, first inspired the trend for exotic Kilombu jewelry; particularly the amulets and Mbunzuvuko (sango Pa’som language, “evolution”, “enlightenment”) bracelets. In fact, the interest in Kilombu motifs wasn’t widespread until recently, when Kilombola and Chinese artists began collaboration to popularize fine silver jewelry featuring the enigmatic aesthetic. Each piece of this collection was handmade through traditional Naxi silversmithing techniques. All pieces were designed and produced by artist, Cecê Nobre and silver master, Yang Can Jun.

So who is this Cecê Nobre? Cecê is an embodiment of world culture. His life bridges Latin America and Asia through a mixture of creative drive and solidarity. It helps to know his story.

Cecê’s mother was a USA citizen of Irish-German ancestry who practised as a Baptist missionary. In Brazil, she met a Paraguayan-born man of mestizo background who identified as Brazilian. Cecê grew up in the USA, but considered himself Brazilian. He went back to live in Paraguay when he was 17 years old. He then returned to the USA where he did a Bachelors degree in Anthropology and started painting.

He adopted the name Cecê Nobre as a reference to the modernist concept of anthropophagia, which celebrated Brazilian culture as a “cannibalisation” of other civilisations. Cecê is the sound of the letters CC, which stands for Cultural Cannibal, and Nobre means “noble”, as in the colonial ideal of the “noble savage”.

Cecê returned to Paraguay in 2006 to escape the US lifestyle and return to the comfort of his culture. In 2008 he moved to Brazil, but he was denied a renewed visa because he admitted to living in one of the slums and had no bank records.

So he had to find another country, just like Brazil. He decided on Thailand, which he’d studied at university and seemed to have similar weather and challenges of a tropical culture, such as tourism. It also reflected his leaning towards Buddhism.

In the meantime, he had established himself as a muralist. This involved working with communities to adorn walls with content that reflected a defiant pride. He always worked freehand, rather than using stencils  like Banksy. 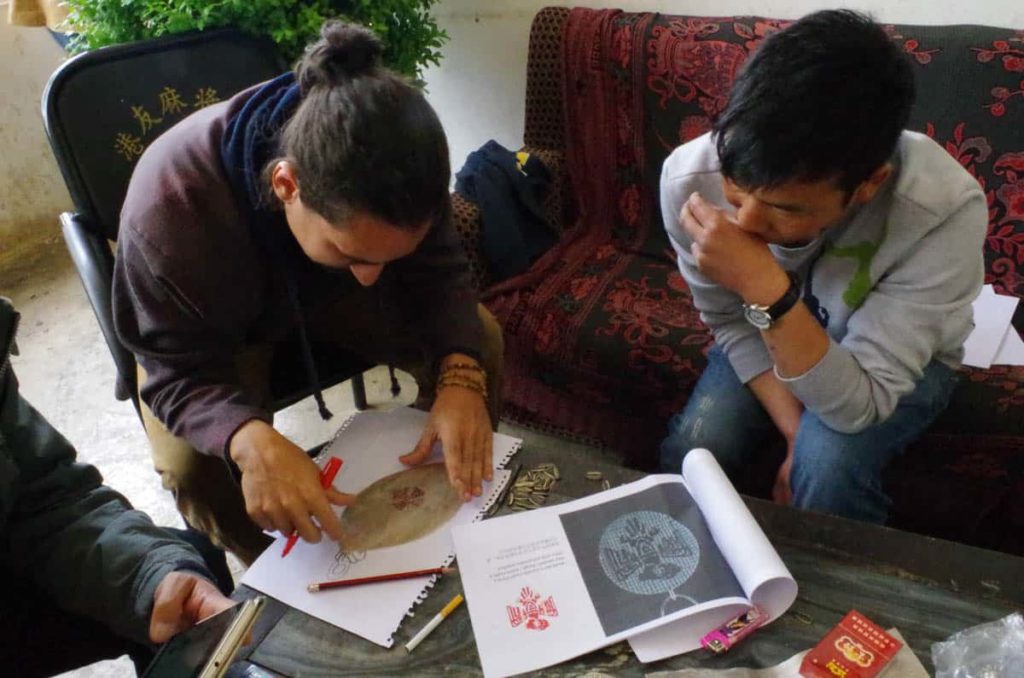 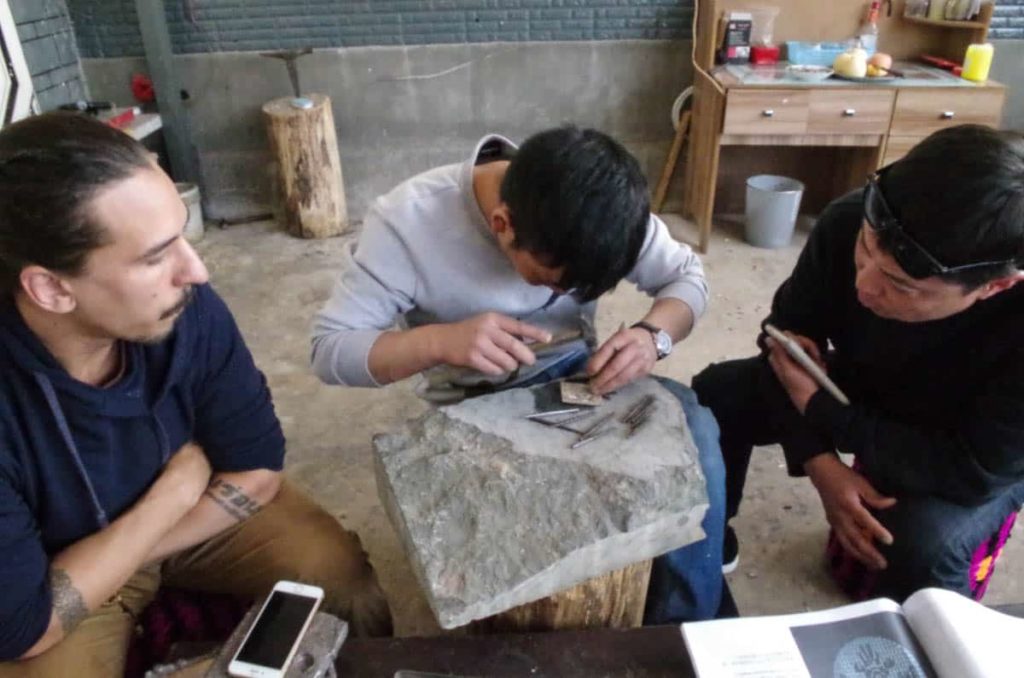 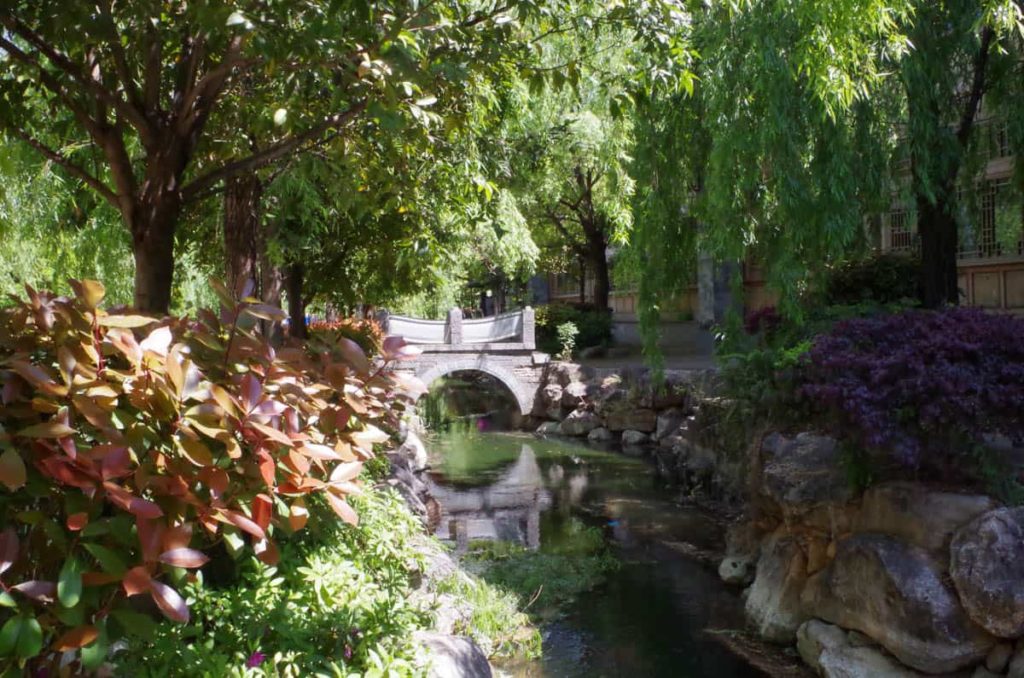 In Bangkok he married a Chinese woman from Wuhan in Central China. This led to travelling to China for a month once a year, where he deepened an appreciation of its history culture that he developed as a child. He also found the collectors quite sophisticated and witnessed increasing exchange between China and Thailand. In particular, he was interested in the way Yunan culture operates a middle-man between Han and Tibetan cultures. He was recommended for a project organised by COARTPARK to revive traditional crafts, particularly the silversmithing of the Naxi. Cecê when to live in a Naxi village for five weeks where he worked with Yang Can Jin to produce a range of silver amulets drawing on his Kilombu designs. As a true collaboration, they will share the profits from eventual sales.

Thus the Naxi culture enters into the world of Kilombu. The name of this nation comes from the term Quilombo for breakaway settlements in Brazil made up of escaped slaves of African and indigenous descent. 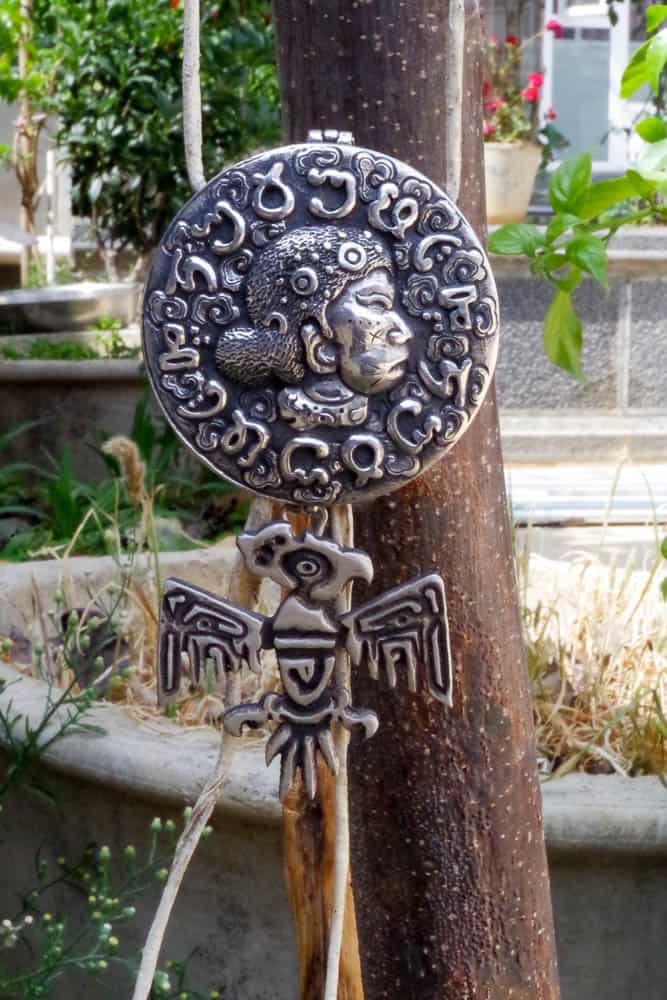 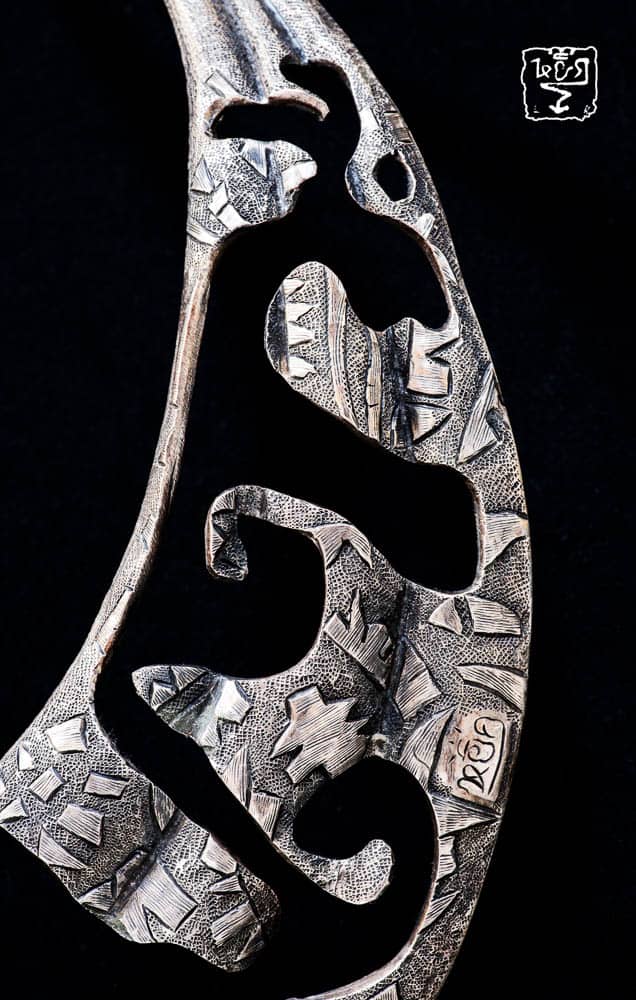 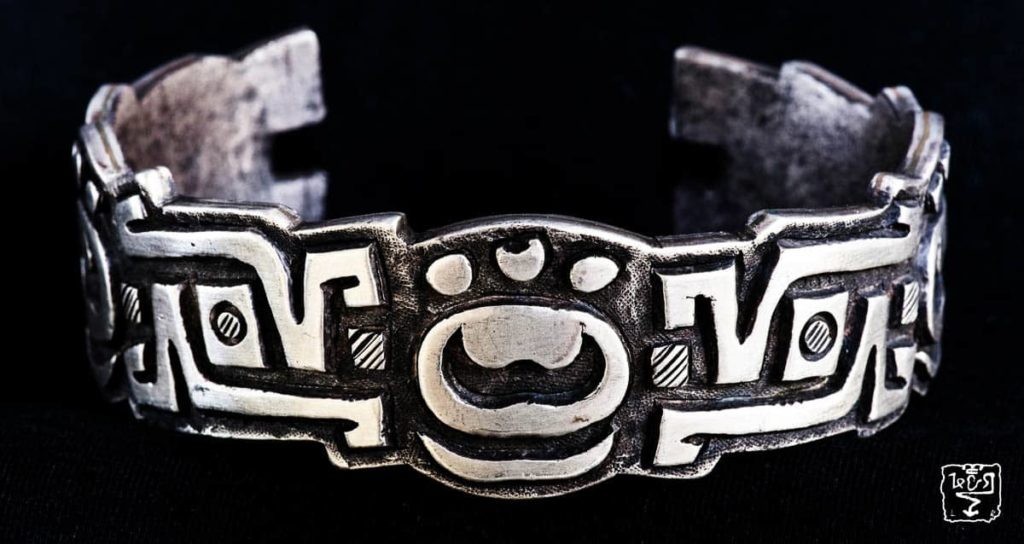 Where to from here? Cecê charts a long path ahead…

Kilombu still maintains a largely underground and tight-knit community and probably will for the time being. The project is only a year and a half in on a 30 year development plan and is only now taking its rudimentary form. Its overall aim is to produce all the elements a society provides in a new updated and conscientious style. This requires decades of work from many artists and professionals from a range of fields; from craftsmanship to architecture to agriculture. Only time will tell what it will look like and represent in the future.

The re-awakening of lacquer in China today 🇨🇳
Can Suzhou Embroidery be contemporary art?
The story behind Wellington's Handshake
New Zulu beads to be worn with pride
Of uncertain value: The fragile beauty of epiphytes
Tepelikler: My Anatolian grandmother’s headdress
The Messenger Through The Twilight: A clay apocalypse
A kirpan for bride power