The time-honored Ashavali brocades of Gujarat 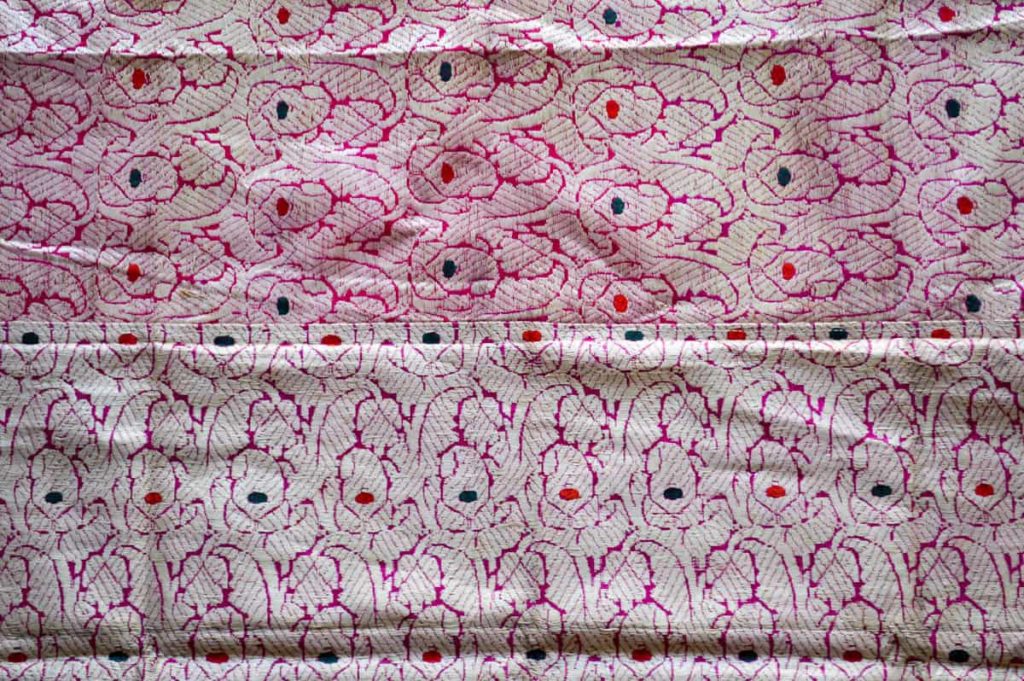 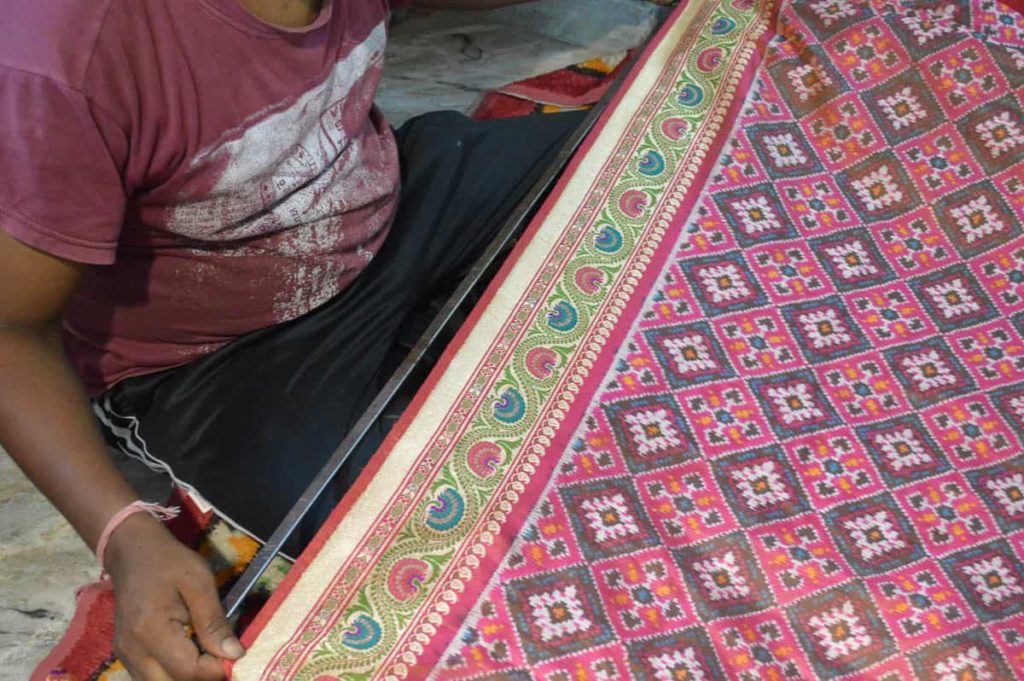 Ashavali Sari with the ikat pattern in the field 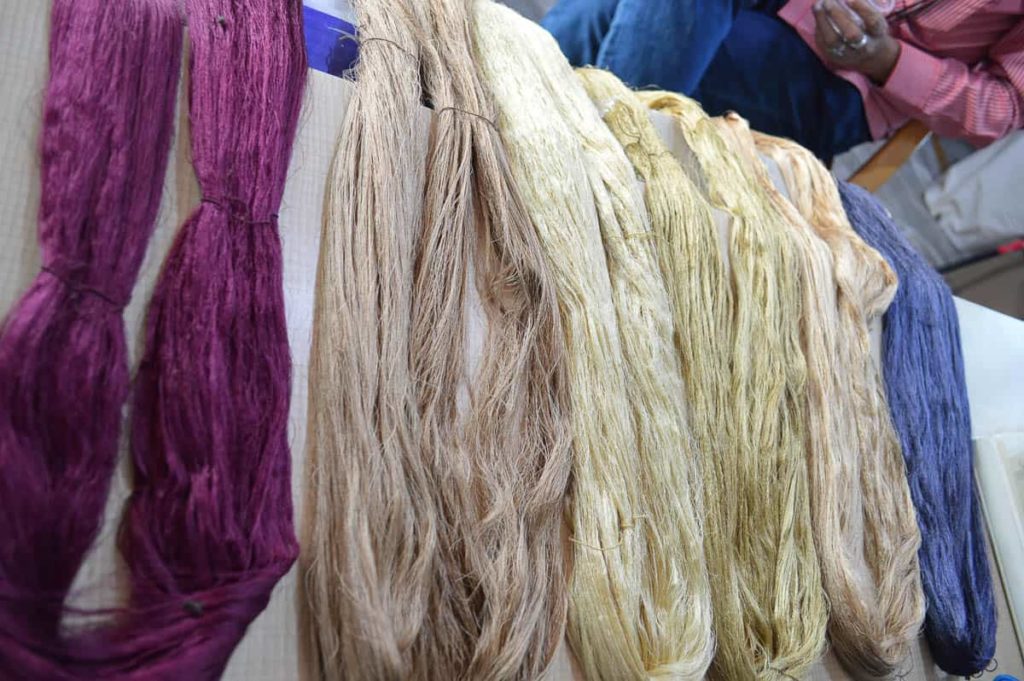 The new colour palette for the minakari 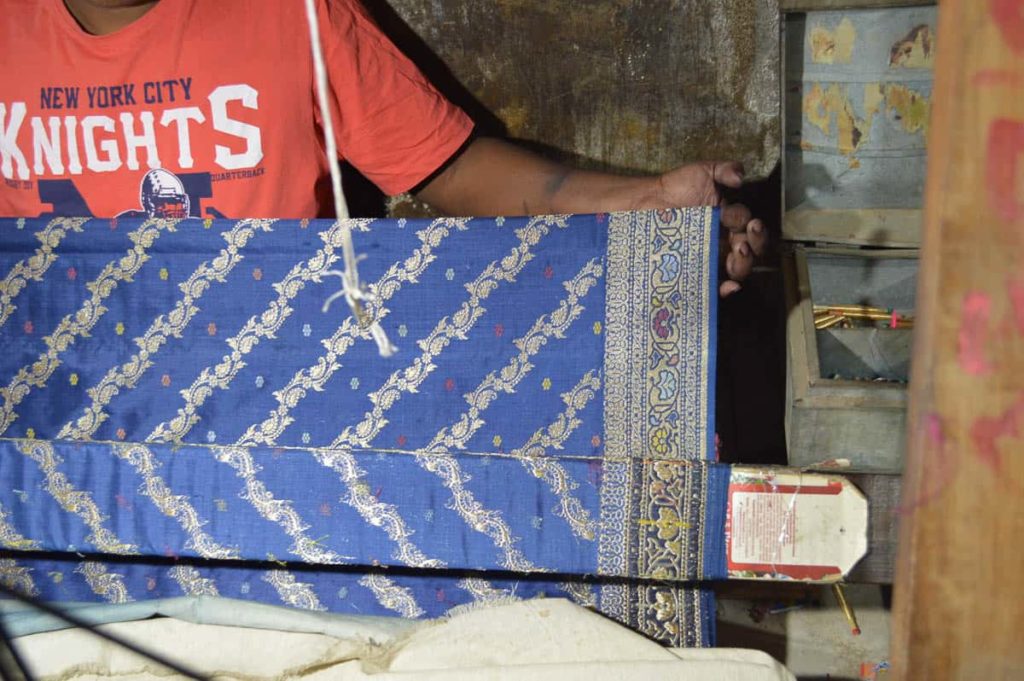 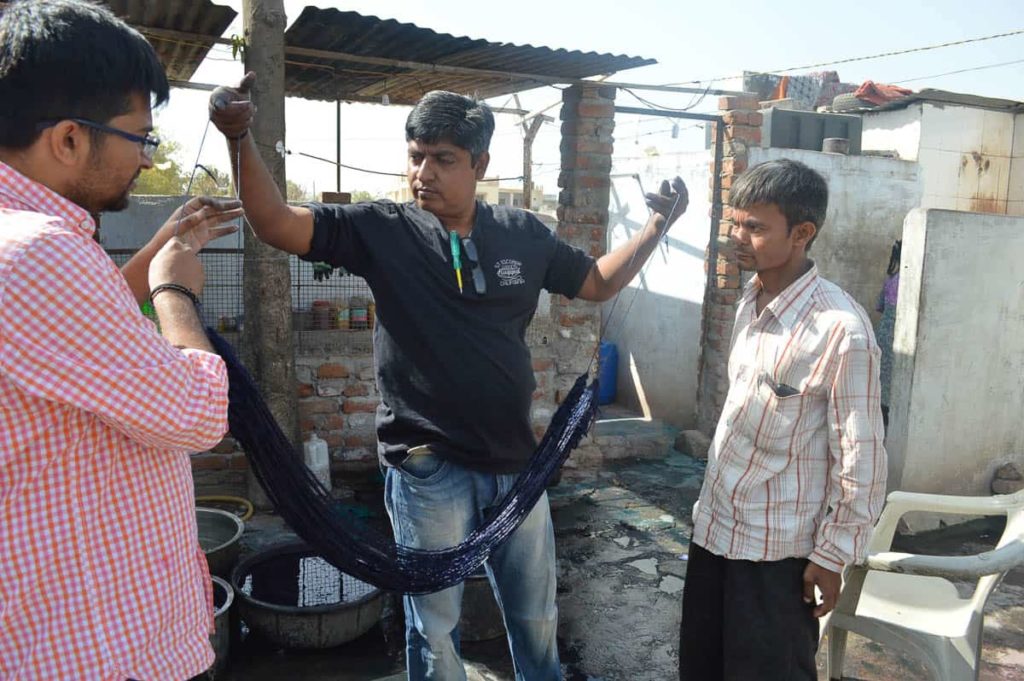 Exploring Gujarat for six years has been a wonderful experience. After meeting various artisans and weavers, I witnessed the lineage associated (with most of the crafts) and the hard work done to develop the handicrafts (hand-crafted, non-woven) and handloom (woven) products. An insight into the handicraft sector made me curious to know more. This curiosity led me to do an in-depth research on the oldest handloom textile, the Ashavali brocades of Gujarat. I learnt that these flamboyant fabrics are woven with silk and metallic yarns and that the weavers of Gujarat laid the foundation of brocade weaving in India. More specifically, different end products of brocades were woven in the ancient town of Ashaval, many centuries before Ahmed Shah founded and renamed it as Ahmedabad (1411 AD).

The weavers of Hindu Khatri community wove narrow borders to be stitched to the odhanis. These borders were decorated by using zari/metallic yarn. They also wove pallu (the end piece of the sari) that was widely worn by the Rabari women during special occasions and festivals. Exclusively intricate and beautiful kinkhab was also woven on this land. The fabric was so densely woven with extra weft zari/metallic yarns that the silk warp and weft used in the base of the fabric was sparsely visible. The sheen of the fabric made it look glamorous hence, making it a prime choice of the royalties and the elite. The design vocabulary of these brocades includes flowering plants and meandering vines combined with paisleys, birds, animals, Lord Krishna and human figures. The entire composition of brocades reveals the Mughalesque way of embellishing fabrics. Style of outlining the motifs in contrasting colours was named as minakari or inlay work. This inlay work is the distinctive characteristic of Ashavali brocades. It is believed that kinkhab of Gujarat does not lose a little colour or shine even if kept for ages, because it was washed in the water of Lake Kankariya.

After meeting Vishnubhai Patel, the master weaver, I realised that the journey of these brocades circa eleventh century has been exemplary. There were around 200 weavers in Ashaval. However, over the centuries, industrialisation, lack of demand for such fabrics because of changes in lifestyle, availability of less expensive fabric and migration of weavers to the other states of India, led to its decline up to the level of extinction. But Somabhai Patel, one of the master weavers, did not let this textile go into oblivion. He continued weaving in his home at Ridrol village and gradually, with the support of his son, Vishnubhai Patel, the cluster was developed from one loom to 100 looms.

Now, Pareshbhai Patel, a member of the third generation of the family, is moving a step ahead by reviving these brocades in the shades of blue. The new generation of Ashavali Saris is the Indigo sari being woven at the Ridrol cluster. A new colour palette, from natural dyes, has been developed for the first time with an aim to give a modern and fresh look to the saris. This new palette comprises tints and shades of reds, browns, greens to be used for the exclusive inlay work, traditionally called as minakari. This sustainable approach of natural dyeing of the silk has many positive outcomes.

The lustre of silk is retained as it is. The natural components used for dyeing are eco-friendly and have no harmful effects on the skin of the dyer as well as the wearer. Silk, being the natural fibre, absorbs the dye to its core, thereby, increasing the colour fastness. This approach of contemporising the colour palette and retaining the traditional motifs has added a new feather in the cap of the father-son duo for another successful approach towards sustaining the traditional textile, yet meeting the demands of the modern day consumers.

Over the years, many other creative transformations have also been done in these kinkhab. The brocades are being woven in Khadi silk, using mercerised as well as non-mercerised cotton. The saris are also developed in combination with single ikat patterns in the body, traditional meandering vines in the border and floral buta in the pallu of the sari. The thickness of the traditional kinkhab is reduced to make it light in weight and adapt to the fast lifestyles of the developing world.

The hard work of the weavers is admirable. In the contemporary times, when the handloom fabrics do not provide many economic gains, Vishnubhai Patel and Pareshbhai Patel are working hard to revive kinkhab as “The Royal Brocade.” The vision of the family pursuing it further to cope up with the changing demands of the customers and yet sustaining the heritage, the traditional richness and beauty of the sari is inspirational. 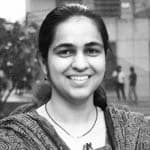 Wissa-Sophy: Back to the woven garden
The Rohingya story in Thailand, through embroidery
Pohon Budi - the Tree of Life exhibition in Malaysia
Creative currencies in the cupboard: Cecile Williams in Denmark
Primal Casting: From the outdoor studio
Remembering Kamaladevi
Embracing unpredicability: The collaboration of Laxma Goud and Adil Writer
Jewellery for free