We began our journey with the garland as our symbol, as a form of adornment most common across the Indo-Pacific. Along the way, we discovered there was another cultural element that is shared between many of our countries: the dragon. How curious that a creature that has never existed (at least not in the form we see in “fantasy” narratives) is such as seemingly universe component of our cultures. This gives us a space to think about what the dragon does in our cultures and what they might say to each other. 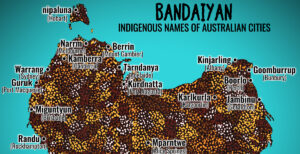 Australia or Bandaiyan?  - Bardi Elder, Aunty Munya Andrews, writes about her people's name for "Australia", which describes a bisexual being. 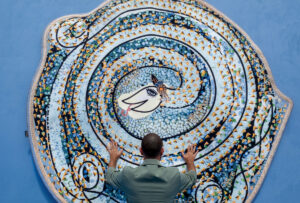 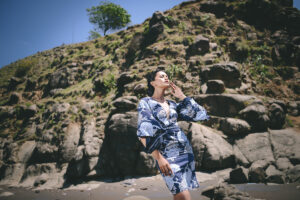 Jember Batik: The dragon rises - Geraldus Sugeng describes the unique batik designs that come from the town of Jember and are now seen around the world. 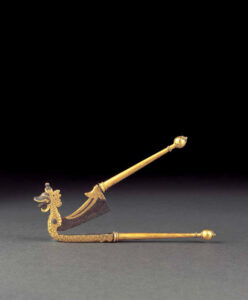 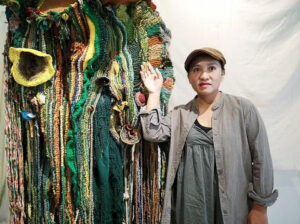 Jumaadi ✿ You’re invited to a snakes’ wedding - The Sydney-based Indonesian artist Jumaadi uses the snake as a symbol of a dualistic universe. His intricate painting on buffalo hide imagines a cloud-like form created from two snakes entwining. 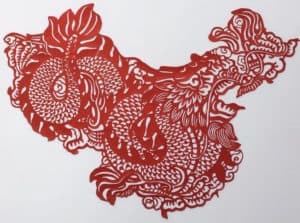 Living with dragons - While the mythical creature of the dragon is synonymous with China, its presence can be found across the Indo-Pacific. In this online exhibition, we feature artists both inside and outside China who are inspired by the dragon. 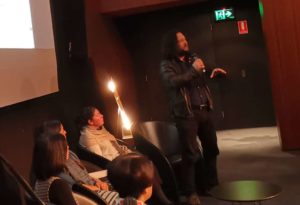 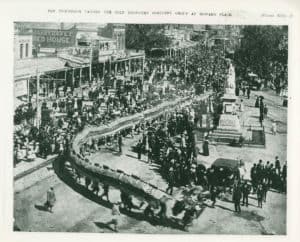 Dragon reborn: The making of Bendigo’s Dai Gum Loong - Leigh McKinnon writes about the revival of skills from Hong Kong involved in the new Bendigo dragon 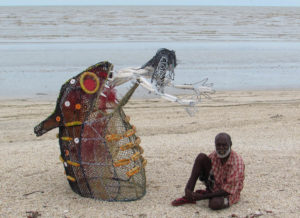 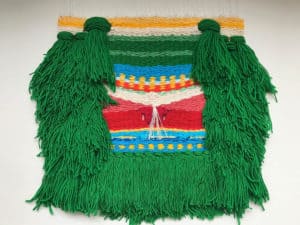