Our August laurel is awarded to Bren Luke for his poignant animated illustration of a streetscape in Japan, which invokes the concept of ma, negative space, to reflect the era of social distancing.

✿ How was the work made?

The original illustration 4 Pedestrians, Tokyo is a pen and ink drawing on bristolboard. It was drawn using a fine nibbed Rotring Rapidograph pen, a type of pen often used by draftspeople and architects and known for its consistent line. The scene was based on photographs taken by myself and my partner Kelly while on a trip to Japan in May 2019 and was part of a larger series of Japan drawings that comprised my solo exhibition The Space Between at Outré Gallery in Melbourne in 2020. 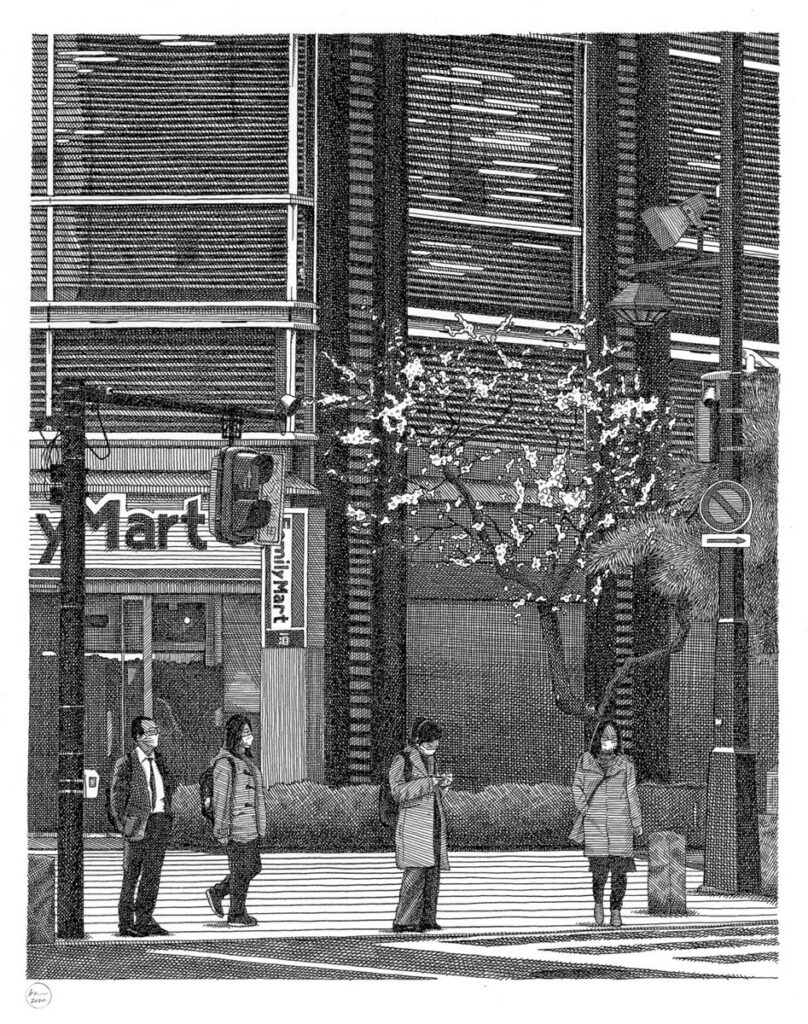 Earlier this year (2022) I was invited by Sydney-based digital art platform Sugarglider Digital to collaborate on some animations using my existing drawings and I worked with animator Sam Hill on adding some subtle moving elements to the selected drawings. I chose this illustration for the potential exploration of some slight movement within a still scene and discussed with Sam via video call the idea of colouring the blossom on the tree and animating the blossom falling gently and floating down and across the scene, as well as a repeatedly flashing red light on the pedestrian crossing. I left Sam to work his animation magic and he did an incredible job. The end result was beyond my expectations. 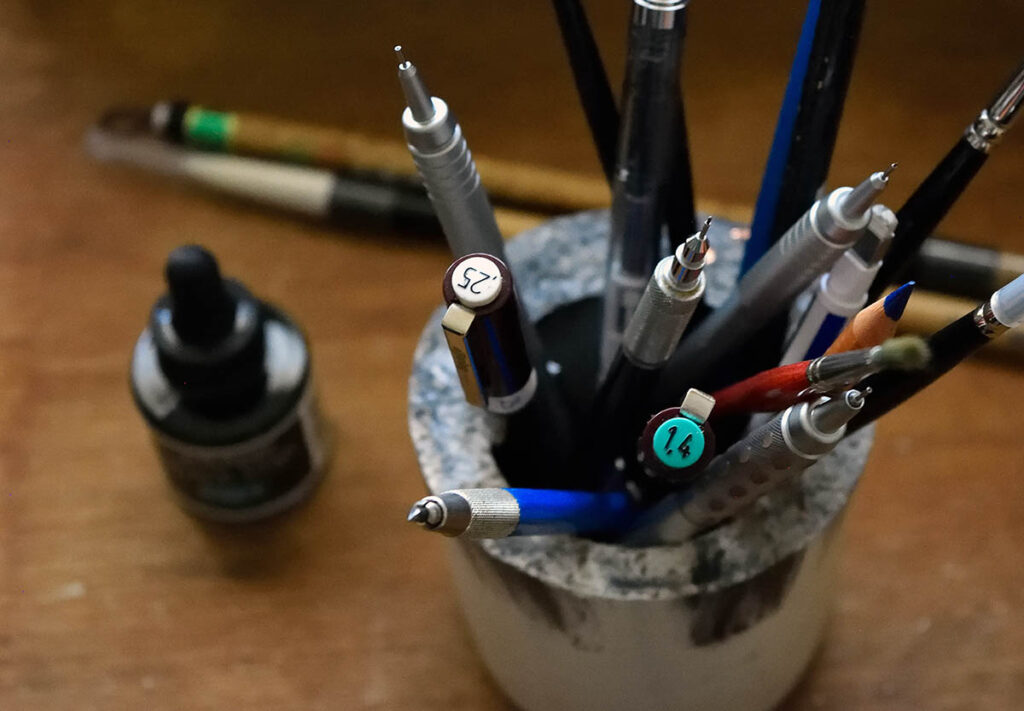 ✿ Can you describe the place where it was made?

The pen and ink drawing was made in my studio in Ballarat and the animation was made by Sam Hill in Sydney.

My studio is at my old family home in a suburb called Mount Clear where I live with my elderly mother Kath who I am caring for as she is vision impaired.
Most of my illustrations are just over A3 size so I get by with a drawing board in a small studio space. 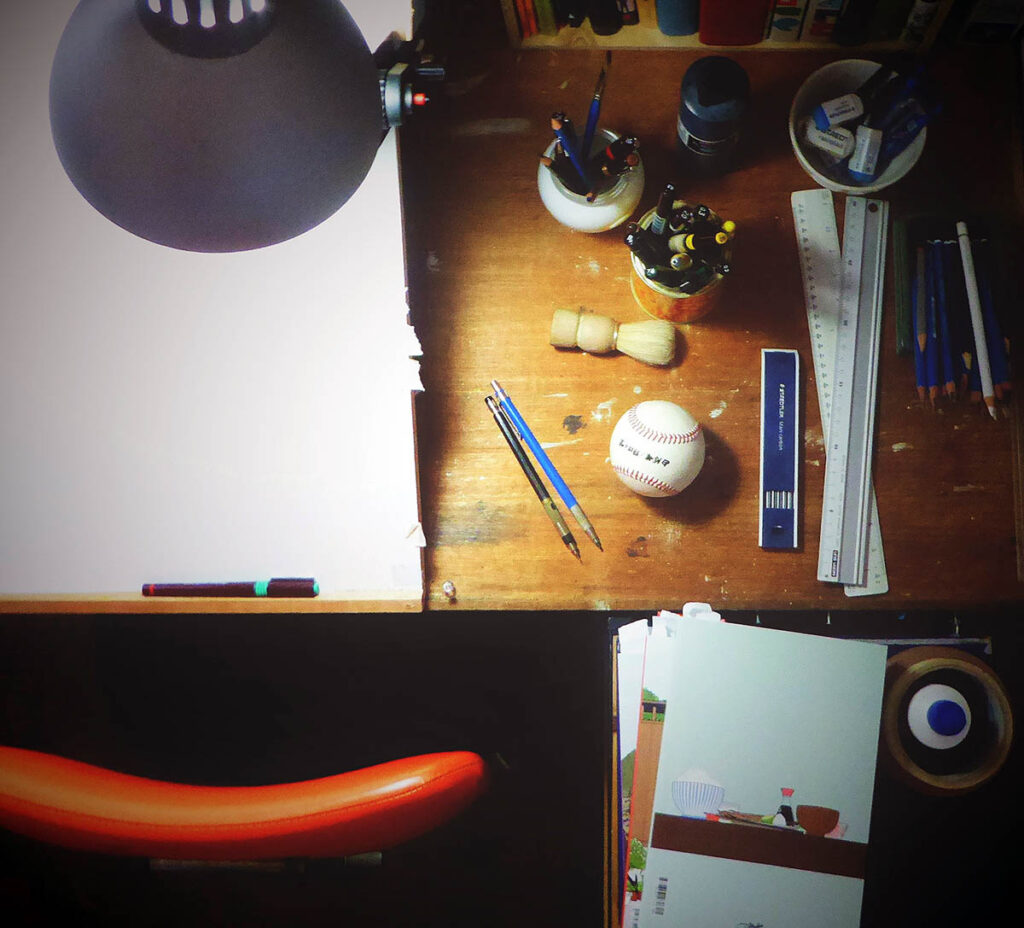 ✿ Can you say what story the work tells?

4 Pedestrians, Tokyo tells the story of life and nature moving slowly and steadily, even when our modern world comes to an abrupt halt, as was the case with the Covid virus. What began as a fairly straightforward process of reliving or reimagining the travel experience through drawing became more intense and meaningful as the COVID virus and the subsequent lockdowns and travel restrictions took hold.

The title of the larger collection of work and subsequent exhibition The Space Between was originally decided upon to reflect the Japanese concept of ma or the artistic interpretation of negative space. But it also plays on the new social distancing era we now live in as represented by the four masked pedestrians. I feel that the animated elements augmenting the original drawing bring to life and add salience to the illustrated scene. 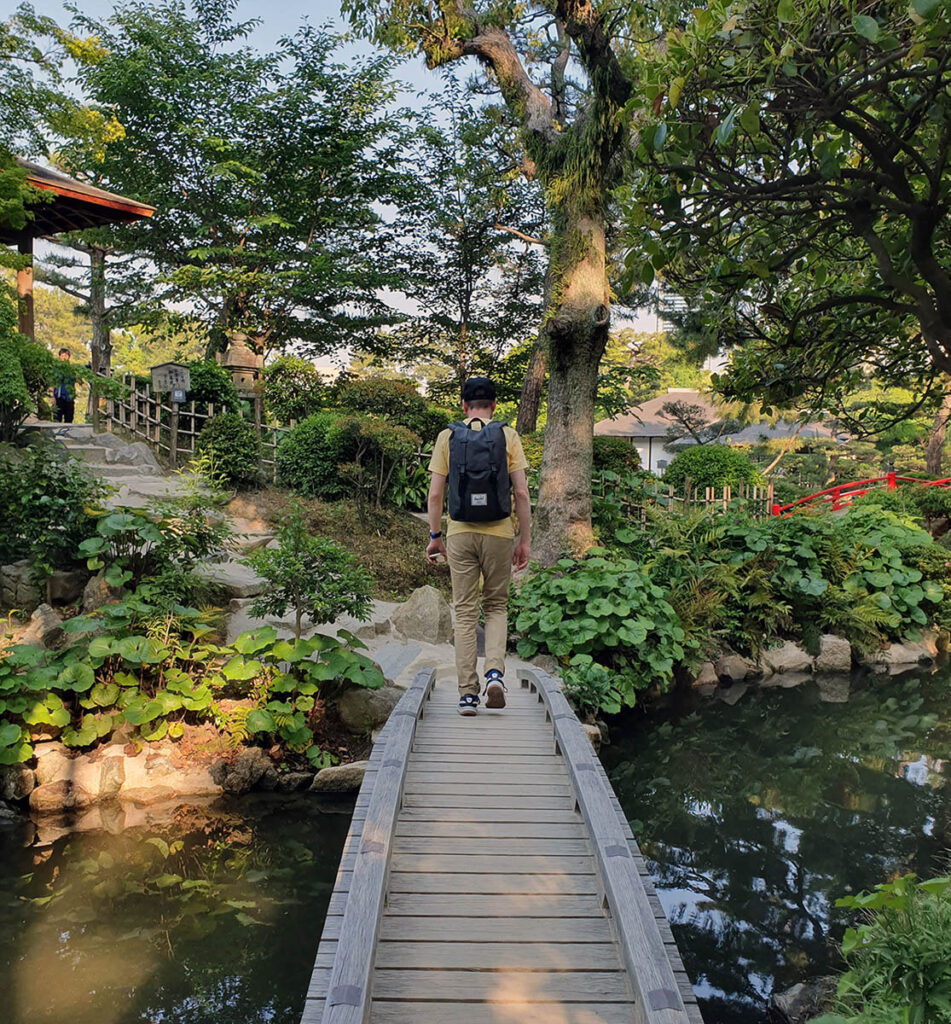