When I create works, I am drawn by hands, eyes and my senses, that are more eloquent than I am conscious of. Both the movement of hands handling materials and the shape formed by building-up of clay are changing day by day. And by carefully looking at the changes in physical sensation, I have been changing my techniques and processes while searching for the shapes that I want to make. Not only images and aesthetic senses, but also my own physical sensation, ethics and all elements of me are closely related to the work.

My works are made by piling up strings with clay. I used to make works composed of aggregate of clay strings, but in the present works, the strings have become loose and soft, entangled freely to form their outer shapes. Currently I’m trying to create works that allow the clay to move more freely.

When I was a high school student, I learned pottery in Tokoname and went on to art university to learn more about manufacturing. An assignment in my third year of university triggered my approach to object wares.

While I was searching for the meaning of expression with clay, I thought about it in this way: People die and return to soil. The soil becomes the earth and it brings new life. In order to express that, I piled up clay like a Mobius ring and gave it the title “Rin’ne”, which means a cycle of reincarnation.

After my graduating from university, I entered the Tajimi City Pottery Design and Technical Center.

I met people who were seriously dealing with the clay, and I re-examined the relationship between myself and the clay.

In order to show the attractiveness of the clay itself and to make it easier to see the shape, I stopped using glaze and made the work titled “Gasshou”, which means the palms placed together in prayer. However, I felt something is different. So, I changed my method to more instinctive and impulsive way, because I thought what I wanted to express would get into a form while I am interacting with clay, rather than managing the clay through the intellect. And the work titled “Kugeki”, which means void or vacant space was completed. The work expressed a form of reason combined with instinct.

I continue to produce works in order to arouse “reality” to every viewer by the “form” consisting of fired clay and by “mechanism” such as natural phenomena and traces of actions occurring in the making process.

Intersection of light and shadow.

Shake in the breeze and Sunlight shining through the wood.

This series is shaping on the concept of the intersection of light and shadow.

By doing quite primitive activities that is making works with clay by hands and fire it, I seek for things invisible but certainly existing or things indicating the existence. For me, the series of actions means the time to get control of myself and reflect on myself. Such a spirit is necessary for our rapidly changing modern world, isn’t it? I hope that my work could give you an opportunity to stop and search for the nature of things, or to face your own inner world.

The pupa form and theme arise from my contact with traditional Japanese techniques and practices in ceramics. The combination of my former experiences in Serbia and my newly acquired skills and experiences in Japan have made it possible to take my artistic expression further and flourish.

Gifu Prefecture, where our gallery is located, has many traditional cultures. In the Fall, when the exhibition titled “The Present Situation of Ceramic Art Form consisting of the clay PartXⅦ” is held, Takayama Festival will be held in Takayama City in the prefecture.

In addition, various traditional crafts are rooted in Takayama, and among them, the lacquer craft called “Shunkei” is the most famous.

“Shunkei” is a beautiful golden lacquer ware, utilizing the natural wood grain. They are mostly used for equipment capable of enriching a life, such as furniture, trays, vases, tea tables, and etc. It is also used in conjunction with the Mino Potters cup in the gallery. 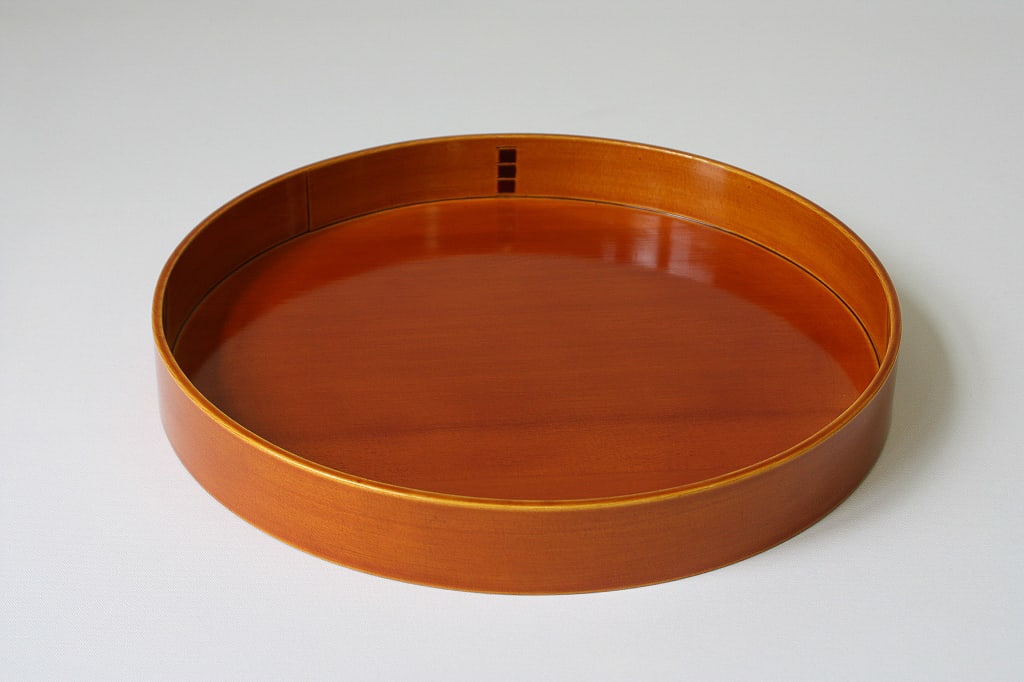 The six artists who will be exhibiting at Gallery Voice from the end of October in the exhibition “The Present Situation of Ceramic Art Form consisting of the clay Part XⅦ”.