The Ayvu Rapyta Project: In the beginning was a word 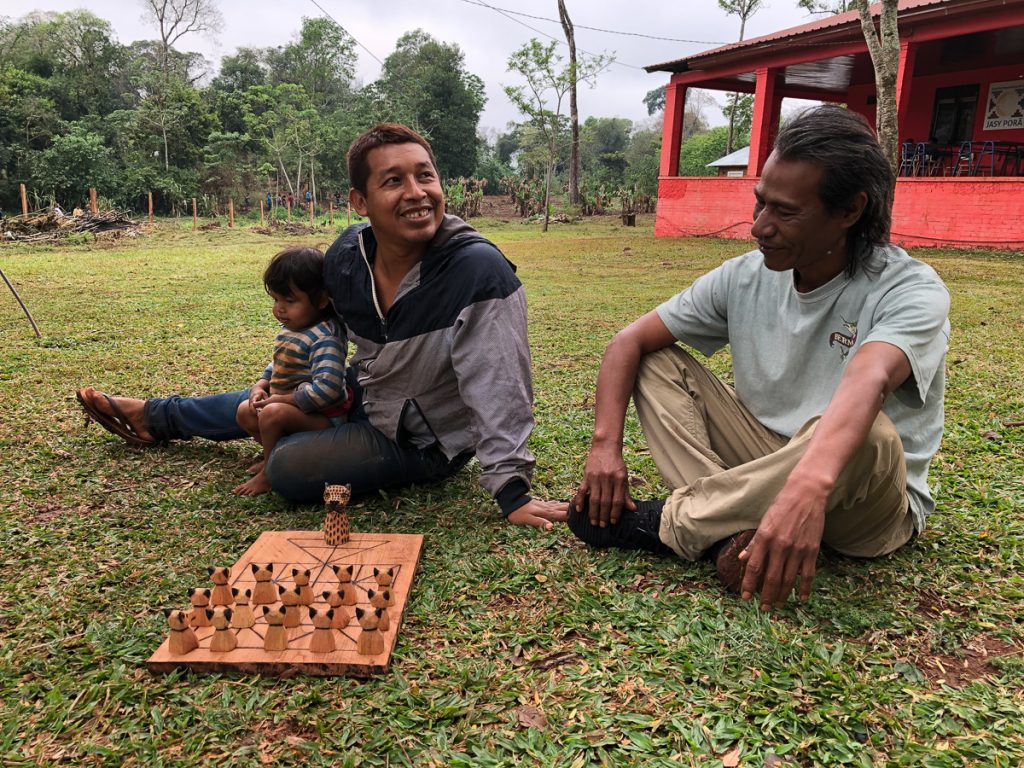 As part of the final leg in the Garland project, we are pursuing a project that promises to make good a tragic event in our racist past.

Much work needs to be done to rectify the damage of colonisation. This involves partnerships between first and second peoples to revive the knowledge and objects that were destroyed to make way for a universalist Western system.

One of these stories occurs in Paraguay, which was the site of an Australian settlement based on the principle of a “white man’s socialism”. In 1893, a number of socialists left Australia disappointed in the politics at home take up land vacated due to the recent War of the Triple Alliance. New Australia failed partly due to a racial divide between the Anglos and local Indigenous Guarani. While most Australian settlers eventually left, a few remained and their descendants are still living in Paraguay.

León Cadogán was named after Trotsky by his parents, who left New Australia after a fire. Leon came to know the Mbya Guarani while harvesting herba mate in the forests of Caaguazú (“great herb” in Guarani). He became initiated under the name of Tupa Kuchubi Veve (“One who flies like a whirlwind”) and collated their foundation myth Ayvu Rapyta (“origins of the word”) which he translated it into Spanish. In 1949 he was made “Protector of the Indians”, but was subsequently harassed by the dictator Alfredo Stroessner and died in 1973. His son Rodger Cadogán continues a foundation in his name.

Ayvu Rapyta describes how the world was created by the father, Ñamandu, who used kuaarara (wisdom) to create language even before the existence of the world. It describes the destruction of the earth by flood and the creation of word-souls (Ñe’ ẽy). A key role is given to the maino’i (hummingbird) who sustains Ñamandu during creation.

Origin myths like the Judeo-Christian Genesis and the Mayan Popul Vu help us understand the enduring mystery of creation and the origins of the human story. Ayvu Rapyta is yet to be widely known in the English-speaking world. We are thankful to the efforts of an Argentinean author, Andrea Ferrari, who is translating this epic along with Cadogan’s copious notes.

Andrea has been careful to engage the Myba community, making this project a partnership. Our partners are the Mbya community in Yasi Porá village near the centre of Puerto Iguazu, near the largest waterfall system in the world. Ironically, development has made it difficult for them to access water, and we are hoping to raise money through this project to build new wells.

In exchange for English-readers to learn their origin myth, we are hoping to support them in sustaining Ñande Rekó, their traditional way of life in the rainforest eco-system. This involves the establishment of an itinerant school, Karaí Correa and an Indigenous Mbya Guaraní Tourism Association that will create businesses based around ethically sustainable tourism.

See Translating the Ayvu Rapyta: For the love of a rainforest and its word-souls by Andrea Ferrari