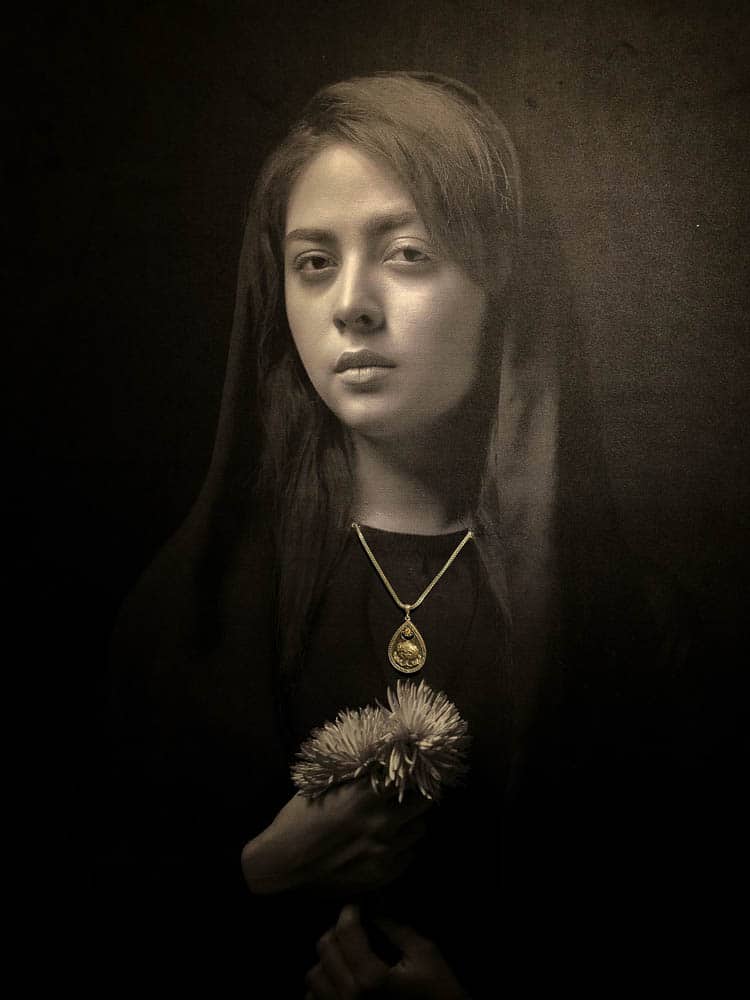 Baharak Omidfar, Fairies of the Golmarg (The Death Flower) Valley, 2017

“”O mankind, indeed, we have created you from male and female and made you peoples and tribes that you may know one another.” Koran, Chapter 49 Verse 13

This is an invitation to connect with someone from the other side of the east-west divide. As well as a publication of thoughtful writing, Garland is also a platform where those who support cultural dialogue can actively participate.

The East West Meet project has been prompted by recent events. We are about to enter a period of heightened tension between East and West. Populist politicians find they can win support by blaming minorities. Of course, a large number of people believe in the importance of tolerance and accept that there are different paths towards the universal truth. But at the moment, it is hard for tolerance to be heard on the political stage.

East West Meet is a platform for individuals to take responsibility in a one-to-one relationship. This is how it works. You enter details about yourself in a form. You are then matched to someone on the other side of the world who shares similar interests. You will receive an email with your partner’s name and email address. The task is to make a shared vow to tolerate the religious minorities in your own country. You will be given simple instructions on how to develop this.

Depending on common interests, there will be various ways this can be taken further. If you are both on Instagram, you are encouraged to swap an image and post it on your own account, with the hashtag #eastwestmeet.

There is naturally some tentativeness in being linked with a stranger. In the previous age of letters, some people developed “pen friends” with someone far away. It does require an element of trust, which is admittedly becoming rare these days. There should be no expectation that the connection has any necessary life beyond the exercise of East West Meet. But in a future situation, say, when a war happens involving one of the countries, this personal connection may be very helpful.

We promise that your details will not be shared beyond this project. While East West Meet aims to be politically neutral, we do recognise the vulnerability some might feel towards political surveillance.

We can curse the television that broadcasts footage of political leaders stoking hatred. But it won’t do any good. East West Meet is designed so that we can make a positive difference, one to one.

The form to be part of East West Meet is here. For the story of how this project came about, see Hope’s Arrow.