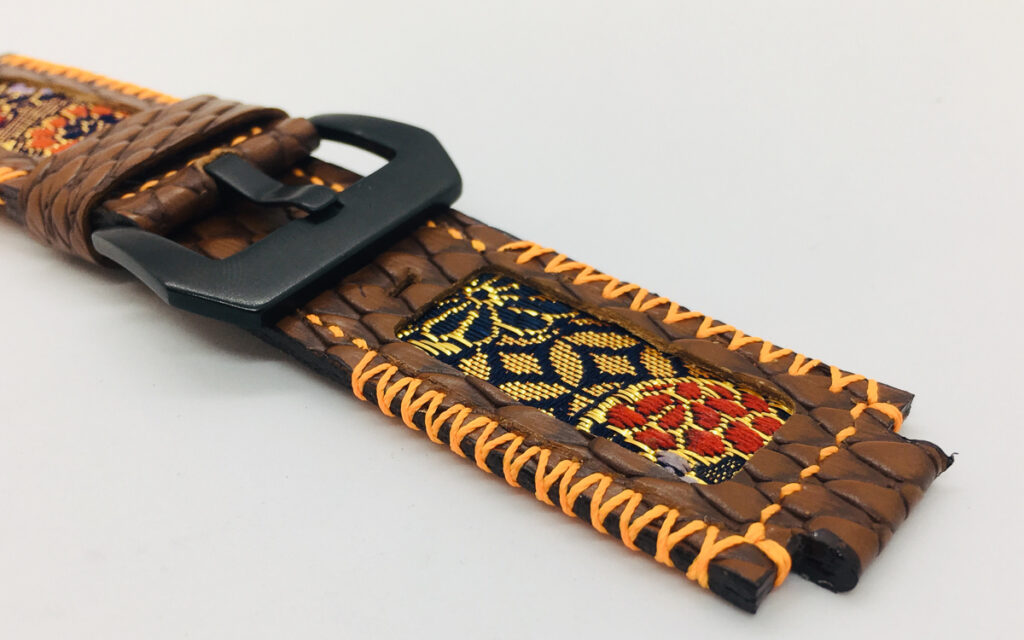 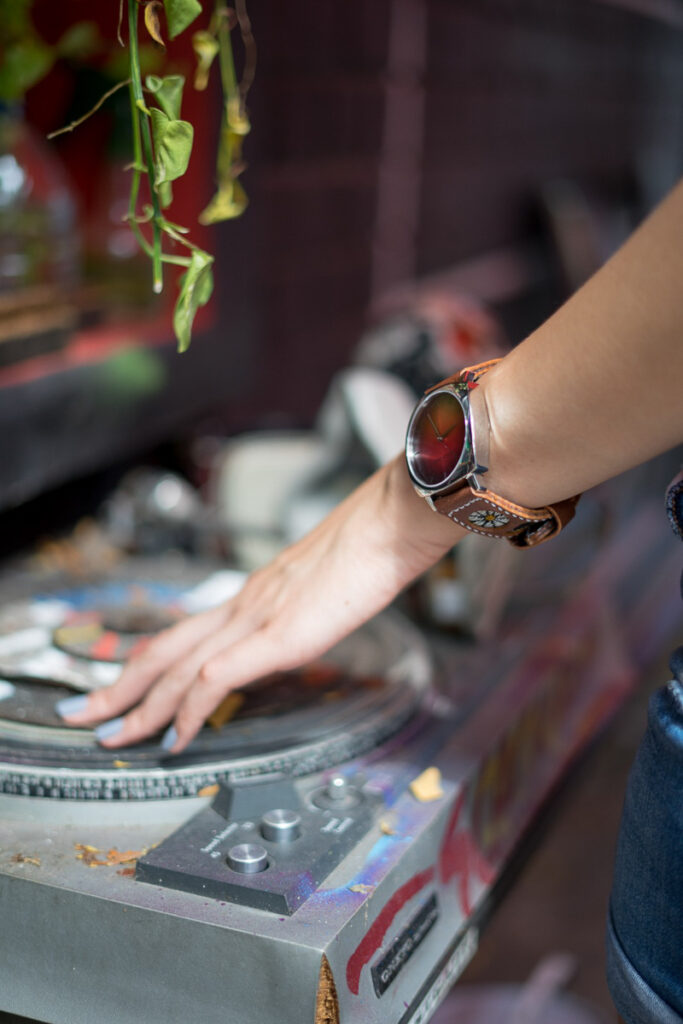 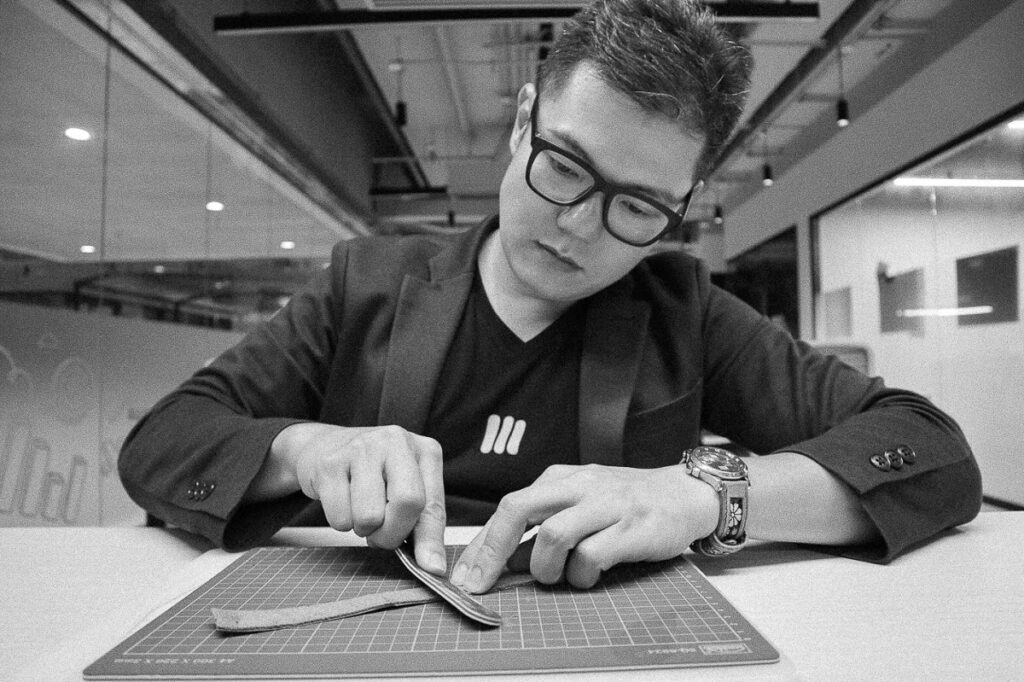 A striking example of “living craft” is Tong’s incorporation of heritage Japanese textile into something you wear every day on your wrist.

We talk to the watch strap artist, Tong, about this unique craft.

Before becoming a watch strap artist, I started as a consultant helping Japanese companies entering Singapore, and marketing Japanese products & tourism for overseas market. I was living in Kyoto where I was surrounded by world heritages as well as traditional Japanese crafts such as kimono textile, pottery, tatami, bamboo crafts, etc. I become interested in Japanese traditional crafts, learnt about Japanese craftsmen’s spirit, and found that their trades are rapidly dying due to lack of domestic demand, and the younger generations are not continuing the trades.

Since my role as a consultant is to help Japanese companies to expand overseas, I thought I could do something.

While it is almost impossible to bring around a full piece of kimono, or a 2m tatami to show how beautiful they are to others, I had the idea of putting a small piece of their essence on the watch strap, where anyone can bring it around, show off its beauty, and tell interesting stories behind each design and its material.

I wanted to put a piece of Japanese art on people’s wrists, and introduce the beauty of traditional Japanese crafts far and wide.

✿ Where you source the fabric

I used to live in Kyoto for 5 years and I live in an area called Nishijin where it was the heart of Kimono making in the old days. Until now, there are still many weaving companies in the area but in a much smaller scale. Now I live in Singapore but often travel back to Kyoto for business and meeting friends. Whenever I drop by Kyoto I will pick up some fabrics. I also source from other parts of Japan, such as Kagoshima where they have their unique style of textile called Ooshimatsumugi。 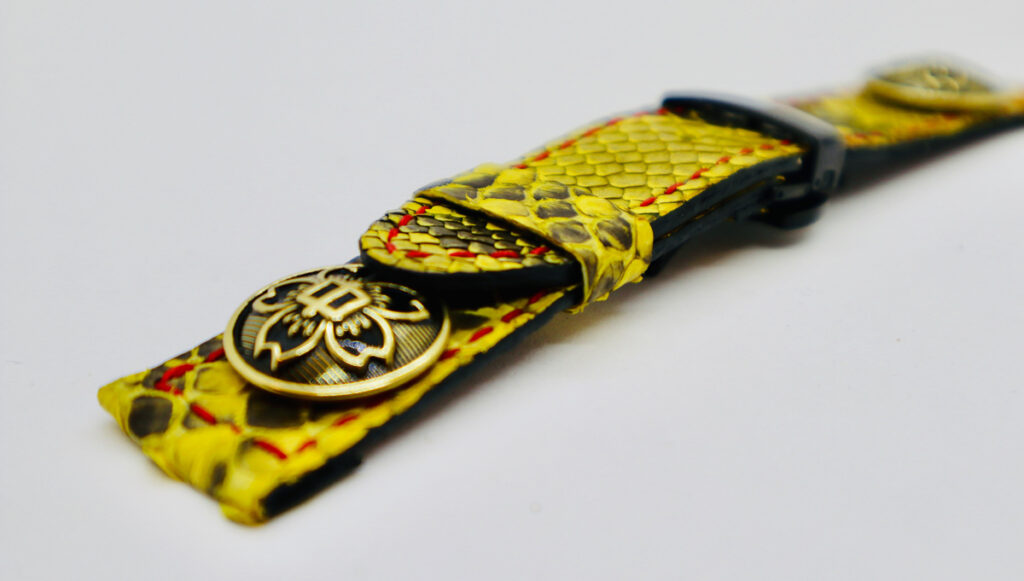 ✿ Where you source the kamikaze buttons 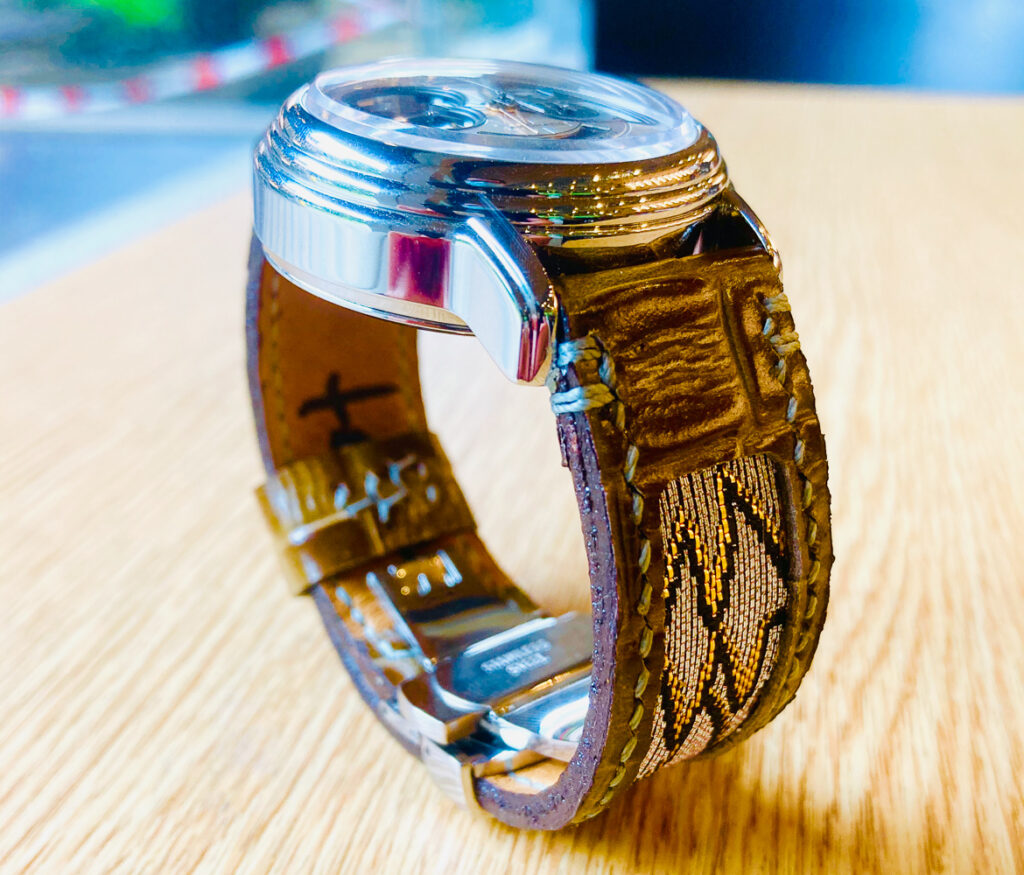 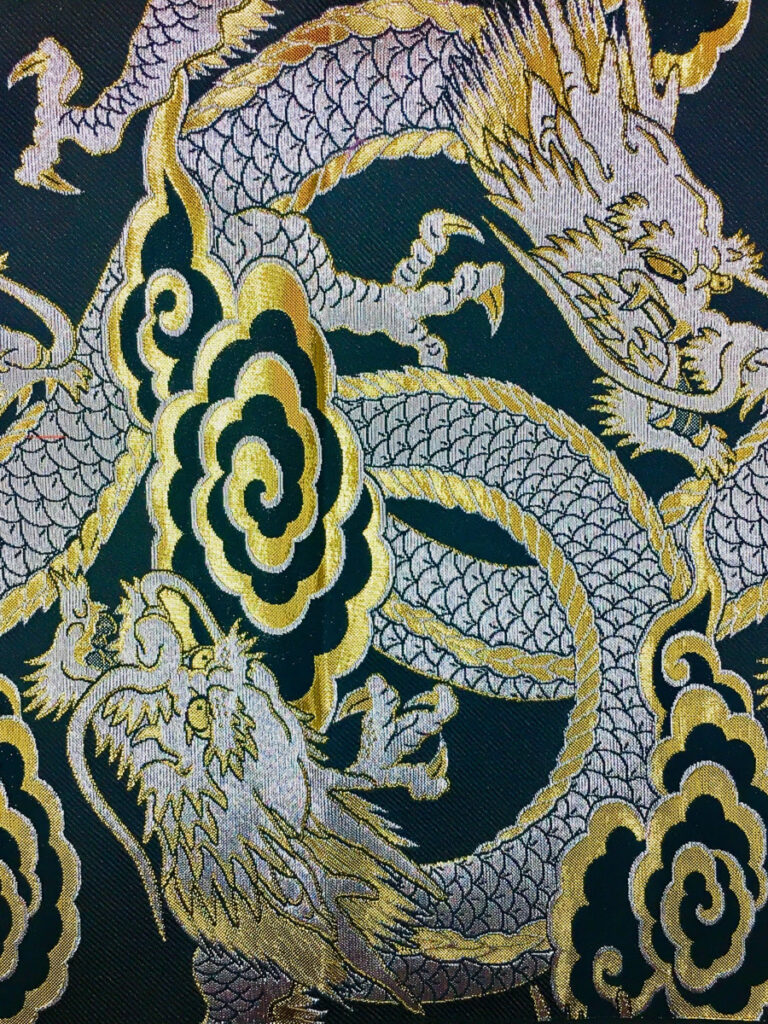 Recently I have a customer who is a helicopter pilot from the airforce. I crafted a strap for his Zenith watch. His wife is Japanese. His twin children, a boy and a girl, are half Japanese, and they have Japanese names with meanings “dragon” and “phoenix”.So I designed and crafted a strap using dragon scale fabrics, and engraved both his children’s name on the back of the strap.

You can learn more about these in Tong’s website 47Ronin.