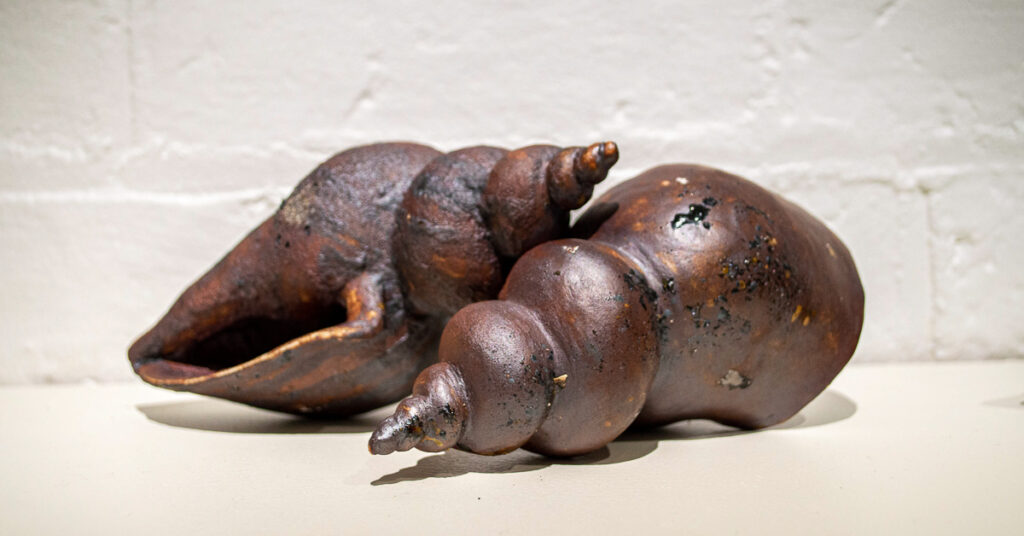 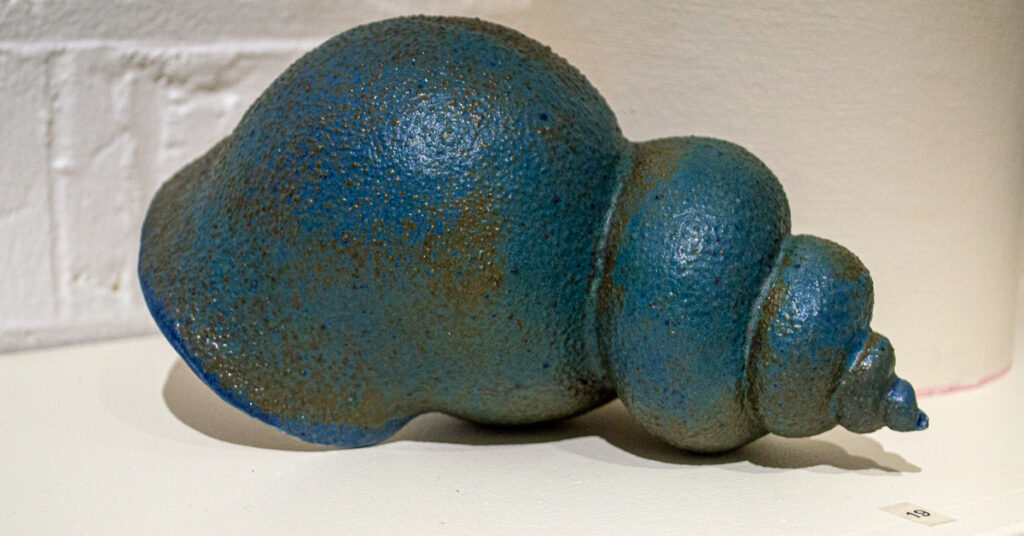 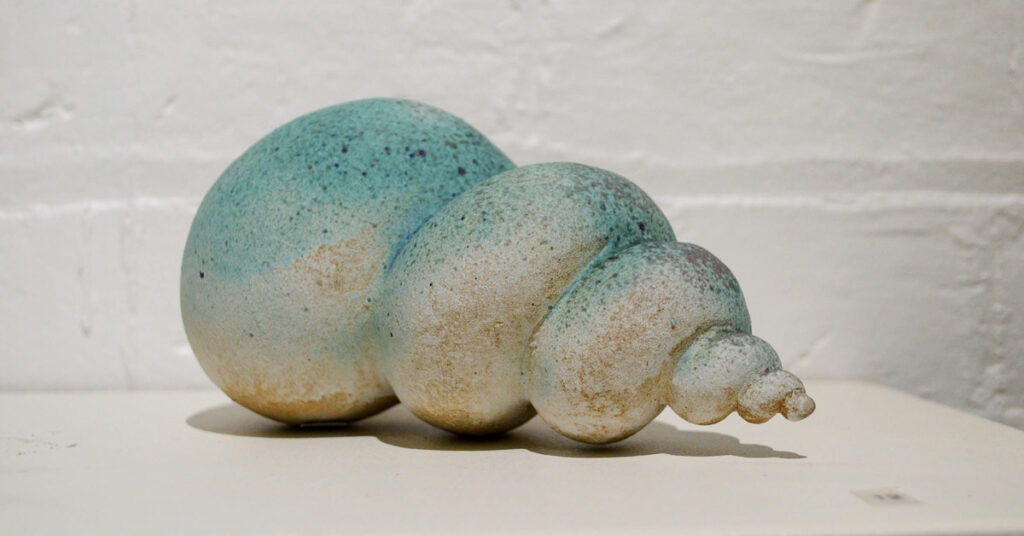 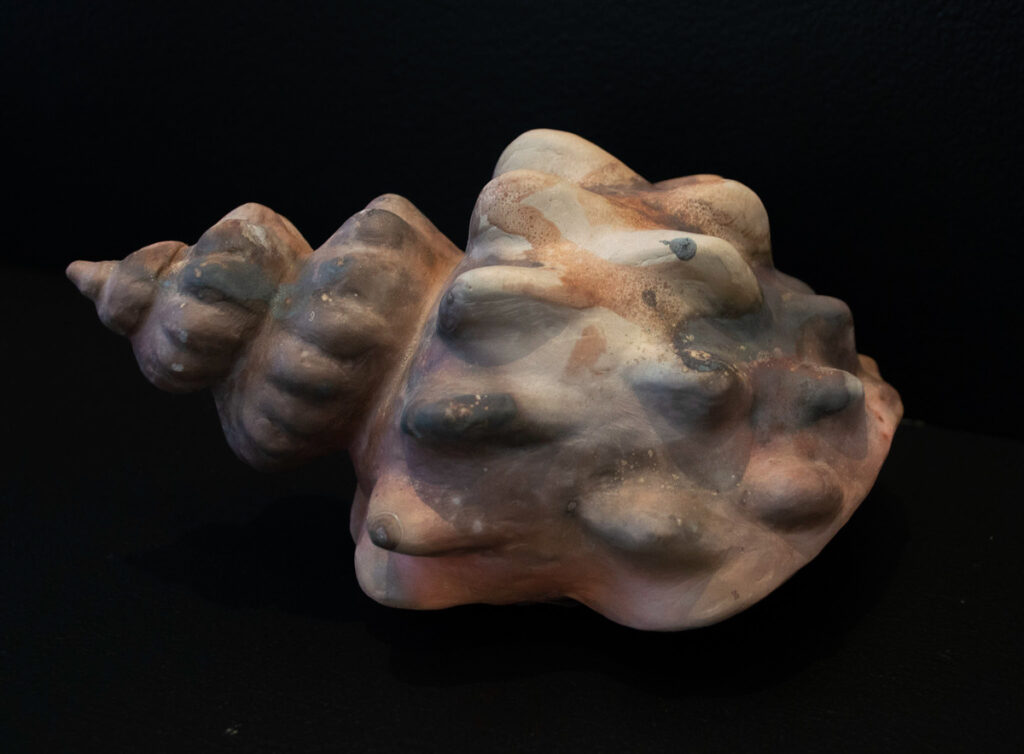 What kind of beauty emerges when the hand rules the eye?

Ceramic work by a Bairnsdale ceramicist helps us understand other kinds of beauty beyond the visual. Benn Gritt became legally blind after a bout of cancer when he was six years old. He lost his sight within a week and then endured three years of chemotherapy. Though he currently has just 6% of sight in his left eye, he still has memories of colour, particularly old signage such as Shell and Coca-Cola.

He grew up in the Castlemaine area before moving to Lakes Entrance at the age of 11. Benn’s father was a talented charcoal artist who taught shading and texture. He went to live in Melbourne at 19 years but missed the open spaces and beach. He decided to go back after being held up by knifepoint at an ATM in Prahran.

He had been working as a teacher’s assistant before a friend suggested taking up a position in the ceramics workshop of East Gippsland local, Malcolm Boyd, who for many years led the Bairnsdale Ceramic Group. Gritt first started making pots with moulds, then coil-building and pinch potting. He liked pushing the limits and eventually came up with a series of sea shells and spirals. Benn occasionally uses celadon slips and glazes to give a variation to the finishes.

As he writes about the forms in the exhibition:

My shell forms came into existence as a result of my desire to develop my pinch potting skills and a hope to create something fragile yet sturdy and beautiful in form.  A shell appears simple in design at first glance, however, to create the diminishing spiral and other recognisable features of a typical shell it took some time to develop a technique to manipulate a pinch pot both internally and externally simultaneously.  All of the smaller shells on display are formed from one or two pinch pots, the large items are formed by a combination of coiling and pinch potting.  Each shell is free formed and unique.  I could have produced copies of existing species but for myself it’s more about capturing the essence of what a shell is, drawing inspiration from nature and generating that feeling you have as a child picking up your first shell: pure wonder and curiosity, rather than creating a duplicate.

You can read more of Benn Gritt’s words here. 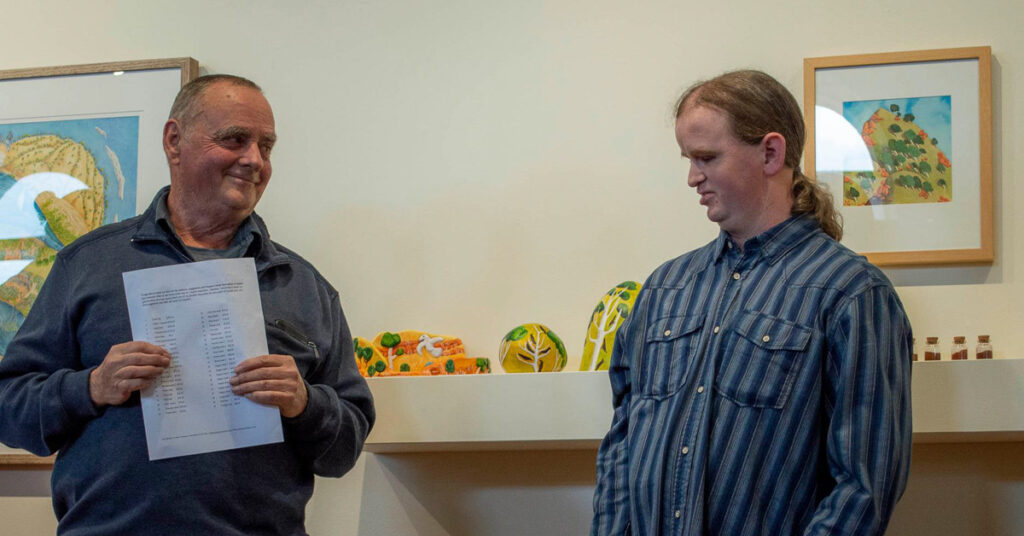 Malcolm Boyd and Benn Gritt at the opening of his exhibition.

Benn Gritt Sea’cret Worlds is at East Gippsland Art Gallery 4-31 May 2021. The majority of works were sold within 20 minutes of the opening.

In the Future, They Ate From the Finest Porcelain
Sophie Moran ✿ The batter bowl
Ishoken (Tajimi City Pottery Design and Technical Center)
Crafting a ceramic habitat for a handfish
Remembering Yellow Cave can help us survive a pandemic
Reclaim the void: Weaving country whole
Jenuarrie - My story
Julie Blyfield and Kirsten Coelho at Gallery Funaki