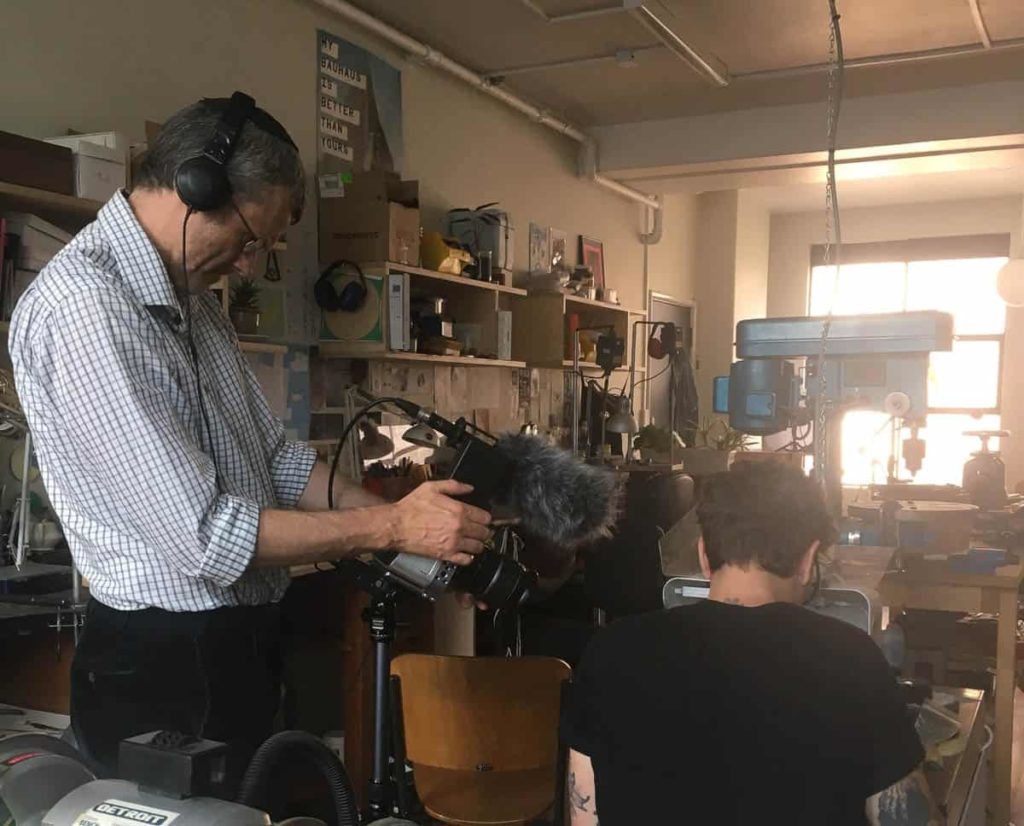 Garland is proud to welcome on board our video producer, Mark Newbound. Mark started making films while teaching environmental studies at the University of Melbourne, where he realised the power of the medium to raise awareness. Since then, he’s been naturally drawn into the craft process, for reasons he explains below.

There was a shot I missed making this film of Rhys Turner. Before we started he held in his palm a short stick of platinum and a cut sapphire. What I didn’t understand then was that the ring would be made from just these parts. Eight hours later that piece of metal would be stretched, cut, bent, hammered, soldered and buffed into the final precise shape housing the stone. What started as unremarkable raw materials ended as an object likely to be treasured for generations.

I’ve been lucky enough to film this ordinary alchemy a number of times now with different artists. As a filmmaker, the most important thing is to be excited by your subject matter. I like the people and the studios, the tools and the noises they make. The films are slow and use natural light because I want to communicate the pleasure I have watching the process and being in the space. The artists seem to take all of this for granted, but for me it’s exceptional. I suppose If I ever stop feeling this way I should stop making these films, but I can’t see that happening soon.

As part of our mission to reflect the changing dynamics of making in our world, Garland profiles the growing popularity of Instagram and video as media for craft practice. While these new media have clear benefit in promoting the craft products, it does also reflect the growing role of maker as performer. This raises questions. How can a maker sustain their practice through performances that are available for free? Is there a danger that trade secrets will be revealed? Your thoughts are welcome in the comment section below. If you’d like to contact Mark Newbound, this is his email.