Oh, will felting ever make it into Artforum? 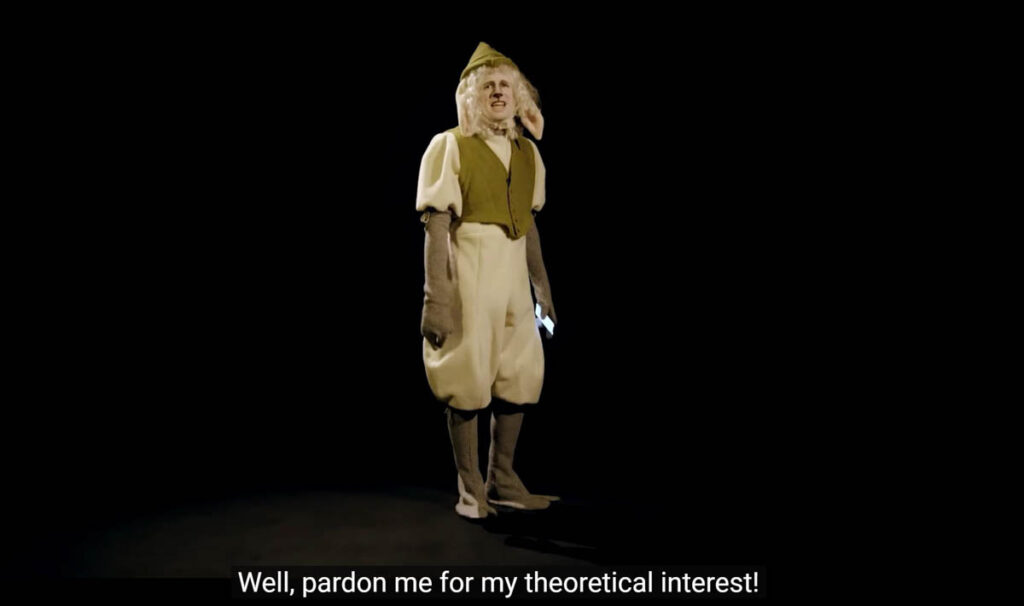 Norwegian Crafts commissioned a series of videos by Siri Hjorth and Sebastian Makonnen Kjølaas that reflect the opposing worlds of art theory and folk crafts.

Something wonderful and fresh emerged out of Norway this year. Known for their theoretical sophistication, Norwegian Crafts let loose with a series of three videos that were both amusing and thoughtful.

Pitch, Prosess, Produkt were the creation of textile artist Siri Hjorth and ceramicist Sebastian Makonnen Kjølaas. Siri and Sebastian have been working together since they met in 2009. They taught art history at the experimental art school Prosjektskolen in Oslo in the Project School and collaborated on a number of projects in the visual arts.

They had previously developed the epic Wittgenstein on Vacation project (2015-2020), which involved transporting a monumental talking hand to the philosopher’s cabin in Skjolden, Norway. For the visual arts, Hjorth produced wild cabaret performances such as TVTV at Henie Onstad Art Center, while Kjølaas produced the monumental sculpture Clear the Air, Clean the Sky, Wash the Wind (2021)

During this time, they worked with Lars Sture, now director of  Kunstnerforbundet. While working as a curator at Norwegian Crafts, Lars was interested in making their theoretical work more accessible to makers. The result was the journal The Vessel, a publication of writing about making. “One of the reasons why we decided to venture to The Vessel magazine is to convey content that would entice a broader audience.“

Siri and Sebastian were commissioned to make a series of performance works for the second issue. Due to the pandemic, they had to adapt and strip down their production to a black cube.  The result is three two-handers that involve dialogues between textiles and those who spin them for their own purposes. 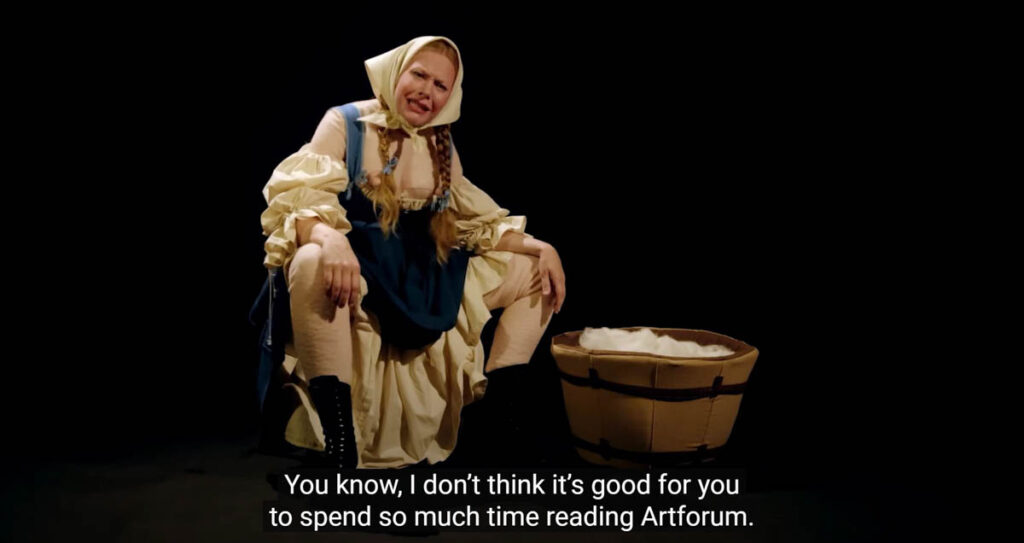 Prosess involves a conversation between the textile artist Tove Ulla (meaning “felting wool”) and a sheep, Lanolin, with occasional interjections about the tradition of felting from a basket of wool.  The story echoes the challenge faced by Norwegian craft in trying to make theory more accessible to makers.

For Siri, the character Tove Ulla evokes some of the women with whom she studied textiles:  “There was a lot of focus on felting and weaving. Many women came from farming. They have their own sheep and they use the wool from the sheep to make clothes for them.“ 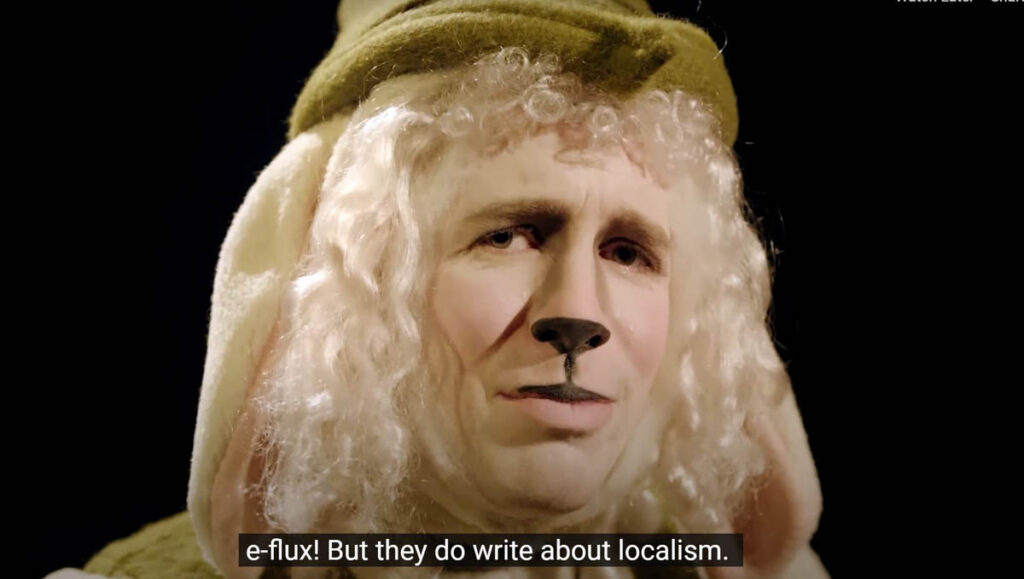 The sheep called Lanolin, by contrast, is a “woolly-headed” theoretical type who is desperate to be featured in the visual arts e-flux platform. He comes up with the concept of “localism” in an attempt to give a veneer of sophistication to the homespun.

Prosess is quite unusual in the way it creates an ironic space between making and thinking. As academic craft grows in profile, much writing can seem abstract and removed from the experience of makers. This can lead to resentment, or worse, indifference.

These videos are not philistine or anti-intellectual. It is just a recognition that thinking and making need to be in balance. As Wittgenstein once thought, there’s a point at which conceptualisation reaches its limit. Words cannot subsume the hand. The occasional poke like Prosess keeps craft thinkers (like me) in their place.

Accordingly, the thinker-maker residencies in Garland’s second journey try to reflect this balance. While we learn important ideas that inform their work, there’s a point when the object and its making speaks for itself.

As the Norwegians say, “No fish without bones”.