Sydney to Shigaraki and back again ✿ Merran Esson 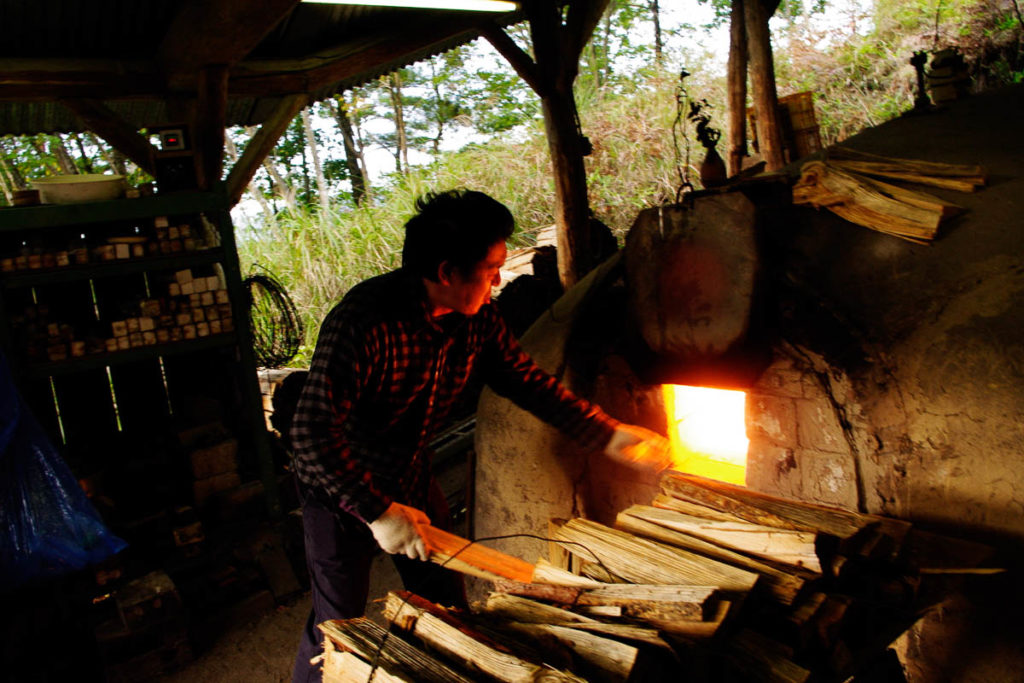 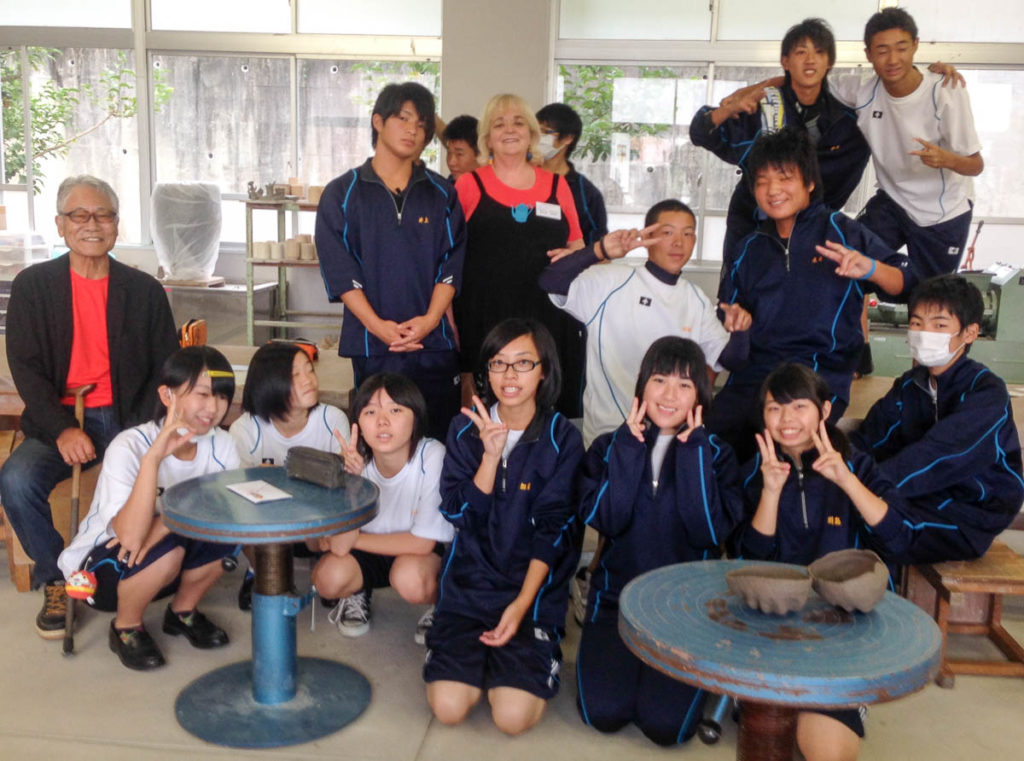 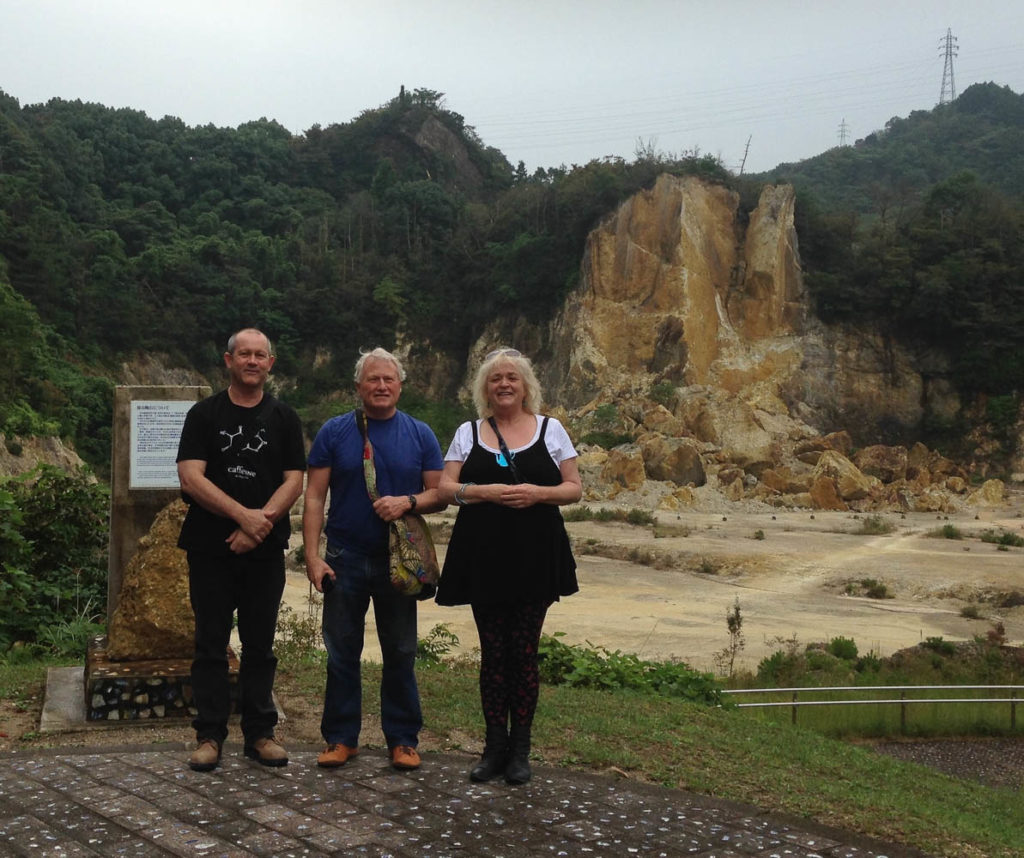 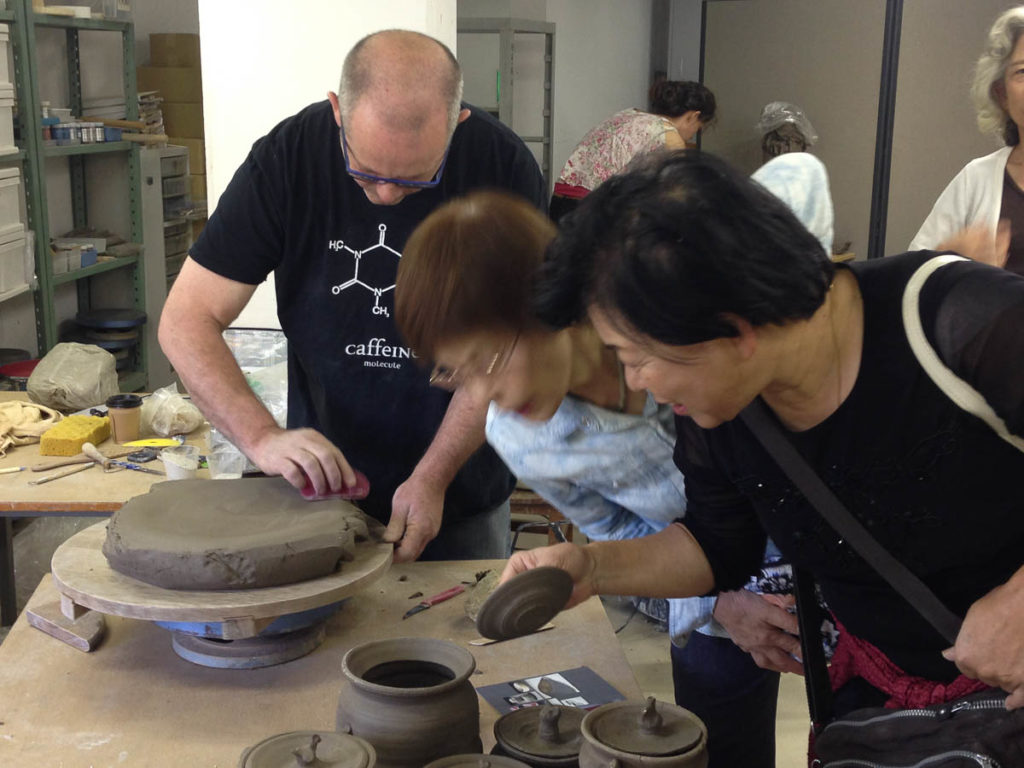 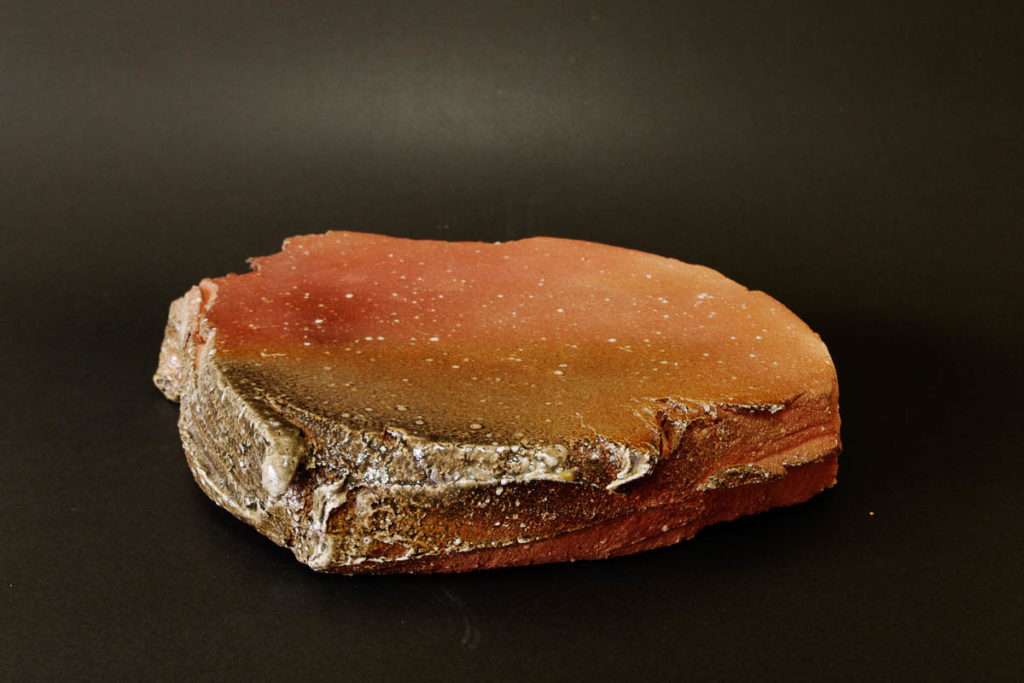 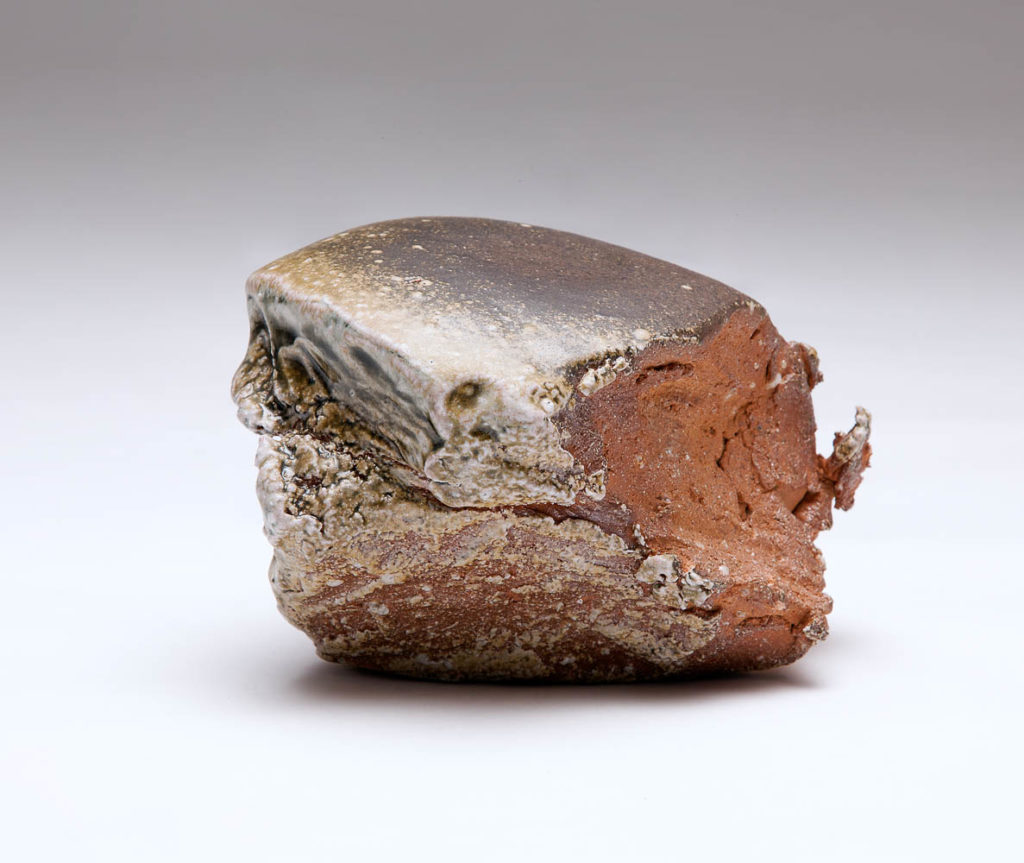 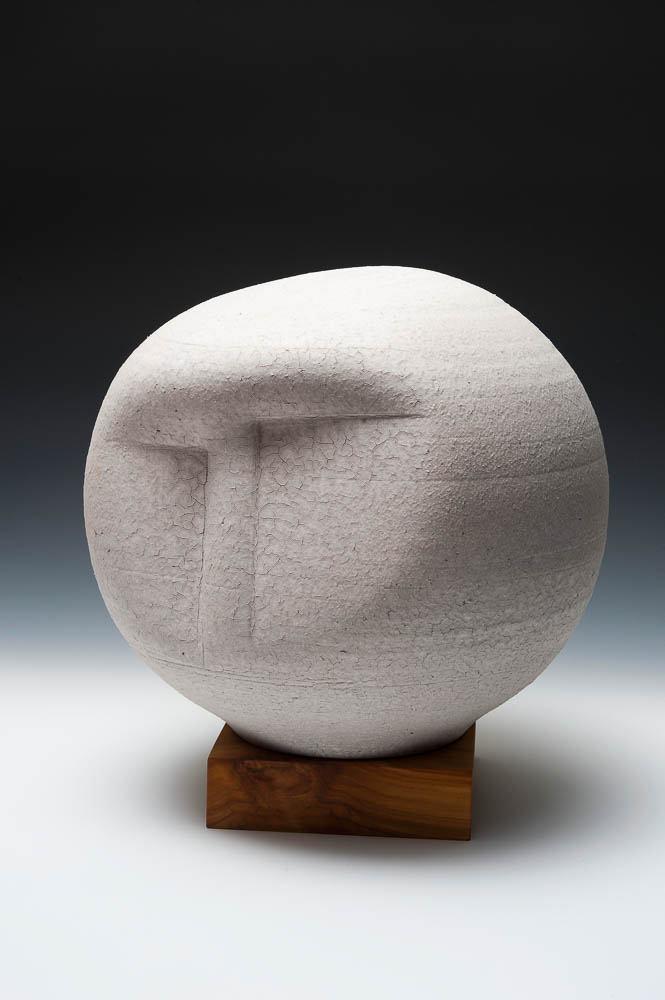 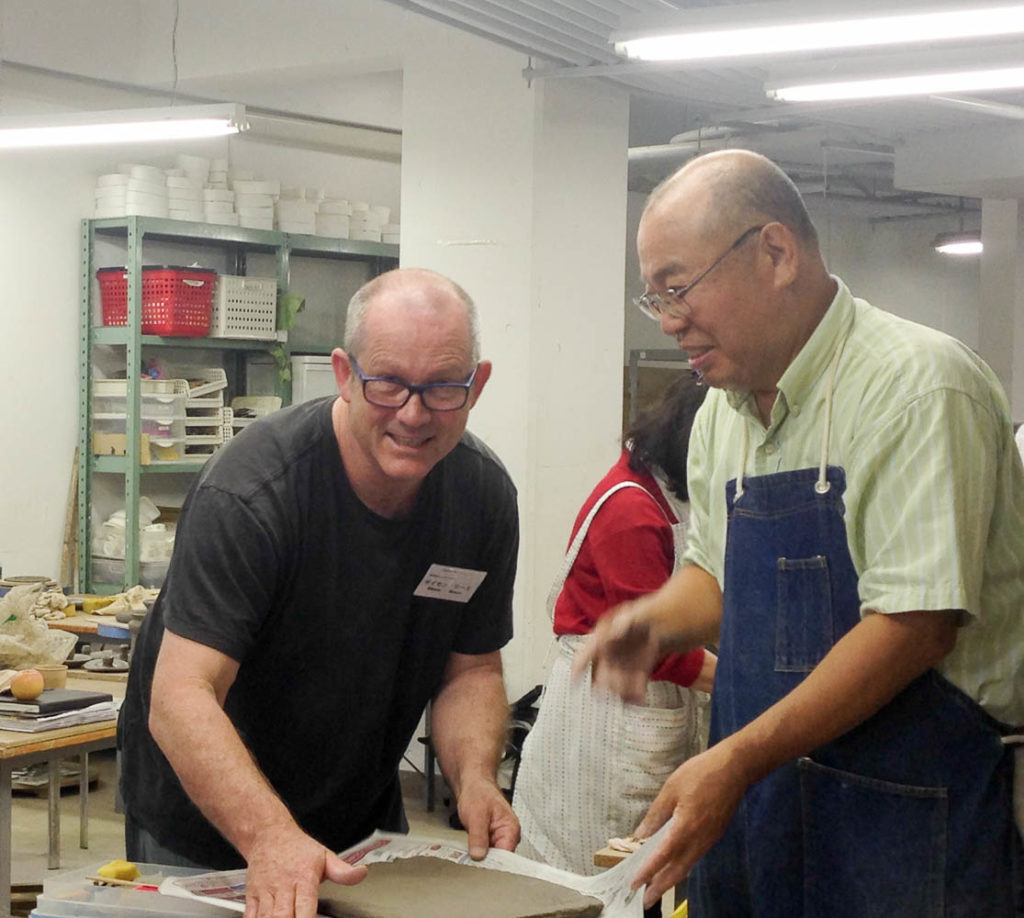 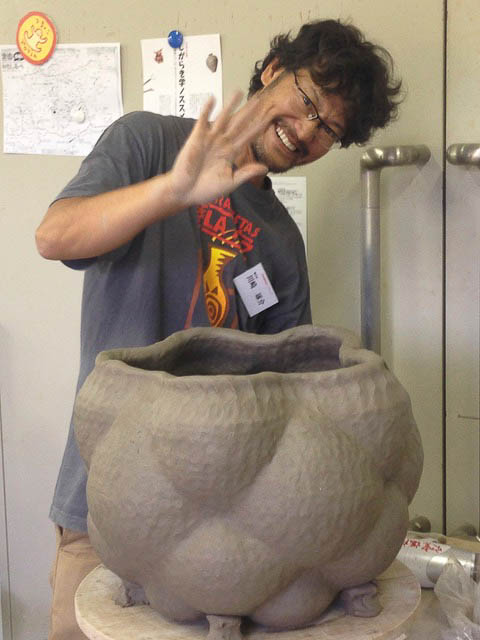 I am one of three Sydney based ceramic artists travelled to Shigaraki, Japan, in September 2014. To us this is one of the wonders of our tribal world: the name conjures up images of ancient kiln sites and rustic clay vessels for tea, sake and ikebana. I am taking this pilgrimage here at the invitation of Otani Shiro, a well known local Shigaraki potter of international recognition, who spent time in Australia to attend the 2011 Wood-fire Conference in Tasmania, and who stayed as a guest with Malcolm Greenwood in Sydney.

I am not known as a wood-fire potter, although I have put a few pieces into firings from time to time, and I brought a wood-fired pot here with me from a firing at Sandy Lockwood’s last year. I wonder if I am an interloper. We are a team of three, Merran Esson, Malcolm Greenwood and Simon Reece. Simon and Malcolm both speak enough Japanese for us to get almost everything we need. I am safe, and with my one wood-fired pot I am part of the tribe, talking about anagama and naborigama as though I am an expert. In some ways I am. I am an artist and an educator, so I know enough about a range of firing techniques to hold my own in conversations about shino and ash glazes and the gems from the firebox. Yet I have to question: why me?

Otani Shiro would like to reinvigorate the locals and in particular the younger generation, to frequent the Ceramic Cultural Park in Shigaraki and be more supportive of the industry that the town is well known for. Otani is quite focused on cultural exchange and this event is the second one that he has organised. Shigaraki clay is recognised by wood-fire potters worldwide. It is a strong, gutsy iron-bearing clay with flecks of feldspathic white rocks embedded in it. It doesn’t require any fancy glazes, but it does demand knowledge of kilns, firing, and ash and flame markings.

We are invited to run workshops and to give lectures at the 2014 Shigaraki International Woodfire Workshop. Our first day of workshops is with the students at Shigaraki High School, this is a great place to start, and there is genuine interest and excitement at our presence. I recall Jack Troy writing some years ago that his aim was “to change the world one handful of clay at a time”. That is what we attempt to do in our short visit to the school. Simon and Malcolm run demonstrations and help school kids have a go on the wheel, while I attempt to show what could be done with a ball of clay and basic hand impressions. The 16-year-olds are hyperactive and pressing their fingers into clay, which takes about 10 seconds, and they are then mostly quite unimpressed. This is the generation who have touch smartphones that with one press of a finger can open up the world; a ball of clay offers very little mystery. So it is rewarding to see some of the next generation glean how touch did not actually start with the smart phone invention.

Having started this writing while in Shigaraki, I am now reflecting on those two weeks in Japan and how it has influenced my work and the work of my two travelling mates.

I am a hand-builder who uses an electric kiln in Sydney. I have seen Shigaraki clay before and knew its properties, so I had a very open mind as to how it might respond to my touch. I learnt very quickly that although the clay was very soft to use, once it began to stiffen it was not very forgiving. Its properties had to be accepted and by the fourth day, I loved the stretch marks and cracks that opened up in the drying process.

Since returning to my studio in Sydney, I needed to find an iron bearing clay and to make naked work, to allow the clay to breathe and show its properties. I have made a series of pieces titled A Different Skin, made with Bennett’s terracotta from Adelaide, and have discovered a huge freedom in making a decision not to glaze. I think this work would look amazing made from Shigaraki clay.

Malcolm Greenwood is one of Australia’s most prolific ceramic artists supplying restaurants with a strong reliable handmade product. He says of the experience, “I am making some plates now for a new restaurant based on some pieces I started playing with in Shigaraki.  Also, I have been producing quite a bit of work influenced by the tableware we experienced at the many restaurants we ate in. A number of new ideas and directions I was considering were confirmed or reinforced.”

Simon Reece works from his studio in Blackheath and is a part-time lecturer at The National Art School. For him the trip meant, “galvanising of the ideas around materials governing the work.” Simon has always had a strong interest in geology and truth to materials. Starting with the specific treatment of the local clay and resolving technical differences, he says “new work was being formulated whilst there. We were invited to help reinvigorate a place with a rich ceramic tradition via cultural exchange. The 80% take-up of ceramics at the high school was indicative and on a personal level my plates were everywhere. People make a living out of it in Shigaraki; mostly it’s an indulgence here but a beautiful one nonetheless.”

Shigaraki is a ceramic town; it has numerous wood kilns, clay deposits and lots of potters. Wood firing in Japan now is a luxury, almost unaffordable due to re-afforestation and restrictions on using wood as a fuel. Shigaraki Bucket, my piece that was fired in Japan by the Shigaraki potters, is much cherished. The markings of my fingers, the cracking of the local clay, the ash deposits and flame markings all remind me of why I am an artist who chooses clay. Travelling to other cultures is so much more than just a journey of miles. Sharing our knowledge and experience was not only about technical issues, but probably more importantly, the sharing and exchange of philosophy, culture and ceramics as career and lifestyle. I think we brought back much more than we left.

This article was first published by Mansfield Ceramics in Yarrobil Magazine, Issue One, May 2015.