Views of Brisbane at hand 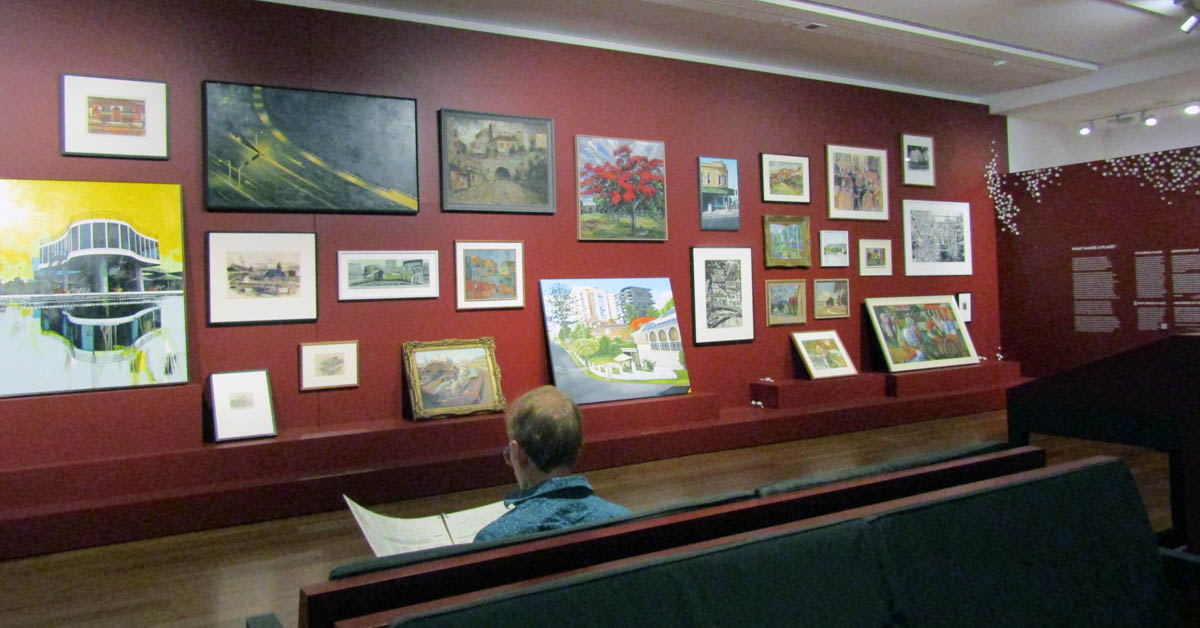 Pamela See reviews an exhibition at the Museum of Brisbane that depicts the urban landscape over time through the eyes of first and subsequent peoples.

Making Place: 100 Views of Brisbane explores the evolving geographic and cultural landscape of the municipality. The collection exhibition “breaks ground” in Queensland museum curatorship, as an interactive integration of art and utilitarian artifacts, from postcards produced at the turn of the twentieth century to contemporary sound art. The first and second generation Australian perspectives presented range from the impressionistic watercolours of Australian of British heritage, Richard Randall, who captured the sugar refinery at New Farm in 1901, to a vibrant contemporary impasto impression of a Sunnybank vista by Jun Chen, a Brisbane artist who migrated from China in 1990.

Some First Nations artists literally broke the ground to create their artworks, including Robert Andrew, of the Yawuru, and Jody Rallah, of the Yuggera, Biri Gubba and Warrangu. Andrews applied ochre to aluminium board in his text artwork New Country, Old Text (2016), and Rallah’s Celebrating Country (ongoing series) is crafted from ochre, ceramics and sand.

The title references One Hundred Views of Mount Fuji, a series of Ukiyo-e prints by Katsushika Hokusai which documented the modernity of nineteenth-century Edo by depicting the diverse echelons of its society. Although human figures are largely absent from this salon hang, a selection of the landscapes are left leaning against walls. Their picture planes are transformed into grounds which, in a Gestalt context, incorporate the figures of passing viewers. Apart from emphasising the objecthood of the paintings, their positioning is among the curatorial strategies employed to activate both artifacts and audiences. An archive of historical photographs depicting the subjects of many of the artworks is also made available through drawers in the centre of the space. 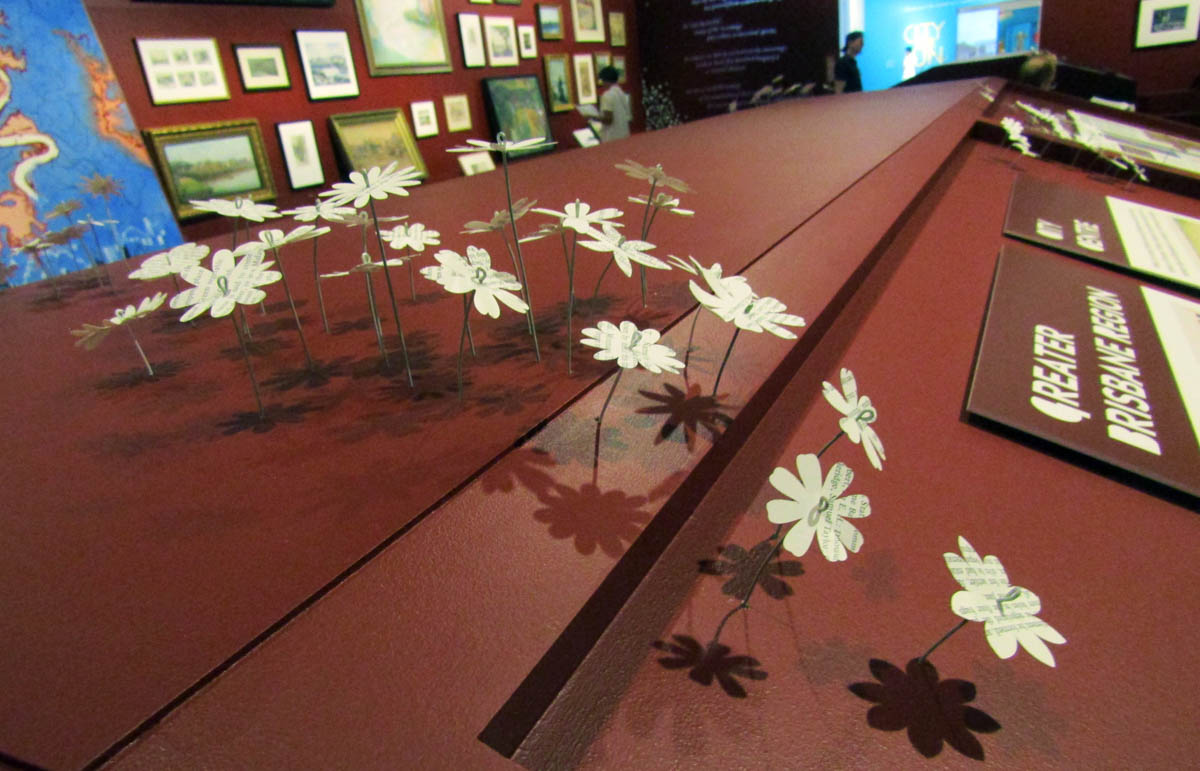 The papercut installation Growing Place (2022) by Jenna Lee culturally and chronologically coheres the remaining ninety-nine artworks. The rich heritage of the artist includes the indigenous peoples of Larrakia, Wardaman and Karajarri. She also has Filipino, Chinese and Japanese, ancestry. Intended to represent the capacity for Australian First Nations languages to be revived, Lee “plants” hundreds of flowers which she cut from Aboriginal Place Names, a book written by Alexander Wyclif Reed in the mid-twentieth century.

The progressive, post-ethnographic positioning of the artifacts in this exhibition provides a profile of a city that is outward-looking despite the geographic introspection of the exhibition theme. This is as much conveyed through “the hand” of the architects whose structures are depicted, as “the hand” of the artists who captured them. The styles and techniques evidence over a century of their communion with international movements such as modernism, abstract expressionism and post-colonialism.

Pamela See is a Garland perennial.