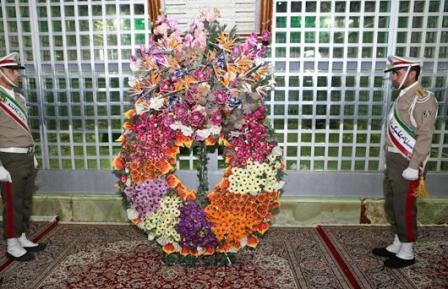 http://irna.ir/en/News/81536050/ Shahr-e Rey, Tehran Prov, March 10, IRNA – A high-ranking Pakistan Navy delegation paid tribute to the Late Founder of the Islamic Republic Imam Khomeini Tuesday morning.Led by Commodore Mateen ur-Rehman, the delegation visited the mausoleum of the late Imam in south of Tehran and laid a wreath of flowers on his tomb.The delegation is in Tehran upon the invitation of Iranian defense officials to visit a number of military centers and become familiar with army’s achievements.Commodore Rehman said developments of the Islamic World were initiated by the thoughts of the Late Imam Khomeini and the Islamic Revolution he led to victory in Iran in 1979.The Late Imam’s teachings inspired unity among all Islamic thoughts, he added.