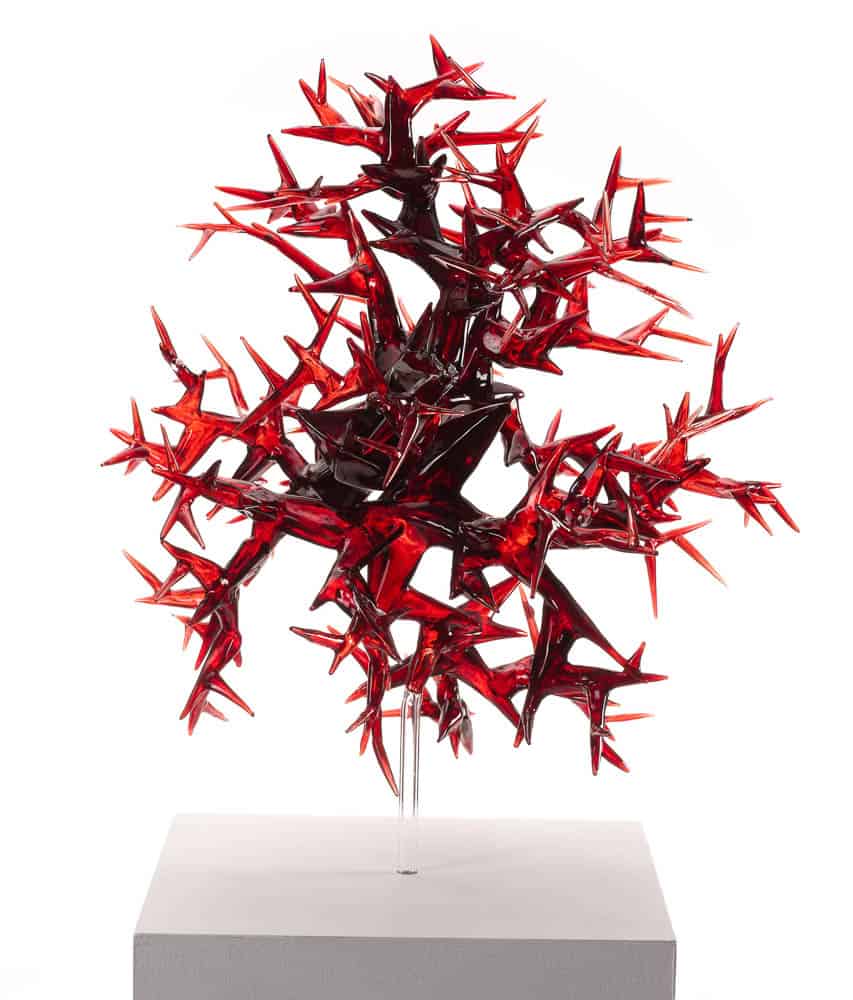 Today synapses snapped.
One thing led to another:
The brain grew a thousand neurons,
the body grew a thousand nerve endings-
like coral: almost crystalline.
The heart broke into a thousand shards-
piercing the mind from the inside,
then took flight – a thousand birds on the wing: moving as one.

From my ‘Slow Growth improvisation’ series, this work took shape—blowing glass—one bubble into the next over a 5 year period. It evolved into a crystallization of grief at my father’s passing. Over time the grief dilutes into smaller crystals which still hurt but become lighter like the wings of birds.