Art for whales ✿ A driftwood tribute from Golden Bay 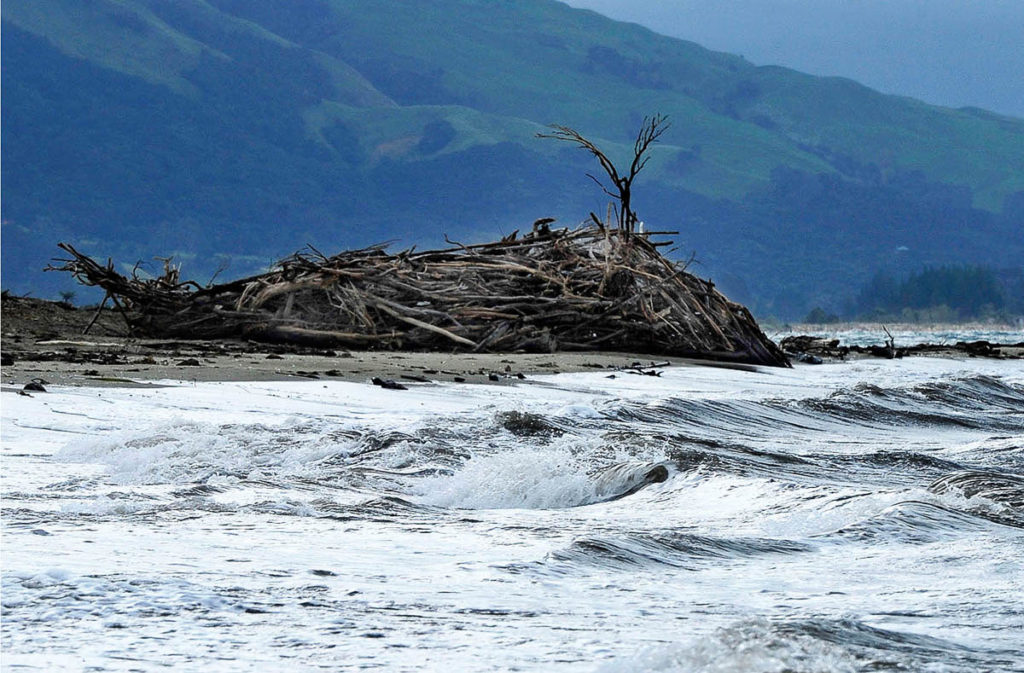 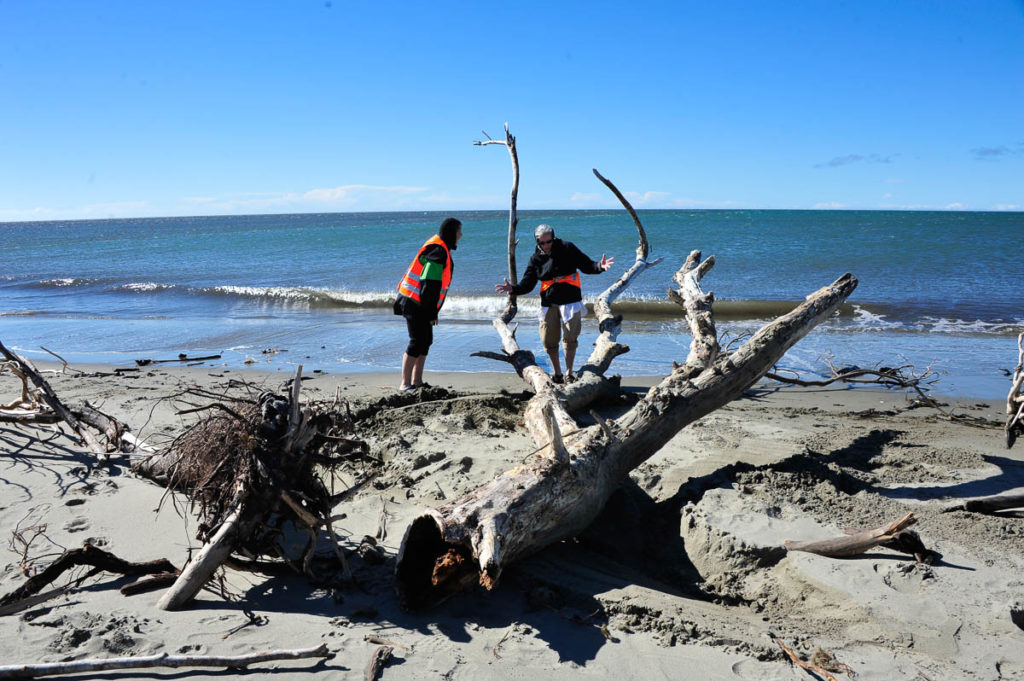 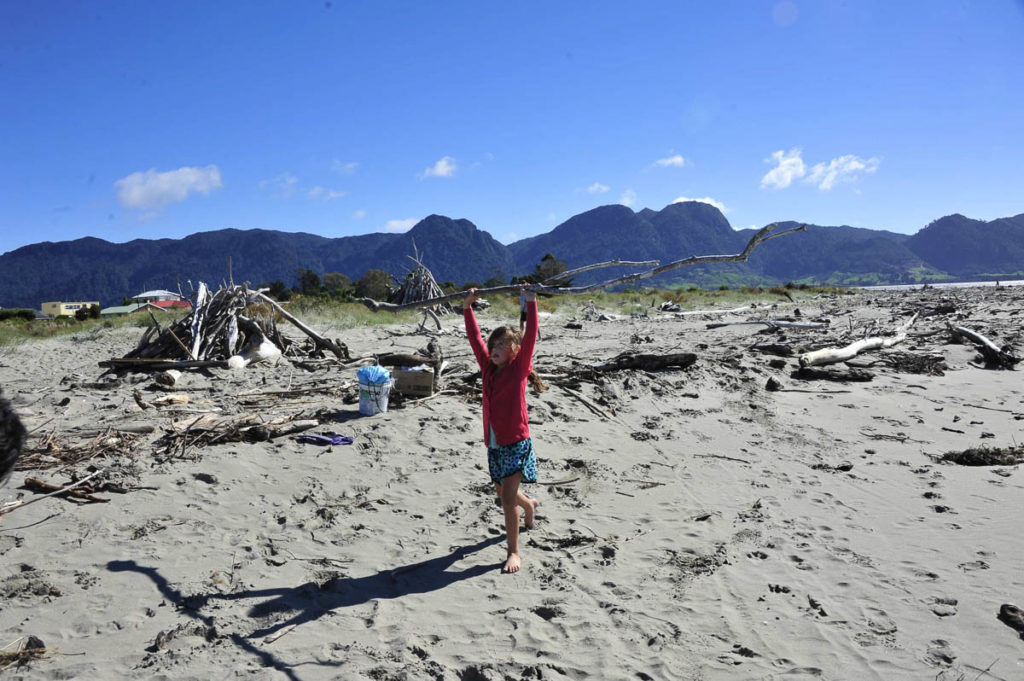 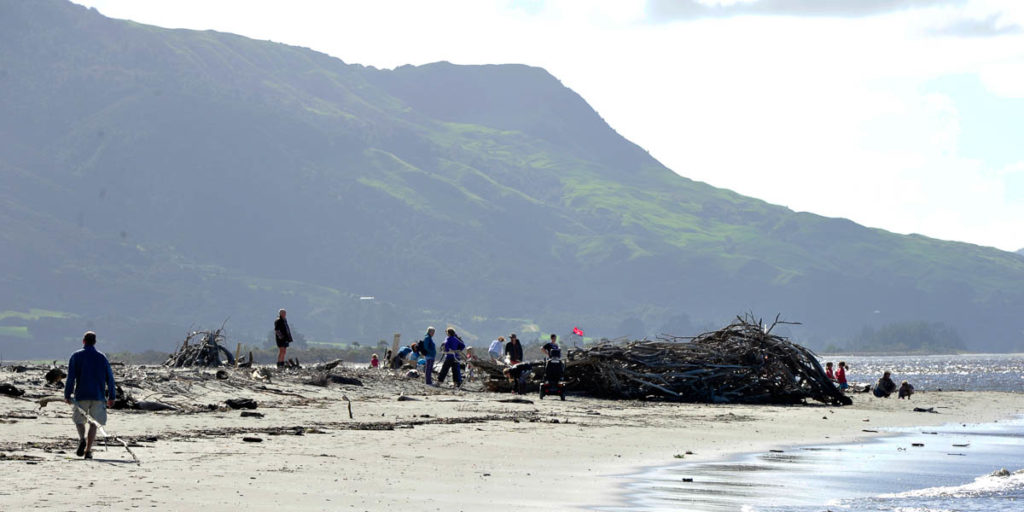 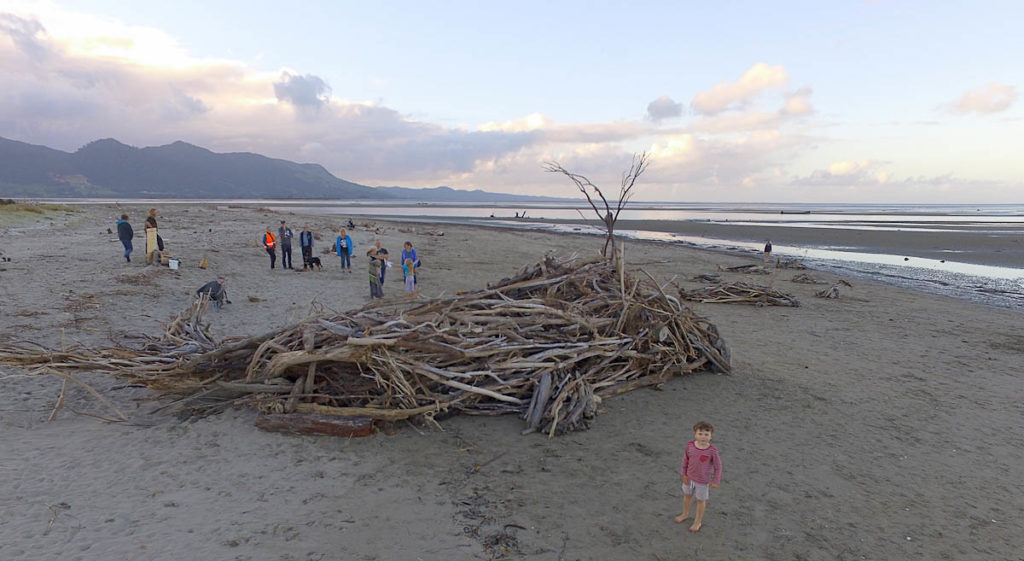 Continuing our theme of With Nature, we share this remarkable community fibre project from the northern tip of the South Island.

I live in Golden Bay NZ and we have the unfortunate history of many many whale strandings, especially at the Farewell Spit, which is a 25km sand spit on the northwest corner of the South Island. After one of the big whale strandings in February 2017, where 406 pilot whales stranded, I dreamed up a community driftwood whale project, to allow anyone, who couldn’t get out to the Spit to help the whales re-float, the opportunity to pay homage to the whales and encourage them to stay out at sea.

At Easter 2017, myself and a talented American weaver called Judy Dominic led the community in building a driftwood whale on Collingwood beach, Golden Bay. The event was sponsored by the Golden Bay Arts Council. We were not at all sure how many people would come. In the end, though, three hundred or so people of all ages and abilities came. They scoured the beach for driftwood and we made an entire pod: one huge whale 11 metres long and six other adolescents and a calf. We built them just under the high water mark, facing out to sea, to allow the sea to come and claim them. It was a wonderful day for the community coming together to build a tribute to the beautiful whales that swim past our coastline.

I think everyone here loves the whales and are very distressed when there are mass strandings. Often they strand at a difficult to get to location in the bay and it is often necessary to have a wetsuit and great endurance to withstand the long walk out to them. We have to endure the hot, hot beach and the blustery winds, let alone the emotional turmoil of carrying buckets and buckets of water to keep the stranded whales alive until the next big tide. So, that said, people joined in with the driftwood whale to show solidarity with the efforts to float real whales, when often they can’t support them when they strand.

People liked the fact that we built our driftwood whale on the high tide mark and let the sea take it, in an effort to encourage all whales to stay out at sea. Since then, April 2017, we have not had a mass stranding…….