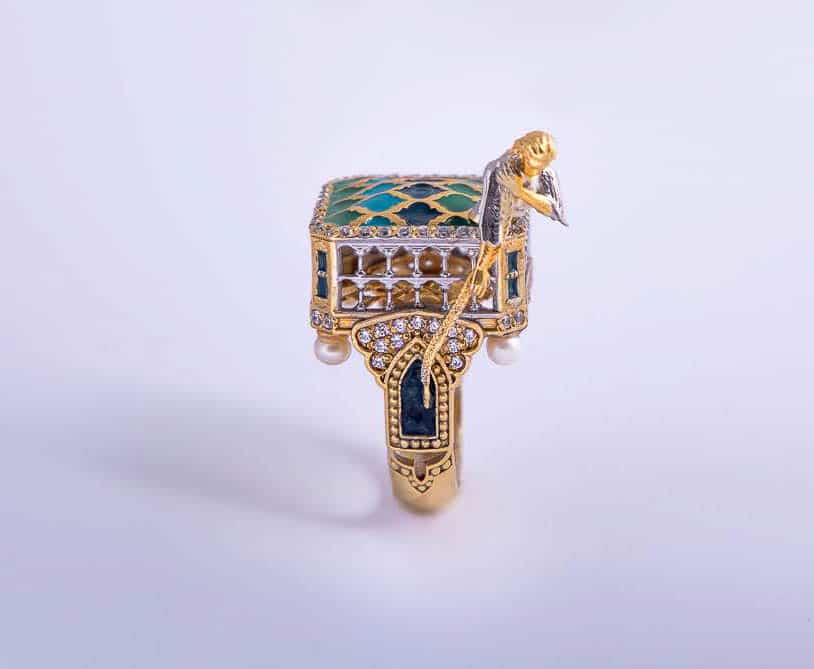 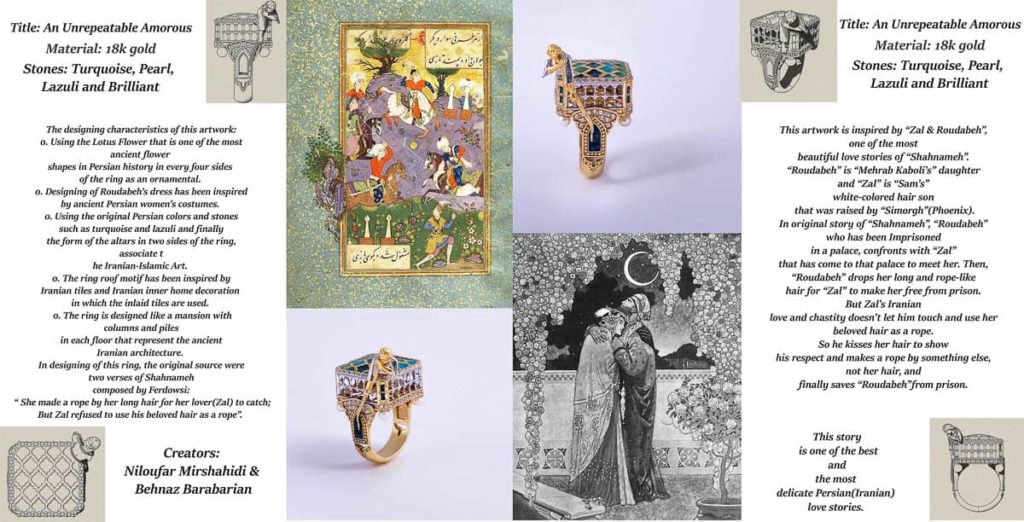 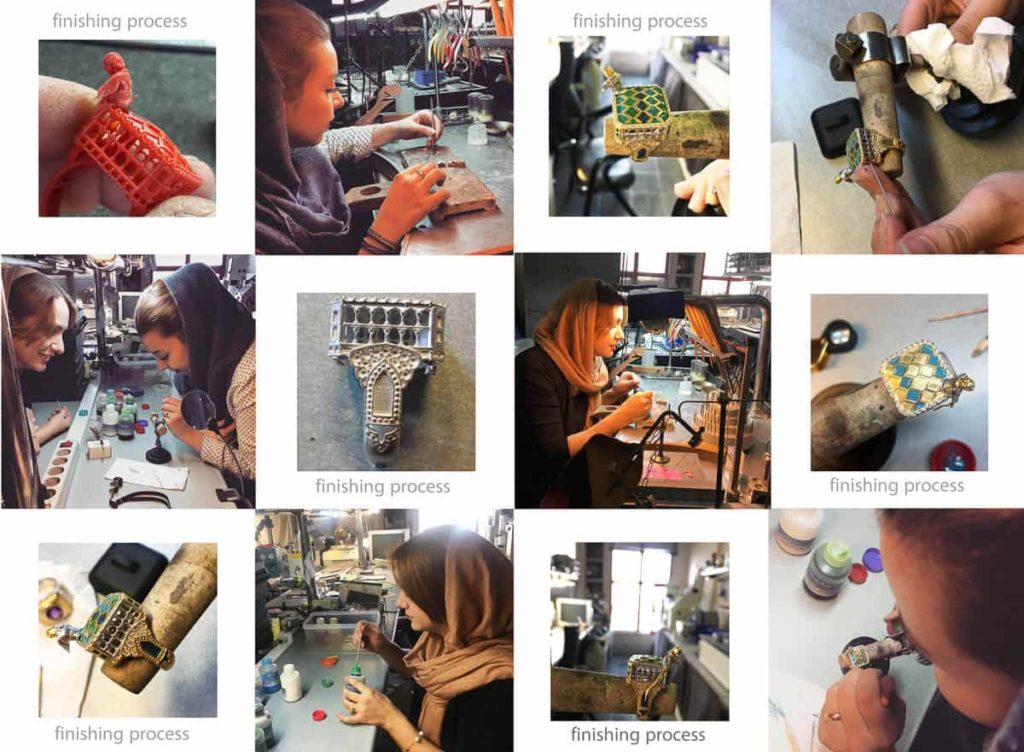 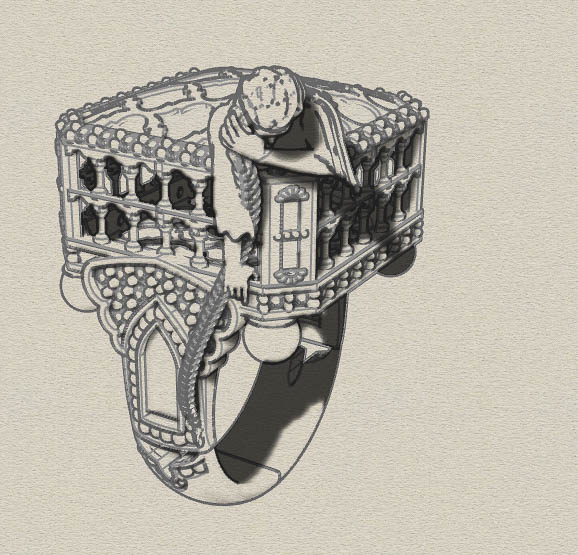 This jewellery artwork is inspired by “Zal & Roudabeh”, one of the most beautiful love stories of Shahnameh.

Roudabeh is Mehrab Kaboli’s daughter and Zal is Sam’s son with white-coloured hair that was raised by Simorgh (Phoenix).In the original story of Shahnameh, Roudabeh, who has been Imprisoned in a palace, confronts Zal that has come to that palace to meet her. Then, Roudabeh drops her long and rope-like hair for Zal to make her free from prison. But Zal’s Iranian style of love and chastity prevents him touching and using her beloved hair as a rope. So he kisses her hair to show his respect and makes a rope by something else, not her hair, and finally saves Roudabeh from prison.

This story is one of the best and the most delicate Persian (Iranian) love stories.

Elements of this work include:

In designing of this ring, the original source were two verses of Shahnameh composed by Ferdowsi:

She made a rope by her long hair for her lover(Zal) to catch
But Zal refused to use his beloved hair as a rope.