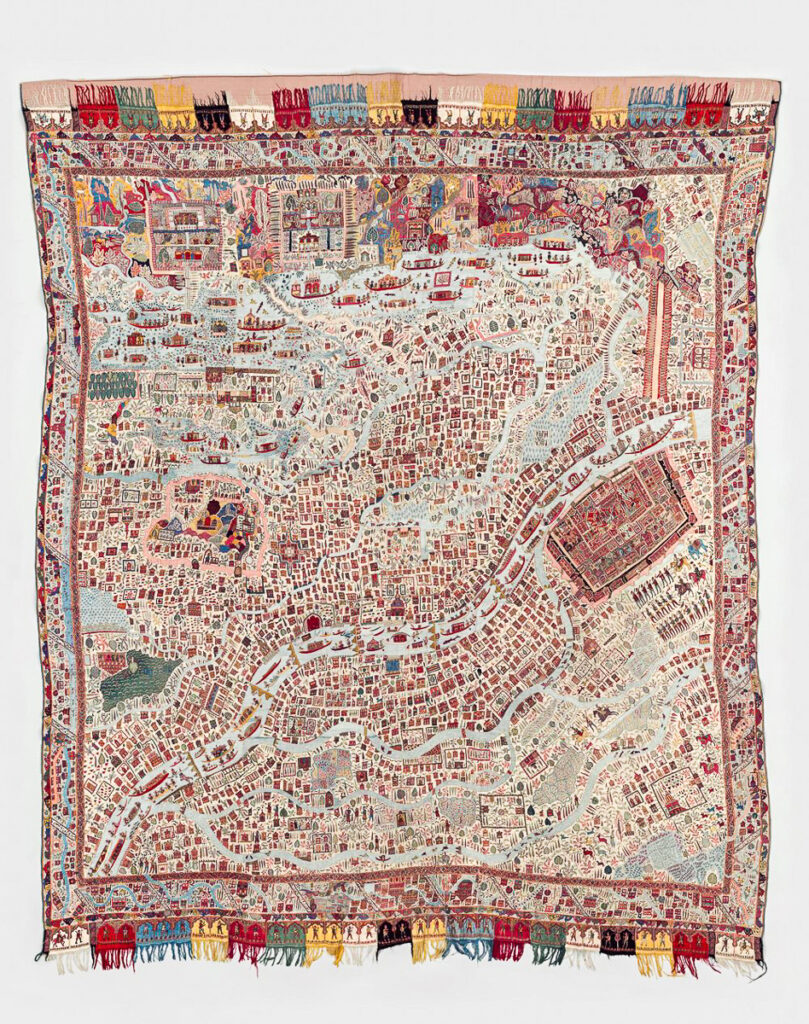 Khushbu Mathur reflects on the enduring appeal of the Kashmiri shawls made from the wool of the Himalayan Ibex.

What makes luxury? The exclusivity of a product, its history, quality and indeed human touch are few of the qualities of the luxurious products and its irreparability.

Every corner of India is filled with the richness of crafts which is the gift of culturally rich heritage. Every craft has a beautiful history behind and shawl weaving in Kashmir is one of its kind. It has remained one of the most important economic activities of Kashmir till the late nineteenth century. Kani weaving is the pinnacle of Kashmir shawl making. No other form of weaving can match Kani in its sophistication. It used to be a must-have for Kings from Mughals to Caesars.

You must be wondering why shawls from Kashmir are very famous as wonderous “ring shawls” that slither through a small thumb ring?

Woollen fibre that is used for making the shawls are literally translated as “soft gold” renowned for its soft silkiness, feather lightness and warming attributes. In response to the severe cold of altitudes over about 15,000 feet, Capra Hircus, a species of goats produces an undercoat of extremely fine wool called pashmina or pashm. The finest is known to grow on the Himalayan Ibex’s underbelly. Summers come and they rub themselves against rocks and shrubs, leaving behind fine short-haired fleece. The wool collected every spring before the goat grows a new coat each winter is cleaned. Combing separates the hard and soft fibres. Then on the charkha, it is carefully handspun. The wool merchant separates the yarn for use as warp and weft.

Pashmina is the softest wool and luxurious fibre. The art of making pashmina is believed to be at least as old as 3000 years B.C. Pashmina shawls were also used during the period of Mahabharata where it had been the favourite of the emperors and noble rulers. Pashmina was even referred to as the “fibre for Kings”.

Pashmina has always been one of the favourite subjects of researchers and scholars which is now immortalized and has stood the test of times. These shawls were often given as bribes to please British Ambassadors. The English royalty exemplified their taste for the Kashmir shawls.

French princess Empress Josephine of France (1763- 1814), who was gifted her first piece of Kashmir Pashmina paisley shawl by her husband Napoleon and Kashmir Pashmina very quickly turned into a symbol of fashionable living across Europe. It has since been a must-have for most fashion aficionados and in the wardrobes of rich and royal families in the west since the eighteenth century.

Kashmir shawls were also in continual demand in Iran from the sixteenth to the early twentieth centuries.

But Kashmir shawls could mean more to individual women than luxurious wraps. As nineteenth-century British law and custom greatly limited women’s inheritance rights to real property, the ownership of Kashmir shawls and other clothing items of exchange value could be of obvious importance.

To my mind, the exquisite Map Shawl of Srinagar that was developed in the late eighteenth century is indeed one of the most amazing pieces of art on fabric ever created. This shawl took 30 years in the making. There are three or four such specimens in the world of the masterpiece of Kashmiri kani works on a pashmina shawl.

One was reportedly presented to Queen Victoria by Maharaja Ranbir Singh and is presently at the Victoria and Albert Museum in London. One more is with the National Gallery of Australia. One is with a private collector and this piece is at the Shri Pratap Singh Museum in Srinagar.

These are the photos of the specimen at the Victoria and Albert Museum and all the pics are from there. This was presented to them by Mrs.Estelle Fuller in 1970 and this specimen as per the Museum was made in 1870.

As a contrast to the tastefully built up world of the dignified people, lay the vast stretches of pastoral land in the Himalayas and the weaver’s space in Kashmir with absolutely nothing that can be called up as built up till as far as the vision goes. The Changpa nomads are busy herding the pashmina goats near the lake. The landscape is passionate, unforgiving and beautiful. Many Changpas are slowly selling their tents and livestock and moving to other occupations or to Leh.

Weavers cannot work for more than 4-5 hours a day, it strains their eyes. Because needlework cannot be done all day, many artisans also double up as agricultural labourers.

Pashmina was, is and will remain forever imperial clothing. As in the old days, pashmina is an essential part of the fashionable clothing of modern women. This fact indicates endurance, attractiveness and sensibleness of this classical fashion accessory. Even today original pashmina shawls, scarves and stoles remain enchanted and popular among fashion accessories. Genuine pashmina is a luxurious, stylish and precious gift of nature. Fine pure cashmere, wool and silk are a jewel of natural materials of the highest quality.

Natalia Toledo ✿ My skin bursts with the flowers etched upon my dress
Turkey Red on India Street
Christus Nóbrega ✿ Remaking the past with lace
Linda Butcher ✿ Inside the tent in Egypt
Rites to Writing ✿ Ishan Khosla links craft and graphic design
Judy Nolan ✿ A knitted revenge on wordiness
How much has your year been worth? Bridget Kennedy exhibition
Happy Vasant Panchami