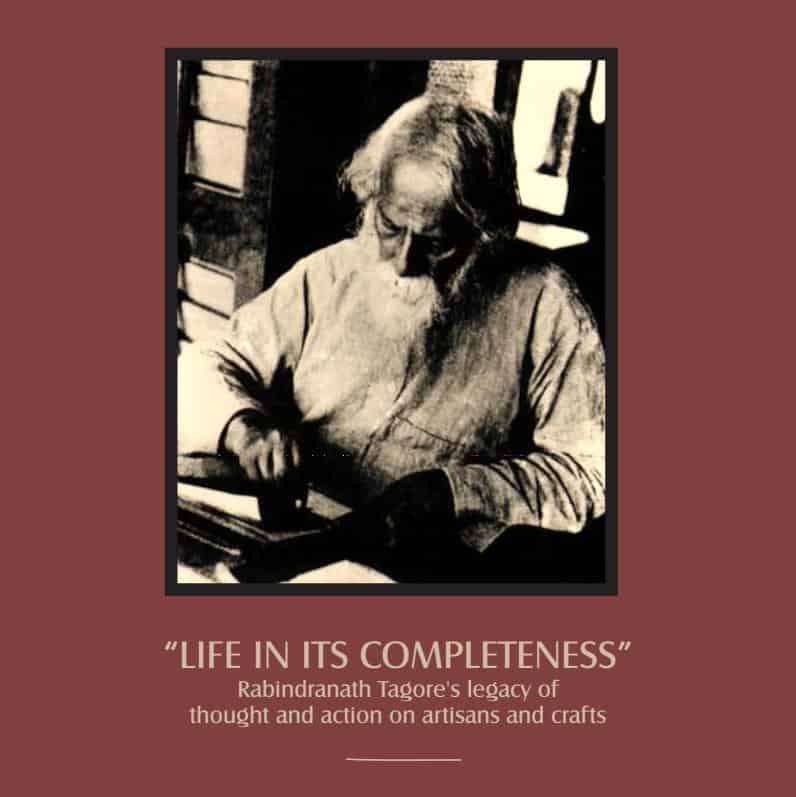 Ashoke Chatterjee champions craft as a vital part of Indian society and economy at an event to commemorate the 100th anniversary of Visva Bharati, the university founded by Rabindranath Tagore in Santiniketan.

Thirty years ago the Crafts Council of India (CCI) held its 1986 National Meet at Visva Bharati. Our journey then was a gesture of respect to a profoundly influential craft ethos. Perhaps we were also in search of tranquility in a year that altered history with its turbulence: the siege of the Golden Temple and injustice to Shah Bano. Gurudev’s vision of an India unbroken by “narrow domestic walls” was under siege. Today, that respect and our quest for harmony is reinforced by a new need for partnership. India’s artisans and their crafts are in crisis. In the struggle ahead, allies are needed.

Artisanal wisdom and skill were central to the vision on which Visva Bharati, Sriniketan and Shilpa Sadan were founded. India’s craft renaissance began here, and at a distance away at Sabarmati Ashram. Dialogue between the Mahatma and Gurudev on India’s craft heritage was linked to their concepts of freedom and modernity, and to the catalytic role which hand production would play in the struggle for independence. When freedom came, Nehru integrated crafts into development planning, the first demonstration of its kind anywhere.

To succeeding generations, including those brought together by Kamaladevi Chattophadhyay in CCI, artisans and craft were as indelible as the tri-colour. Then about a decade ago, something changed. Craft heritage was rapidly becoming an empty mantra. From high places we were told that hand-made products and their makers comprised a “sunset industry”. Indeed, India’s global image of handcraftsmanship had become an embarrassment, akin perhaps to snake charming. Progress was now imaged as Singapore or Silicon Valley. Handicrafts were clearly out of step, and should be allowed to fade gently into the night. Artisans should look to contemporary ‘sunrise’ callings that embrace those Silicon Valley dreams. The shock to CCI was profound. India had demonstrated that crafts were not just beautiful products, but a strength that had helped topple an empire and had then grown in creativity to help communicate India’s message to the world. Acknowledged as the second largest source of Indian livelihood, artisans also represented communities and locations still at the margins of development. To what alternative occupations could these multitudes flock? New technologies were already demonstrating models of jobless growth. 48

The IT industry, so ingrained in that Silicon Valley mindset, represented less than 3M jobs. If not food and hand production, what else was India suggesting as a future path for millions? Now a penny dropped. Neither the Government nor any of us had an accurate idea of the size and economic significance of the sector we wanted to protect. Without robust data, dismissive attitudes could flourish and disastrous decisions made with impunity.

In 2008 the ‘sunset’ syndrome brought CCI and partners together at a Kolkata conclave. There Gopalkrishna Gandhi reminded us that Government’s heart could only be influenced through Government’s mind. Without economic evidence, all other craft arguments—social, environmental, cultural, political and even spiritual—would fail. The immediate task was to demonstrate craft impact on the economy. Yet Council experience had been driven by cultural and aesthetic values, not economics. Economists were now needed as partners. Three years followed of research, methodological experimentation and advocacy. Finally, the national Economic Census 2013-14 included artisans and crafts for the first time ever.

“Life in its completeness”

While Economic Census numbers are under review, preliminary indications of scale far exceed the official estimate of 11M artisans. Other calculations reach over 70M, with some reaching 200M. Clarity is expected from a census designed specifically for this sector. It will go beyond the Economic Census constraint of independent entrepreneurial establishments in selected crafts. A watershed in sector awareness and action may be ahead. That prospect brings us to re-visit, within a changed India and in another century, Gurudev’s mission of transformational livelihoods.

Tagore rejected progress understood as accumulating material riches. Like Gandhiji, he advocated an ethic of trusteeship: protecting nature’s resources for future generations and putting people, particularly the deprived, at the centre of decisions for change. For this, Gurudev advocated an approach to education that “makes our life in sympathy with all existence”. Visva Bharati, Sriniketan and Shilpa Sadan were expressions of this dream. Its endurance requires tested relevance as well as courage and stamina. Aspirations throughout our land are not just of the Silicon Valley/Singapore kind. Village communities have urban ambitions, fueled by competing lifestyles. Contact with the earth, the element that brought Tagore to Bolpur, is being lost as countrysides decay and migration thrusts millions into urban slums in search of survival.

Hazardous notions of progress are embedded elsewhere as well. One example emerged in the midst of CCI partnership with Economic Census authorities. The Ministry mandated to protect Indian craft issued an unusual directive. An electric motor was recommended for handlooms. The stated objective was to improve “productivity” and “incomes” for languishing weavers, through handlooms converted into “modern” power-looms. At one stroke, an astonishing Indian advantage with global demand would be destroyed. Weavers were not fooled by crocodile tears, or by the powerful pro-mechanization lobbies operating from the wings. Throughout the country, weavers rose in revolt. Possibly because a national election was around the corner, this idiotic scheme was dropped. Yet the threat remains, reappearing with regularity.

Livelihoods give real meaning to sustainability, as well as to those other qualities that make craft unique as a force for development. Responding to craft threat with craft opportunity demands thorough comprehension of the values upon which Gurudev’s efforts were founded. He wanted “to bring life in its completeness into villages”. How can that mission be sustained within rapid urbanization and new aspirations? How can Tagore’s ideal of education as “learning by doing” be taken not just to villages but also to towns and cities? Can handcraft become an engine for self- reliance, with creativity and aesthetics making artisans job creators rather than job seekers? While Gurudev spoke more eloquently on aesthetics, Gandhiji too regarded creation as an art. For both, craft as art had to have profit-yielding livelihood at its base. Tagore wanted handmade products to have economic value “at home and commanding a ready sale outside”, embracing utility with creativity and drawing for inspiration on universal sources. We need to remember this because a century later professional marketing remains the greatest of all challenges for the future of Indian craft. Hand production must be founded on systems that deliver sustainable livelihoods within change and competition. As early as 1924 Sriniketan was conducting market studies, and by 1937 Netaji had inaugurated a Sriniketan emporium in Calcutta. For both Tagore and Gandhi, craft productivity required both responding to demand and the capacity to mould it. 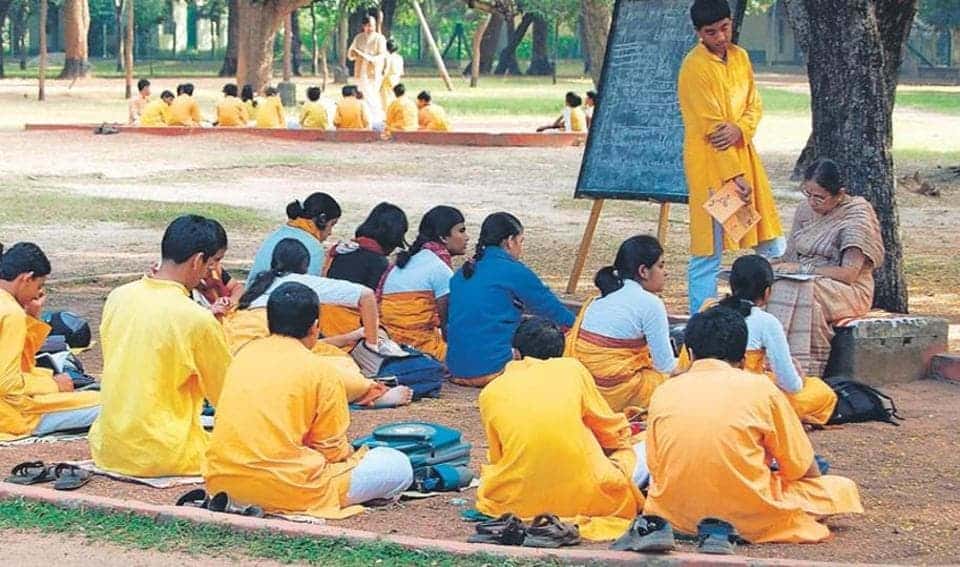 Where “The Future is Handmade”

At the time the Council and its partners were trying to recover from that “sunset” shock, a more pleasant one emerged from sources within the European Union. There a new slogan was heard: “The future is handmade”. On enquiry, it was explained that today survival in competitive markets requires creativity and innovation. These resources and capacities are rooted in craftsmanship, as demonstrated by Japan and the Asian Tigers. Unless revived, the loss of Europe’s handicraft traditions can mean sacrificing tomorrow’s markets for quality products. Yet another surprise came at the World Crafts Council 2014 assembly in China. Delegates heard that a decade earlier China had identified two “sunrise industries” as essential to its dominance as an economic power: IT and crafts! The contrast with India, the largest craft resource in the world, could not be more striking.

Another opportunity comes this year with the signing by member nations of the UN 2030 Agenda for Sustainable Development. Several of its 17 goals—integrating economic, social, environmental and rights issues—offers an agenda for restoring Gurudev’s understanding of crafts as an opportunity for “life in sympathy and harmony with all existence”. The Sustainable Development Goals (SDGs) recall the holistic understanding of human wellbeing that impelled his efforts here at Santiniketan. The Goals reflect a growing consensus on progress and modernity understood as decent lives lived in equity and justice: “where the mind is free and head is held high”. SDGs offer both relevance and urgency to the vision that created Tagore’s institutions. Turning away from glitzy images of Singapore and Silicon Valley, tomorrow’s dreams could be of a transformed Bolpur and of myriad settlements just like it—transformed if key issues are confronted with Gukrudev’s wisdom and courage:

Confronting these questions and the challenges within them is the purpose of our joint reflections here at Santiniketan today.

The full publication can be downloaded here.

Issue #5 - @India
Deepawali: A row of lights around the world
Jay Thakkar ✿ The fourth wave in craft education
Maggie Baxter ✿ Peeling walls and tattered ledgers
Rajan Vankar ✿ A lifelong love for the loom
Bakhiya: The beauty of the imperfect
Phad painting: On the 150th anniversary of Gandhi's birthday
Life & Death ✿ An exhibition that designs its own demise