The enduring appeal of k-craft 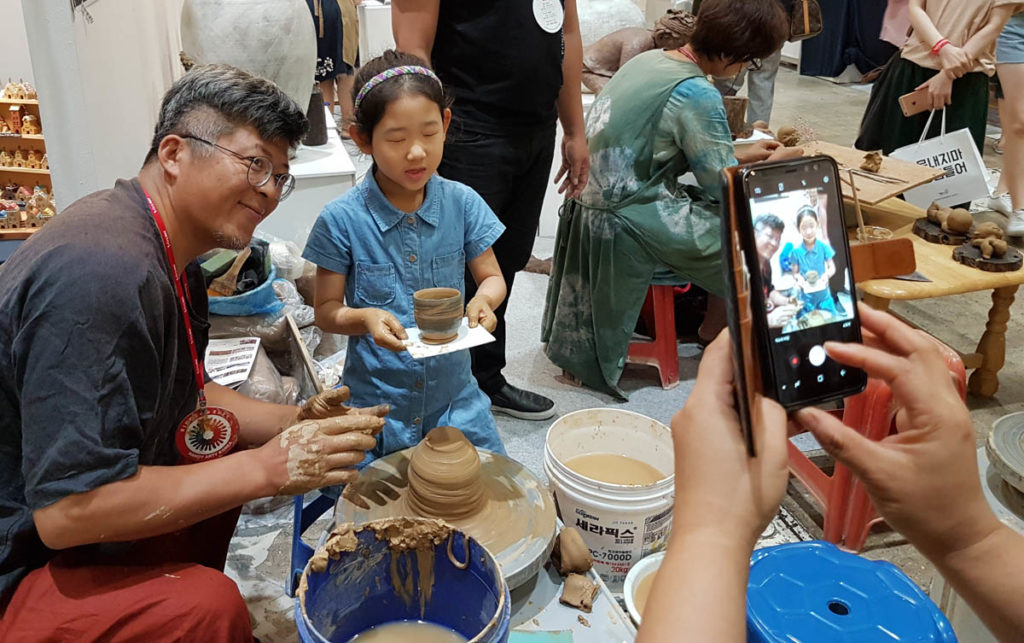 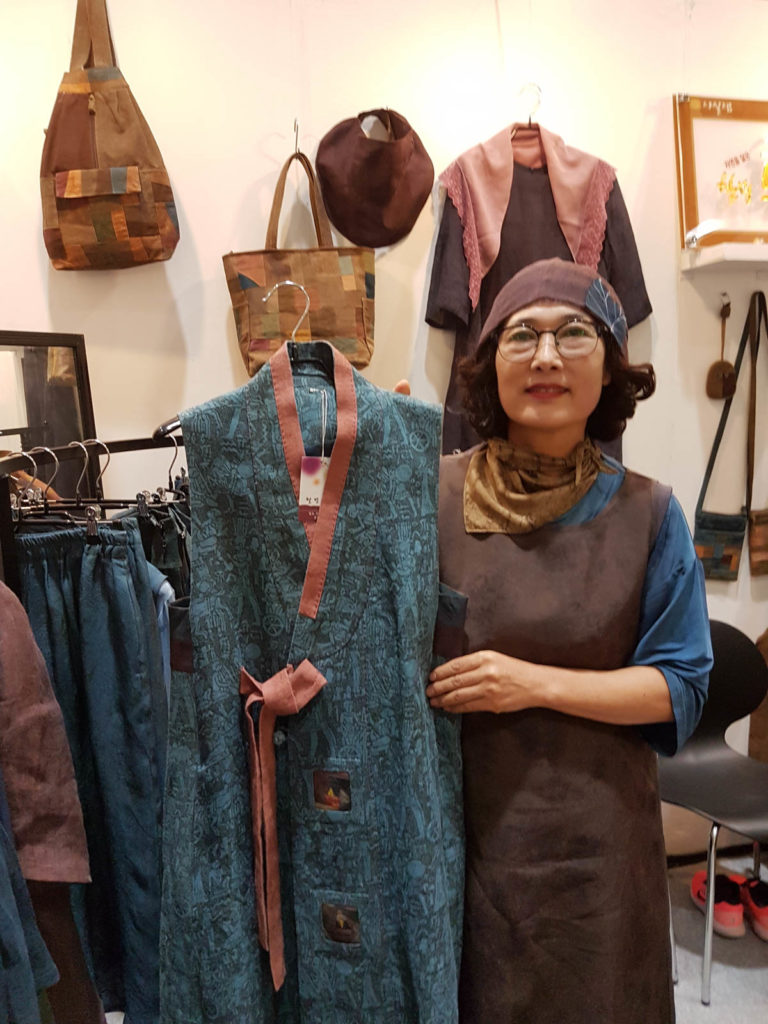 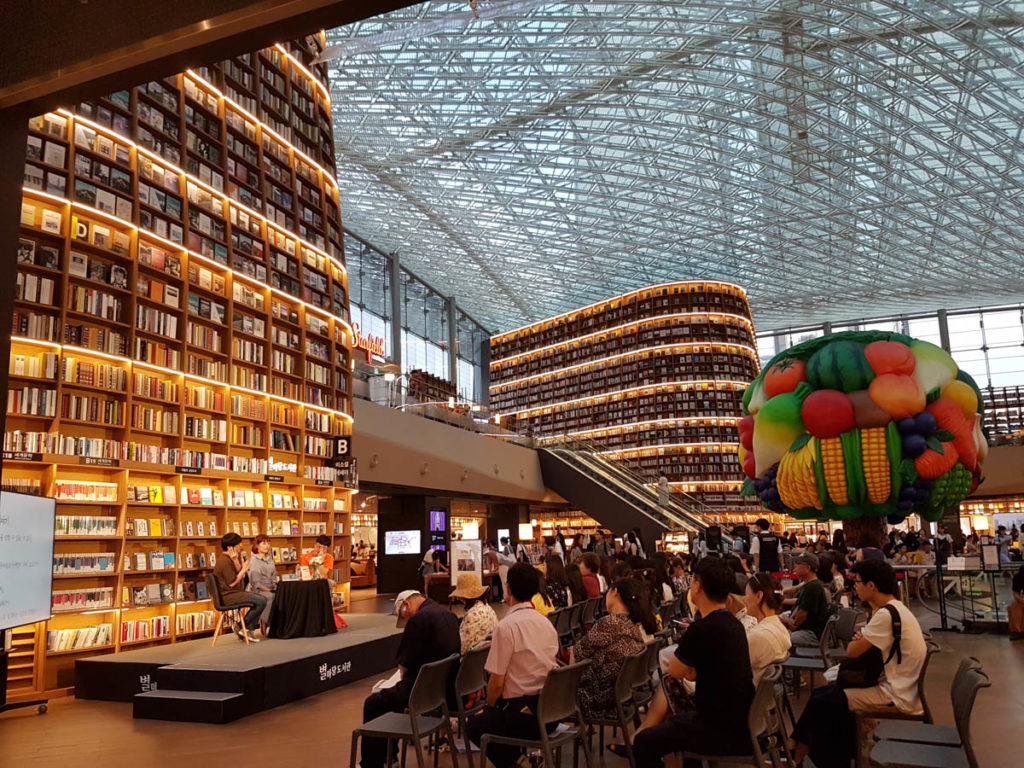 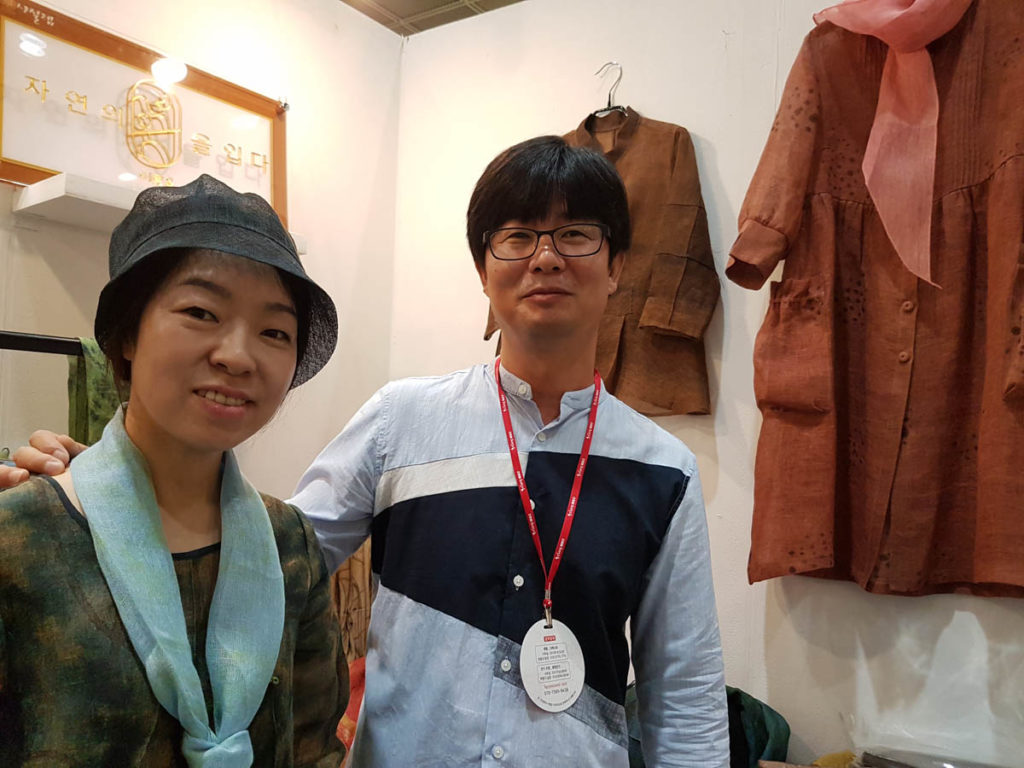 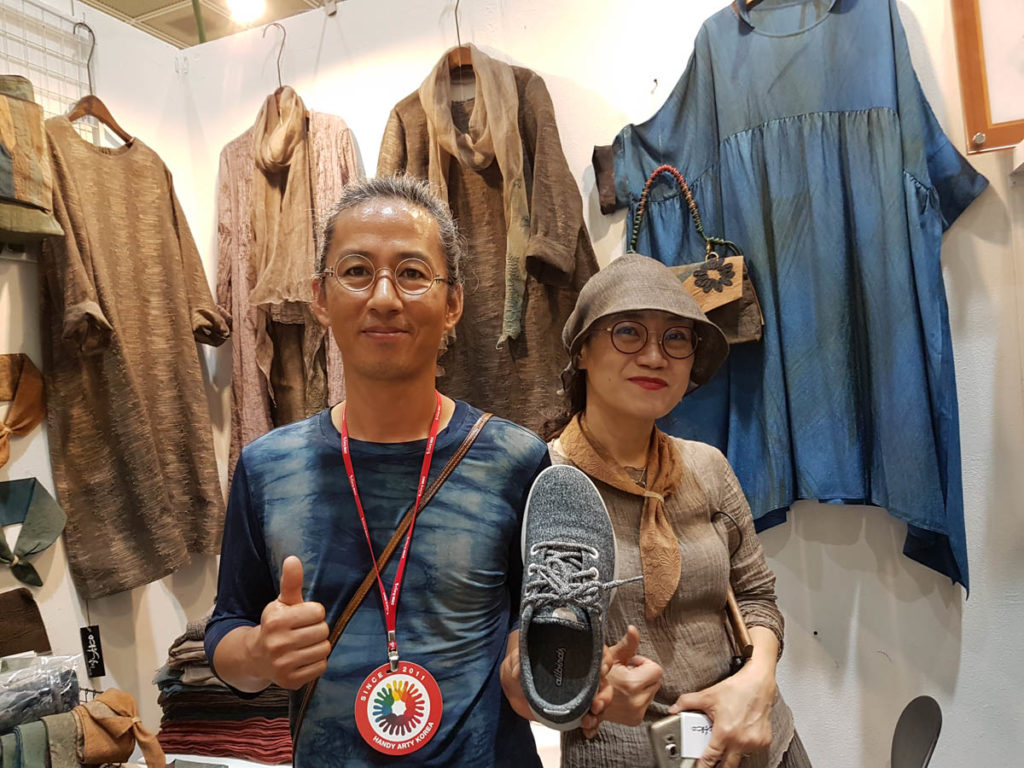 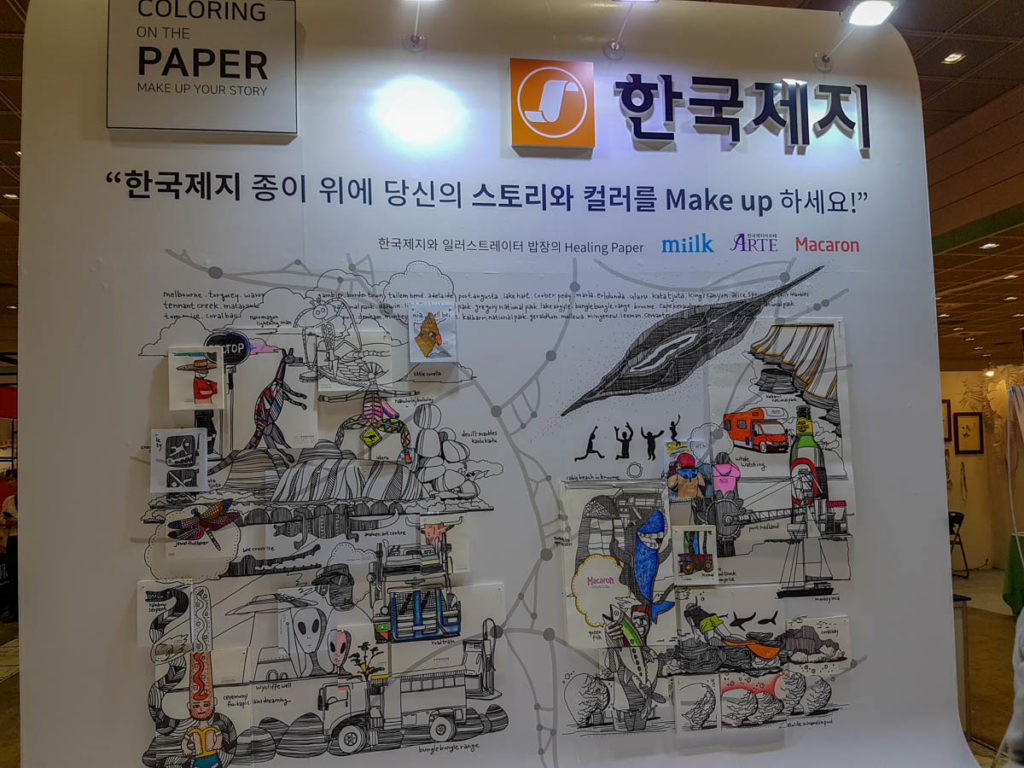 Healing paper with an Australian dreamscape 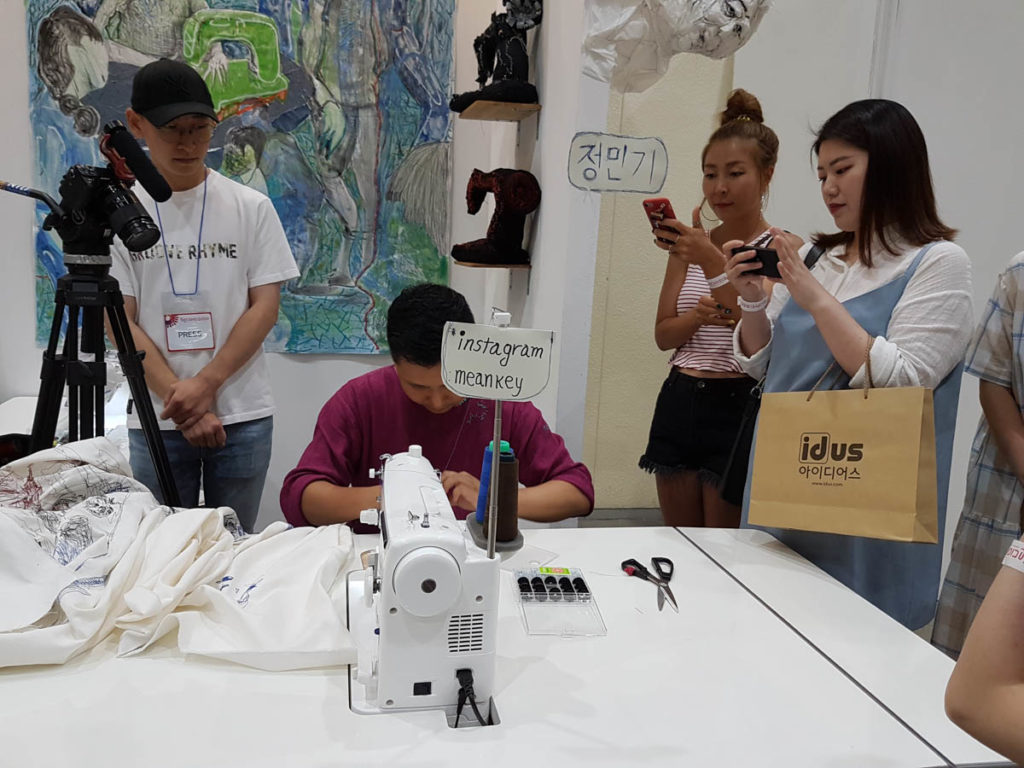 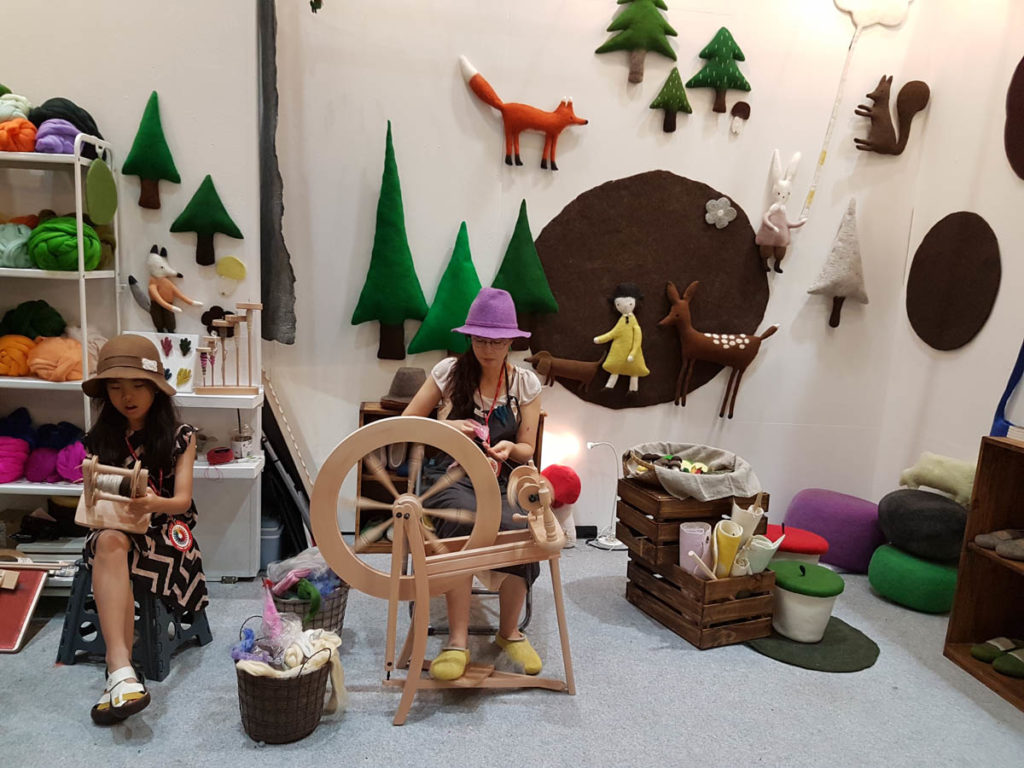 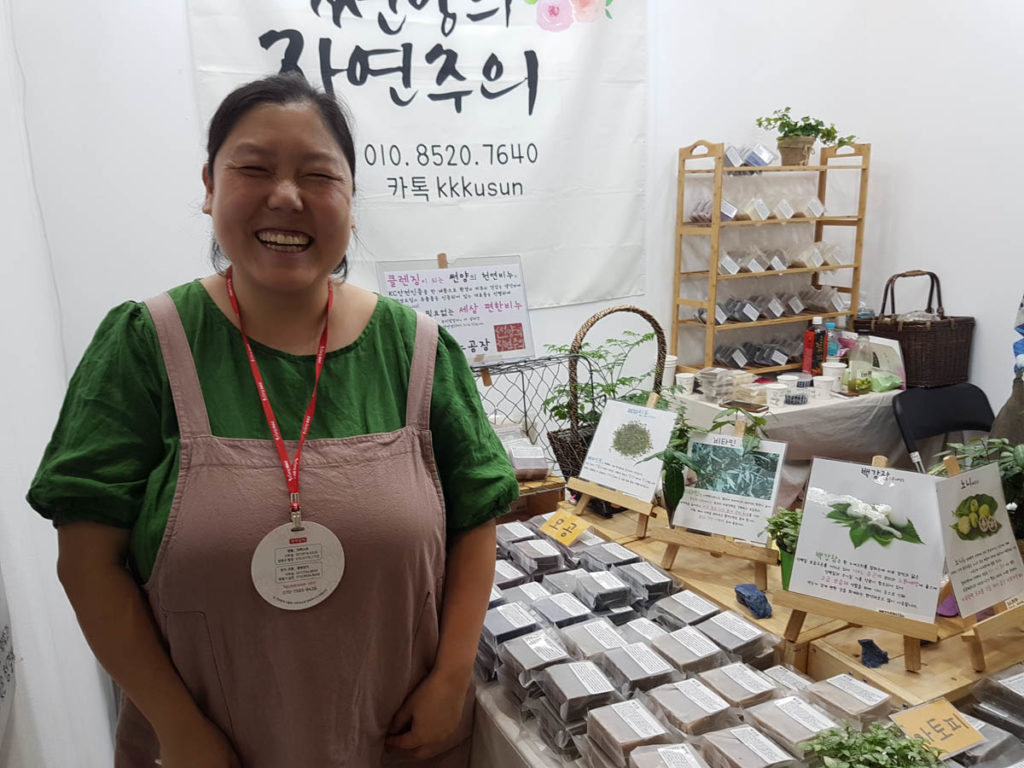 For a country with 0.7% of the world’s population, South Korea has a large influence on everyday life around the world. Many of us live with it ubiquitous brands, including Samsung, the world’s most popular smartphone, LG and Hyundai.  And now the exuberant k-pop is topping the US charts with BTS.

Handmade Korea is a craft fair that serves the growing demand to keep making things, even when robots have taken over the factories.

Handmade Korea is located in the COEX centre in downtown Gangnam. This year’s event coincided with an extraordinary heat wave. Temperatures topped 37 degrees and on the street, it was like walking through butter. Most pedestrians juggled their large smartphones with handheld battery-powered fans.

I arrived there via the air-conditioned Starfield (Byeolmadang) Centre, the world’s largest underground mall. In the middle is Starfield Library, an extraordinary monument to the book, consisting of 13m high shelves with 50,000 volumes, all for free public enjoyment. As a public service, it would seem excessive, but here it serves a testimony to the long-term benefit of Chaebol capitalism.

Handmade Korea covered a vast expanse of the exhibition hall. It included 820 booths featuring 650 exhibitors from 23 countries. Overall, this year’s event attracted 107,500 visitors. There was great activity around the booths and workshops providing craft supplies, especially sewing. I was curious to see a promotion of “Healing paper” for those who enjoy colouring—and interested to see that Sydney was the chosen subject for us to dream of. Textiles made with natural dyes were popular and of a high standard. The most successful booths seemed to have some kind of design element that creatively considered the needs of the user.

I was pleased to meet up with craftspersons from many other countries, such as Iran, Indonesia and India. But I fear that they hadn’t done sufficient marketing to frame their products for a foreign audience. This is particularly the case for Iran, even though they are innocent of the reasons for the latest US sanctions. As with Garland’s Persian Prospect, we all need to be reminded of the intense beauty that Iran contributes to the world. I hope next year that the foreign booths can be augmented by the story of their nation as well as the individual products.

Seoul’s Handmade Korea sits alongside CICB as an event to attract the world’s craft makers and admirers. The enduring beauty of K-craft may be just as important, in the longer run, as the latest fleeting k-pop sensation.

Korean ceramics in France, by Hyeyoung Cho
Why you can't find Garland on Instagram right now
The role of universities in the success of Korean craft
TikTok: A new platform for promoting crafts in China
Jin ah Jo ✿ A pipeline to Buddha 🇰🇷
Winners of the 9th Gyeonggi International Ceramic Biennale 2017
NOT 不 ✿ TV screen Buddha
Will your country be part of the world's biggest craft biennale?