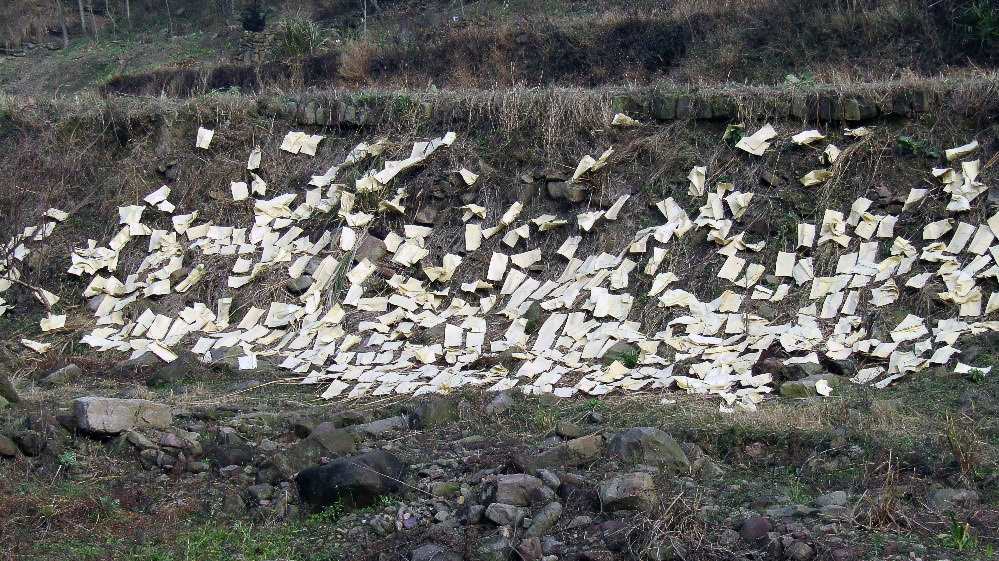 Bamboo paper production became prevalent during the late Tang Dynasty. It declined due to the introduction of western pulped-wood methods of paper production during the Qing Dynasty but was revived by the PRC to meet a shortfall in supplies cause by the Anti-Japanese War (c. 1931 – 1945). The photograph of bamboo paper being dried on the grass (bottom left) in Laopeng Village in Hunan and a close up of one of the pieces (bottom right) demonstrate the papers short and stiff fibres.