How to think Indonesian

Below are some of the keywords used in our Garland #8.

Banten jerimpen: An offering to reach the universe

“Balinese Hindu has one beautiful answer: nakmulaketo (“As it is”). This saying reflects the faith of Balinese Hindu in the existence of God as the Creator”

“The feeling of gratitude to God is manifest in the form of offering and one of its forms is banten.” 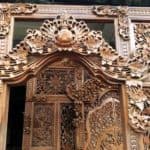 gebyong
“Alas, I don’t have time to muse more on this because my attention is drawn to a beautifully carved, wooden, double-door frame that I know in Java is called a gebyog”

Everything Happens to Everyone: the Rodney Glick story 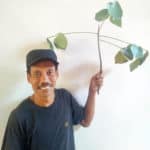 lawo butu
“In the 1990s, she had a series of dreams in which she was told to make a lawo butu beaded textile with an ancestral ship on a field of elephants”
adat
“In their motifs and designs, traditional textiles carry the knowledge, values, aspirations and meanings of intangible culture, and have been described as the “skin of adat””
megae
“It went on to public outings and group expression activities that we call megae, Balinese for “work””

Bridewealth of the Dayak Lundayeh 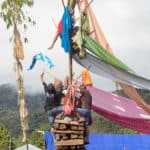 kayuh burung
“This kayuh burung was no ordinary wood pile. Split wood was layered to form a square around the tree. As this grew higher, smaller lengths of split wood were arranged to form a turret”

On history making and cooperation: Tom Nicholson’s “I was born in Indonesia”

Gotong royong
“To activate generosity is to build a form of cooperation that locally known as “gotong royong”.”
numpang
“Hazaras can be regarded as a group of people who are currently numpang in Cisarua. Numpang is a colloquial term in Indonesian to refer to a condition where the existence of someone or something depends on the existence of the others”