Linda Butcher ✿ Inside the tent in Egypt 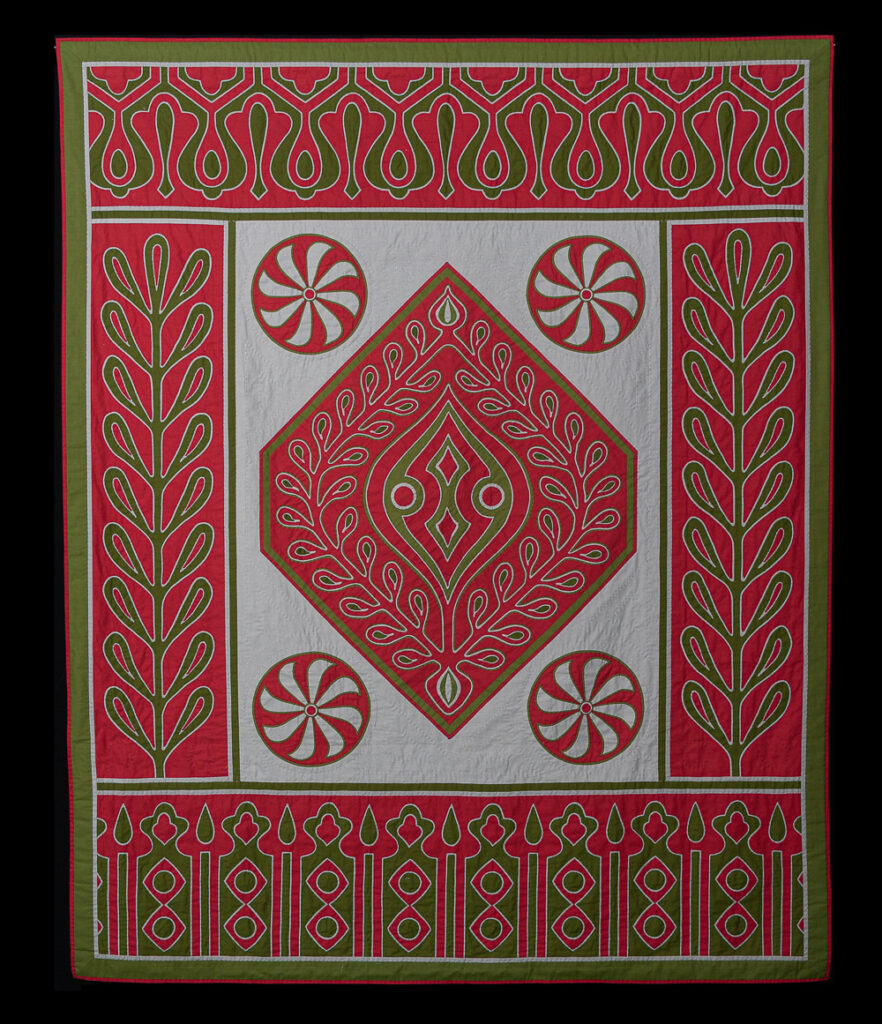 An Australian quiltmaker is inspired by Egyptian tentmakers to produce an award-winning coverlet.

A recent article in Journal of Modern Craft by Sam Bowker and Seif El Rashidi describes the situation for the tentmakers of Cairo:

“The tentmakers of Cairo have a history of resiliently adapting their craft to the demands of the world around them. For generations, operating from small workshops in the heart of the historic city of Cairo, they have responded to local and international demand, as well as speculatively developing new products based on their own vision and understanding of their market. Today, these craftsmen, working in the decorative technique of needle-turned cotton-on-canvas appliqué known as khayamiya (from the Arabic for “tent”) and utilizing social media and the Internet, have developed new understandings of their craft heritage through engagement with global craft networks and international forums. The tentmakers’ craft practice is linked to changing uses and production of khayamiya, the vulnerability of Egyptian tourism, and local perceptions regarding the value of khayamiya as a craft. Despite fears relating to the sustainability of the craft, the future of the tentmakers gives cause for optimism.”

They note how the work has inspired others:

“Linda Butcher is an Australian quiltmaker who encountered the tentmakers through a newspaper article in 2008. She has since visited Cairo, acquired a khayamiya created by the tentmaker Ashraf Hashem, and attended lectures on the history of this craft. In 2019, her quilt KhayaMola won a First Prize (Coverlet) award at the Sydney Quilt Show. This quilt combines elements of the late nineteenth-century Khedival era khayamiya panels owned by Henri Matisse, but rendered in a reverse appliqué technique (mola) associated with the indigenous Kuna people of Panama. The work thus creates an experimental synthesis of global craft techniques, reflecting on diverse practices of appliqué and their cultural defined histories.”

This is one of the works that caught Linda Butcher’s eye: