In lockdown, a Bulgarian recreates the past 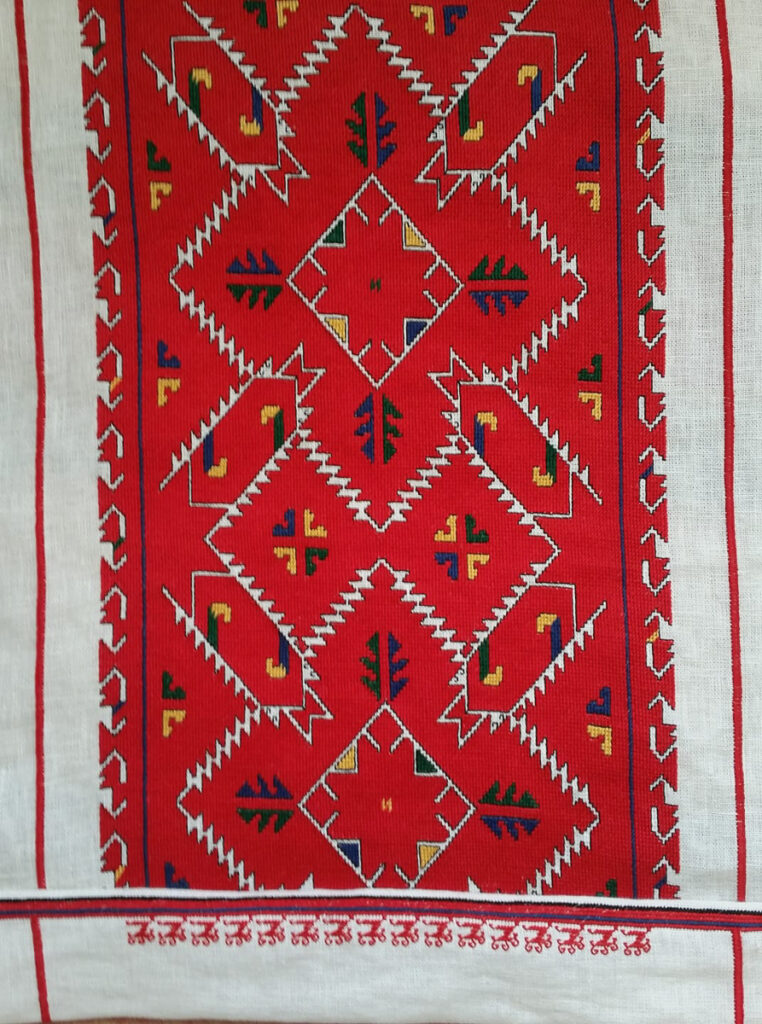 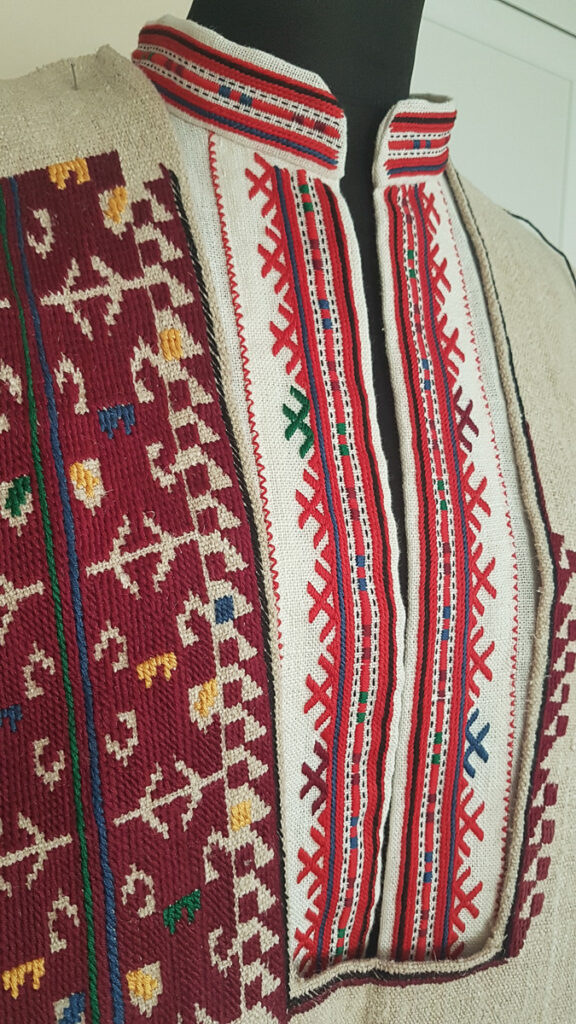 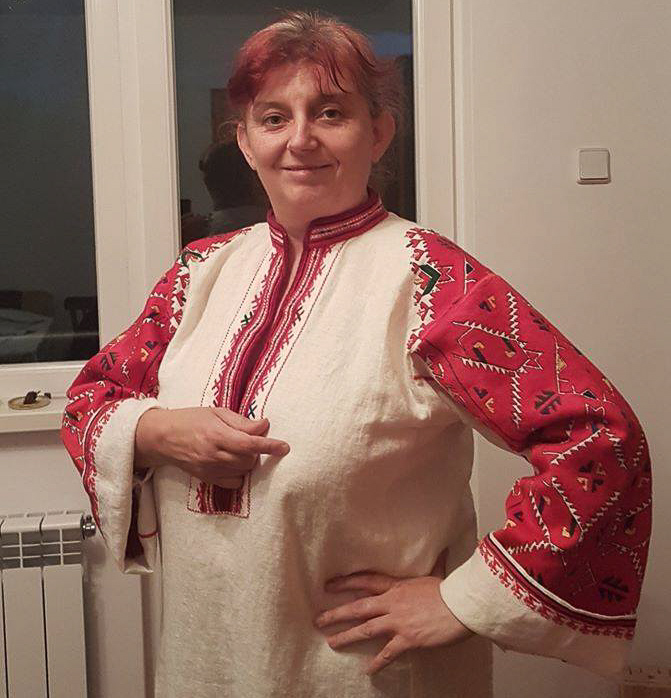 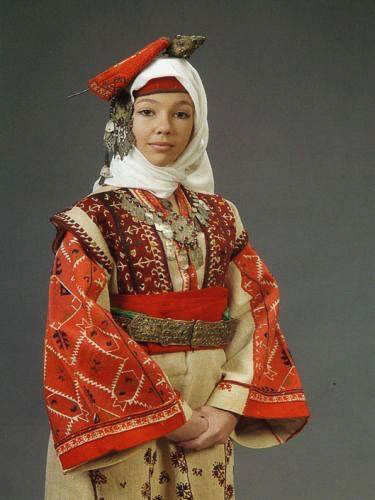 At last, Bulgaria! Ani Georgieva Yoveva makes use of lockdown to revive an eighteenth-century folk costume.

Bulgaria, as one of the few countries we haven’t yet covered in Garland, is long overdue attention. In researching this story, I was surprised to uncover the extent of the nation’s long heritage as an arts and cultural beacon of the Balkans. From the First Bulgarian Empire came the Cyrillic alphabet, still used to this day by around 250 million Eurasians. After five hundred years of Ottoman oppression, the liberation of Bulgaria in 1878 brought with it an equal revolution in the arts, marked by the emergence of masters of sculpture and the canvas. And from a century riven by conflict, both in the Balkans and the world at large, Bulgaria has yet emerged with its cultural heart and institutions intact, renowned for its museums, libraries, and on a smaller scale, thousands of chitalishtes or “reading rooms”, which double as cultural centres and are found in even the smallest villages. Now, a new threat and oppressive force threaten Bulgaria’s way of life: COVID-19. But, just as in the past, that millennia-long beating heart of Bulgarian culture shows no signs of slowing. Artists like Ani Georgieva Yoveva have used the rare break from hectic modern life to rediscover the magic of traditional Bulgarian crafts.

As a graphic designer who runs her own agency, Ani is acutely aware of the demands of the modern work landscape and its increasing reliance on the latest technological innovations. But even in the disruptive chaos of the pandemic, which has stalled many of society’s highest-level systems, she has been able to turn to her long-time hobby of traditional Bulgarian crafts. Within Ani’s wide repertoire are the practices of knitting, weaving, lace making, embroidery and, in particular, the technique of sewing the lace called kenne, which has been passed down from her grandmother.

Culture, by its very definition, is built on such intergenerational gifts of knowledge. Ani is determined to see that this eons-long transmission of masterly crafts should continue. She has worked on a number of cultural preservation projects, including a recent partnership with the History Museum in Dupnitsa, where she ran workshops teaching a hallmark of the region, the Dupnitsa stitch, while her most recent workshop was unfortunately suspended by the coronavirus pandemic. But with more free time on her hands, Ani has been able to finally sit down to battle a project so large she had been postponing it for years.

Nearly four years ago, Ani was approached by Dariya Mahalkova, a private collector, who reached out to her with the challenge of recreating a traditional folk costume worn in the town of Trun and Pernik in the eighteenth and nineteenth centuries. Daria, being from the small town of Trun herself, had searched the villages in vain for the authentic outfit. The only, and beyond daunting alternative, would be to recreate the costume from scratch.

The outfit consists of several garments. The top dress, known as manofil, is a type of summer female pinafore made from handwoven coarse linen, hemp or mixed cloth and cast in a light beige tone. It is richly embroidered with characteristically Bulgarian floral and geometric pattern work. Beneath the manofil, the underdress is worn, which is a long-sleeve chemise of cotton or linen fabric, woven slightly finer than the top garment’s tissue. Again, the chemise is delicately embroidered, especially in the sleeve areas.

Unfortunately, at least as far as Dariya’s search could uncover, this very old Trun costume survived only in museums. Later iterations of the outfit made after the turn of the twentieth century look considerably different from their early prototypes of the eighteenth and nineteenth centuries. The task of recreating the original costume, down to the authentic fabrics and tissues, was the kind of undertaking even an experienced artist like Ani could be excused for turning down. Yet she quickly dived into the project without hesitation.

First, she visited museum exhibitions of traditional folk costumes, taking pictures and mapping out embroidery schemes for all the intricate patterns. Incredibly, she managed to find the exact old fabrics used as far back as the eighteenth century, although a compromise had to be reached for the original woollen threads; cotton was used instead.

Planning, of course, is one thing. Next comes the painstaking production process. Swept up with life, the daunting project stayed at the back of her mind, too easy to postpone for more pressing commitments. But when quarantine came, excuses ran out. Ani sat down and dedicated herself to the project, gradually assembling the puzzle passed down, hand to hand, from her ancestors. Every piece of embroidery was to be meticulously replicated according to the ancient model, down to every stitch, curve, colour and location.

The fruits of Ani’s labour can be seen on her Facebook page. The chemise is finished, but she remains hard at work on the more intricate manofil. Still, her work so far has won her many new online followers, where she has tapped into a pool of potential future artists that could come to dwarf the reach of her physical workshops. Perhaps, and only under the guidance of experts like Ani, the next generation of cultural custodians will come to be nurtured online.

In a year blighted all too consistently by darkness and despair, thousands of stories like Ani’s offer a reminder of an enduring human flame. Like the tumultuous forces of Bulgaria’s past, perhaps in the aftermath of the virus too, we may be able to trace some two-sided power; that power which disables and enables, destroys and creates. May creators like Ani continue to outnumber the destroyers, and craft the world post-pandemic in their vision.