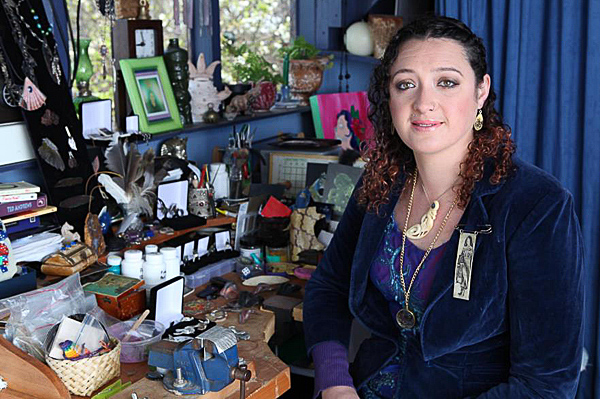 Keri-Mei Zagrobelna grew up surrounded by Māori taonga (treasured objects). She remembers the smell of bone from her grandfather’s garage where he used to carve ornament. Her mother worked at the shop of the national museum and supported the new generation of jewellery makers from the 1980s. They had a small shop at the James Smith Market to sell the grandfather’s carvings and other handmade products.

Keri-Mei is dedicated to passing on to the next generation, just as she learnt from people like Matthew McIntyre Wilson and Areta Wilkinson.  “I hope to be a positive role model for others within the contemporary toi Māori field.” Her aim is to pass on the whakapapa (genealogy) of her creative practice.

As she said in an interview:

I use jewellery as my language and speak through my hands. My eyes hear my thoughts and translate.

Keri-Mei Zagrobelna is a Wellington-born artist and art tutor that still currently resides in her hometown working from her studio on a daily basis. She graduated from Whitireia Polytech New Zealand in 2012 where she gained a BaPPa in Applied Art and Design specializing in contemporary jewellery. She was a mentee in the Whakakai program under Rangi Kipa and lead by toi Maori. Her last two years of study were made possible by receiving a scholarship from The New Zealand Federation of Graduate Women. Keri-Mei was the recipient of the QUOIL mentorship and Award program upon graduation 2013 which offered her support to continue her studies within the contemporary jewellery field and was interviewed by Art Jewellery Forum.

In 2015 she travelled to Slovakia to represent New Zealand in the World Art Games and continued on afterwards to exhibit and speak in Prague and in Hungary at the Eastern Europe University on her practice. She was selected by Creative New Zealand to represent New Zealand in the Aotearoa Delegation that travelled to Guam for the Pacific Arts Festival 2016. Keri-Mei was currently a part of the Handshake#4 Mentor and Mentee project and mentored by Jasmine Matzakow (Germany) and in 2018 mentored by New Zealand artist Lisa Reihana.  She spoke at JEWELspeak in 2017 and also Radiant Pavilion 2019. 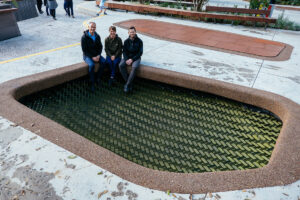 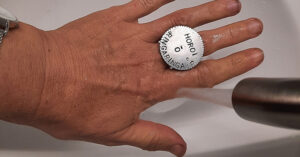 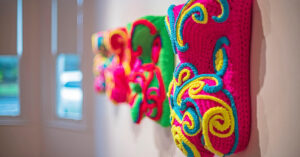 Lissy Cole ✿ The many faces of Te Ao Māori 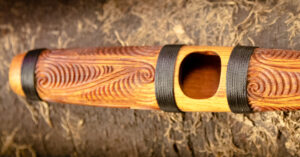 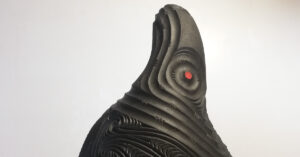 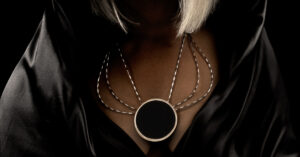 Whakahoki: Returning to the lunar cycle in Māori culture 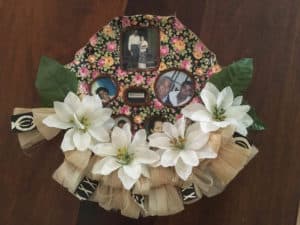 Where I came from 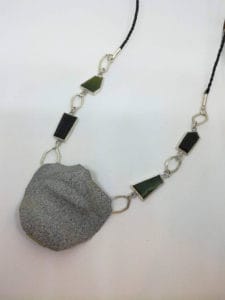