We are all leaves on the tree: Ketemu in Bali 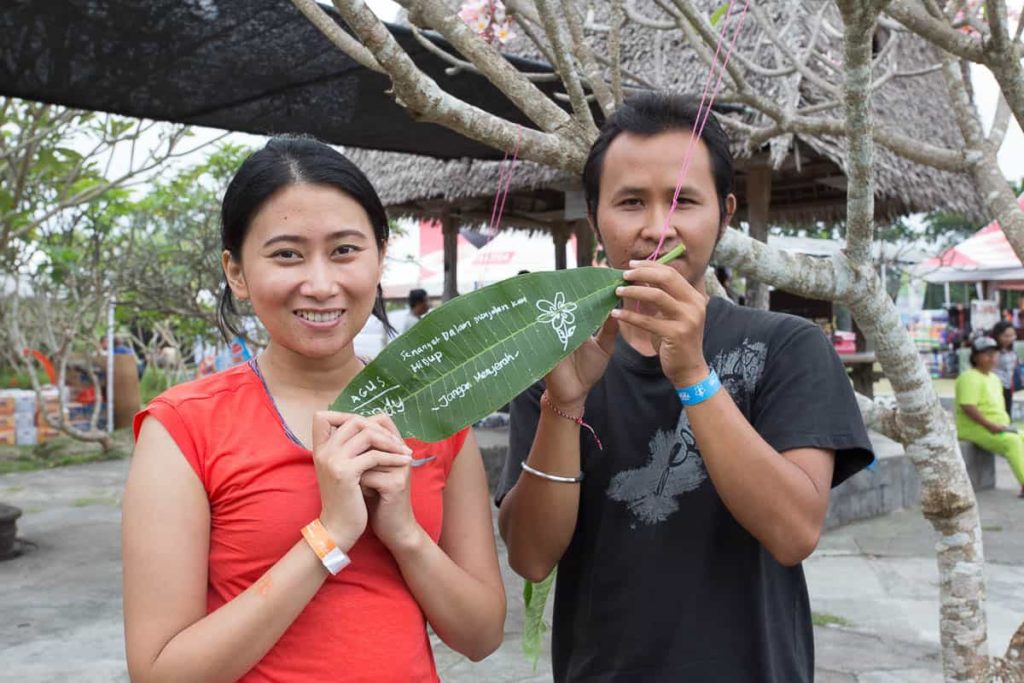 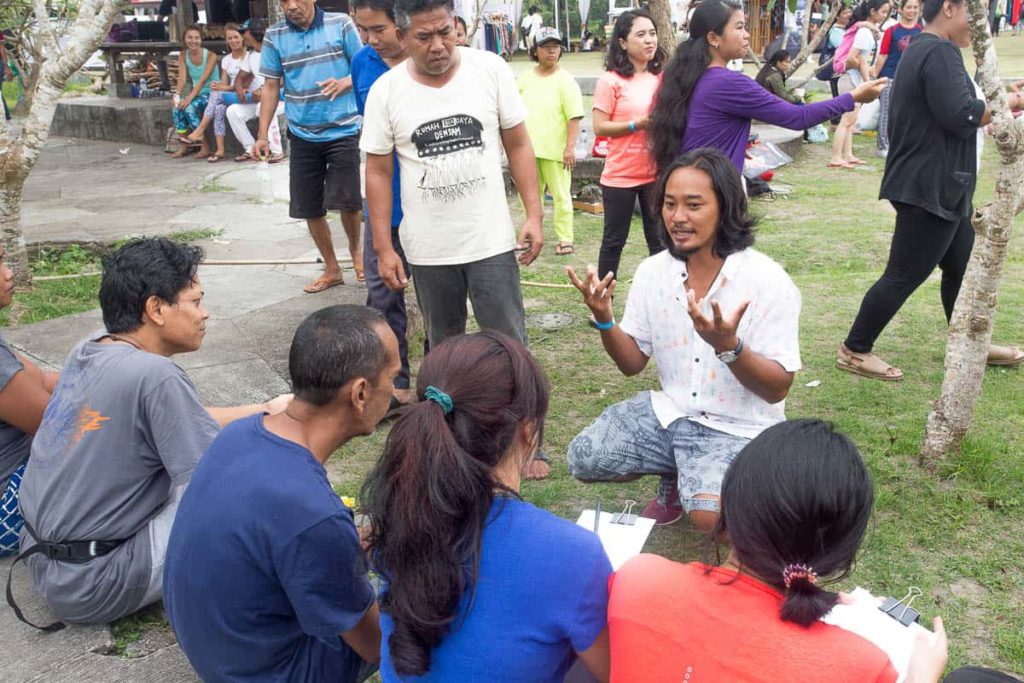 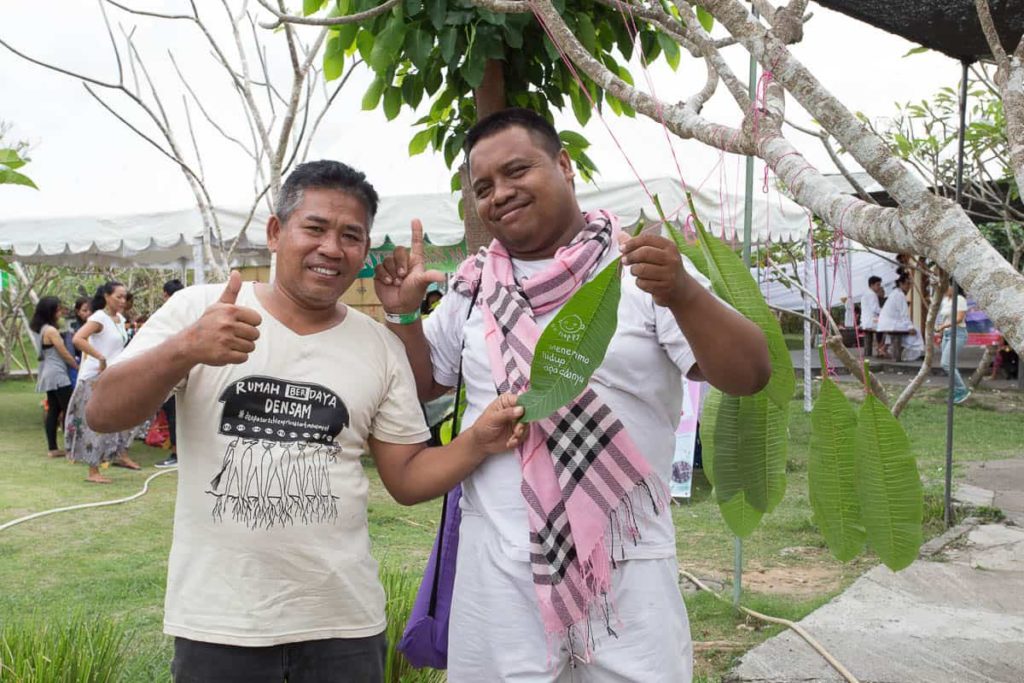 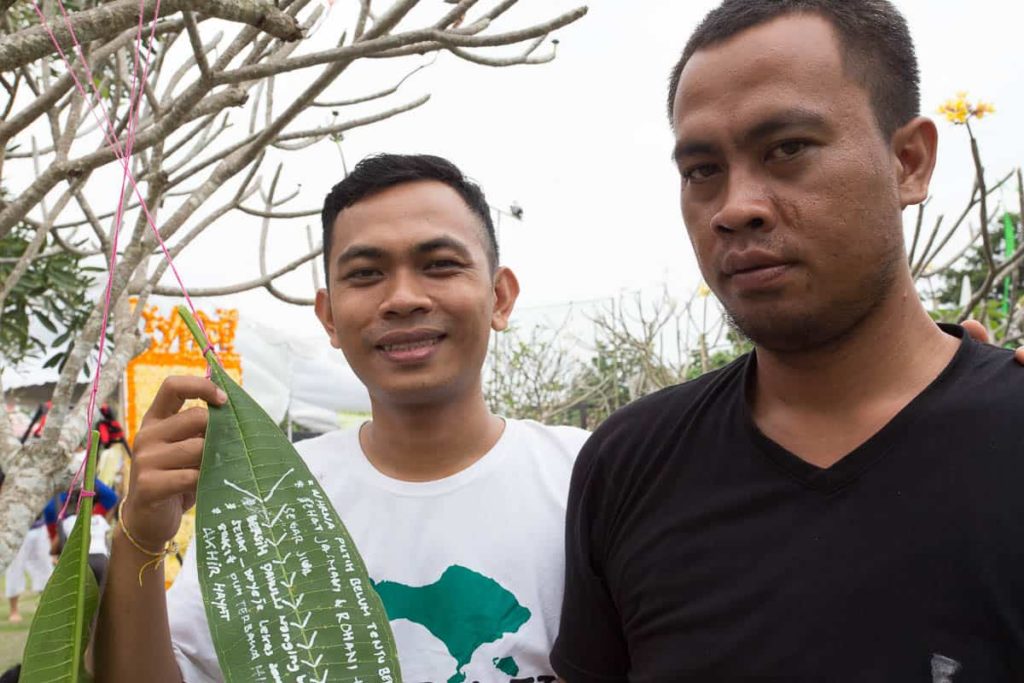 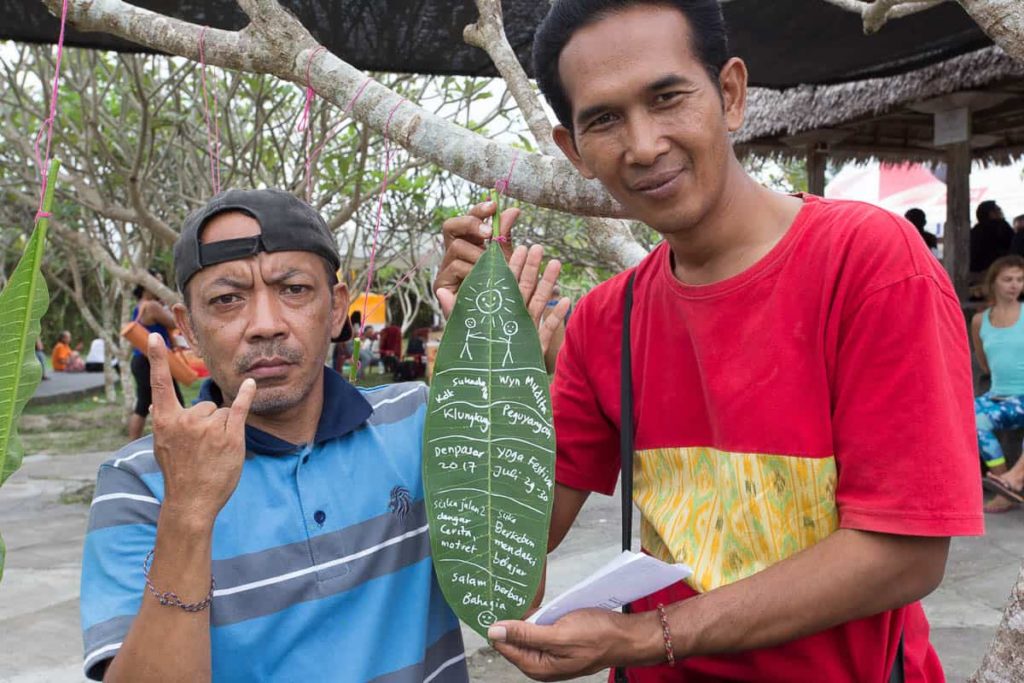 Bali can be a challenging place for artists to work. The gallery system is not as extensive of Yogyakarta or Jakarta. In response, an artist couple established a socialised platform, Ketemu Project which is an organization for socially engaged practices in art in Denpasar, which is a space for conversation and working together. Their organisation, Ketemu (“to meet”), reflects a social, and perhaps particularly Balinese, approach to art. We interviewed the founders of Ketemu about their Schizofriends Art Movement project.

✿ Can you say how Ketemu came about?

Samantha: The first idea of Ketemu came about when Kabul and I met in Yogyakarta. At that time, we had both felt dissatisfied with the way art was being consumed in the global market. We wanted to make a more concrete contribution to society through our art and producing objects for the market had a lot of limitations. That was how we both started our foray into socially engaged ways of creating and disseminating art. Ketemu first existed as a way of working but when we moved to Bali in 2014, it was realized as a project-space where people could congregate to discuss social issues from creative perspectives and where more participatory methods of creating art can be explored.

Kabul: After our experience with our first project Malam di Jari Kita / The Wax on Our Fingers, we had realized that a community-based art practice has made our explorations in art more alive, compared to a studio-based one. It has become for us an important access point to social realities. And it allows for us to build multiple perspectives beyond our own, which is also one of the ambitions of art. Ketemu has significantly shaped our practice towards a multi-disciplinary and process-based approach.

K: It all began when I had a need to seek psychiatric treatment for a psychosomatic disorder. I was visiting a psychiatric clinic in a hospital in Denpasar. There I had met psychiatrist Dr Rai and I was talking to him about my community art practice. In the discussion, he shared about how he would gather his patients once a week in sessions where they will share stories about their condition with one another. At that point in time, there was a program initiated by an NGO, Search for Common Ground, to explore with artists in Bali the role of art for social change. For that program, Dr Rai and I had decided to work together. I accompanied him along home visits to meet his patients. Through the interactions at the home visits, I had noticed that many with the condition have a huge potential for artistic creation. People always describe creativity as the ability “to think out of the box”. When I observe someone living with schizophrenia, it seems that the “box” isn’t even there. That was when the idea of Schizofriends Art Movement came about.

It started with the weekly gatherings taking place at my studio instead, but this time with an artistic twist. It went on to public outings and group expression activities that we call megae, Balinese for “work”. The whole idea of these activities was for the people living with schizophrenia to emerge from being socially isolated to making friends, and from being passive to having the motivation to live independently. Having the space and opportunity for expression is very important for people living with mental illness.

In time, Dr Rai and I managed to get the involvement of the family members and also the local government. They are key stakeholders in establishing the immediate social environment of our friends living with schizophrenia. The environment plays a huge role in their rehabilitation.

We have also initiated a social enterprise that allows the members of this community to be active again. Employment is a huge challenge for people diagnosed with mental illness because of the stigma. For the many who cannot find jobs, the activities of the social enterprise help them to attain a level of financial independence.

S: Kabul has been working on this “movement” for the last one and half year and I had joined him in the last few months. Currently, we are in the midst of taking the Schizofriends Art Movement to the next stage, whereby we will be co-creating artworks with our friends living with schizophrenia and their family members. Alongside will also be a series of artistic intervention in public spaces to open up conversations on the stigma and misinformation in regards to mental illness.

In the recent developments, we have noticed a conscious shift in the global perspective towards mental health—that mental health is equally important as physical health, because they both are intrinsically linked. As artists, we are aware of the thin threshold of mental stability and being creative. Many times, we have experienced being on the edge in order to create. Getting involved in working together with Kabul helps me to understand that experience from a different perspective.

✿ What the art techniques that have you found suitable for these megae?

S: I think it is important to establish a couple of grounds first. For our Group Art Expression activities (MeGAE – “me” indicating a verb in the Balinese language, megae also meaning “work” in Balinese). Our friends with schizophrenia who participate in these activities have already been diagnosed by a psychiatrist with the illness. They have been taking psychiatric medication for some time and their condition has already stabilised. For most of our participants, they have been isolated for a long time. They have been closed-off to the world outside their homes and to people outside of their immediate family. So the initial megae sessions begun as a very simple step for them to socialize and to make new friends.

K: We started off with a simple personal expression activity—through drawing and through music. I will prompt the participants with some questions about themselves. At times, they will prompt each other. After a while, I start to identify the potential of each individual and further develop the workshops and interventions based on that. I find that working with what they’re familiar with helps them to express themselves better. Different members of the group progress differently. While we start to see a few of our friends becoming active and productive again, sometimes getting a response would be a big step for others. Having these art activities also encourages their families to let them go out from the house and develop a social life. Forming the community is an important step, because in the many years that have been detached from the society (some even chained for years and locked away), coming together gives them a voice. During the process of re-adjustment, a lot of encouragement and appreciation is needed for a positive response.

S: The techniques are more open this time and not based on a particular medium, because the way each member express themselves is different. But I would regard what we are doing as a kind of intervention. A positive disruption to the regular way of life for a person living with schizophrenia and to the society here. Currently, we are conducting interventions in public spaces with our friends. Our usual megae sessions are taking place in a public space. Participants from the public are encouraged to join and co-create an artwork with our community friends. We came to this idea because we want to deal directly with the stigma faced by people living with schizophrenia from the public. Intervention as an art form is not as widely recognised as the production of the more tangible visual art objects. But we are determined to find unique ways of disseminating the experiences and even developing a tangible outcome from it.

✿ Will the artworks that result from this become an exhibition as well as a community project?

S: I would say, considering the interventions as our approach, we are already in the community project. This will come together with the social enterprise that we are developing, to reach the goal of establishing ways for our friends to be financially sufficient.

K: We have exhibited their works in small community exhibitions. The first one was during the National Family Day of Indonesia, when we had a program that gathers their family with members of the public. We had a small showcase at the new psycho-social rehabilitation centre in Denpasar. We had also created a series of family photographs for each of the community members with their families for the occasion. These family photographs is a starting point for an artwork that we will be developing with them and their families in their homes. The main goal of the Schizofriend Art Movement is to slowly change the way we look at people with mental conditions. It is not so much of a disability but rather a “diffability”—a word coined from combining “different abilities”. They are just different and their abilities should no longer be about limitations. 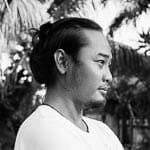 Kabul is a Balinese visual artist, born in 1982. He co-founded Ketemu Project with Samantha Tio to create art projects in conversation with civic life. With psychiatrist Dr Gst Rai, they initiated the Schizofriends Art Movement to support people living with schizophrenia. 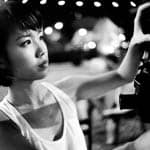 Samantha Tio (Mintio) is a visual artist with foundations in lens-based media. She co-founded Ketemu Project with Kabul and has been active developing art experiences in education. Tio is based between Bali and Singapore.

The images are from an event at Denpasar Yoga Festival when members of the public were paired with a “schizofriend” and invited to draw or write most memorable though during the exchange on a leaf. Participants then hung the leaf back onto the tree. The tree was not just a community art installation, but also an action that advocates anti-stigma towards schizophrenia.