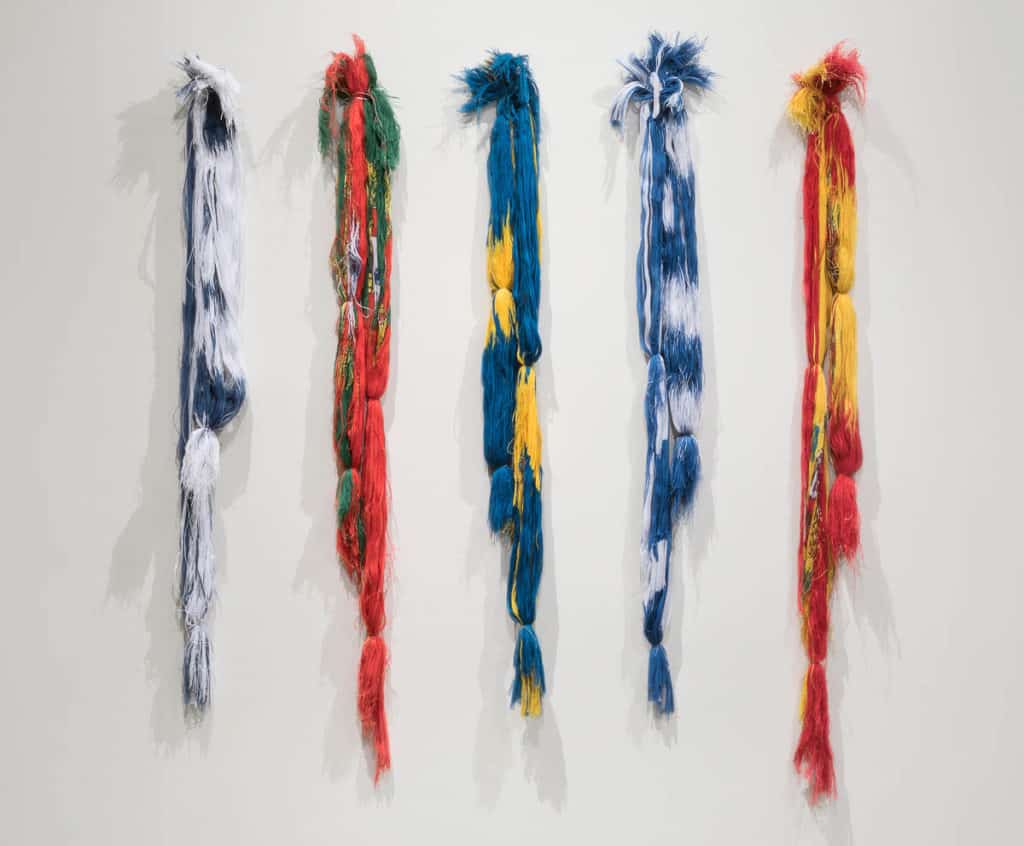 I like to think of my work as like dismantling a fine watch and then putting it back together again.

It might have once read Rolex or Casio on the dial but the object has been slightly altered in my hands. What has been added is a conceptual footnote through which we can understand and familiarize ourselves with what is before us slightly better and therewith the world around us. At its essence, I hope to pinpoint ways we as a global community might be able to understand each other better by speaking a more universal language, one that taps into nature, humanity and a broad interest in what we see and feel around us.

For the project Flags I reduced the official flags of several countries to loose threads. This yarn is given to an experienced weaver from the concerned country. The weaver then takes this material to produce a new canvas, according to her private, personal method. This not only results in all kinds of possible sizes and shapes, but it is also a celebration of the private visual language, the identity of the weaver. An object that symbolizes a nation and a country, then becomes a platform for an individual, her visual language and craft.

At this moment the flags of Holland, India, Germany, Belgium, Australia, Hungary and Colombia are reduced and rewoven. My desire is to transform all the flags of all countries. Physically this may seem a major command, but the crux lies especially in the questions it raises: what is a country, what are borders, who has the authority to determine if something is a country or not, what do you do with countries that are emerging or disintegrating and what is the value of nationalism – and its universality claim?

Flags was shown at 601Artspace, New York, in an exhibition called Holes in Maps curated by Juliana Steiner. This exhibition explores themes of globalisation, mobility and borders by examining ways in which personal narrative, social critique, trade, nationalism, identity and citizenship intersect. Like Riding’s poem, the artworks in this show challenge maps’ certainty and stability, exploring the immense gulf between lines on paper and lived experience – between symbols and their referents. Maps may reveal political and geographical realities, but what do they conceal? Below is a selection of works from three artists. 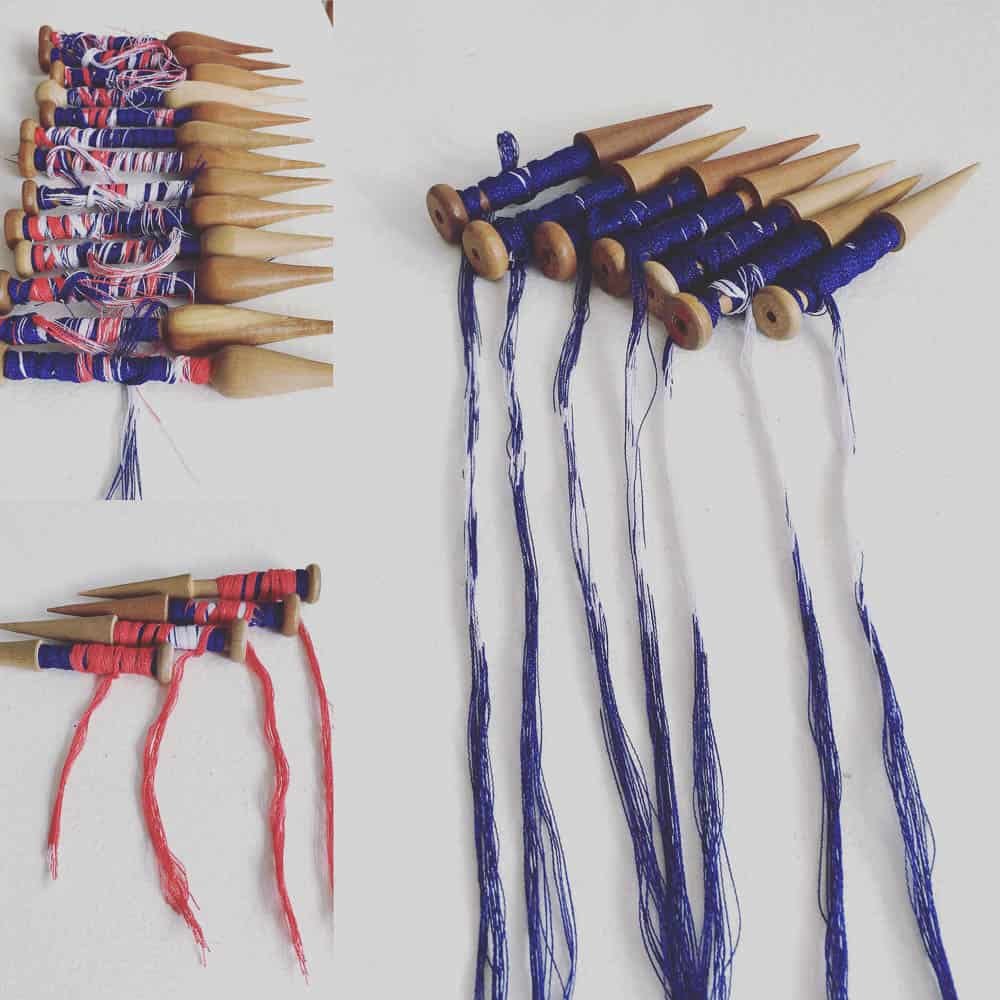 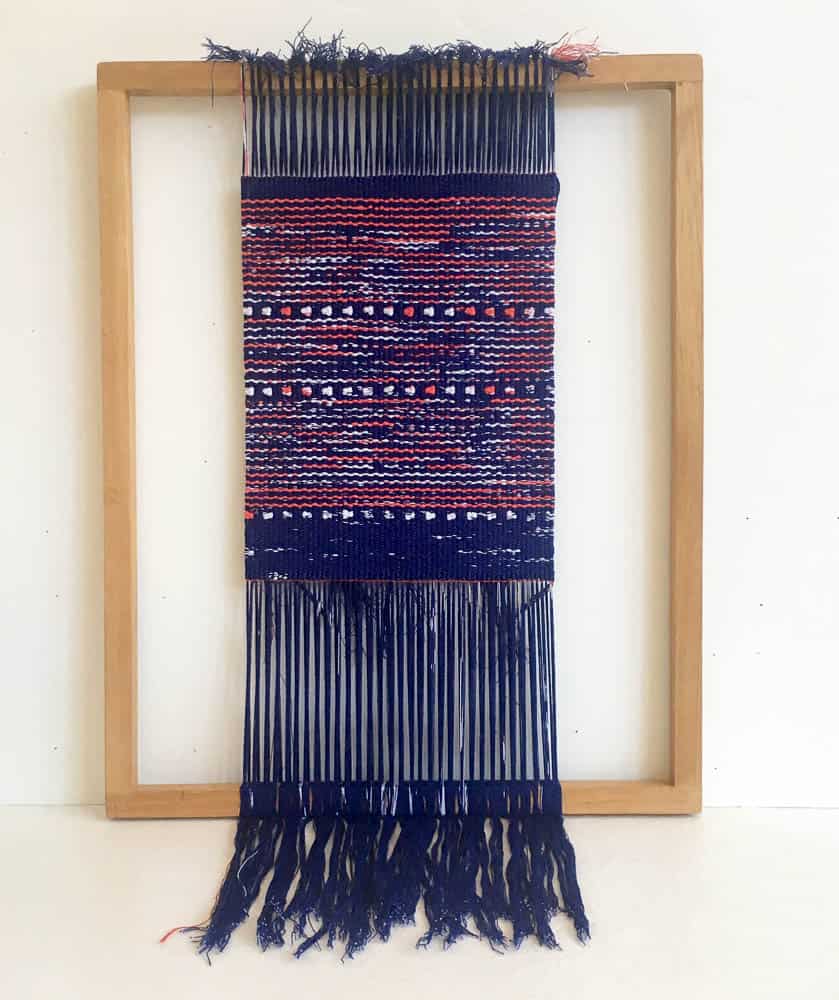 Sara Lindsay was born in Oxford, UK and migrated to Australia with her family when she was 15 years old. She is a British Citizen. In 1991 she moved from Melbourne to Tasmania at the age of 40, the same age as her mother when she moved to Australia. Although the Melbourne to Hobart journey was not as dramatic as the one from Oxford to regional Victoria, it was enough to prompt an investigation into the migrant condition and questions of allegiance. Large hand-woven tapestries had titles such as Perfect Cities, Throw Away Your Dahlias – Assimilation, Patterns of Survival and Allegiance? It was, therefore, a natural development to respond to Sanne Vaassen’s request to reweave the Australian flag. Using the combination of Gobelin style tapestry weaving, married with aspects of Japanese kasuri weaving that she had studied in Kyoto in 1981, she employed the technique she is well known for to create an impromptu “drawing” on the loom, using all the threads of the deconstructed flag. The five circular motifs at the top of the work were made from the leftover warp threads, coincidentally representing the five stars of the Southern Cross. Sara believes that Australia should become a Republic, so the burying of the Union Jack that appears within the Australian Flag carries a “potent” message, whilst acknowledging her personal history. 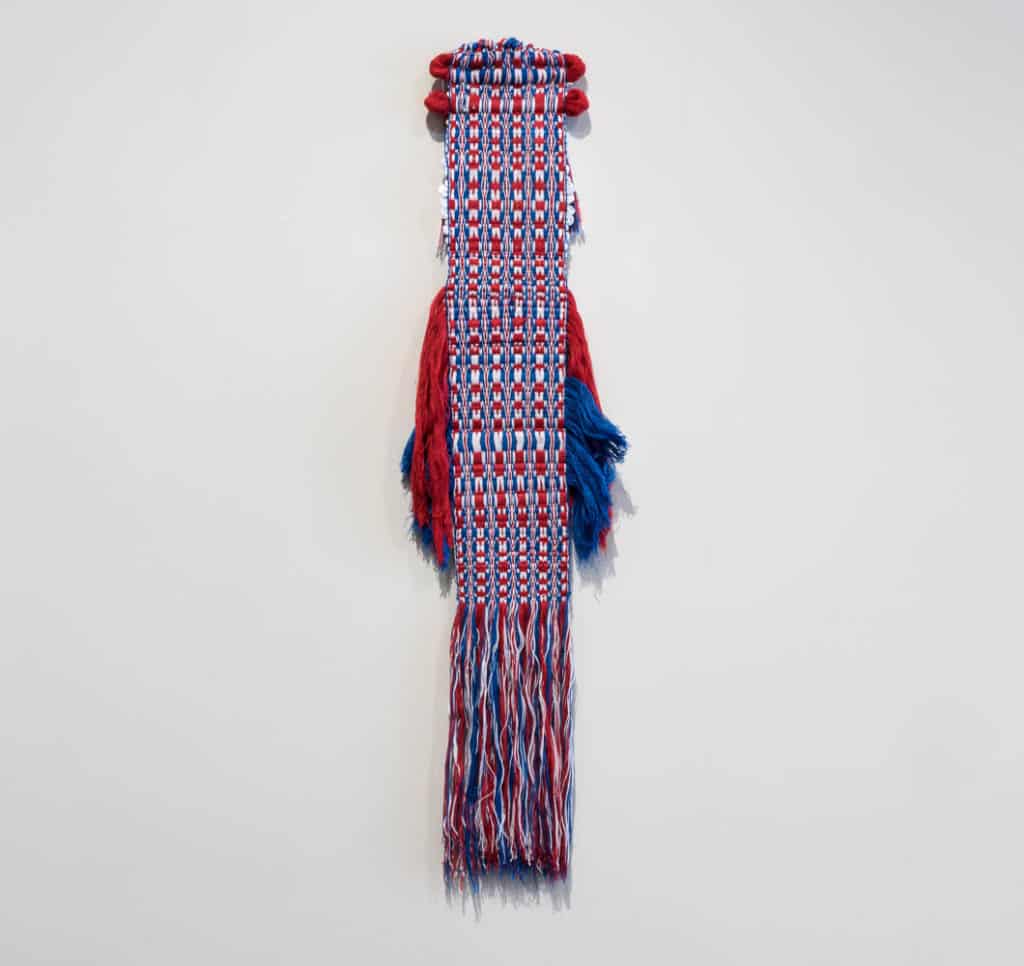 Jipke Lezwijn is an experimental textile designer, whose work explores the grey area between design and science. Her technical and mathematical approach of knitting, combined with an artistic hunger for innovation, drives her from one experiment to another. Armed with an ever growing pile of mock-ups and lists, she hunts down new paths for her
research.

For the flags project, she returned to an old love: tablet weaving. Combining this traditional textile manufacturing technique with other ingredients of historic crafts, Jipke used an explorative approach trying to stretch possibilities to their limits. 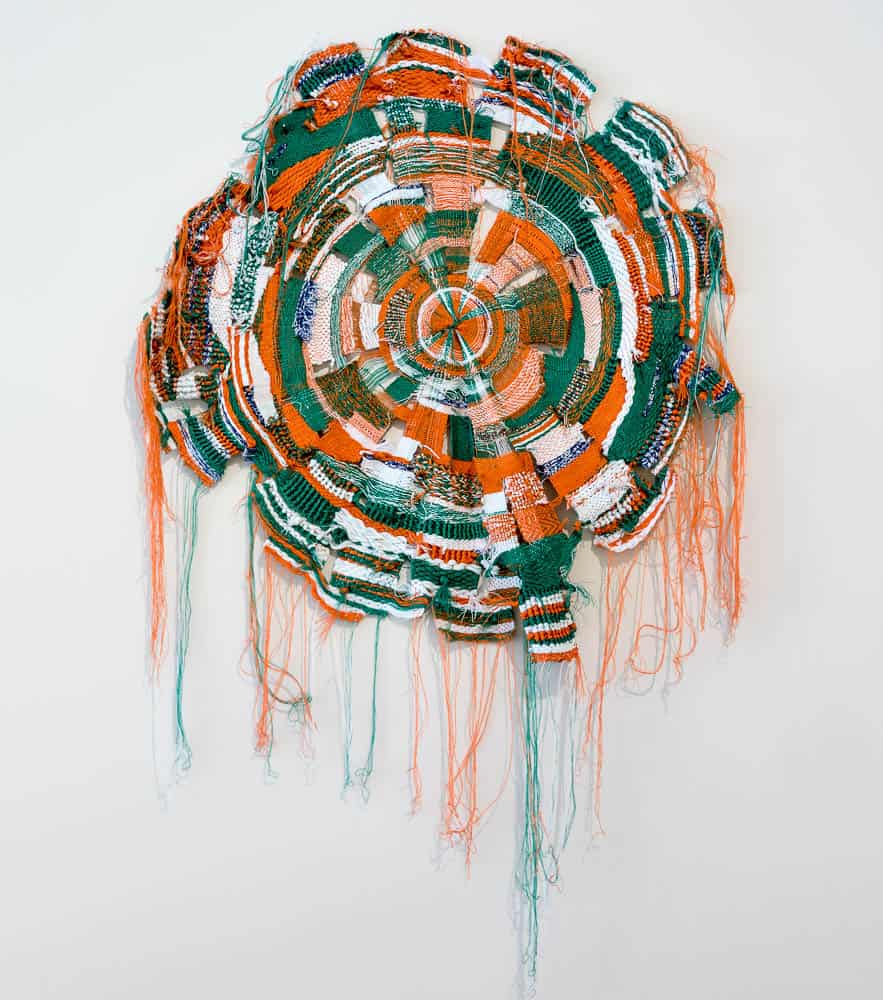 Naushad Ali is a designer with minimalist inclinations. He believes in revisiting designs to adapt more than to add. He fosters a deep love of Indian traditions and crafts, creating designs that bring together modern cuts and heritage fabrics. He challenges himself with new designs and techniques through every collection, reliving the history of a culture by reviving its traditional fabrics and sustaining its practitioners. Naushad lives and works in a small coastal town, Pondicherry in South of India and practices fashion and textile since 2008 in collaboration with various artisans across the country.

In a changing new world, we have people from all over moving around, living and working together. They are sometimes accepted and sometimes not. But India as a country has such a mixed culture, language, practices, lands, people and their beliefs. It has always been this way and there is a sense of togetherness beyond all the differences. There is beauty and harmony in the chaos. The artwork is woven to depict the same. There are almost 20 different kinds of weaves done in a circular fashion with the given amount of yarns from the flag. I imagined the Dharamchakra (the wheel in the middle of the flag) always spinning in the progressive forward way and uniting us beyond all the differences. 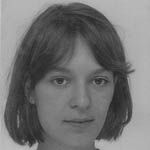 Sanne Vaassen (Maastricht, NL, 1991) graduated in 2013 from her bachelor Fine Arts at Maastricht Academy Fine Arts & Design and was a resident at the Jan van Eyck Academy in 2014/2015. Since she has contributed to exhibitions at a.o. Bonnefantenmuseum, Maastricht, Van Abbe Museum, Eindhoven, Marres, De Pont, Tilburg, Grey Noise, Dubai and 601Artspace in New York. She was nominated for the Sybren Hellinga prize in 2016 and was the winner of the Parkstad Limburg Prize in the same year.

Intuitive Thread: The Beauty of Process in Japanese Textiles
[Re:]Entanglements in Nigeria
Slow made tradition in Oaxaca
Batik journeys between the three worlds: Here, there and everywhere
Crafting the city: The re-emergence of handmade Sydney
Quarterly essay - Reclaiming the Lost Embroidered Garden
The Kam blues: Indigo-dyed textiles of the Kam/Dong minority in China
Of Time and the City 🎧