Material culture in Arabia: Bedouin women and the art of sadu weaving 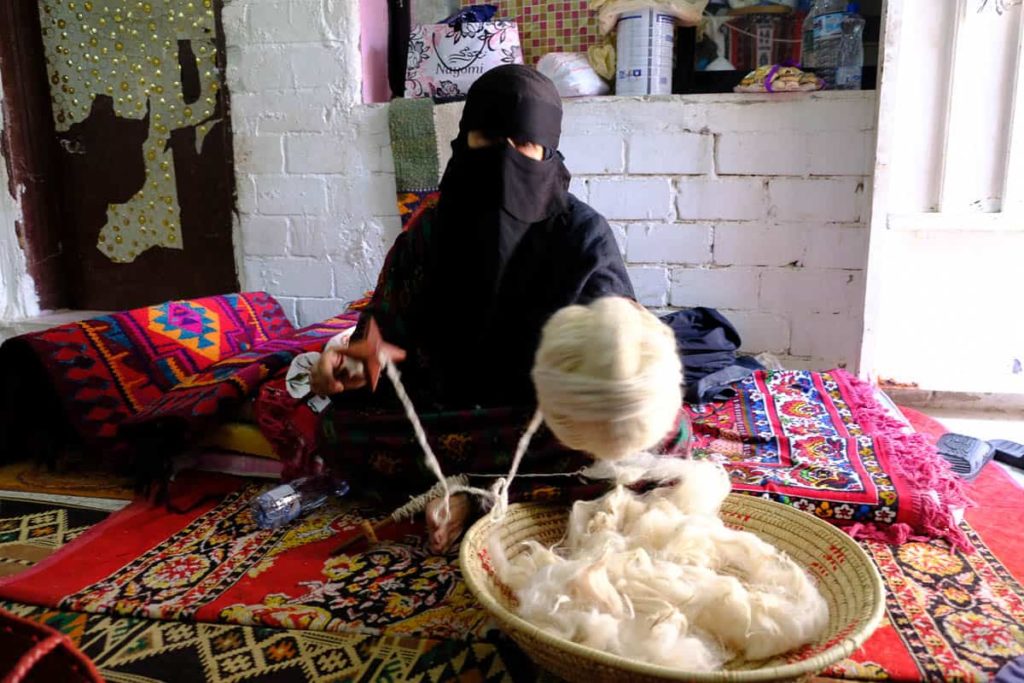 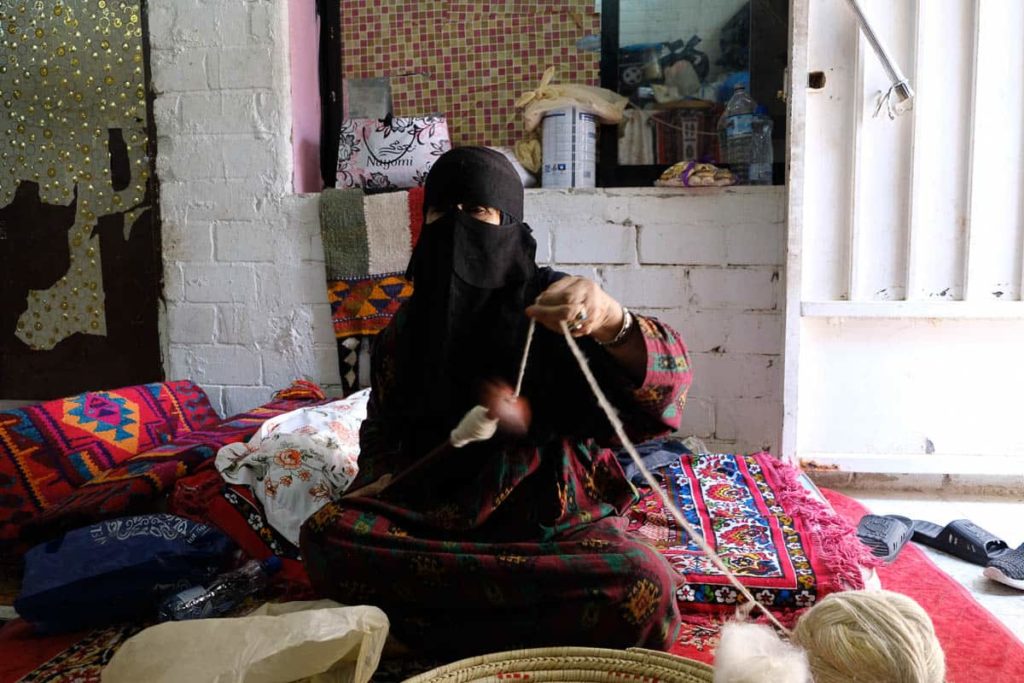 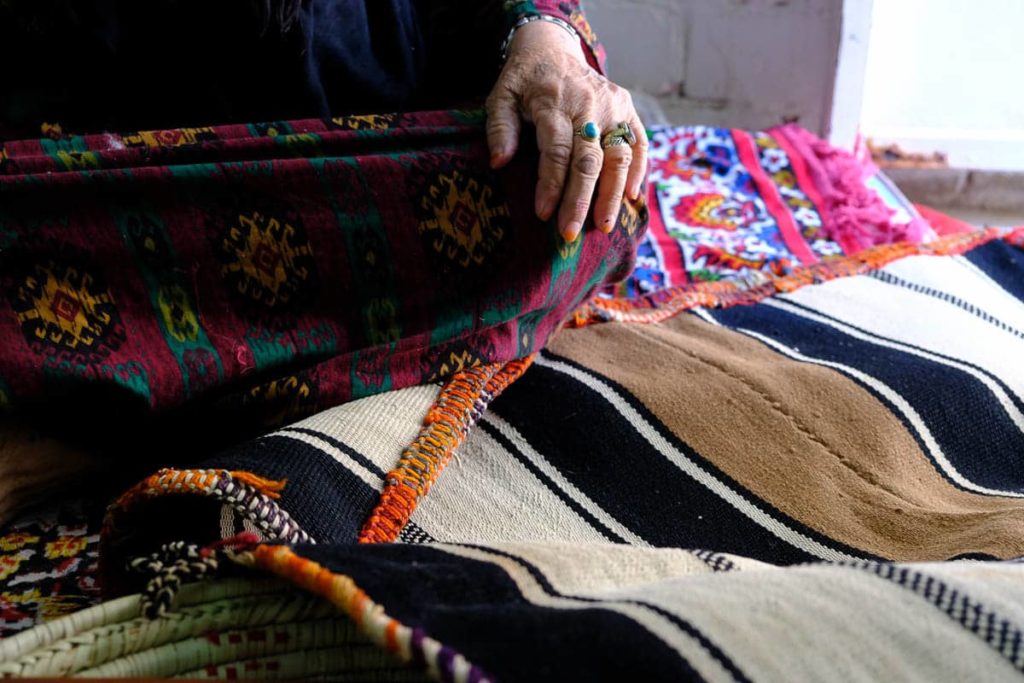 Detail of sadu weaving: the band is called the shajarah and is the most intricate part of the weaving. The symbols depict the personal journey of the weaver and include such symbols as water puddles, goats, and earrings. 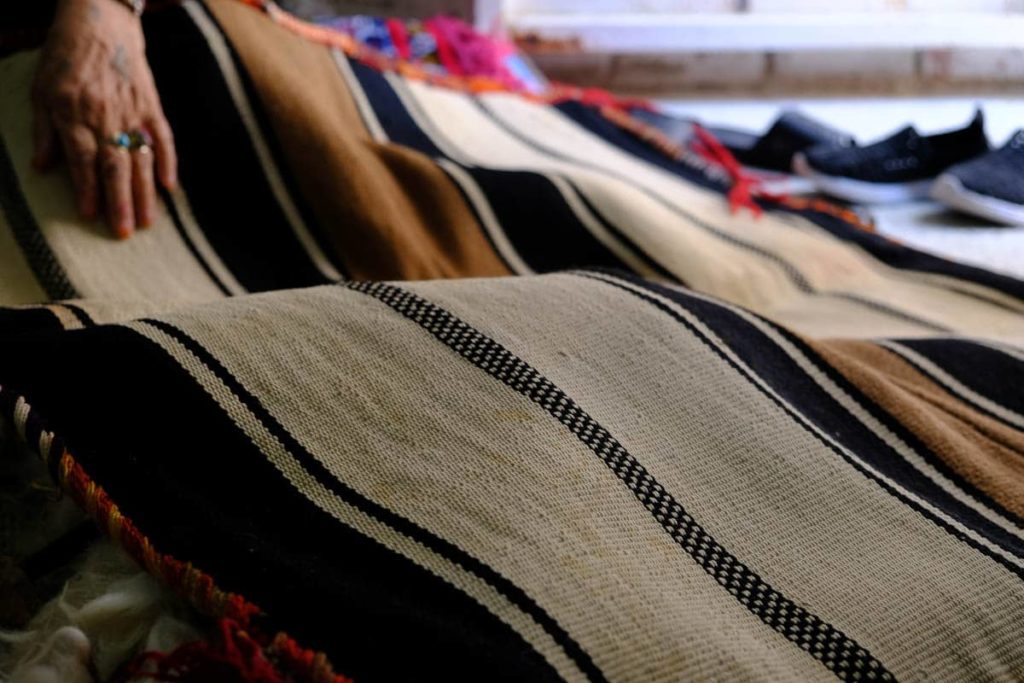 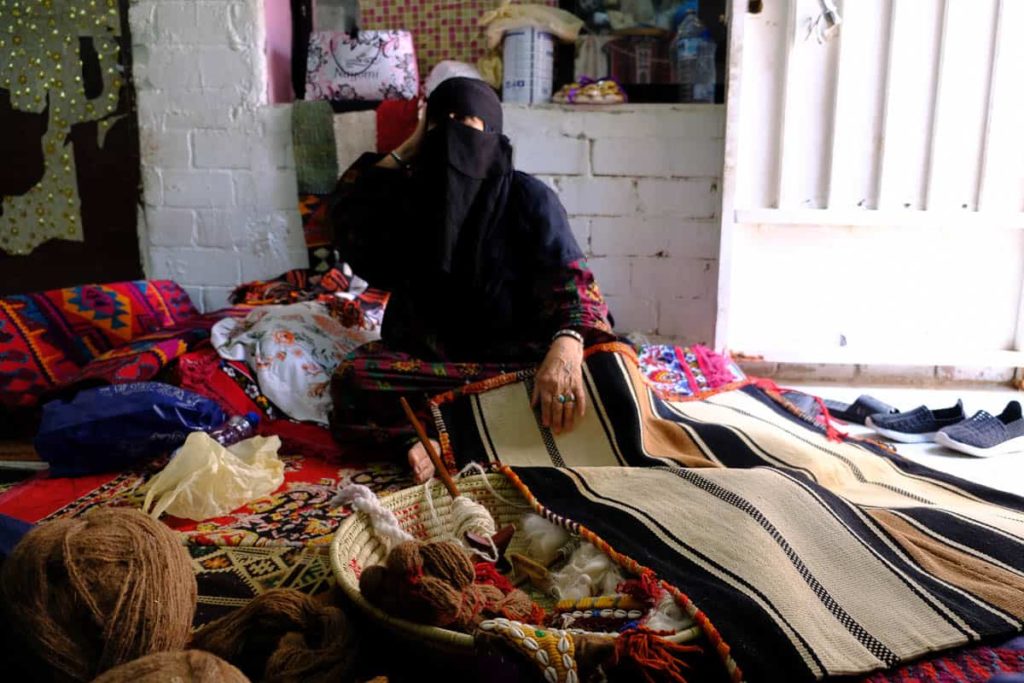 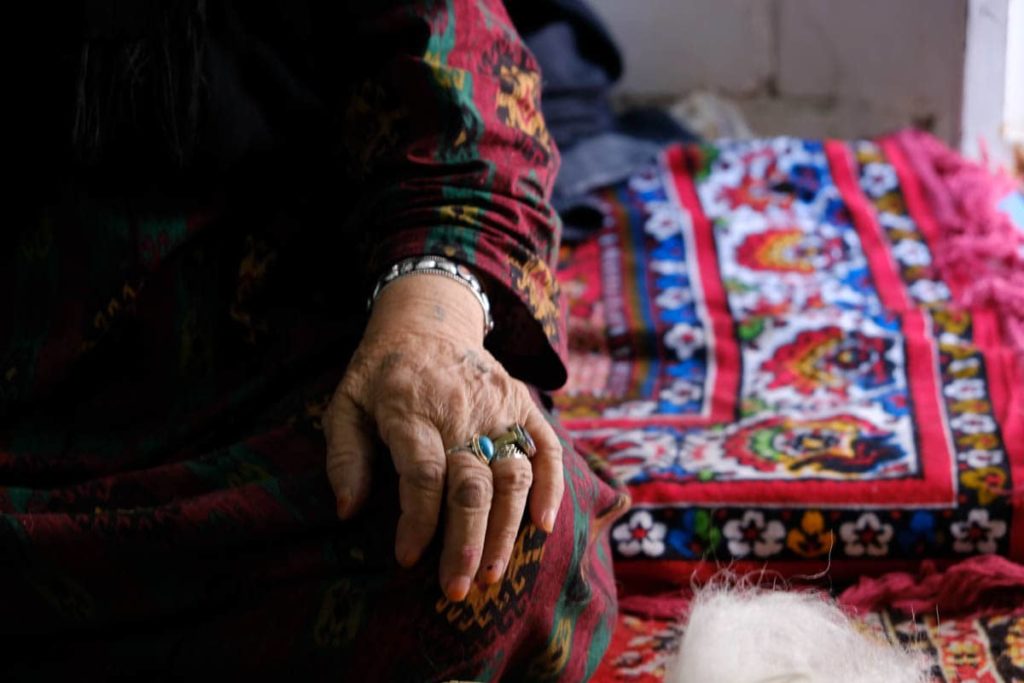 Sadu, the traditional form of weaving performed by Bedouin women throughout Arabia, was once the artistic language of Bedouin women, their own form of Bedouin poetry, the poetry of the yarn. Illiterate women who managed to create a practical and beautiful art form using only their imagination and the few resources at hand. In symphony with the other women of the tribe, Bedouin women dedicated their spare time to weaving long strips of wool on their basic looms; these were subsequently sewn together to create room dividers and other tent trappings.

To the rhythm of the camel’s steps, their adept fingers wove images of the surrounding environment, and their weavings invite us to a better understanding of their harsh world, a world of scarcity and survival. At the base a geometric art, their imagery illustrates the world of the desert, their goats and animals, neighbouring dangers such as snakes and scorpions, their few valuables such as earrings and combs, and of course that most precious of resources water often depicted as shrinking pools. They wove sand ripples, heaps of dates, and sometimes even radios and airplanes. These images represented their personal journey and are a gift to our understanding of this rich past.

Bedouin women were the architects of their own homes. Panel by panel, they wove the walls of their tents, beit e-shaar, the largest woven structure in the world. Years of experience and awareness of their surroundings taught them the importance of longitudinal tent forms, and how to position the tent away from the wind. For the tent’s outside walls, they used the black hair of their goats, a yarn that is coarse enough to keep the scorching sun out and fibrous enough to swell up when it rained. The women would put up the tent and nimbly take it apart when moving camp.

Their most beautiful and striking weavings were the highly decorative separators, qat’a, (قاطع) found inside the tent, which acted as space dividers between the men’s and women’s quarters. The bright colours and bold patterns in these weavings were to add contrast to the homogeneous desert environment. These are the most prized sadu weavings, created by the most senior weavers. Around 12-15 meters in length, these dividers would extend beyond the tent walls for outsiders to see, and could enclose the tent in times of blowing winds. Their size, color and complexity reflected the wealth of the tribe and signalled to passers-by that they had come upon a place of rest.

Aware of scarcity, the women tapped into all resources around them. The sheep and goats they owned produced the yarn they wove, the fruits and spices they found in markets became the source of their dyes. Should anything tear, they would mend it. Should a panel tear beyond repair, they would leave it for the desert to swallow. Some of the finest sustainability gurus today commend the wonders of the Bedouin tent; its modular design, energy efficiency, portability, re-usability, and the use of all natural and biodegradable materials. Few of us ever stopped to think of the genius of Bedouin women and their contribution to this sustainable architecture.

In the past half-century, the countries lining the Arab side of the Gulf have undergone a fast-paced development that practically wiped out any link to this sustainable past, a past that was in many ways light years ahead. What once were crafts that had sustained a lifestyle of scarcity and survival became no more than cut up bits of cloth sold in local markets. The Gulf’s meteoric modernization wiped away vestiges of this sustainable and rich past, turning a culture of survival and reliance on little turned into a culture of consumption and dependence on a lot. Earlier crafts and material artefacts became obsolete. It took just a few decades to wipe out centuries of survival culture.

Although part of our visual landscape—Sadu patterns are found on teapots, walls, buildings, even tissue boxes—sadu weaving is no longer part of our material landscape. To many, sadu weavings are little more than dusty old rugs and rags, part of another age and era. Few were aware of the richness of this craft. Although the lifestyle that gave sadu weavings their purpose has disappeared and the number of sadu weavers has dwindled to a handful, there is much to learn from this ancient craft, lessons not only about our culture but about how our past can help us forge a more sustainable and meaningful future.

The images are of Um Fayez, one of the last remaining Sadu weavers in Kuwait. Her hands have tribal tattoos from a time when tribal wasms were tattooed on women’s hands and foreheads. Photos Laila Al-Hamad 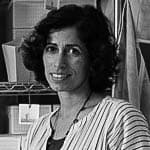 A native of Kuwait, Laila Al-Hamad is a cultural entrepreneur and the founder of Zeri Crafts, a concept business inspired by Gulf heritage.  The company creates pieces that reflect Gulf tradition with a contemporary look and feel.  Prior to founding the company in 2010, she worked in social and economic development at the World Bank and in several non-governmental organizations.  Her interests lie in sustainable development, and in promoting cultural heritage as a means of attaining a more meaningful development path. She holds a Master’s degree from the Johns Hopkins School of Advanced International Studies.

It begins with a pomegranate: Sirjan kilims by Mahjabin Ilkhanipour
Nations unravelled and re-woven
From village to suburb: How Karen weavers retain their culture as art
From glass beads to smoke water: Investigating the vocabulary of loss and renewa...
The kediyun: A slow turn for fast fashion
The Rohingya story in Thailand, through embroidery
Tender cloths
Circular heritage: Textile legacy in the Andes