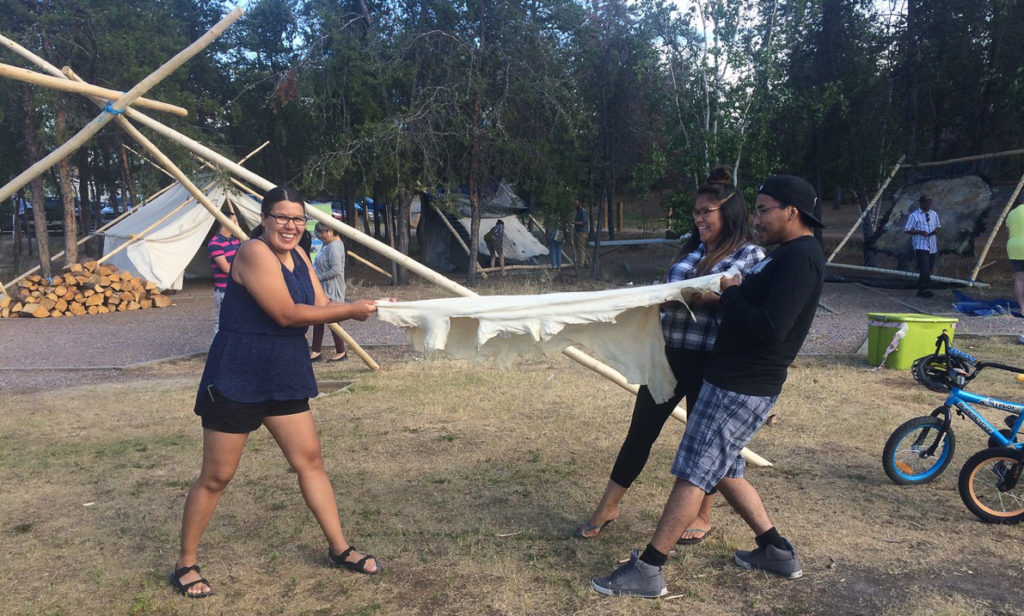 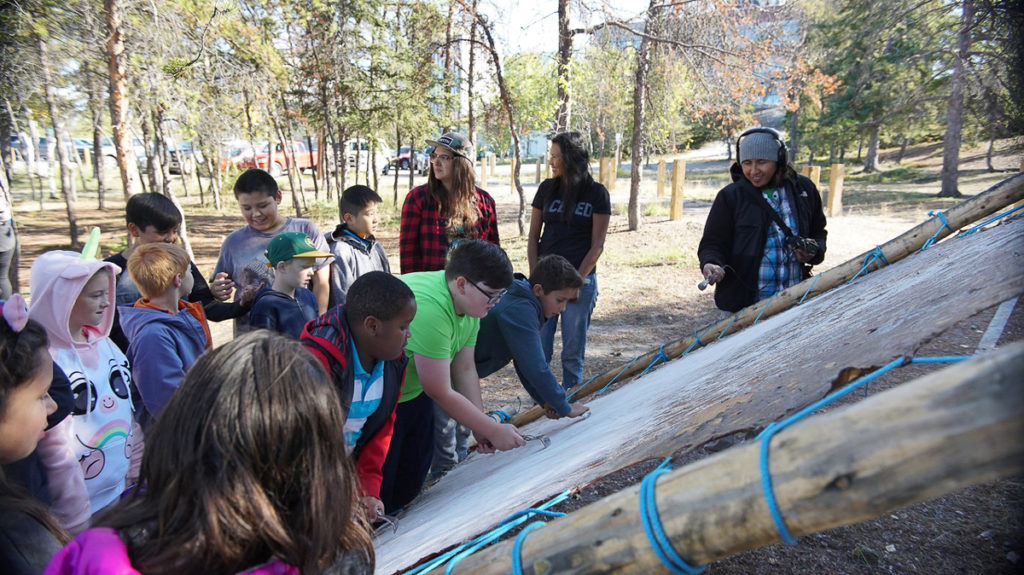 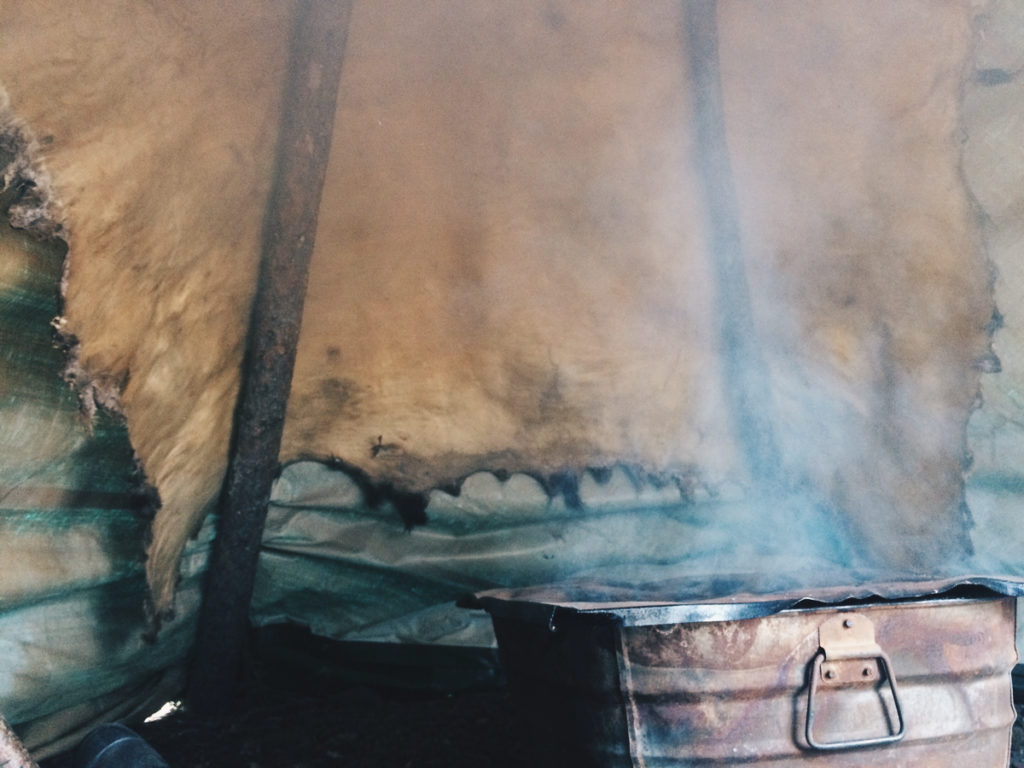 (A message to the reader from Tania Larsson.)

Tania Larsson is a contemporary indigenous jeweller based in Yellowknife, Northwest Territories, Canada. Using land-based material, Larsson’s work is centered around northern Indigenous adornment based on Gwich’in culture. Having been born in France to Gwich’in and Swedish parents, Larsson moved to Canada at the age of 15 to gain further understanding of her Gwich’in background. Along with establishing herself as a contemporary indigenous jeweller, Tania Larsson is one of the founding members of Dene Nahjo, an Indigenous innovation collective in Denendeh (Northwest Territories) working to advance social and environmental justice for northern peoples and promote Indigenous leadership. Dene Nahjo focuses on women’s initiatives, Indigenous leadership, social and culture innovation as well as the facilitation and education of hide tanning.

At the 2019 Haystack Mountain School of Crafts yearly conference, I had the pleasure of meeting Tania for the first time. Our conversations were richly dense with the discussions of traditions, preservation of culture, jewelry and hide. As a trained leathersmith myself I am always excited to meet another maker who is using the material in some way as it largely has been neglected in a broader studio craft discourse. What follows is an edited and abbreviated version of a conversation Tania Larsson and I held online after the conference looking at the history and importance of hide tanning from an indigenous perspective.

Why don’t we start with the conception story of the hide camp?

As a teenager, I moved to Canada because I wanted to learn my culture, I thought it was going to be easy. I mean, I just crossed the ocean, came up North and I thought I would access to my culture. I didn’t understand the history of the residential schools and colonization. How that would affect my people and in turn, how that affected the accessibility to our culture.

I couldn’t afford a hide as a teenager because they are expensive, as they should be, so I decided I wanted to learn how to tan hides so I could make my first moccasins. When I finally had the opportunity to learn how to tan it was very foreign. It was more about learning how to be on the land than it was the technique of tanning hide.

In 2012, my friend Melaw did an open call on social media, “I’m doing a hide tanning camp in Sambaa K’e, let me know if you want to join.” She booked a small plane and anyone that could make their way to the plane in Fort Simpson was welcome to join. The camp ended up being very emotional, lots of hard work. It was about learning how to ask questions to elders, learning to go on the land, walk properly on the land and look at things around you, identifying different woods and learn how to gather the material you needed to tan the hides.

After Idle No More, with ten other people we started an organization called Dene Nahjo, and the first program that we did in 2014 was a traditional tool-making workshop.

Since I had done the hide tanning camp with Melaw in Sombaa K’e I recognize I didn’t have any tools to work on hide. She had tools that were passed down to her from her grandparents. Since I had none I said to our collective: if we want to learn how to tan hides, we need to learn how to make our tools because they’re very specific and not everybody’s lucky enough to have inherited them.

We worked with a knife maker in Whitehorse that had previously worked with Inuit women to make Ulus that were done properly. It became this beautiful workshop where we shared knowledge and we understood what the different tools were and why they were made.

We did the first Dene Nahjo hide camp in Fort McPherson. For me it was great because it was on my homelands. Participants came from different communities and nations so they were able to take that knowledge and work with other people in their own community once they were done at the workshop.

What is the difference between leather and hide?

Women and hide, is it traditional that women are the only ones doing hide? How does it become women centric?

I don’t know if it’s only women that did hides. I’ve heard stories of men also working on them as well. Today there is a lot of women who are tanning the hides because they want to reclaim this work. I think that moosehide is the canvas of our culture. So, that’s the basis of where we put our artwork on. Because of the knowledge gap, residential schools created hides have become hard to come by.

I think oftentimes when non indigenous people think of indigenous people, they think we are close to nature, have all of this knowledge, are spiritual, we know it all. So, why do we need this space just for ourselves? When in actuality because of colonization, because of these policies that were set in place, we need to relearn our culture. We need to take classes and take time away from work to actually learn how to be close to nature, how to walk on the land without being scared and how to learn how to tan hides because we don’t have that because of history.

What is the interaction then with non-indigenous bodies that participate? Is there a feedback process or what do you think they get out of it by doing it?

Well, we have lots of people who live up North who are married to indigenous people who are a part of our families. So I’ve seen for example people who want to learn, they want to support the indigenous community and they don’t take up much space. They are there to facilitate, to make sure that these opportunities do happen in their community. Which is so important. We need allies that are actually doing the work and who are making sure that their children who are indigenous can learn and other people in their community can learn and practice. I think that’s very powerful when they’ve done the work and they know that they’re doing it for the right reasons, not just for financial gain or social recognition.

What are the logistics of doing this? Where does the support come from?

In our organization a lot of fundraising happens. We have our project director and manager who write proposals for the different project we set out for the year. A lot of logistics have to be taken care with different communities and organization to make these events a success.

Have you noticed or is there a measurement of what the impact of doing this has done? Have you gotten feedback? how do you know it’s successful?

It’s successful because it’s catching on. It’s slow, but you can see hide tanning camps popping up here and there across Canada and other places. This is important work because it is bringing back the ties, the connection between each other, the connection between community members, family members, connection between animal, the land and us and our spirituality. And that’s all around a simple activity like tanning a hide. It’s really about learning how to talk to each other again. Learning how to listen to yourself and having confidence within yourself. At the end of the day that’s what’s so important. Is being able to reconnect each other, to elders, to the youth, to the land, to the animals.

I think what’s also super important that sometimes we miss is all the protocols that the elders are sharing with you throughout the process. So, that’s things that I didn’t know. Some of my elders who’ve taught me were taught by the old elders. And so they have the protocols of how you treat the animal, how you treat the animal life with respect. And you do that by treating the skin with respect. So, it’s not letting the blood drip on the ground where you’re going to walk. Not being messy and having the hair of the animal just going everywhere. To respect the animal you’re running a super clean camp. And it’s constantly washing your tarp, constantly putting all of the flesh and the blood and stuff like that and disposing it in a very respectful way.

And what happens to the hide once it’s tanned?

It depends if it’s a community hide or a personal hide you brought to the camp. When working on a community hide with a group once the final smoke is done you cut it up and share it between participants. If it’s your personal hide, you will keep it create work with. But it’s a communal activity so if you bring it to a hide camp and you’re working on cutting the hair, everybody available will bring their knife and they are going to help you cut the hair off. And then if you’re putting it on a frame to scrape it, people are going to come and help you put it on the frame and scrape it with you.

But at the same time, when your hides are drying and your friend over there is cutting the hair off of their hide, you’re going to go over there and help. So, it’s really this community where everybody’s helping each other.

How many hides get tanned?

It really depends on the amount of participants or camps during that season. We try to limit the number of hides that are worked on because they can become very overwhelming. Last camp we did with new students we had four moose hides for 12 students. We were able to finish two hides in two weeks because everybody was working on it. We weren’t able to finish all of them. But for those two hides, we as instructors cut up the pieces and gave a piece to each participant and to the elders that were there.

What is the cost of participation or the process to participate?

Because of the fundraising we do, people are not required to pay. Usually you would have to find your way to the hide camp, unless you need help if that cost prevents you from participating. We budget for food and we share our tents and such. The other expenses are taking time off from work and investing in your tools. Those are the biggest costs.

Is there anything else that you want to say, or you want people to know or to do or anything that’s really key that we haven’t touched on?

Our art practise starts in a community setting, which really steps away from the individualistic idea of art making that has been promoted in the Western world. I find that to be extremely powerful to know that you come from a community and that so many hands and stories have helped you get to where you are today. 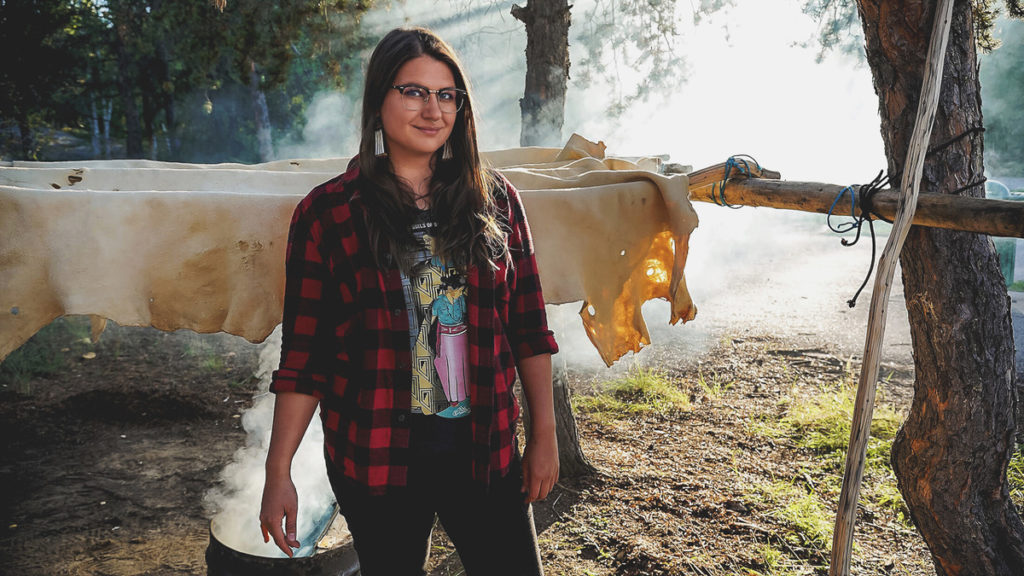 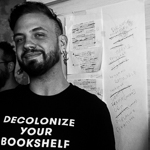 matt lambert holds an MFA in Metalsmithing from Cranbrook Academy of Art and degrees in Psychology, Art History and American Studies from Wayne State University in Detroit Michigan and is currently an MA candidate in Critical Craft Studies at Warren Wilson College. Lambert has also apprenticed in leather and woven rug restoration. Their research engages with the relationship of craft to nation structure, gender, indigeneity and nomadism. Lambert is a 2020 Craft Curatorial Fellow with the Center for Craft in the US curating the exhibition Desire Paths with co-fellow Lauren Kalman opening October 2020. Image credit: Lydia See.