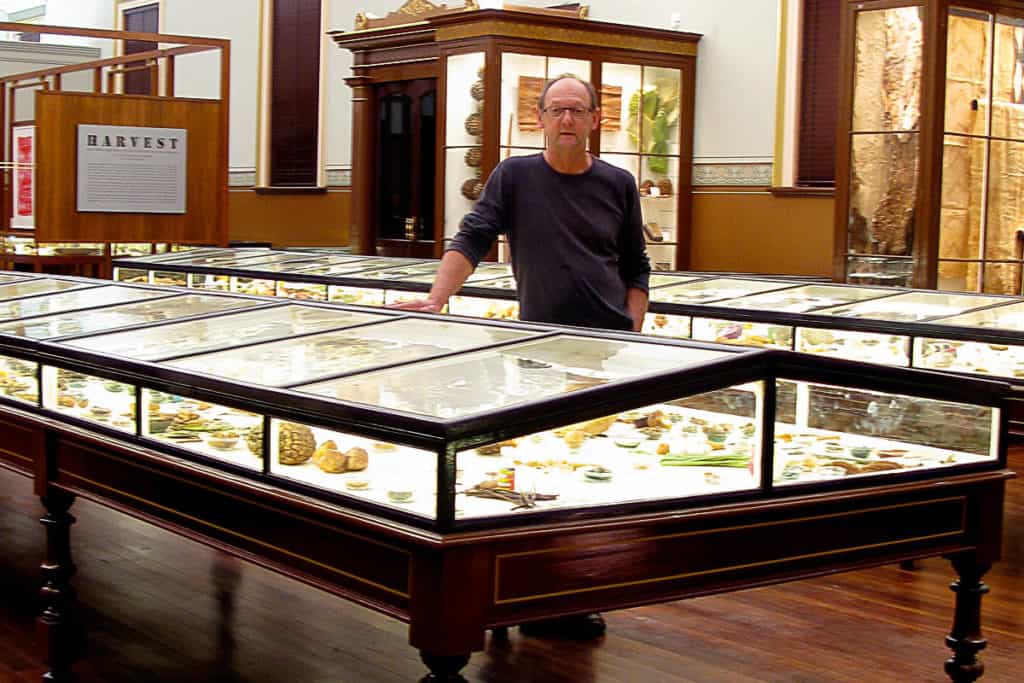 A tired Peter Emmett at the completion of installing the refurbished Museum of Economic Botany at the Adelaide Botanic Gardens, 30 May 2009. Photo: Gary Warner. 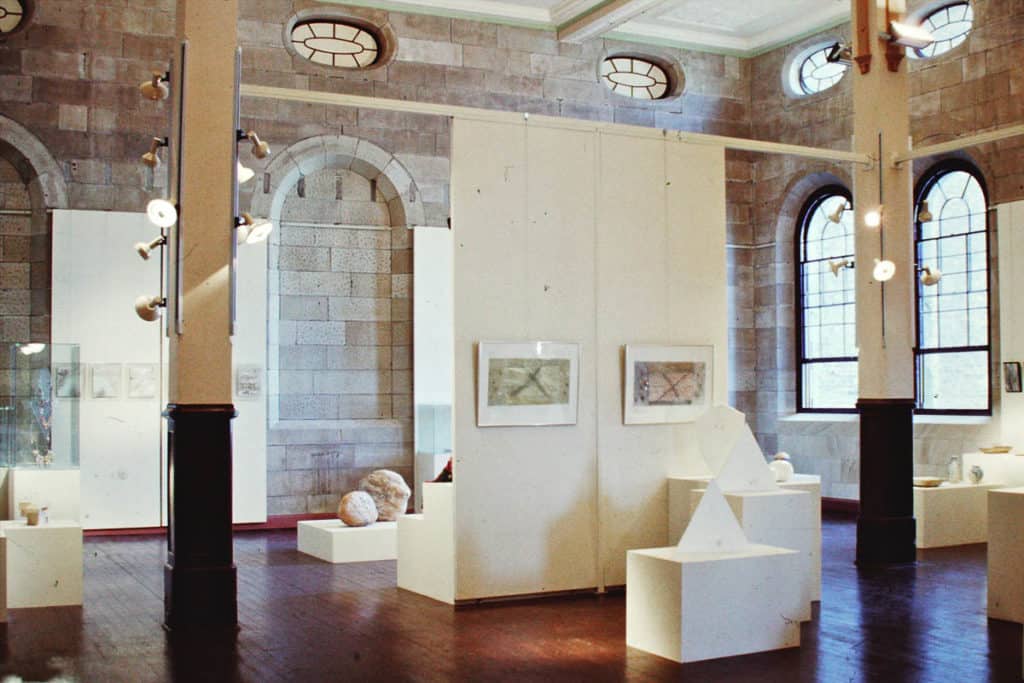 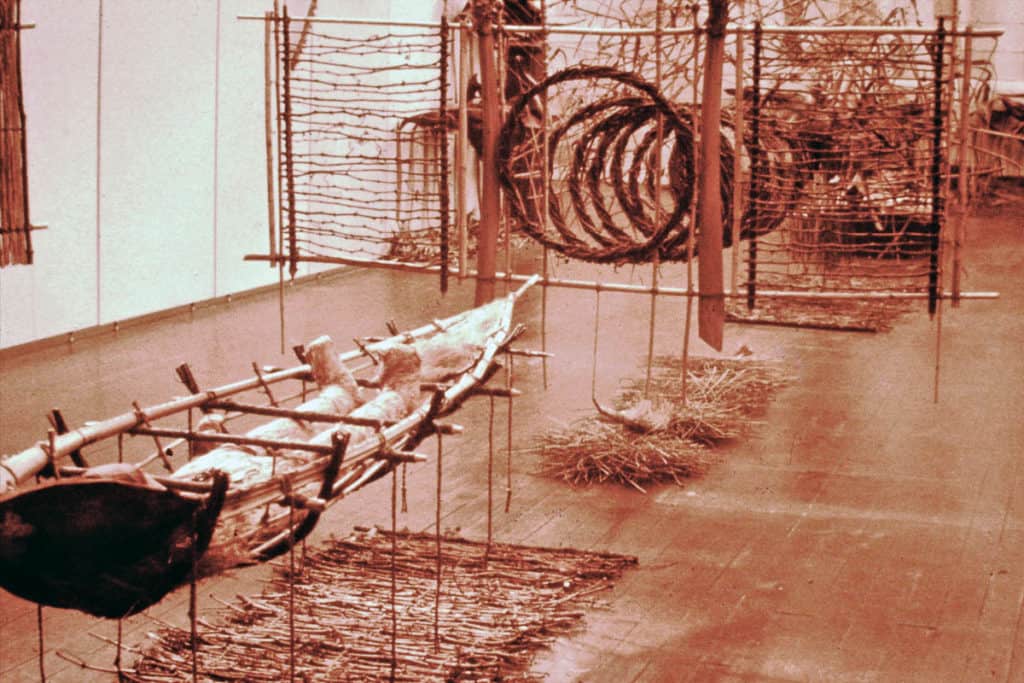 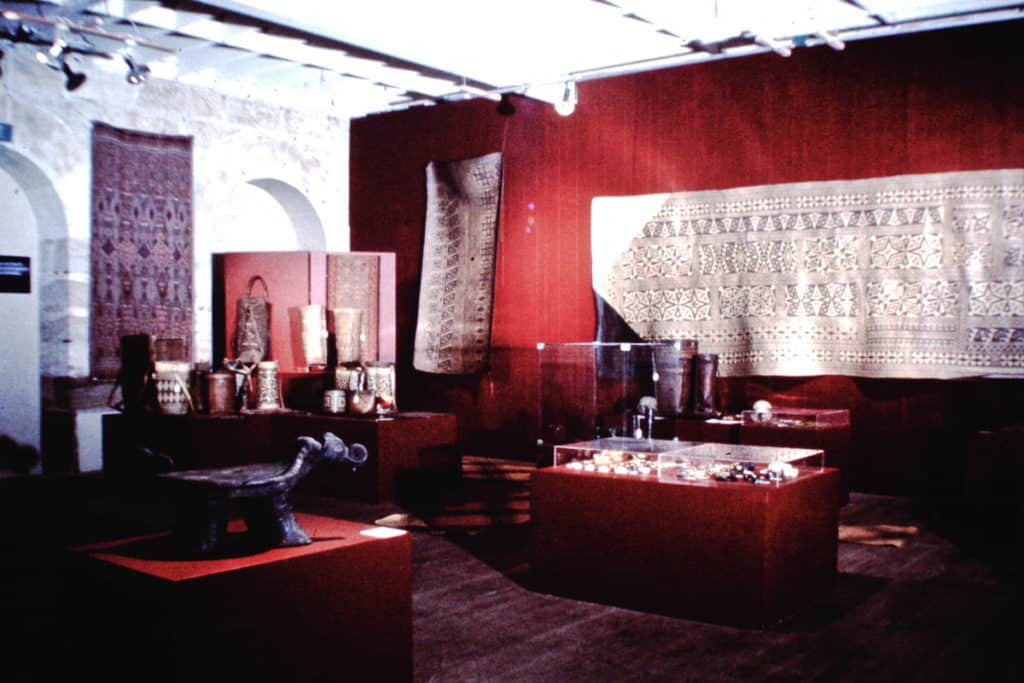 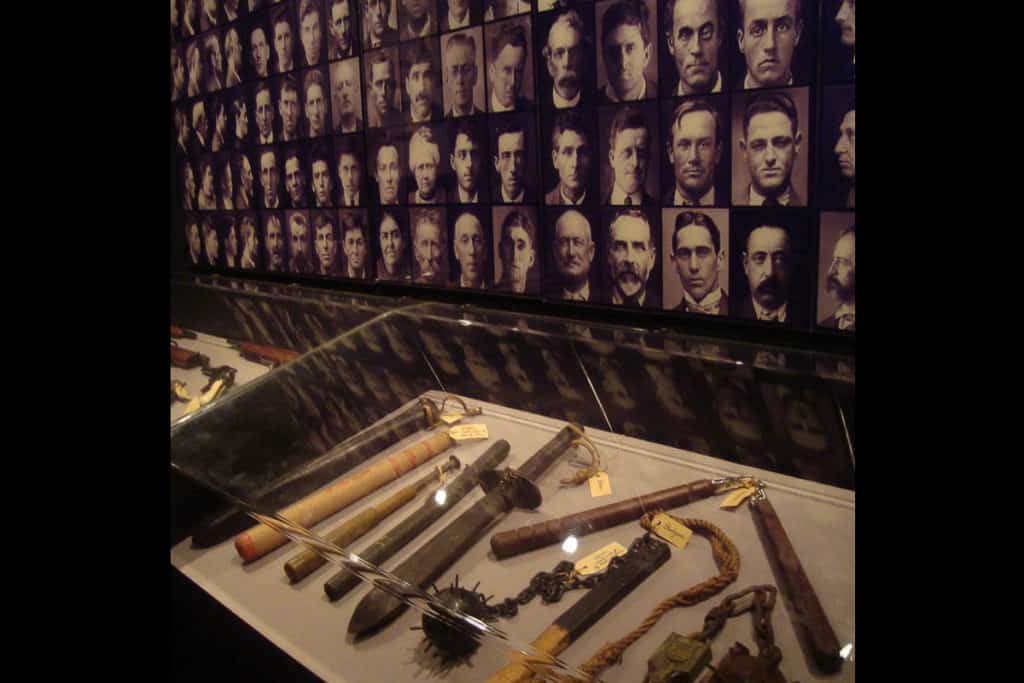 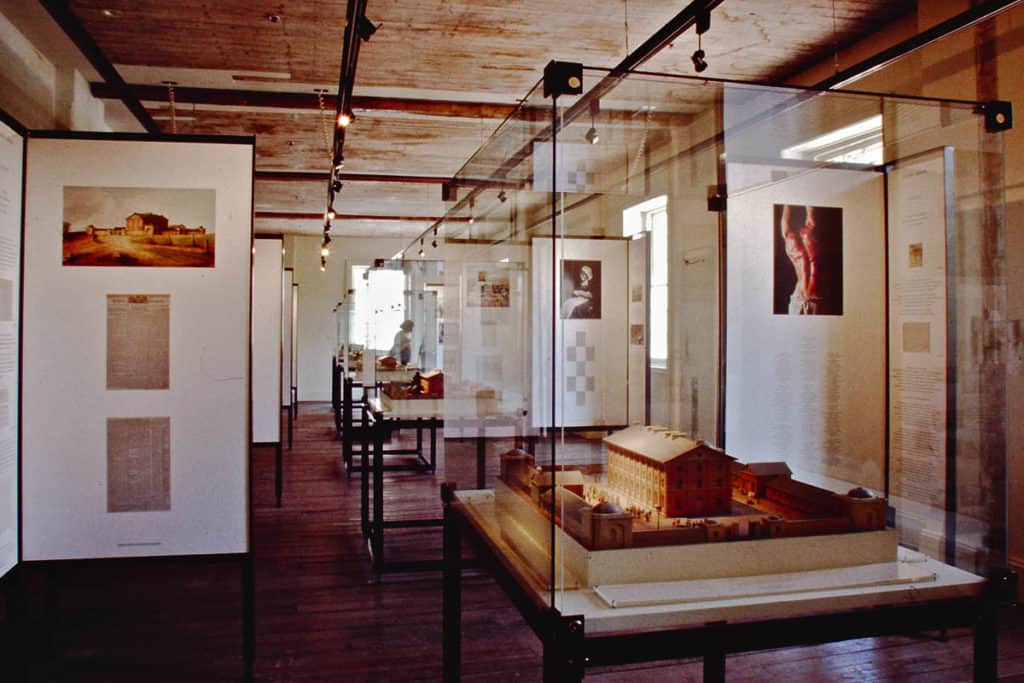 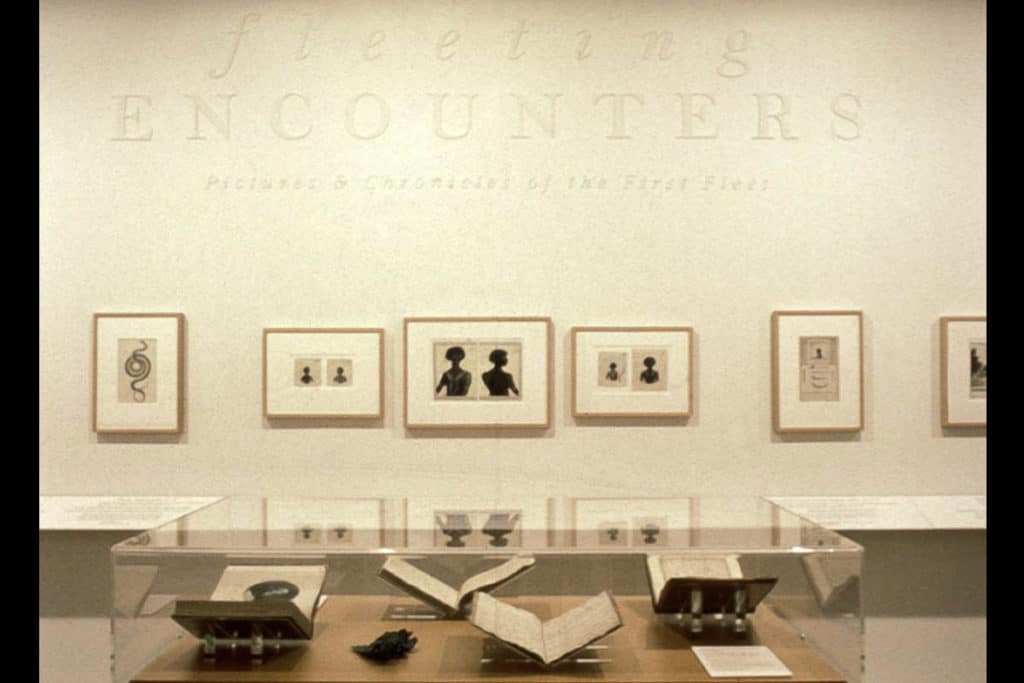 1995 Fleeting Encounters – Pictures & Chronicles of the First Fleet, the opening exhibition (May-July 1995) in the Focus Gallery at the Museum of Sydney on the site of first Government House (MoS), Sydney. 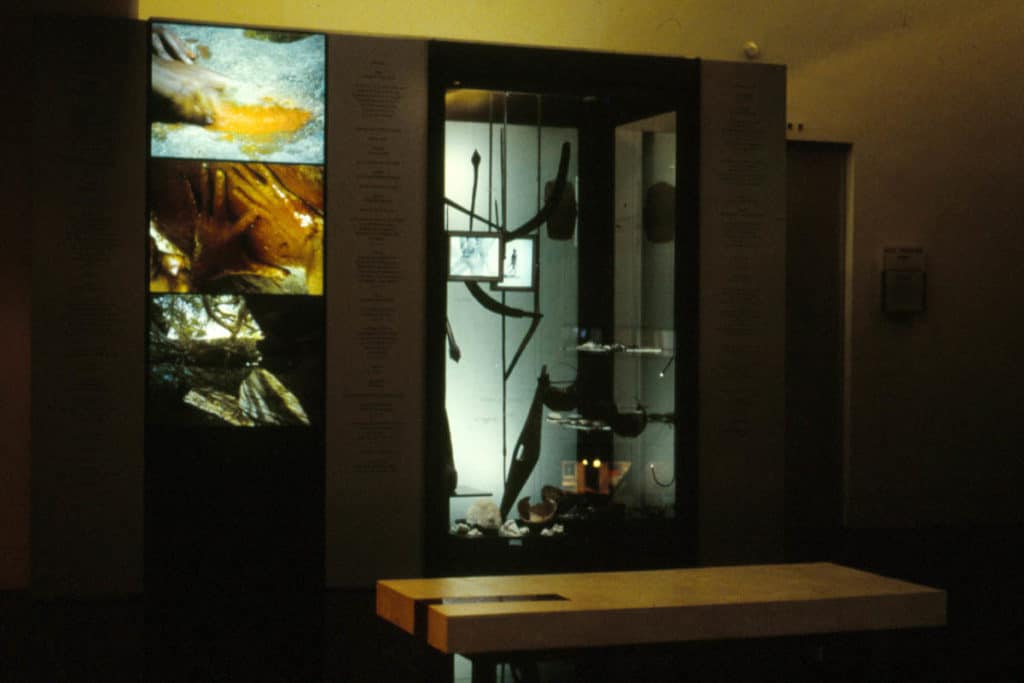 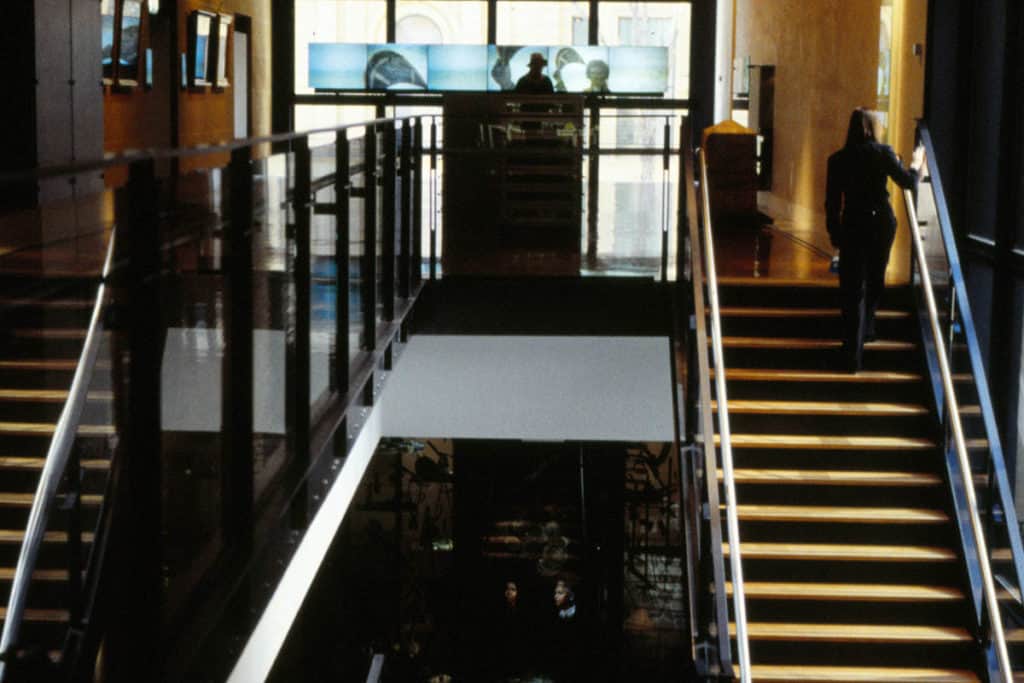 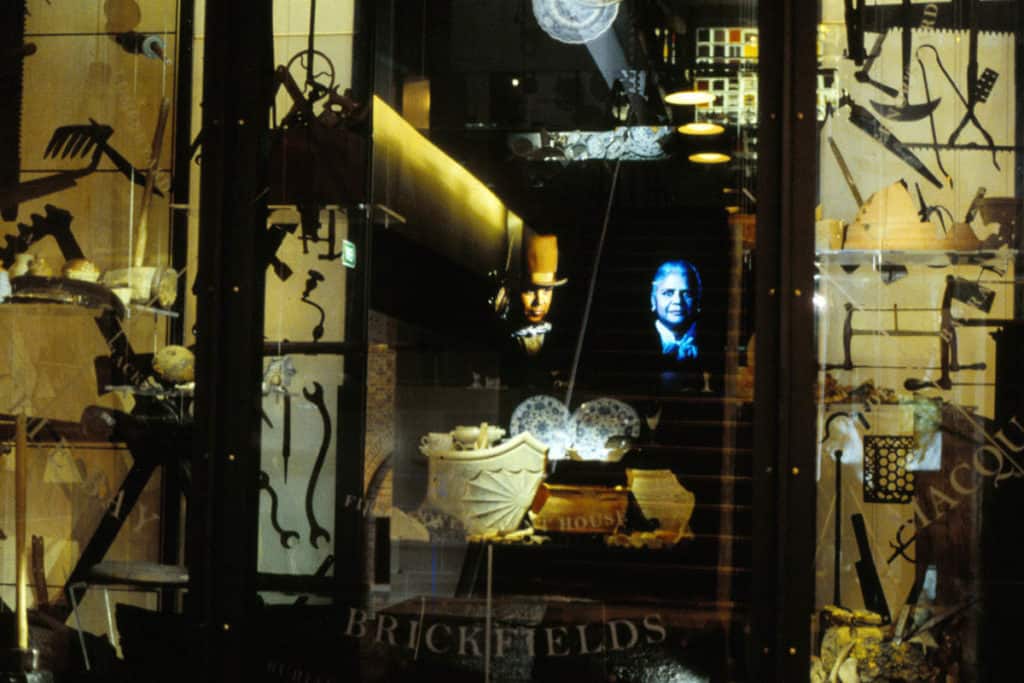 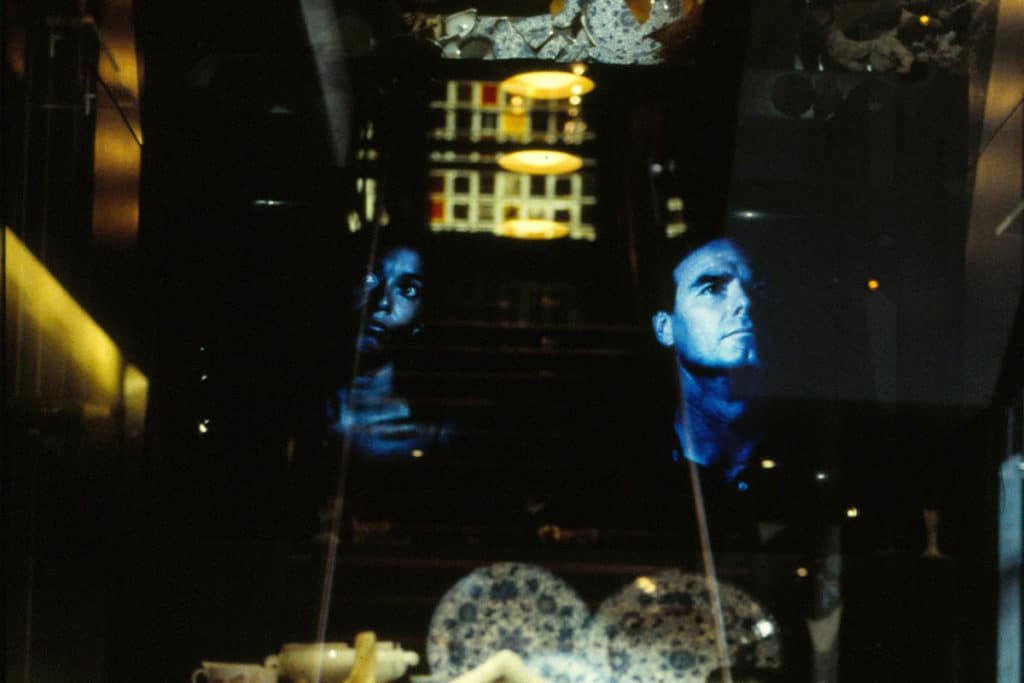 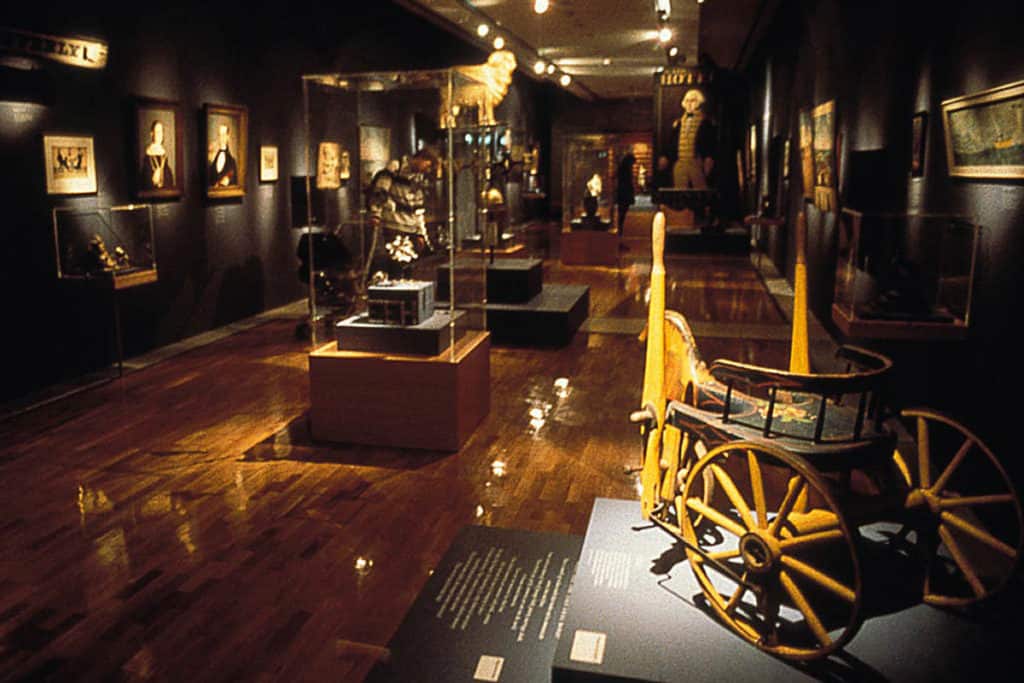 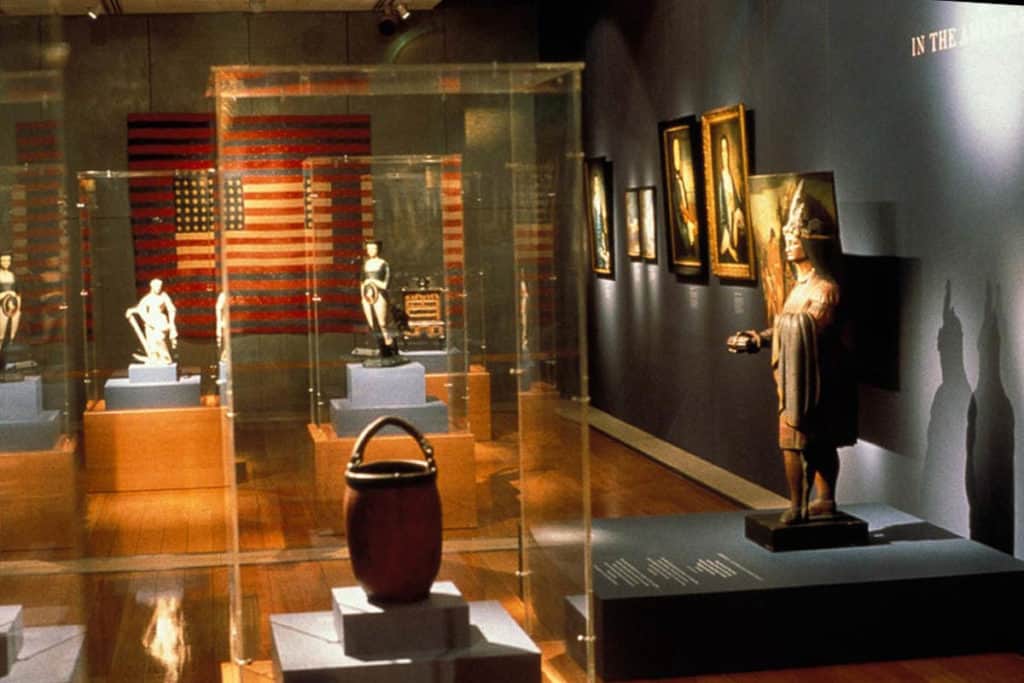 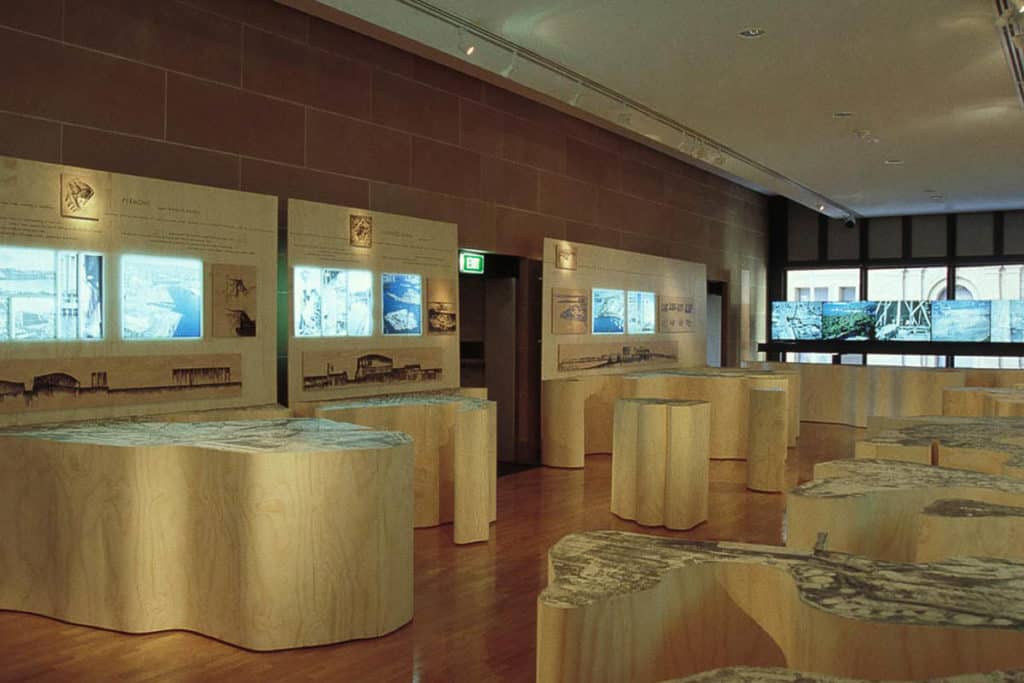 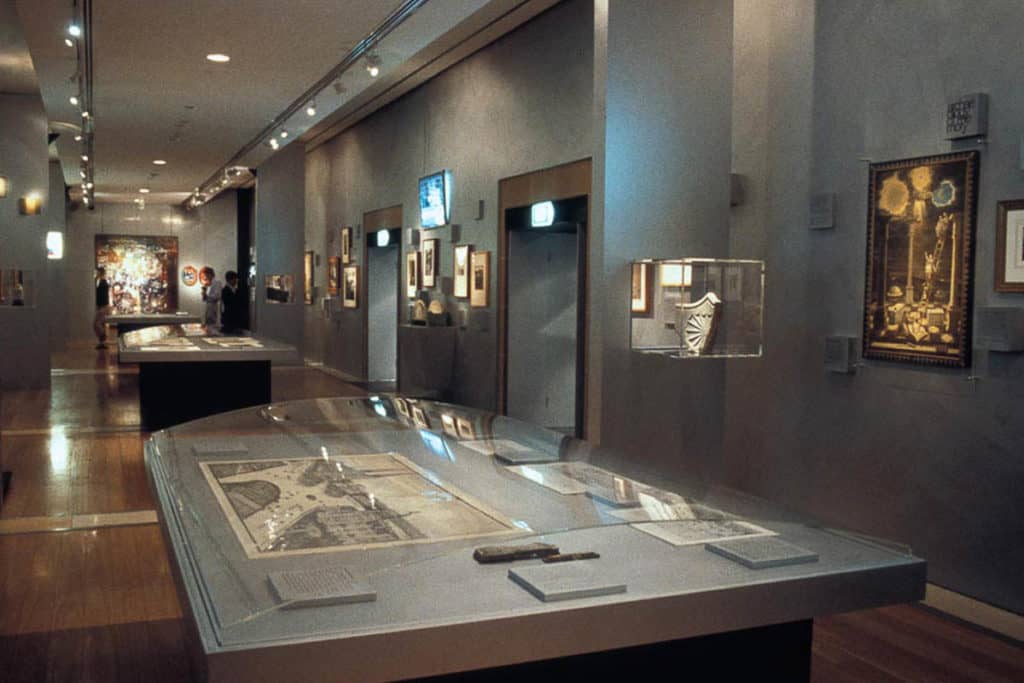 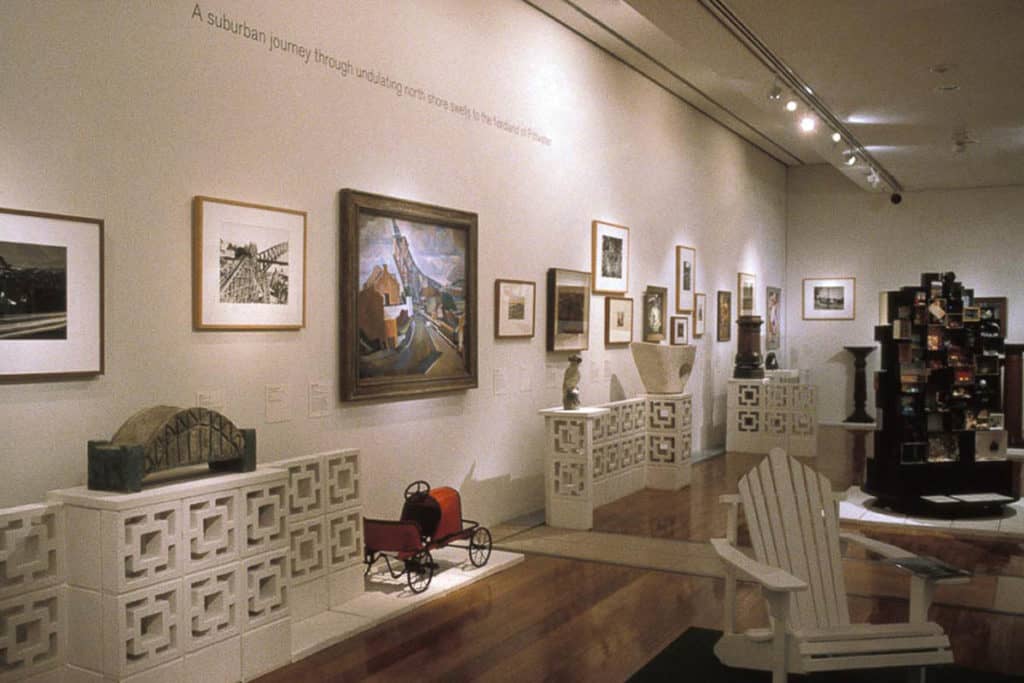 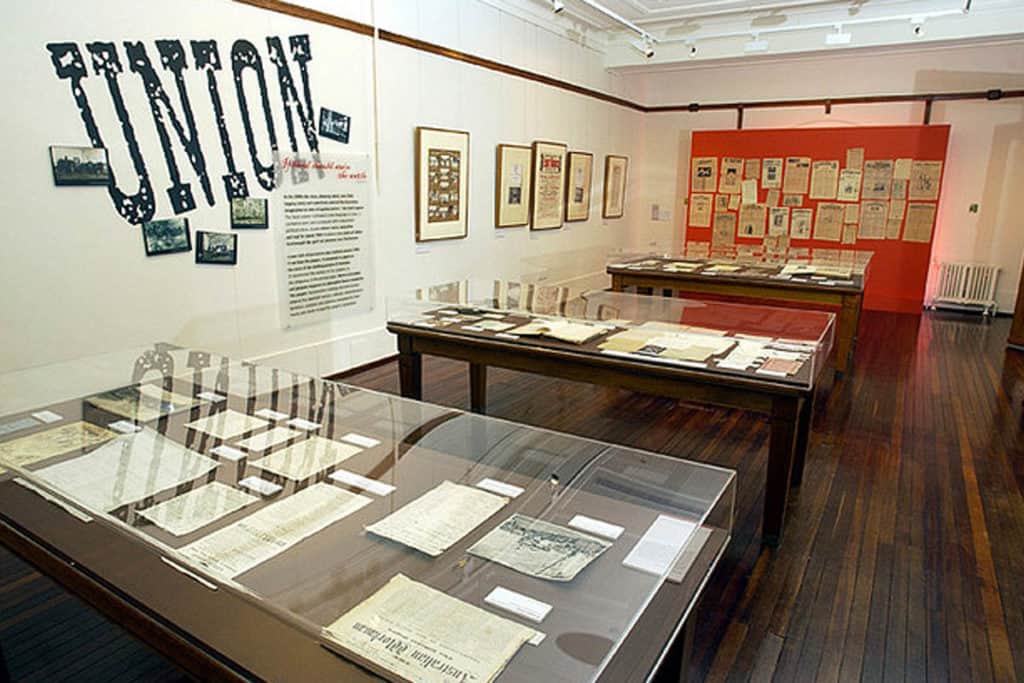 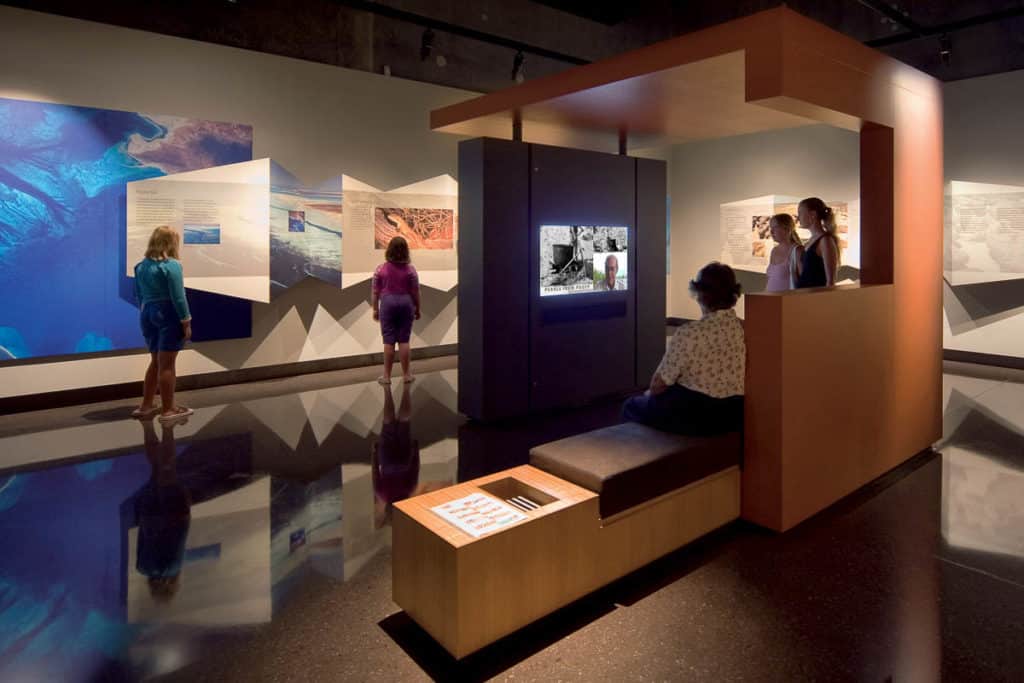 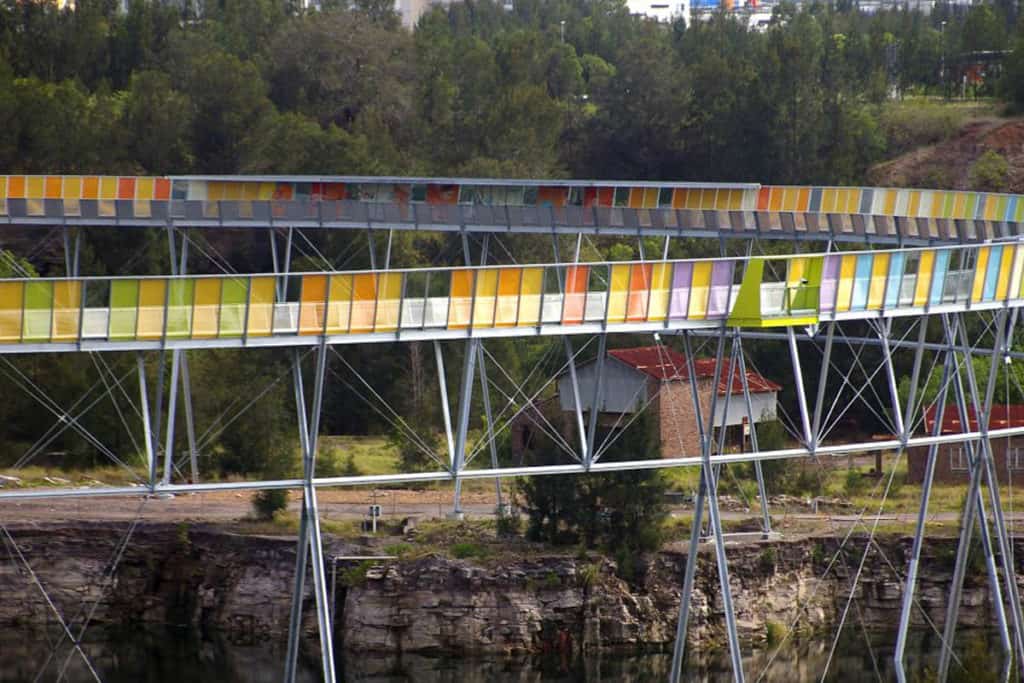 2005 Brickpit Ring Walk, Sydney Olympic Park. The brickpit became an unlikely breeding ground for an endangered frog species – the Ring Walk was created to provide a platform for interpretation of the site’s industrial history and ecological future. 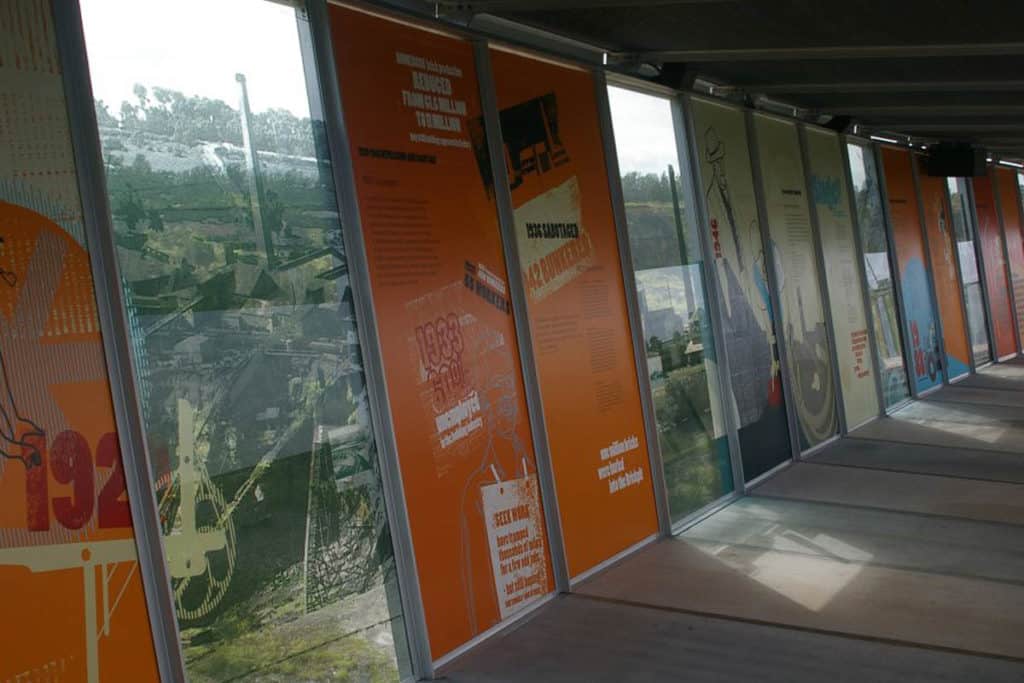 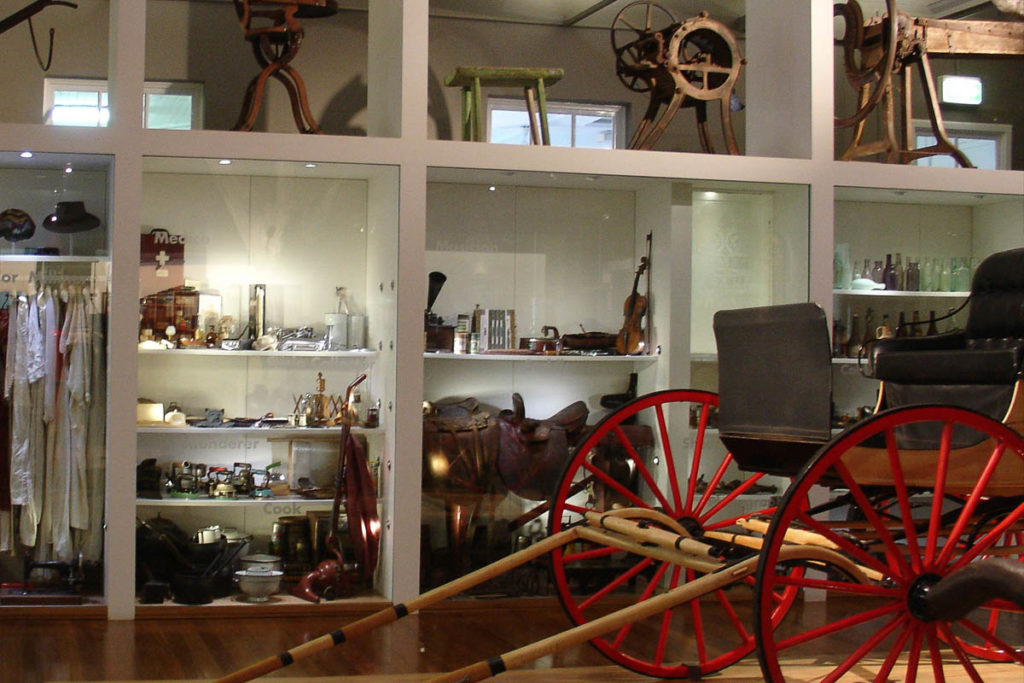 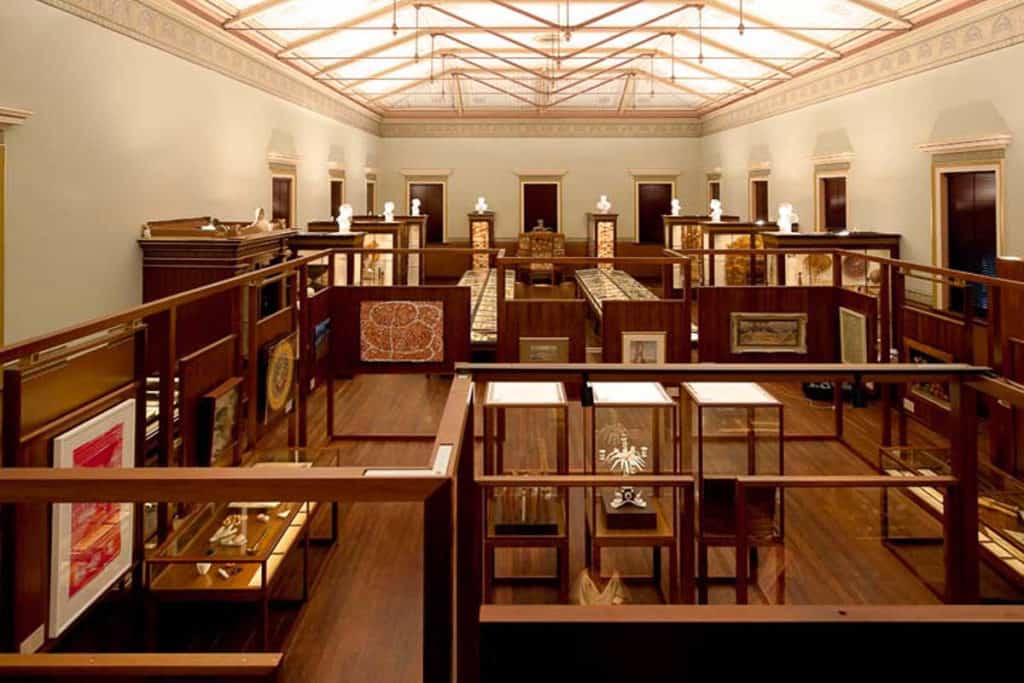 2006 Refurbishment of the Museum of Economic Botany, Adelaide Botanic Gardens. Peter worked closely with then Director Steve Forbes to develop a schema that returned the Museum to its 1888 origins, with the addition of a contemporary display space for changing exhibitions designed and built by renowned Adelaide furniture maker Khai Liew. 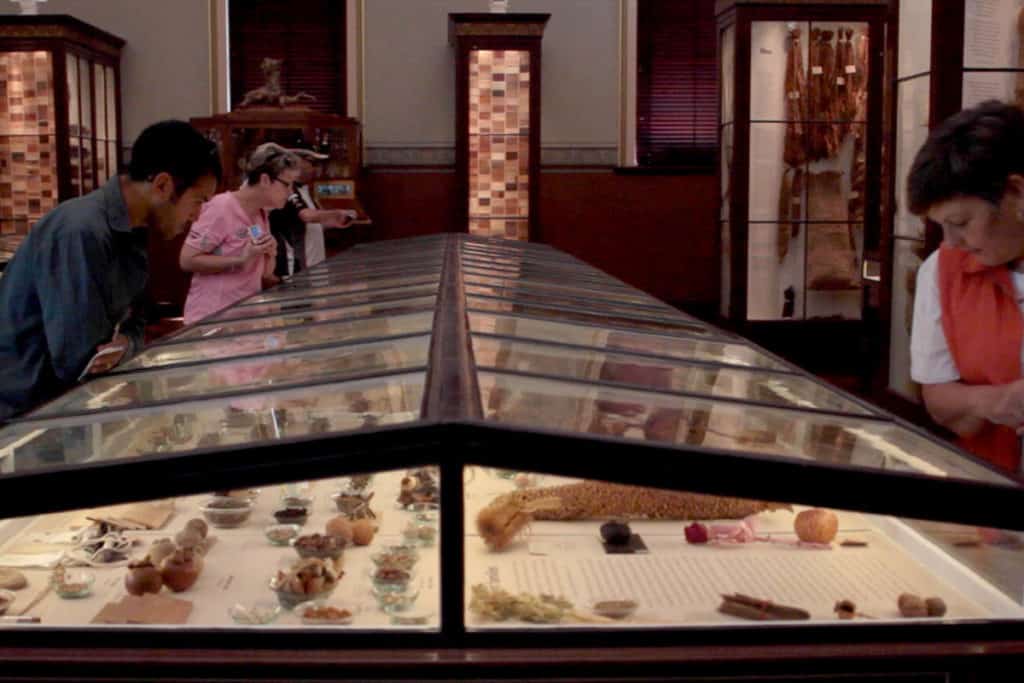 2006 Visitors at the Museum of Economic Botany, Adelaide Botanic Gardens. 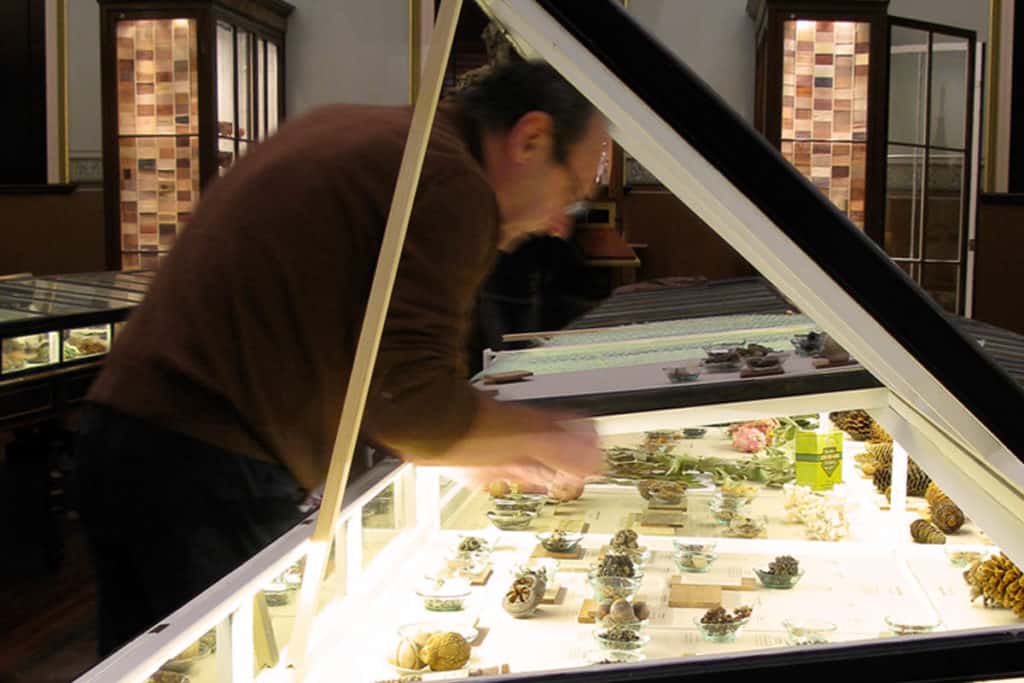 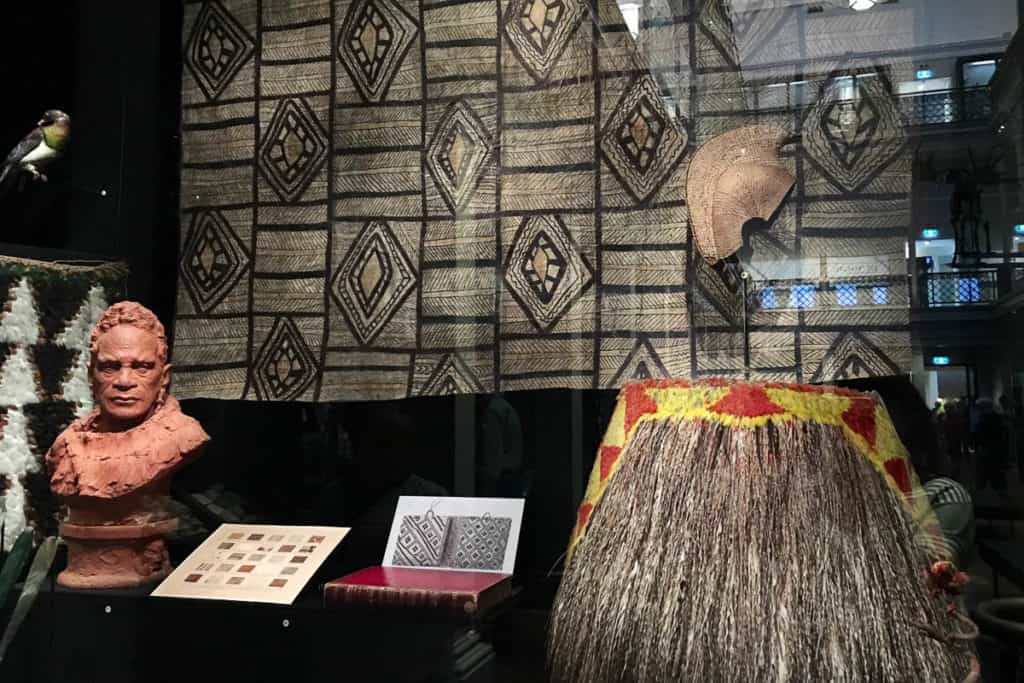 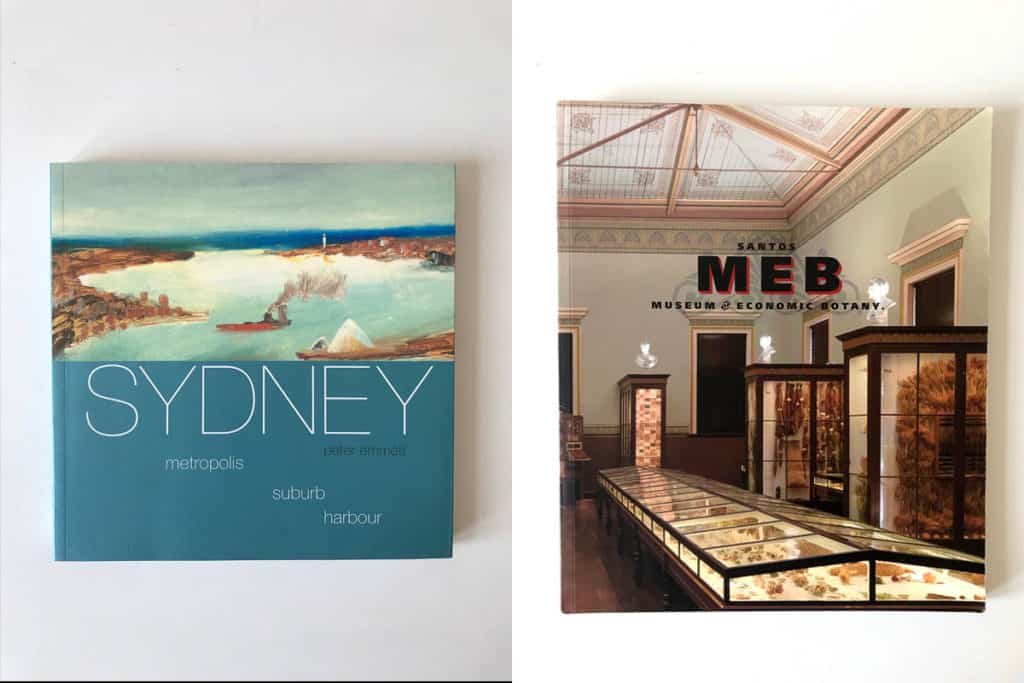 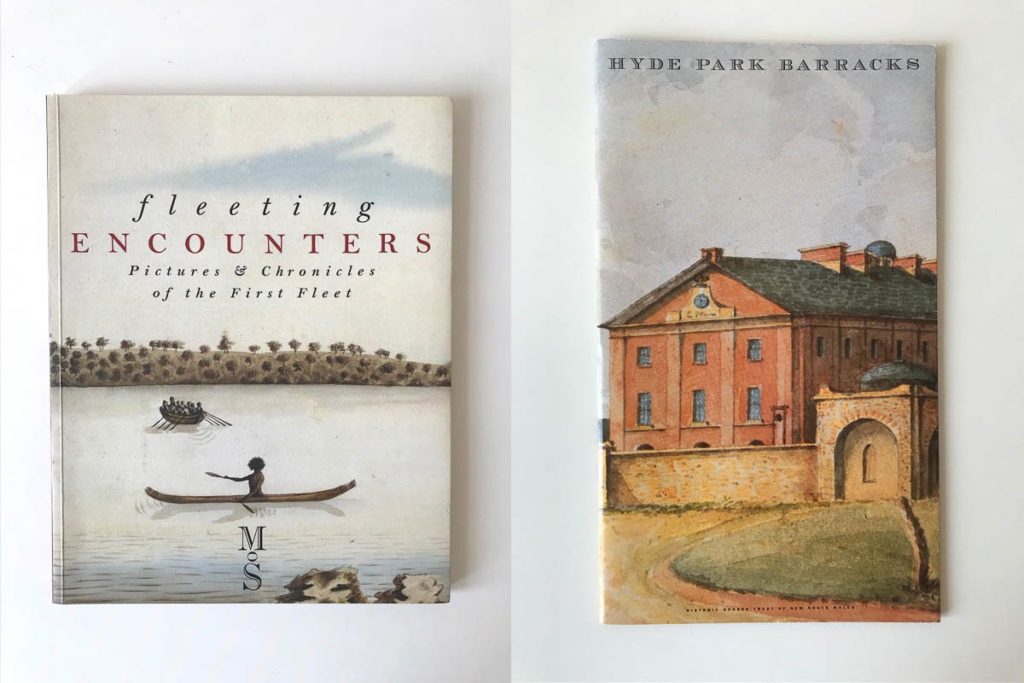 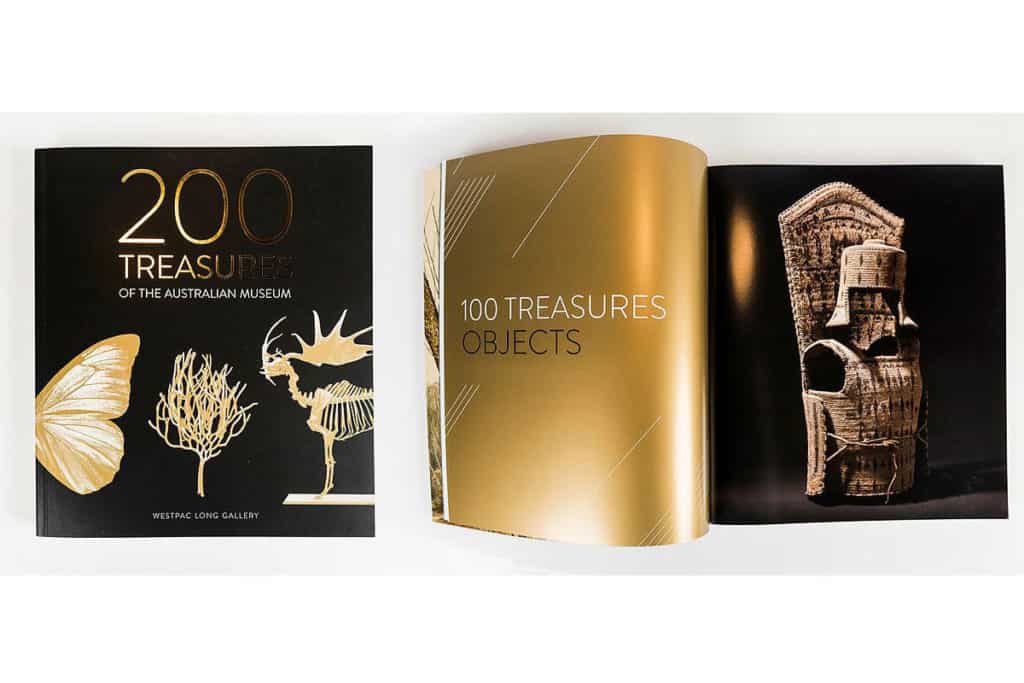 There can be few people in Australia who have looked at, handled, considered, re-presented, written about and re-contextualised as many objects as Sydney-based historian, writer, curator, and home and garden maker, Dr Peter Emmett.

Four decades of activity makes exactly how many unknowable. Peter has wandered through and wondered about collections of museums large and small, central and regional, of arts patrons and international institutions. And he has just as happily rummaged about in the kitchen drawers of jam-makers, pearl-fishers’ sheds, artist’s studios, the workshops of carpenters, potters and weavers. He and partner Anne Flanagan have walked the trails of our national parks and travelled remote parts of the world to explore place and experience diverse cultures first-hand.

Peter’s important yet under-celebrated contribution to the Australian cultural imaginary and intellectual life has been in the form of robustly researched, closely curated and carefully planned and installed exhibitions of things and ideas, along with their catalogues, essays, and thousands of text panels. Along the way, he has facilitated contexts for so many other people (including me) to engage in the creative work of developing, writing, designing and making. Through constant innovation of the cultural medium of the exhibition, Peter has experimented with, advanced and expanded our ways of thinking about who we are, where we are—as individuals and as “a people” (whatever that might mean).

Across Australia, Peter has curated remarkable exhibitions involving social history, the sciences, craft, audio-visual media and visual art. From Shark Bay in Western Australia to regional New South Wales, the prison complex of Tasmania’s Port Arthur, and the Museum of Economic Botany in the Adelaide Botanic Gardens (amongst others), he has wrestled with competing agendas both present and past, material diversity and entanglements of meaning to shape shows that are engaging, provocative, emotionally affective, poetically charged, but always accessible due to his compassion for subjects be they human, animal, place or story.

This Garland issue turns attention toward the harbour city of Sydney, and it is here that Peter Emmett has been living, exploring on foot, bicycle, kayak and car, and making exhibitions since the 1980s. Here’s an incomplete list (extending what Peter himself has mentioned in his essay “Sydney: A Crafted City” in this edition of Garland): the Craft Council years (1979-85) saw 12 shows annually from local, national and international craftspeople and artists. Presentations of work from Indonesia, India and Nigeria resulted in collection purchases by the National Gallery and the Powerhouse Museum. The first show of paintings from Papunya was staged at 100 George Street in 1982, followed by shows from Ernabella and the Tiwi islands.

After the Craft Council, Peter spent a couple of years travelling the country researching and preparing the epic $50M Bicentennial touring exhibition that eventually involved a convoy of 50 vehicles being driven to 34 towns across the country. Later, for the Historic Houses Trust of NSW, he realised bold new interpretations of the Hyde Park Barracks, Rose Seidler House, Elizabeth Bay House, the Justice and Police Museum, and the Museum of Sydney on the site of first Government House (MoS).

At MoS he curated exquisite exhibitions such as Fleeting Encounters; the Sydney 2000 trilogy – Metropolis, Suburb, Harbour; In the American spirit—folk art from the Peabody Essex Museum; and Wanderlust, that opened up the vast stores of Sydney University’s Macleay Museum. To realise his exhibition ambitions, Peter has always worked directly and collaboratively with craftspeople, artisans and artists, writers, filmmakers, architects, graphic designers and interior designers, as well as fellow historians, archaeologists, scientists and collections managers.

I was fortunate to come into contact with Peter in 1993. Working as a Project Officer at the Australian Film Commission, I had a reputation for promoting the nascent realm of electronic media arts. Peter was looking for someone to help him realise a particular vision. He wanted to populate a new museum with ghosts of the colonial past and phantoms of the uncertain present arguing the contest of history. Over a couple of hours of charismatic persuasion, Peter outlined his ambitious recasting of the colonial narrative. By the end of the meeting, I was ready to join him as “Multimedia Coordinator” on the project that would, over two years later, open as the Museum of Sydney on the site of first Government House (MoS).

And it was populated with plenty of yarn-spinning and argumentative ghosts. Floating in spaces either theatrically suggestive or materially evidentiary, about 50 characters were invoked and voiced by as many actors, of the calibre of Noah Taylor, Rachael Mazza and Justine Saunders. The thoroughly researched monologues and dialogues arose from Peter’s vivid intentions channelled through the scriptings of Ross Gibson and Alana Valentine. Peter and I have since worked together on exhibitions including the Shark Bay World Heritage Interpretation Centre (2003), the Sydney Olympic Park Brickpit Ring Walk (2005), and the Museum of Economic Botany at the Adelaide Botanic Gardens (2009).

Here and now, in Sydney 2019, one of Peter’s most ambitious exhibition projects is on permanent display at the Australian Museum. Opened in 2017, 100 Treasures in the AM’s refurbished nineteenth century Long Gallery presents purposeful pairings of natural and cultural objects in what he describes as “entanglement tableaux of the Anthropocene”. As with all his projects, Peter immersed himself in the museum’s vast collection stores to see and handle things, to appreciate their materiality and spent time “nattering” with staff to learn what’s known (or presumed to be known) about the objects, their provenances, implications and mysteries.

Peter’s remarkable ability is to then wrestle with such an enormity of meanings, of apparently inextricable entanglements, to unravel, find and identify connectivities. And then to conjure compelling ways of bringing them together in the cultural mechanism of the exhibition, the wunderkammer, the theatre of marvels, using all his embodied skills and sensitivities for object placement, spatial arrangement, contextual materiality, lighting and writing, colour and sound. Like great architecture or cinema, making great exhibitions is an auteur art form, and Peter Emmett is a great auteur—his exhibitions have quietly changed how we think about ourselves and our culture, our past and future, the things we make and the things we treasure.

Helen Wyatt: Life is revealed through layers
The currency basket: Investing in a shared world
Quarterly essay ✿ Going to hell (and back) in a handbasket...
The delight of embroidery now - 2018 Chaozhou International Embroidery Art Bienn...
Pathways through The Social Outfit
Linda Brescia: Holding Up The Sky
Julia Gutman ✿ Muses
Alice Whish ✿ Works from the Understory