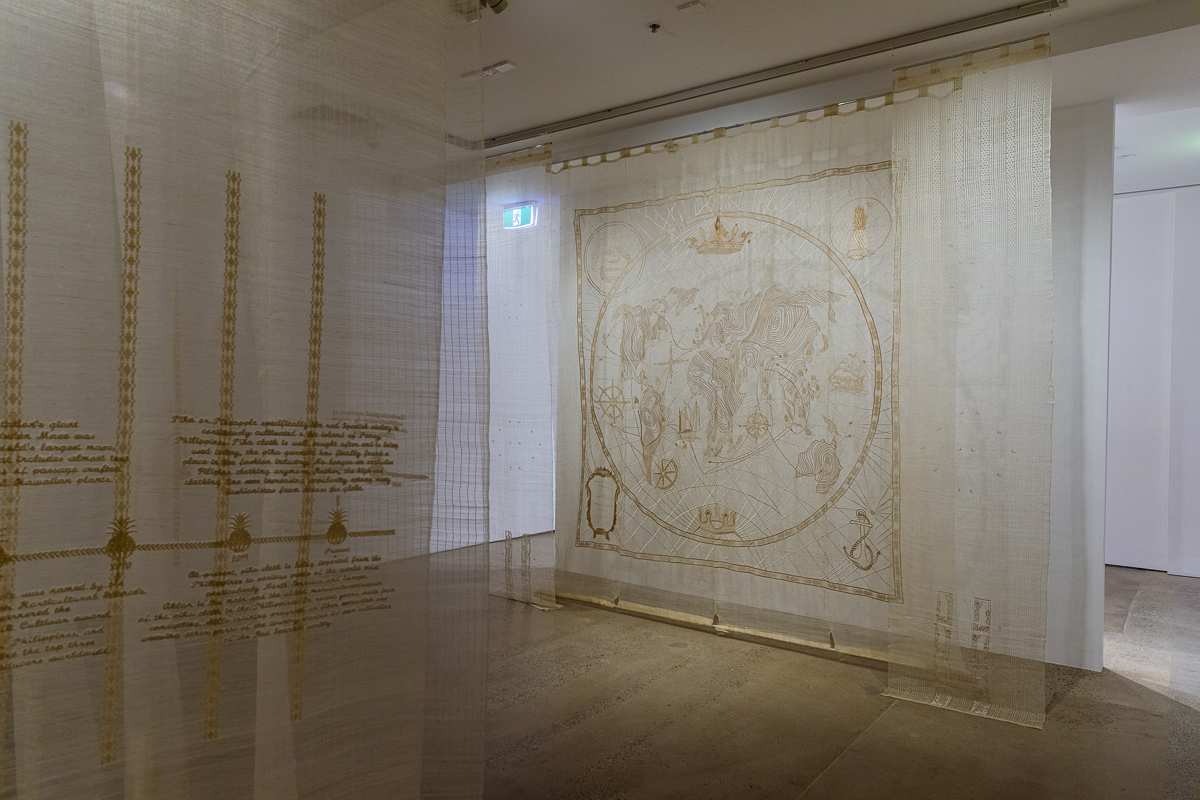 Alfredo and Isabel Aquilizan returned to the Philippines to work with weavers and embroiderers in recovering the world of piña, pineapple fibre.

(A message to the reader in Tagalog.)

The artists Alfredo and Isabel Aquilizan create work that materially reflects the place of the Philippines in the wider world.  Their time in Australia goes back to 1999 when they were invited to the 3rd Asia Pacific Triennial for a work that contained objects from the Brisbane Filipino community that they have brought along with them when they migrated to Australia. For the 2006 Sydney Biennale, they produced Project Be-longing, an installation of the contents of their family’s balikbayan (homecoming boxes). These rectangular cardboard containers are specifically constructed to maximize airport luggage restrictions. They formed stacks placed randomly around the gallery, reflecting on the experience of contemporary Filipino migration.

After migrating to Australia, Alfredo and Isabel continued to visit the Philippines regularly. However, on their last visit, they were stranded during the COVID epidemic. This gave them the opportunity to build stronger connections with local communities, particularly in the crafts, “We work with the tinsmiths, blacksmiths, woodcarvers and we do work also with potters and embroidery.” In 2018, they had already worked with blacksmiths in Jogyakarta (Left Wing Project: Wing 10).

…we all know pineapple is the colonial fruit

Local curator Freja Carmichael encouraged them to look at fibre work and this lead to an interest in pina, weaving the pineapple fibre. This offered a way of addressing the disruption of weaving traditions that echoed the revival of fibre skills in Queensland’s First Nations communities.

“We found one of the islands who are actually doing pineapple weaving. For us, it is very interesting because of course as we all know pineapple is the colonial fruit. It actually came from South America and it was dispersed all over the world. So, it becomes a symbol of colonialism.”

“We were under Spanish rule for 333 years. So there’s a cliche. We call it the 330 years in a convent and after that Americans or Hollywood took over.”

The work with piña continues their interest in the material currencies of globalisation. As their daughter, Aniway, writes:

In witnessing cultural congregations, of the most informal and mundane kind, it became evident to me that the most powerful medium for these shared connections are objects. These encounters bring together multiple temporalities, spaces and places. We carry these objects with us, and they too become vessels that hold narratives of displacement, alongside hopes and aspirations for settlement. 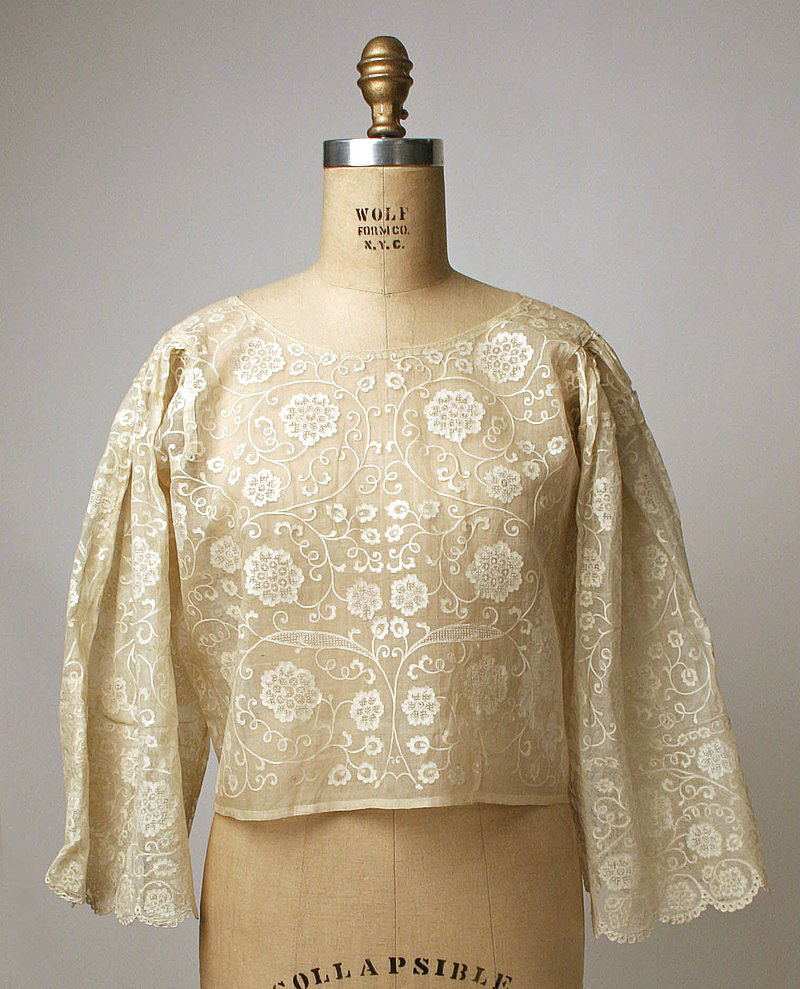 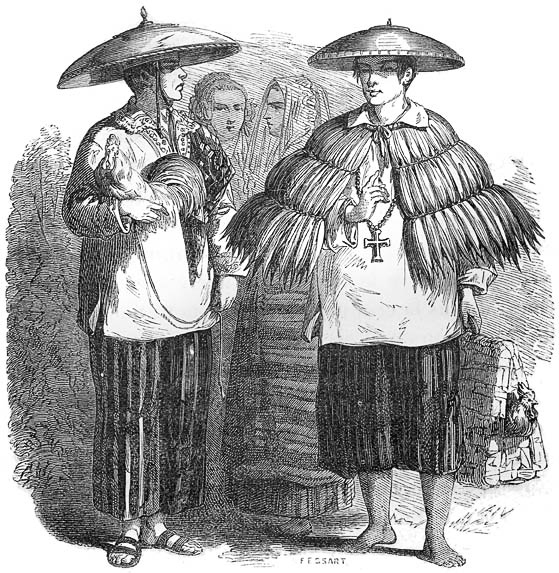 Unlike cardboard, piña is often a choice of the rich, who are the only ones who can afford it. But it is also used for special occasions such as weddings. Historically, piña was used for the handkerchiefs, petticoats and christening gowns of the European elites. Intricate embroidery was often added to it in a style called callado. Locally, it is used to make baro’t saya dresses for women and barong tagalog, a men’s collarless shirt, originally made from local abaca cloth. 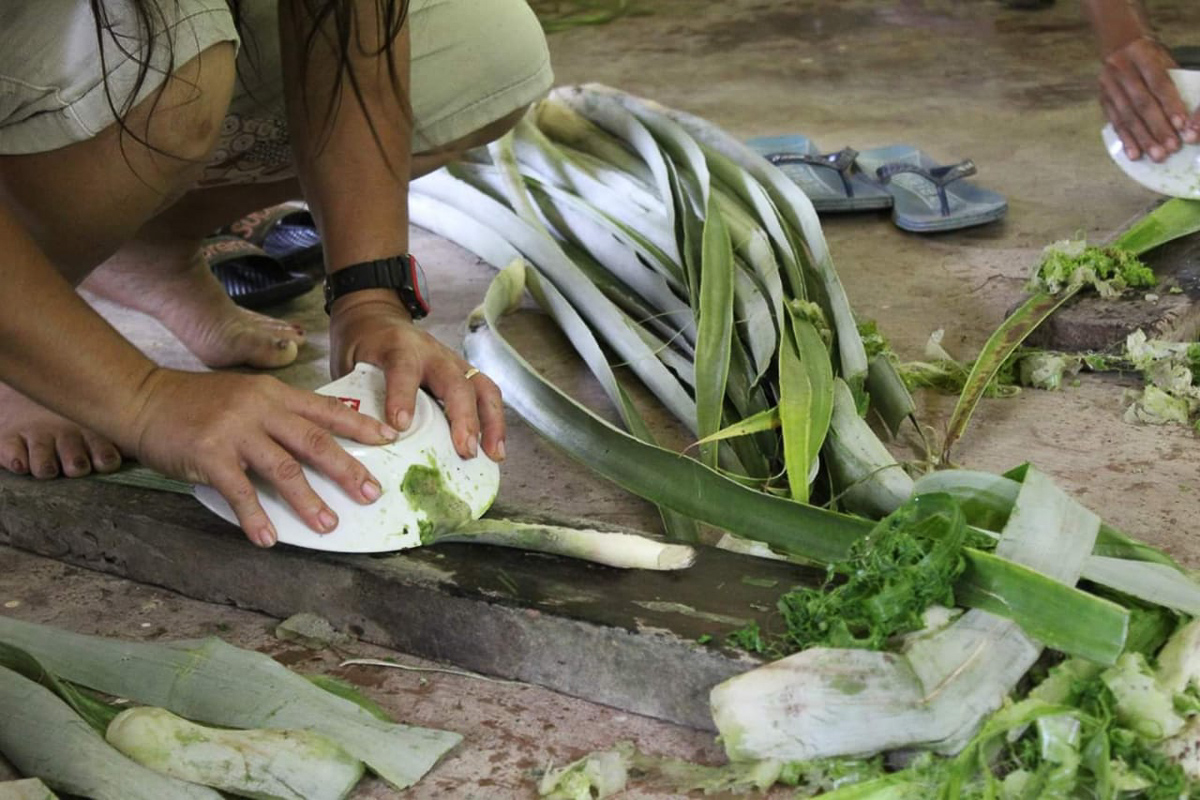 Alfredo and Isabel flew to Aklan on the northern coast of Panay island to meet the piña weavers in a workshop run by Raquel Elisario. They were struck by the labour-intensive nature of their process. Extracting the fibre involves painstakingly scraping the leaves with a broken china plate. The fragility of the fibre makes weaving slow: broken threads need constant knotting. It’s impossible to weave by machine and so production is limited to about half a metre per day. It’s estimated that the process of making 20 metres would take four months. Despite this, a complete embroidered shirt can be bought online for just $120.

After Aklan Alfredo and Isabel returned to Laguna to visit the embroiderers about 40 minutes from their studio. These artisans use a suk-suk technique that stitches directly into the weaving. The commissioning process involved a dialogue between preconceived designs and feedback from embroiderers.

Alfredo and Isabel now continue to work with craft communities. They bought land beside a blacksmith to help expand the workshop and attract some apprentices. Cheap Chinese imports have impacted those who supply local products, such as sickles. They are inviting artist friends to take a residency and work out new kinds of objects. They are also working with the “saint-makers” who carve religious icons.

“A new trajectory of our years of community-based practice and creating social spaces is a temporary installation in different places all over the world where people can come together and create something. Now we are actually helping to build permanent workshops and structures for artisans where the community can come and possibly get inspired, learn and create or simply just to stay and get connected: workshop spaces where we mostly spent a lot of our time during the lockdown investing on relationships that will endure towards the post-pandemic times.”

Meanwhile, the piña work is exhibited in the contemporary art space, Institute of Modern Art, Brisbane. Lengths of fabric contain histories of the pineapple trade across empires. The major work is a map of the world woven in pineapple fibre, drawn from a variety of imperial cartographies. This promises to the first in a series of global works made in collaboration with local village artisans.

About Alfredo and Isabel Aquilizan 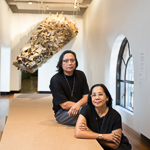 We are Alfredo and Isabel Aquilizan, partners in both art and life. We are originally from the Philippines and we immigrated to Australia in 2006 with our five kids. Our collaborative practice evolves around the idea of working with a specific community—a vital part of our art-making process. For years we have been exploring the meaning of “home” and a sense of “belonging” while travelling extensively for work, finding and defining the notion of “identity”, dealing with hardships of journey, displacement, sensing presences in absence and accumulating memory. We continue to process these issues through materials and objects that are both abstract and referential, objects that serve as metaphors of everyday human life. We facilitate projects that forge relationships through shared experiences. Our strategy of accumulating and rearranging physical objects and narratives is heightened by our collaboration with audiences to produce work that evokes communal experiences and thereby create meaning.

A gift of song: The melody of making Kediyun
Many stitches in time: the work of Annabelle Collett
DiTenun: Artificial intelligence technology for Indonesian traditional Weaving
Raci's mangrove apple: A batik message from the coast of Pasuruan to the fashion...
Polishing: An overlooked craft
Ulos through the viewfinder
Responsible crafts tourism in Kutch
Paisley stands tall again: Akhtar Ismailzadeh’s patteh embroidery