Simb, or the rise and fall of the Fake Lion in Senegal 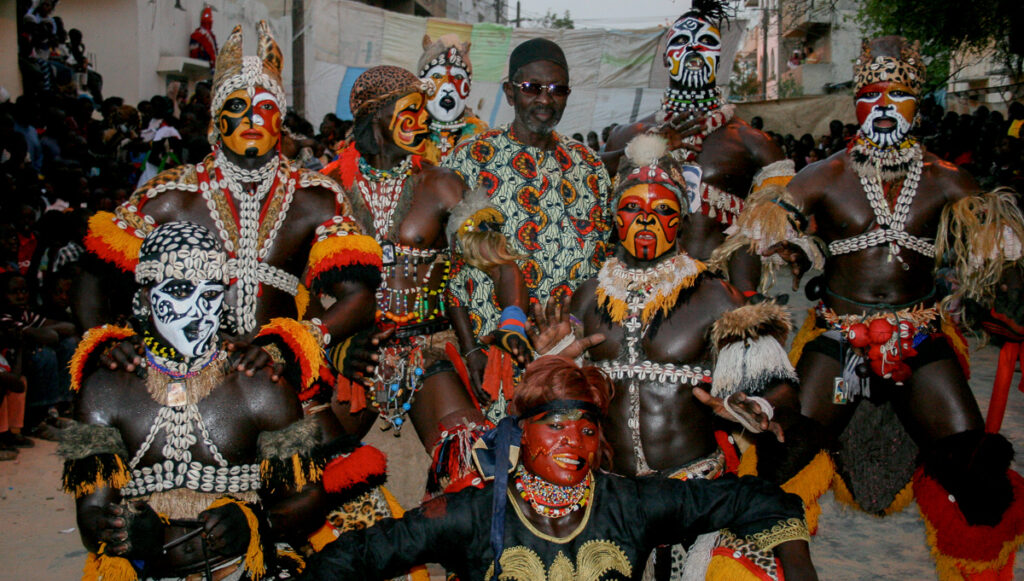 Joseph Ndione laments the demise of the man-lion street performance that once celebrated the power of nature.

Welcome to the Fake Lion show

Please close your eyes and imagine yourself walking in the streets of Dakar (capital city) or Saint-Louis (in the north) or any other Senegal’s cities streets an afternoon of a sunny public holiday admiring the architecture, joyful people, informal business of streets sellers, sheep here, goats there while enjoying some sabar (Senegal traditional drumming) drums beating and then suddenly from nowhere the whole atmosphere has completely changed, “c’est le sauve qui peut” (“Run for your life!”) all people are running chasing by men-lions and men-panthers. What would you do then?

It’s neither a nightmare nor a movie. This is real. Welcome to the Simb or Fake Lion show, an event unique of Senegal mixing mysticism, terror, traditional dance, folklore… 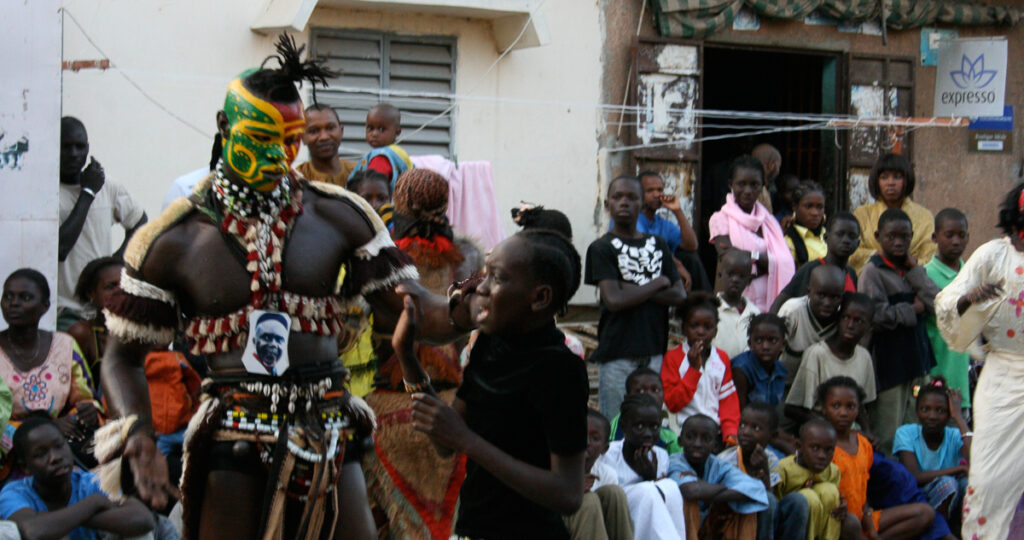 The Fake Lion show is a very popular street entertainment. Most of the time it takes place on a street or an open public space specially prepared for the event (chairs for guests and onlookers, drums, main microphone…). Since the 1940’s these events have been designed to become real street shows, codified and with tickets sales at the entrance. Spectators must buy their tickets to attend the choreographies of the fake lions. Organisers are mainly the neighbourhood female associations. The main actors, like the fake lions and their troops, traditional singers, drummers, present the show based on a paid contract with organisers. Generally, the street festivities are held on a public holiday and the show starts from the end of the afternoon to nightfall.

Before the show, men dress up as lions with make-up imitating the “wild cat”: red and black, faces with whiskers and a terrifying appearance. Their spectacular arrival in the show where organisers and spectators are already waiting in their festive clothes is announced by the sounds of tam-tam. The fake lions are roaring and hidden from the public by handmade loincloths. The whole audience sings “congratulations the lions” and claps their hands. After a few dance steps, some fake lions suddenly dart to the crowd that runs away, others look in the audience to check spectators without tickets. The victims will be requested to dance in the main circle and if they do it badly, they will be sprayed with water or mocked. The show goes on like this alternating choreographies and attacks of the fake lions and dances performed by the spectators.

At the end of the show, an audience of mainly children accompanies the return of the fake lions by singing under the sound of the tam-tam.

Birth of the man-lion 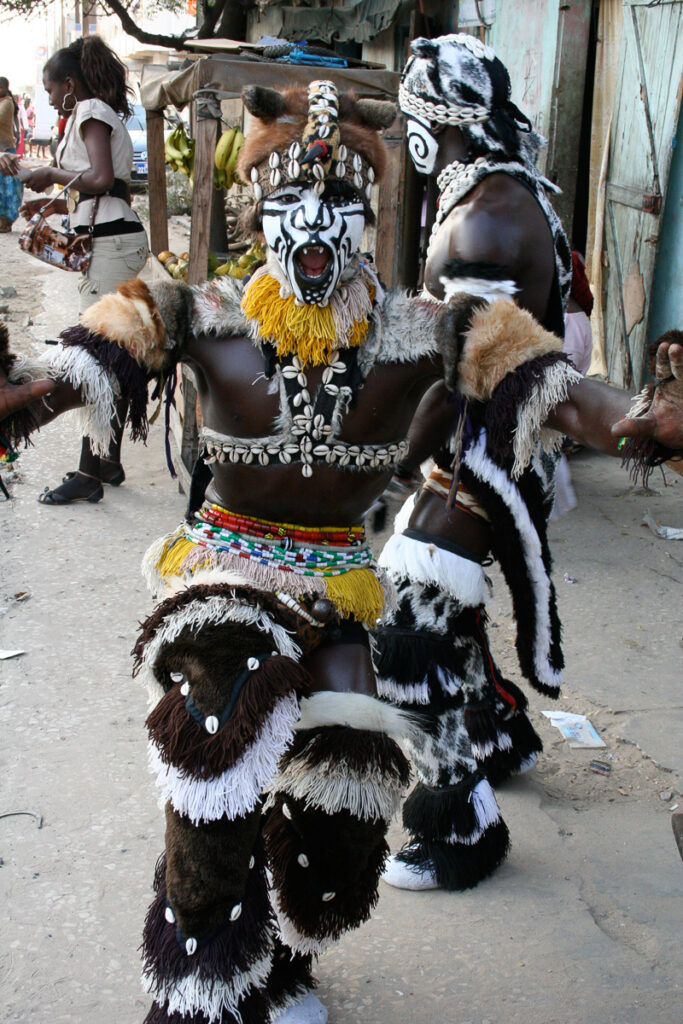 According to the oral tradition, the Fake Lion show dates back to the time when Senegal was covered with dense forests populated by wild animals such as lions, hyenas, gazelles, monkeys and jackals. The hunter who had been attacked by a lion and survived became a strange person. Shocked by this encounter, he lost his head and started roaring like a lion, eating only raw meat, and growing hair on his body. To cure him, the traditional healers then performed jaat, an epic speech to praise the Fake Lion.

The need to reinvent history 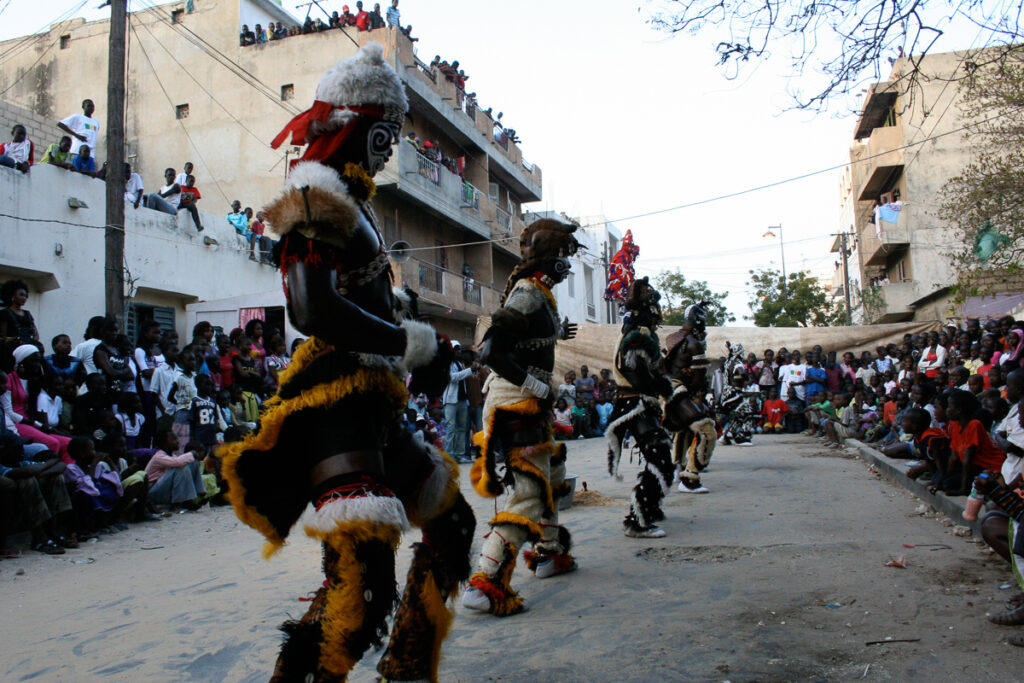 The Senegalese culture (including traditional wrestling, sabar, mbalaakh or traditional music, kankourang or traditional mask show…) is nowadays facing major challenges among others. This includes how to: (1) preserve its uniqueness; (2) harmonise traditional heritage and globalisation/technology; and (3) perpetuate the essence of its cultural treasures from generation to generation. As part of this, I tried to make you (re)visit the Fake lion’s history. This tradition is closely linked to Senegalese culture since the country’s national symbols are the Lion and the Baobab tree. 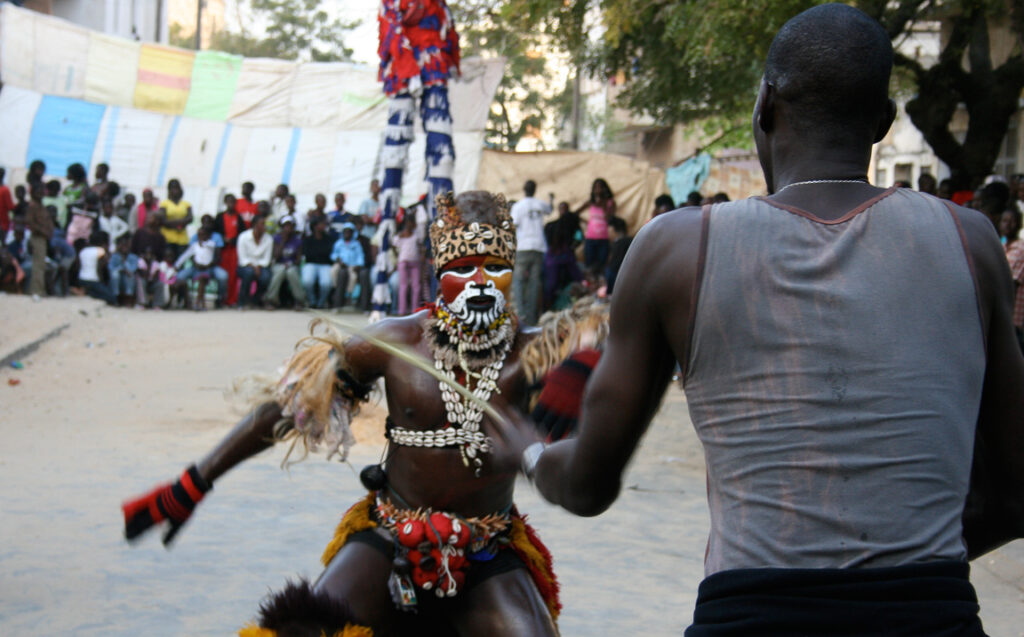 Unfortunately without strong willingness from the actors supported by the authorities in charge of culture, the Fake Lion’s show is doomed to disappear. The reasons for this include the violence which at times surrounds the event, the rapid urbanisation of Senegal’s cities, the lack of perpetuation of this practice from generation to generation and the deculturation of new generations. As a result, most of the Fake Lions became traditional wrestlers or they perform the show only during official ceremonies and cultural events to add some liveliness.

The images are copyright to Robert Sipho Faye Bellinger. 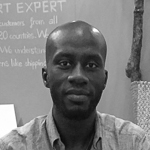 Joseph Ndione is currently lecturing Design Thinking and UX Design at the Virtual University of Senegal. He has among others diplomas an MBA from Ritsumeikan Asia Pacific University in Japan and a Master in English Language (specialization African Literature) from Dakar University. Joseph is a specialist of the OVOP Concept (One Village One Product) a Japanese oriented rural development model and has published a series of academic researches in that field.

"Things from before": Baskets in Gorongosa
The Afro-Peruvian cajón: Reclaiming a humble percussion crate as one’s own
Paula do Prado ✿ My abuela's hands
Moffat Takadiwa: The art of small things
editorial
The Eastern Cape made visible through jewellery
Nyibol Deng ✿ A recycled life
I wear letters from the past