The Kaikai of Rapanui 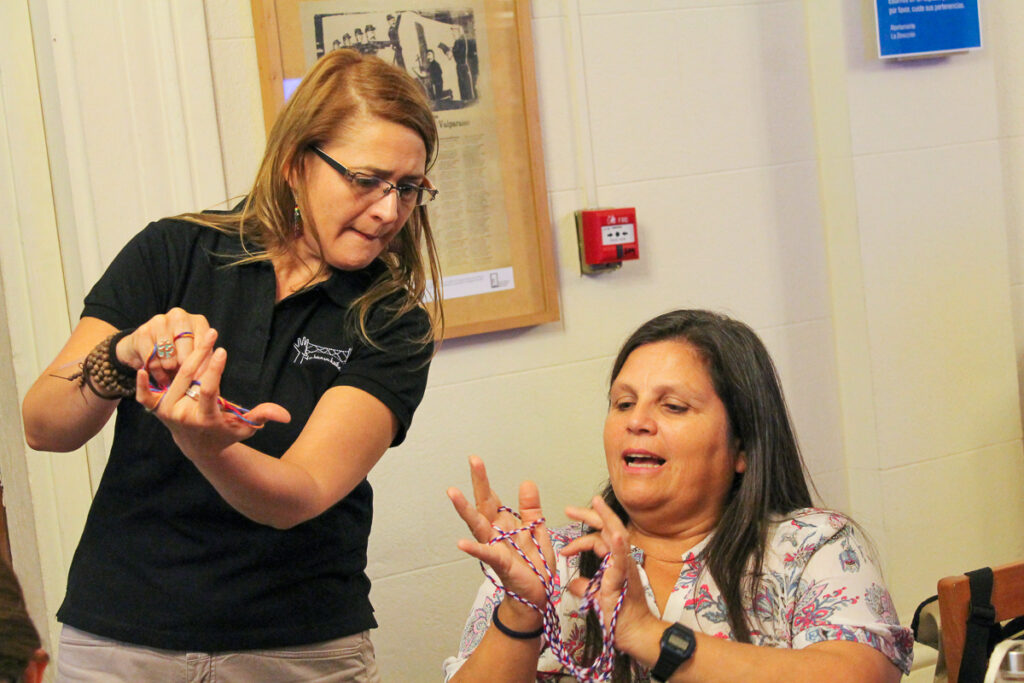 In Chile, as in the whole world and since time immemorial, its indigenous peoples have made string figures, with different purposes.

This sacred chant itself is called pa ta’u ta’u. Each figure has its own unique pa ta’u ta’u. According to Blixen, (p. 1) the name “pa ta´u ta´u” is Tahitian and of relatively recent introduction to the island. According to Campbell (p.457) the word pa ta’u ta’u corresponds to the name used in the Society Islands archipelago and that in the Marquesas Islands is called “ha nau nau”. Also characteristic is the hakahiti, the special way of performing it.

Although in Rapa Nui, Easter Island, many figures and many kaikai are made, according to information provided in the 1970s by Amelia Tepano and Santiago Pakarati to Olaf Blixen, Uruguayan ethnologist, only 24 figures can be called “traditional”. To date, we already know that of those 24, not all are traditional, because there are several that are executed in many other places in the world. But it does not detract from their merit, because these figures have their own pa ta’u ta’u which is specific to the time-space of those who make it.

The kaikai is not a game, but a way of transmitting different elements of culture. From this point of view, each kaikai contains centuries of wisdom and memorialises a specific scene, be it from everyday life, a humorous, loving scene, a tribal story or a teaching. 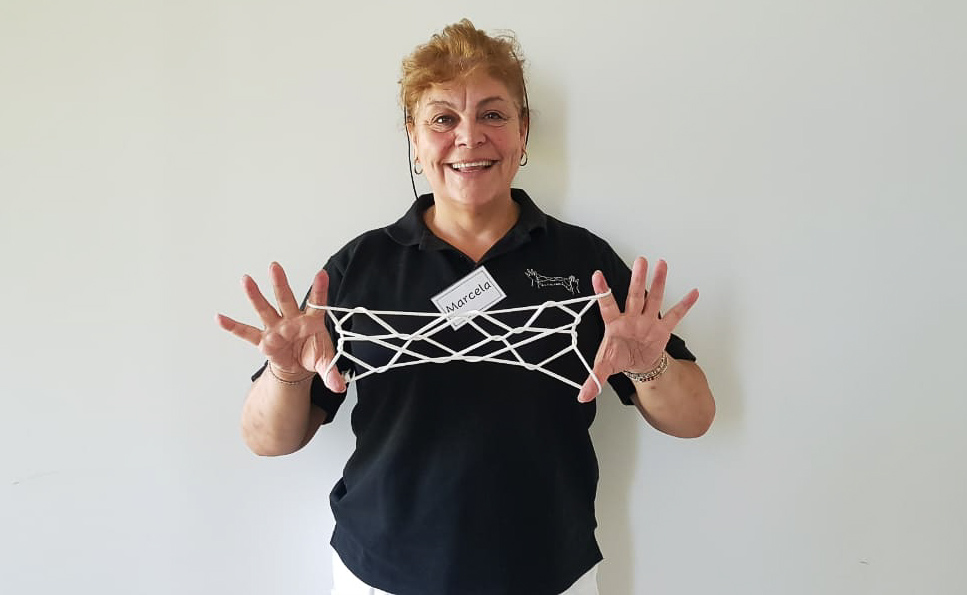 There is no evidence that indicates that, on Easter Island, the threads were cut to be used on land or tied to ships. Nor is there evidence that they were used in divinatory processes, or in funeral processes, except as reported by Pakarati and Tepano to Blixen, as recounted in the following passage: “At some point Tuki Haka-He-Vare prevented other Rapanui, who practiced ngaru, (a kind of surfing) from reaching the coast of Hanga Roa. He did it by making the kaikai “Pua te ohe-ohe” and then reciting the corresponding song. In this way he cut the wave and impeded the passage of his companions. In any case, he was discovered and stoned by them”.

In this regard, it is thought that the kaikai was used to enhance the memory ability of some children, with their preparation for reading the rongorongo tablets. This was a task that required specialised training, to perpetuate important stories and stories for the community.

Olaf Blixen gives us the discovery related to the way of making the figures in Rapa Nui – Easter Island, “which contains fixed and characteristic elements” that may be due either to a gradual impoverishment in the execution or on the contrary, to hyperspecialization and to make different figures by moving only one rope. This sequence can be called, according to Blixen, with all property “Easter sequence”.

Hey Kuha, hey Rati, powerful and ridiculous birds
firm you are and have been our spirit
Mine and my brother’s, towards Hiva, by Vake Vake 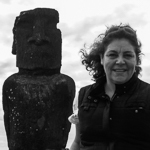 I am a teacher of initial education, with a postgraduate degree in psychopedagogy and a Master’s degree in Research and Education. I have always thought that the responsibility of humanity is in our hands. I do Neuroscience classes applied to the classroom future teachers …. and that’s where my first book is born, which I attach the link.  As I also have a diploma in Traditional Culture, (Dances and Music). I am part of the Organising Committee of the International Festival of String Figures, Around the World in 80 Threads (La vuelta al mundo en 80 hilos). You can follow her at @figurasdehilodechileyelmundo.

The Earth and its elements: Wood, fire, earth metal and water
New Kashpij: Sailing spirits in deep time from the end of the world
Paola Moreno ✿ Rhythms of Chile
"I treat her like a queen": Chilean embroidery with attitude
Quarterly Essay: Remembering the string figures of Yirrkala✿
Cantarino: Reanimating the whistling bottles of the Andes
Australia Phoenix: A Cosmology
Chilean horsehair jewellery across the Pacific