For Keka Ruiz-Tagle, ceramics channels the spirits of her Inca ancestors

Kamaquen is the name given by the inhabitants of the Andes to the transforming energy that gives life and makes possible the procreation of the species. This élan vital animates all living beings, even those that the Western man calls inert.

In the pre-hispanic Andean world, the presence of the forefathers made sense of the landscape and facilitated people’s understanding of it. It was also assumed that the present is an expression of the past. This Andean world view allowed for a profound relationship between man and the ancestral and sacred forces of nature.

In Quechua the word apu means “lord” and it is used to name the spirits that inhabit the mountains. Since time immemorial, these spirits have been the basis of cosmologies and mythologies governing life; creating sacred spaces that converge, offering permanent protection and they were, also, the ancients gods of rain, providing water for the valleys and determining the success of their crops by their inseminating power.  Lords of their domains, of things and animals, they watch over and take care of their inhabitants, mankind included.

It is in these mountains that the games of memory take place. These are spaces for the reconstruction of Andean memory. Through them, cultural spaces are disseminated and re-utilised by each new generation of shepherds. They build the paths of memory and in doing so bring the distant past of the forefathers to the present. This disrupts the time/space dimension of human life and at the same time articulates the rites of the sacred space, whose boundaries were established using a radial system whereby 41 imaginary visual lines identified the spaces of transit between the worlds of above and below.  In the face of those apus, I propose to perform these memory exercises in order to find the paths and identify our sacred spaces, keeping them between imaginary lines and once again invoke the Kamaquen, for behind our actions, under our skins, we are our own ancestors.

There is no rock that is not a memory of ourselves; there is no wheat we have not sown. 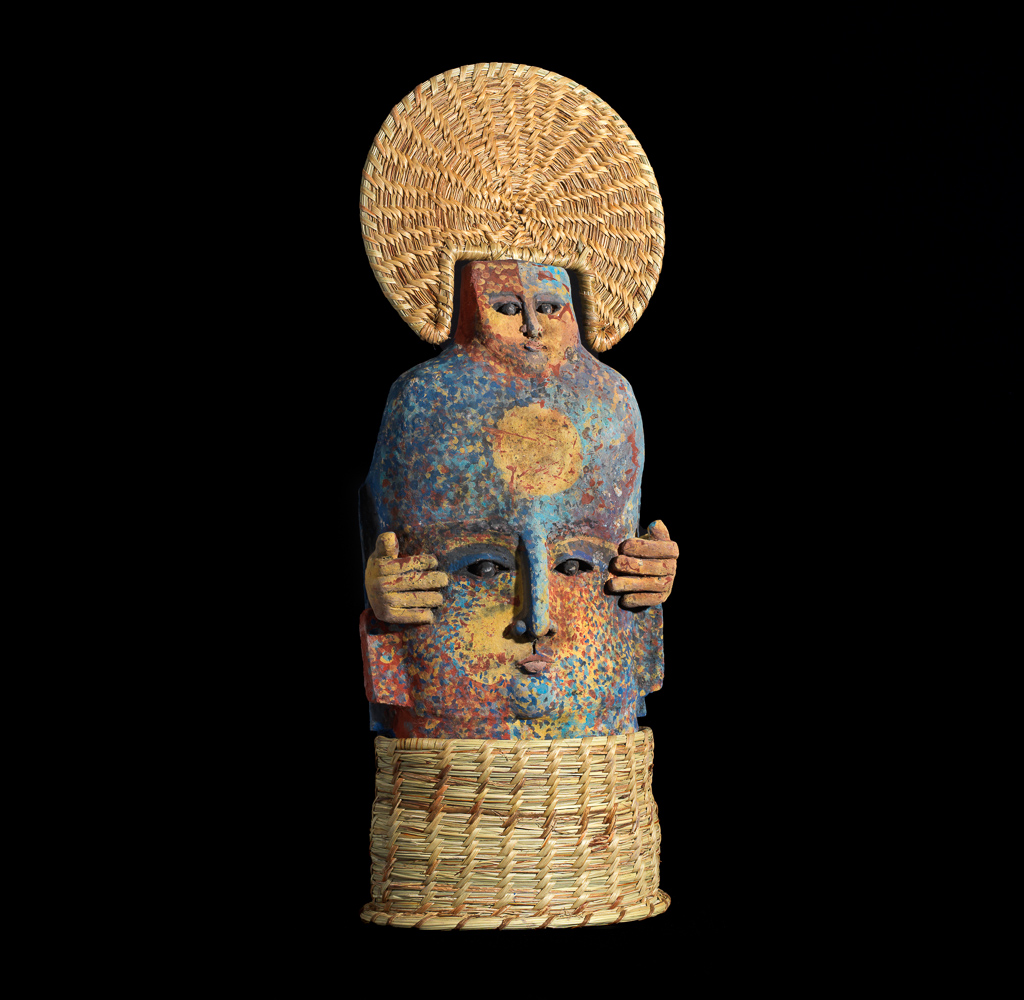 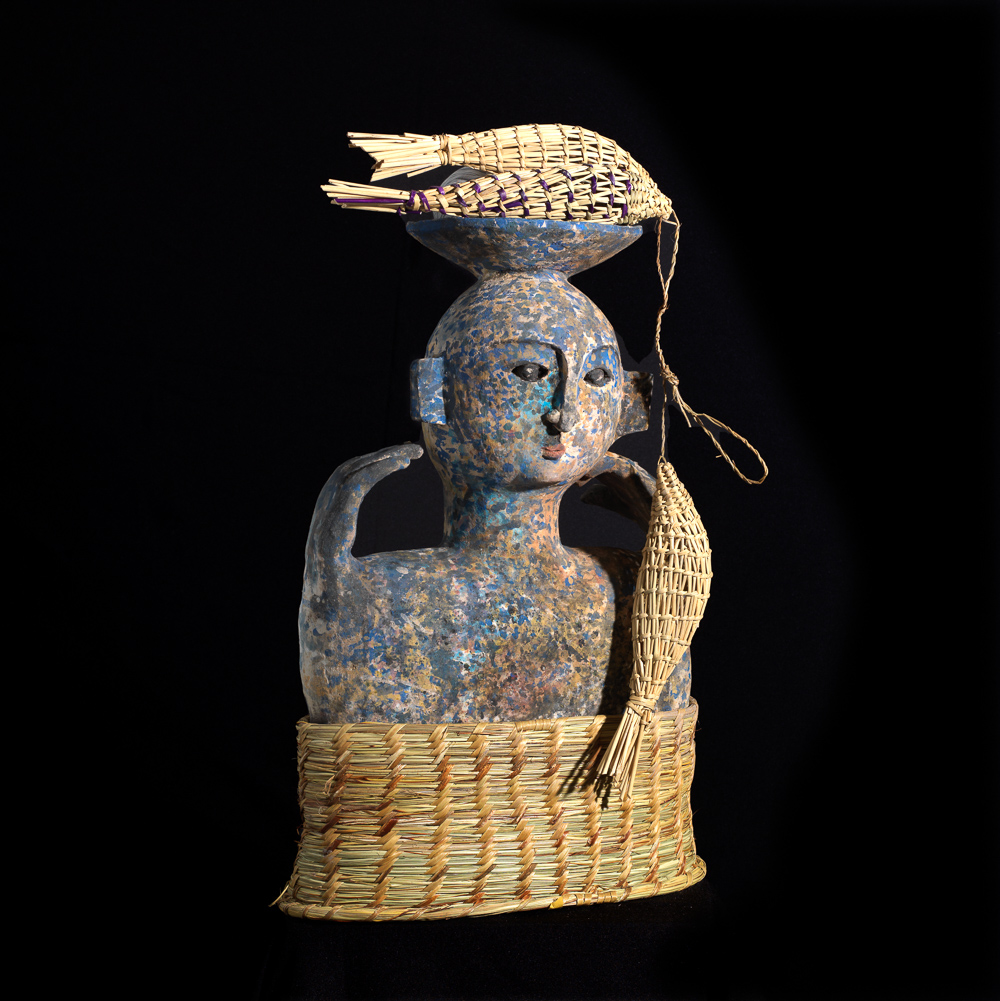 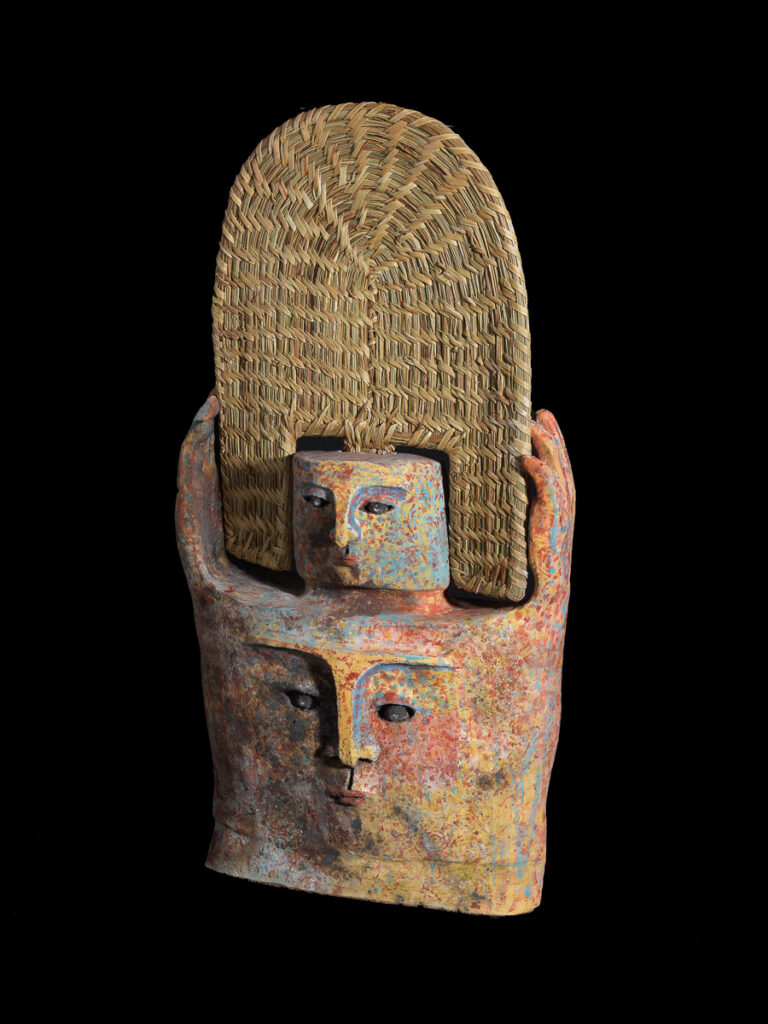 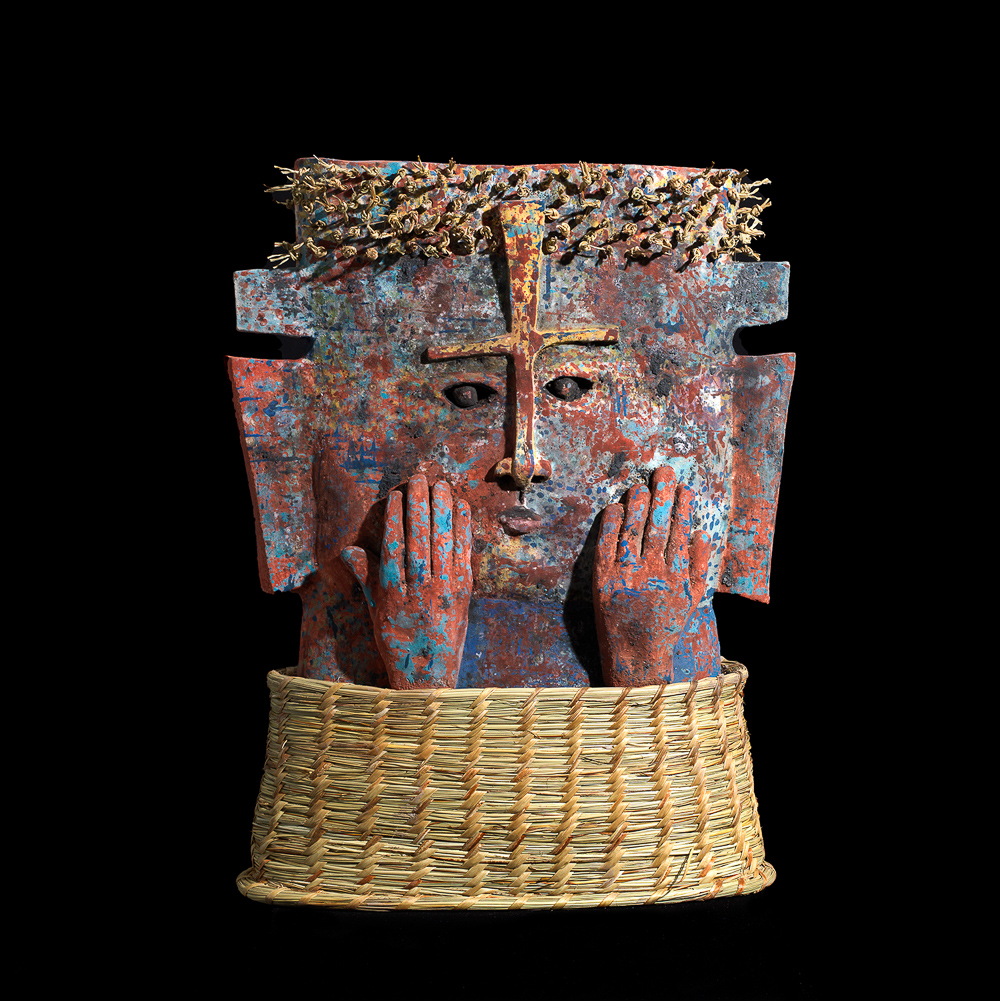 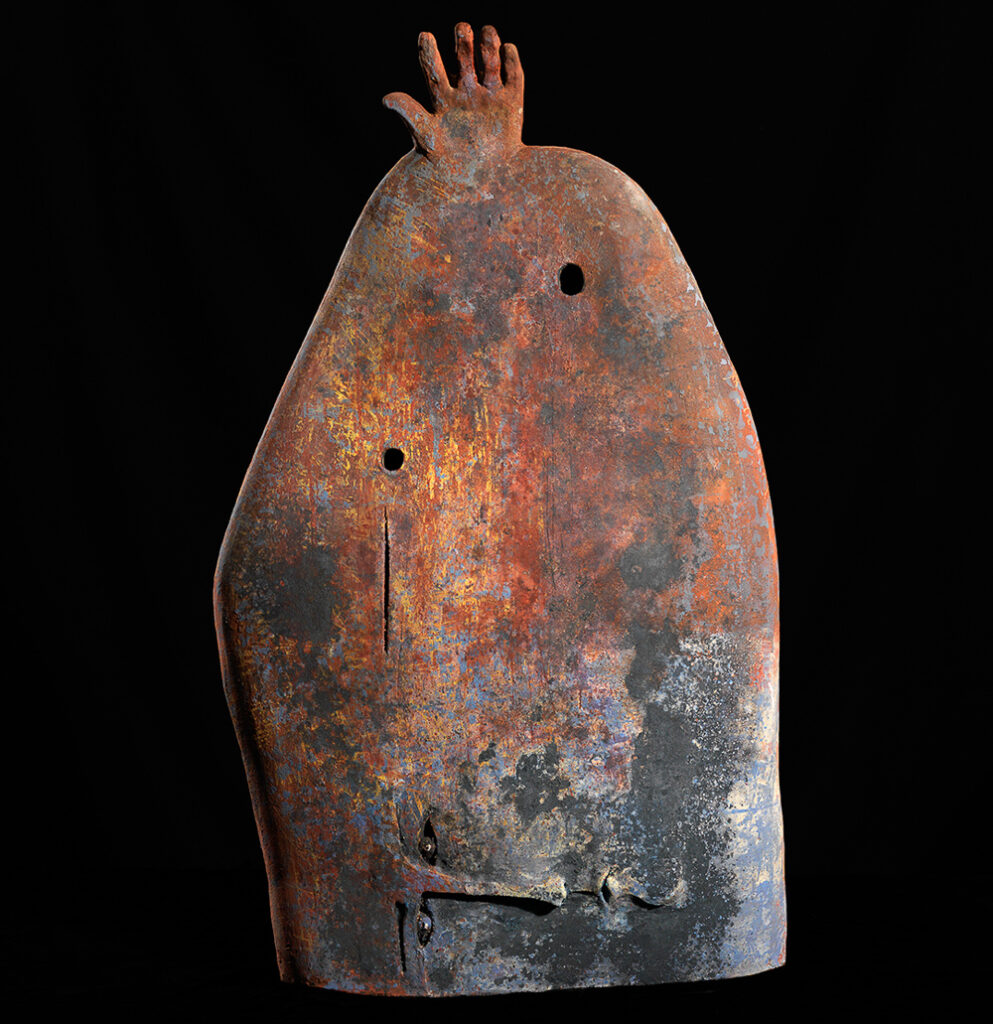 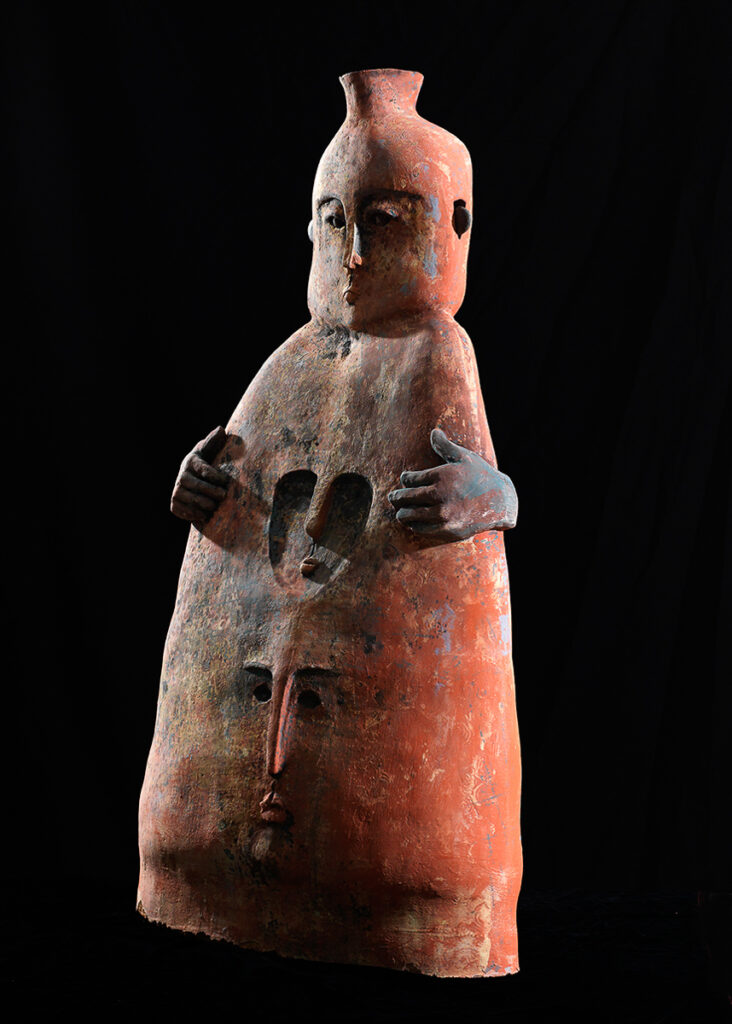 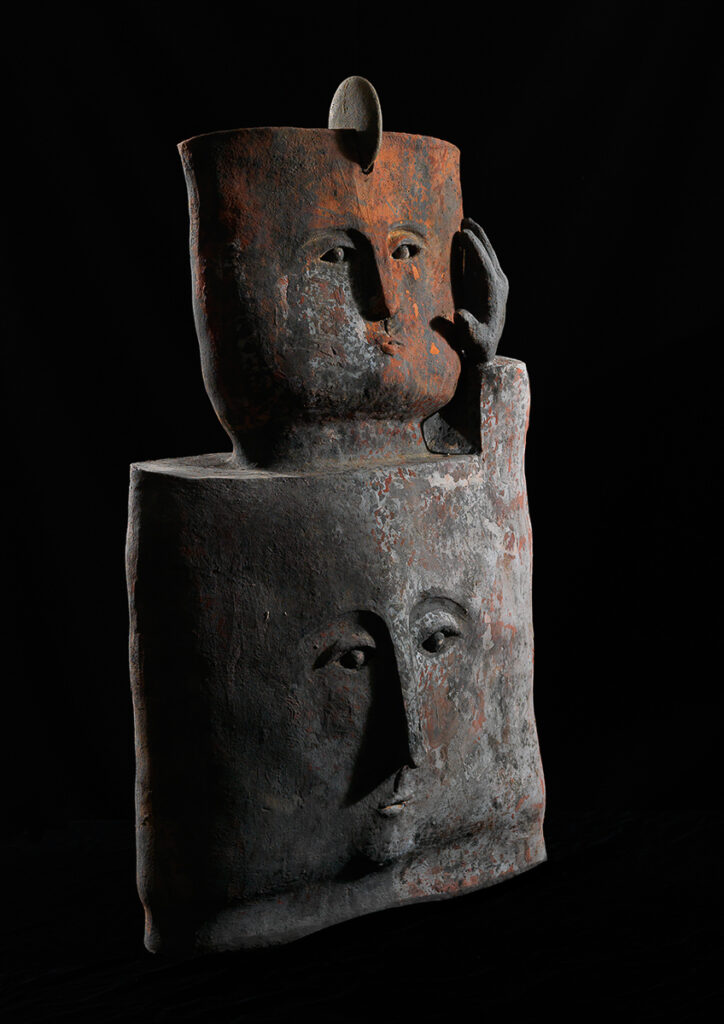 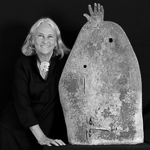 On my father’s side, my fourteenth great grandmother was Barbola la Coya Yupanqui, niece of the Peruvian Inca leader Tupac. On my mother’s side, my twelfth great grandmother was La Cacica Elvira de Talagante, who was the grandchild of Inca Tala Canta Ilabe (Cacica means the main authority of the region. Both Inca forebears married Spanish colonists.

I chose ceramics as the proper means to touch feelings. Clay imposes on me a slow rhythm along a long road. That unavoidably slow course opens a space for reflections

My learning was the same. I began at Huara Huara workshop, a well-known ceramics workshop at Santiago. After doing Akio Takamori workshop there, I realised that I had to develop my own language. So I left to research on my own, starting a lonely period where I found my colours and my soul.

Currently, I live between my family house in Santiago and LLolleo, near the sea, that belongs to my mother which I have cared for since my father died. Both places have wood kilns where I can fire my work.

There are two reasons for me to be interested in Kamaquen. First, I was concerned all my life about our roots and my own original Andean ancestors, reading and researching. And second because of proximity and respect for mother nature, with whom I was lucky enough to be born and continue to nurture. I like to understand the spirit and be part of it. 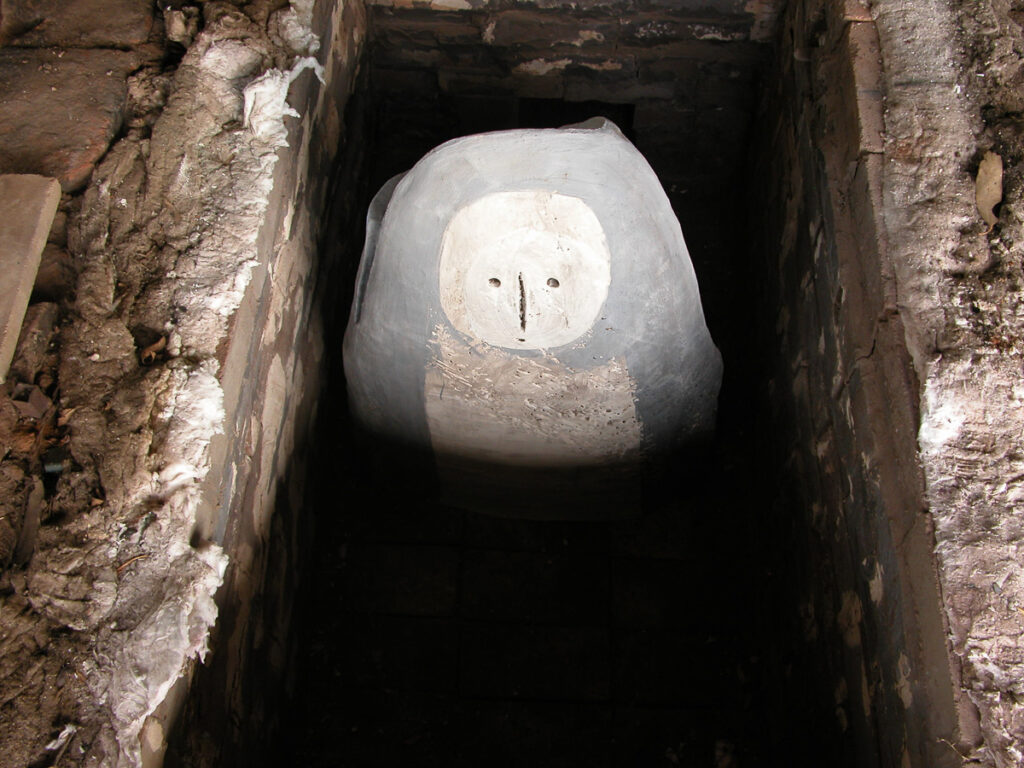 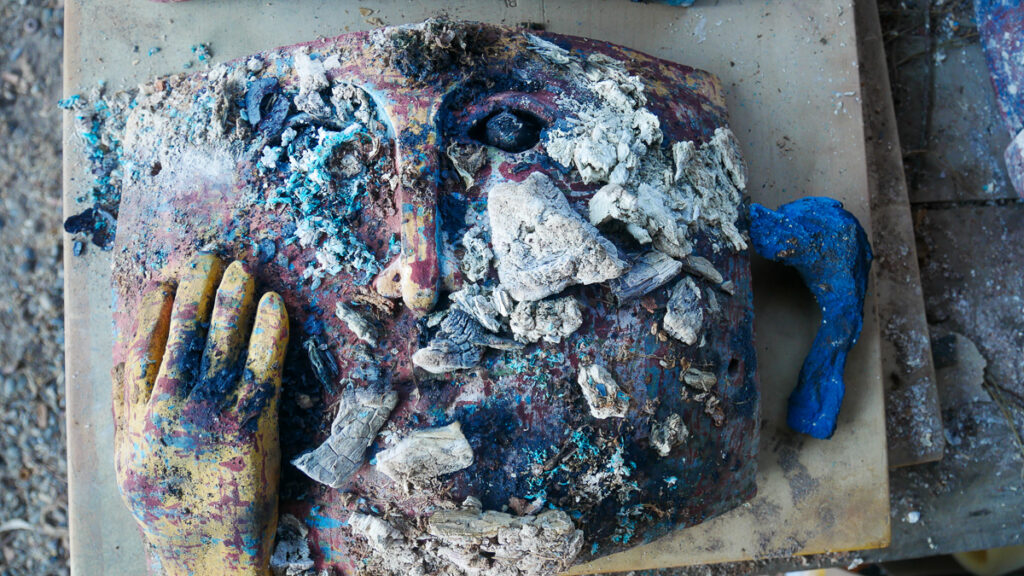