The Red Dress in Chiapas 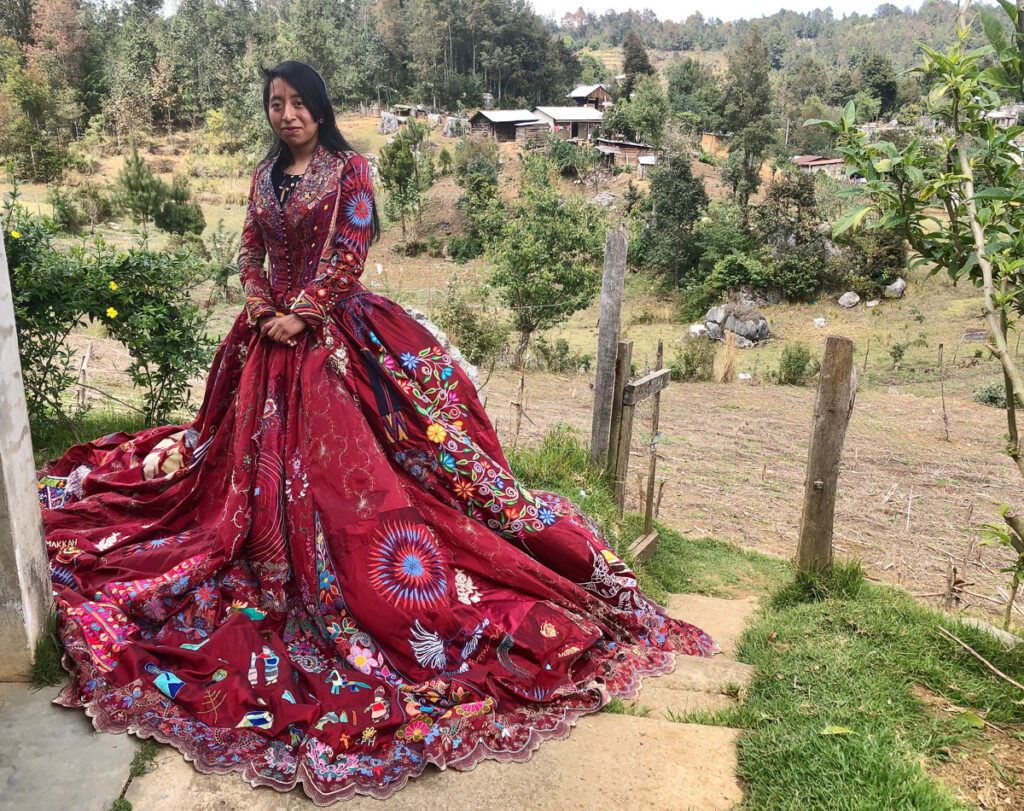 Hilaria in the Red Dress 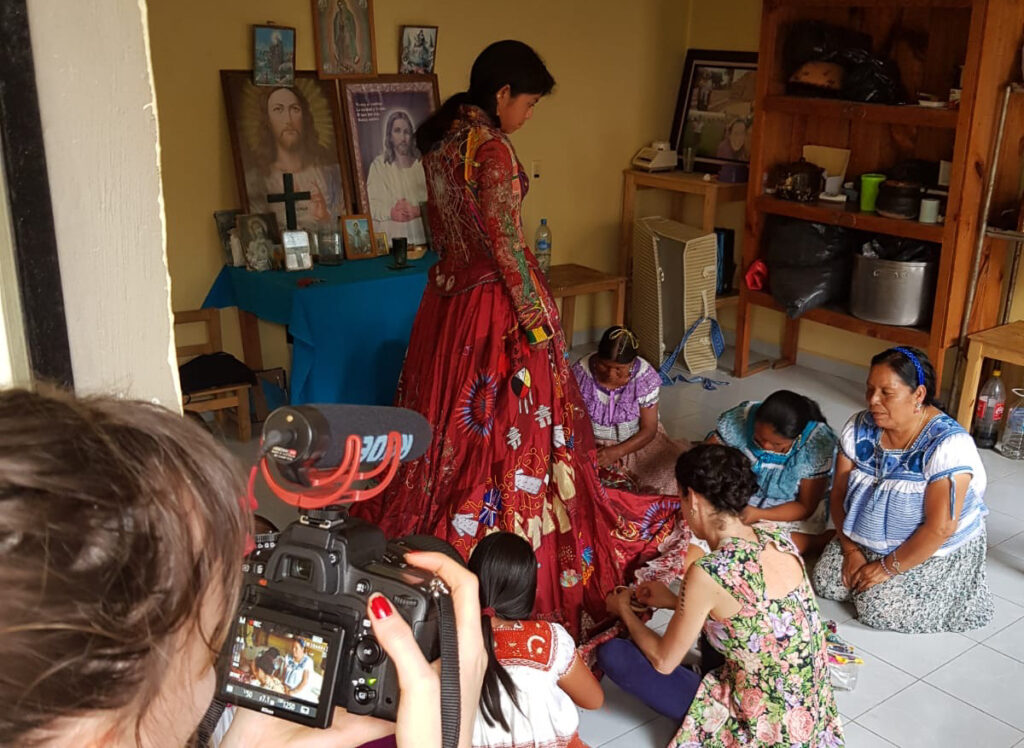 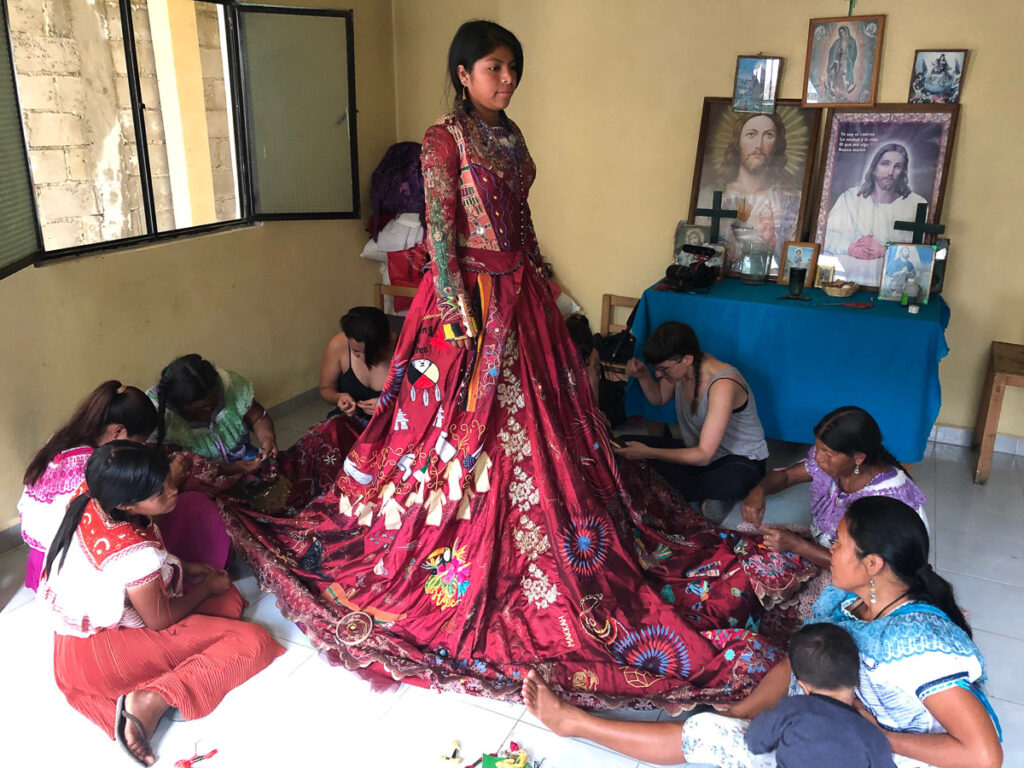 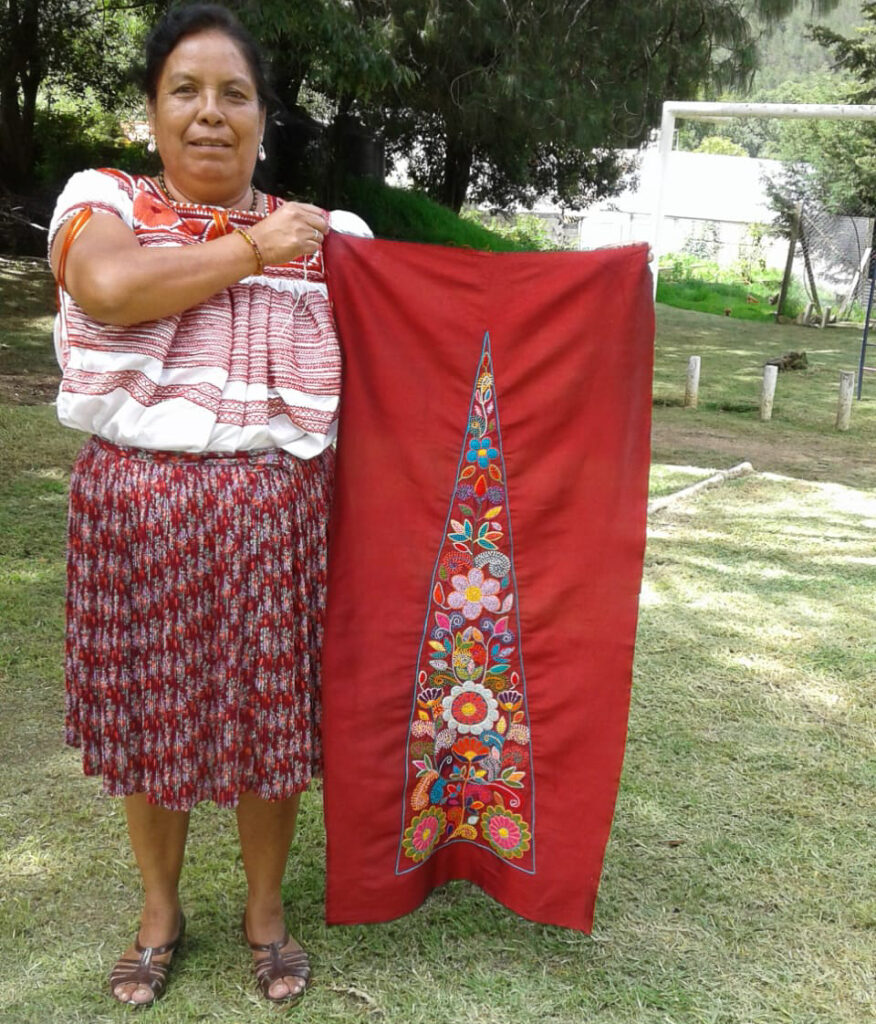 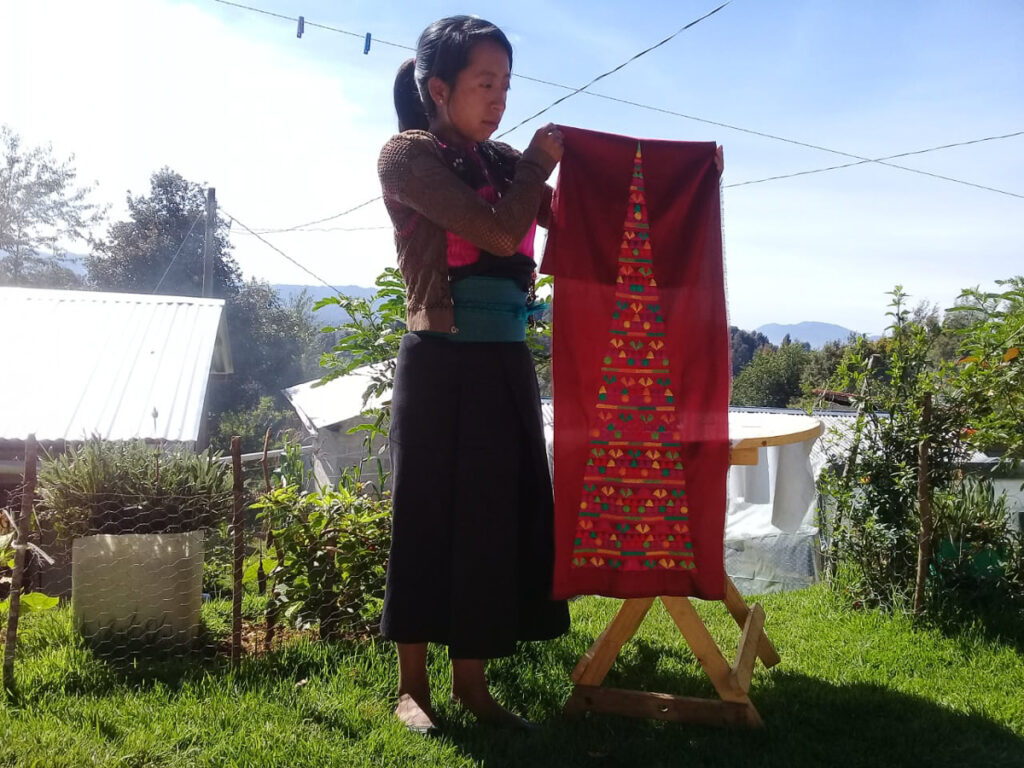 Kirstie Macleod shares a particular moment in the journey of the Red Dress, which was embroidered and then proudly worn by women in southern Mexico.

As well as a technical challenge, the dress provided a platform for telling personal stories. It has already been exhibited in many metropolitan galleries. The aim is to exhibit it with the work of participating embroiderers in their own countries. A documentary film on the project will be released in early 2022.

We follow one particular chapter involving embroiderers from Chiapas, Mexico.

✿ What gave you the idea of the Red Dress project?

I was commissioned to create a piece of work for Art Dubai 2009, and given a budget from the British Council, which was very exciting! I have a fascination with different cultures (having grown up in various far-flung countries all over the world) and had a desire to create a piece of work that would unite and bring together as many different identities as possible—without borders and prejudice—to create a platform in which women can express, feel empowered and be heard. Using a dress seemed appropriate as it is such a potent symbol of femininity

✿ How did you choose the community in Chiapas and those artisans?

I have a step-cousin, Charlotte, who lives in Mexico who knew about the project and that I was looking to connect with artisans within the country. She stumbled across an article written about Kitzen, and the work they were doing within various areas of Mexico to support women through the creation of embroidery. This was through providing an opportunity to earn an income, but also through empowering workshops, community happenings and events.

I contacted them, and once we’d got help with translation (from my cousin’s husband) they agreed to get involved. From images of different embroidery styles they sent (from the different areas they work in) I chose the styles from Chiapas. They suggested commissioning two artisans, and nominated Hilaria Lopez Patishan (17 at the time) and Zenaida Aguilaran— experienced embroiderer who also acts as quality control for Kitzen, as well as being an inspiring mentor to many of the younger women in the area.

✿ What were the patterns used and why were they chosen?

My brief to all the artisans is very loose: to create an image that articulates an element of their own identity, in whatever form that takes, and to also reference in some way the traditional stitching associated with their own culture. All the artisans also use their own threads, which gives a huge amount of variety and texture to the overall dress.

Both Hiliara and Zenaida designed their own pieces on every level. Both chose very traditional stitches and techniques associated with the village/towns from which they’re from, and likely passed down through many generations. Zenaida’s panel is created in French knots and depicts meticulously crafted flora and fauna specific to Chiapas. Zenaida’s is very geometric, rows and rows of shapes building up a beautiful pattern of colour.

Vanessa Aguilar Juarez, said (via a translator) that in wearing the dress she … “felt like a Queen, and that she was connected to all the other women around the world who had helped to make it.”

✿ What was the arrangement for the women? How are they involved in the project as a whole?

Kitzen managed all aspects of the commission. I sent the fabric to them (via my cousin), the embroidery was completed very quickly (within a week!) and was then sent back to me (via a friend of my cousin, so we didn’t need to risk the postal service) and the full payment was transferred to Kitzen to distribute to Hilaria & Zenaida. Up to this point I hadn’t had any contact with either artisan directly which was sad.

However, in 2020 I got to meet them and their families in their own homes in Chiapas through a crowd-funded trip with filmmakers Black Bark Films. I brought the Red Dress to show them ahead of exhibiting the garment at the Museo Des Artes Popular in Mexico City.

✿ Do you remember any particular moment that revealed something new for you in that collaboration?

Whilst we were staying with Zenaida in Aguacatenango, we held an impromptu embroidery happening and many of her own students came to see the Red Dress and embroider directly onto it. Two different ladies wore the dress over the course of the afternoon. One of them, Vanessa Aguilar Juarez, said (via a translator) that in wearing the dress she …” felt like a Queen, and that she was connected to all the other women around the world who had helped to make it”…. Her comment hit me very hard, in a beautiful way. It was at that moment I understood what the Red Dress had become, and had the potential to be moving forward. 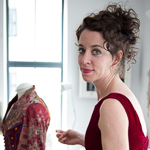 I am an artist (and always have been since I was 4 years old!), alongside being a Kundalini yogi/teacher and mother to two young boys based in Somerset, UK. I work with textiles and have a particular fascination for embroidery and its diversity and potential as a means of communication (or subversion), its history and practice throughout the world both as an art form and in daily life, and the repetitive, meditative and healing effects experienced through its creation. As well as teaching yoga (and playing my Symphonic gong) I am currently planning a year-long outreach project with the Red Dress in the UK (before it heads off for 2.5 years on an overseas tour) – where as well as exhibiting the garment in various museums/galleries I will be taking it to groups of vulnerable and marginalised communities, and offering them an opportunity to embroider directly onto the dress – thus becoming part if its story. Visit reddressembroidery.com/

Tonantsintlalli: Our Mother Earth
Tecuil Alessia: Preserving the heart of the prehispanic kitchen
Who is the author? Oaxacan wood carvers in global economies of ethnic art
A glass bridge across the Pacific
The Bung Yarnda Observatorium
Labrar memorias: La faja del señor de lázaro en Oaxaca
Re-Threading the tapestry of an arid topography: A return to Kutch with Maggie B...
Thanks giving in Australia: Eva Heiky Olga Abbinga's Rajah Quilt