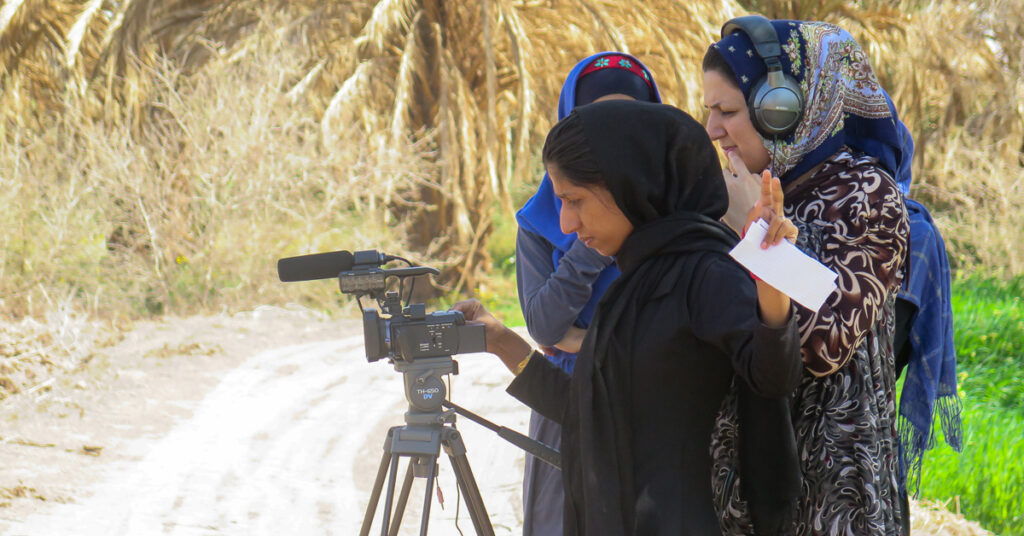 Nina Aminzadeh Goharrizi heralds an inspiring project from the Takab district of Kerman province, Iran, in which local women take tradition into their own hands.

The current report is a narration of a project “Empowering Local community to achieve sustainable livelihoods through collaborative and equitable management of water resources (Qanat)” which has been done in Takab district of Kerman province for five years.

This is a story of women who established Gojino CBO (a community-based organization) to produce handicrafts and make a fairer direct sale for their products. These women strive to improve not only the livelihood of their community and empower its economic potential but also increase women’s decision-making role in their community. For the first time in Iran, they were able to make an impact on the customary system of Qanats’ management.

Gojdino, which in local language refers to the main tissue in mat weaving, is now also the name of a CBO run by six women of Shafiabad Village. The organisation was founded to depict the real role of women in the area to the whole Takab local community. To reach their goal, the six members first decided to define a participatory activity in order to improve the economic power of women and also to picture their effective role in the economy of the community. 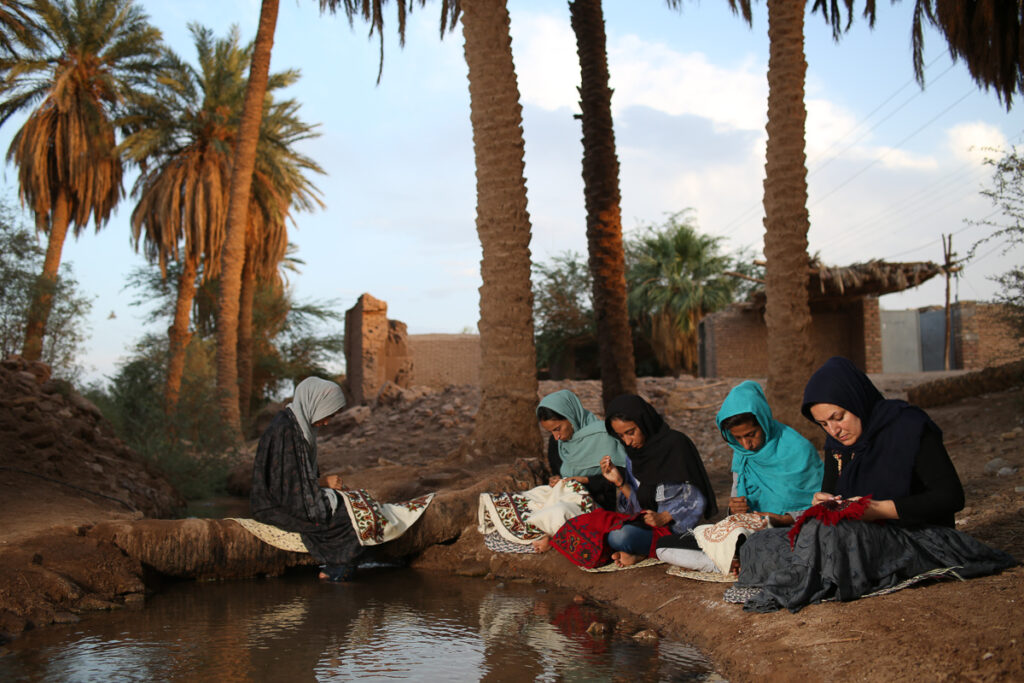 Pate is one of the oldest and also the most valuable needlework crafts of Iran and it’s also one of the most prominent handicrafts of Takab area. However, due to the existence of several issues, the distance to town, the expansion of poverty in the area and moreover the limited access of women to production resources, handicraft middle-men purchase Pate from women for a remarkably low price in an unfavourable condition. Therefore in order to reach their goals, women of Gojino CBO decided to eliminate the role of middlemen who had been a big obstacle for a long time and bring their own products to the major markets all directly. They tried for more than a year and amazingly they eventually could sell their precious products directly to tourists visiting their area and also to different buyers in different cities of Iran.

Gojino members believed that poverty, addiction and family conflicts were obstacles in the way of active and meaningful participation in the life of Takab. Due to solving that problem, they thought the best way was that a group within their community with the same economic and social condition should stand up and demonstrate the benefits of participatory action for them. To that end, the Gojino group of six took advantage of the participatory video method in which a group or community create their own film in order to solve the problems. 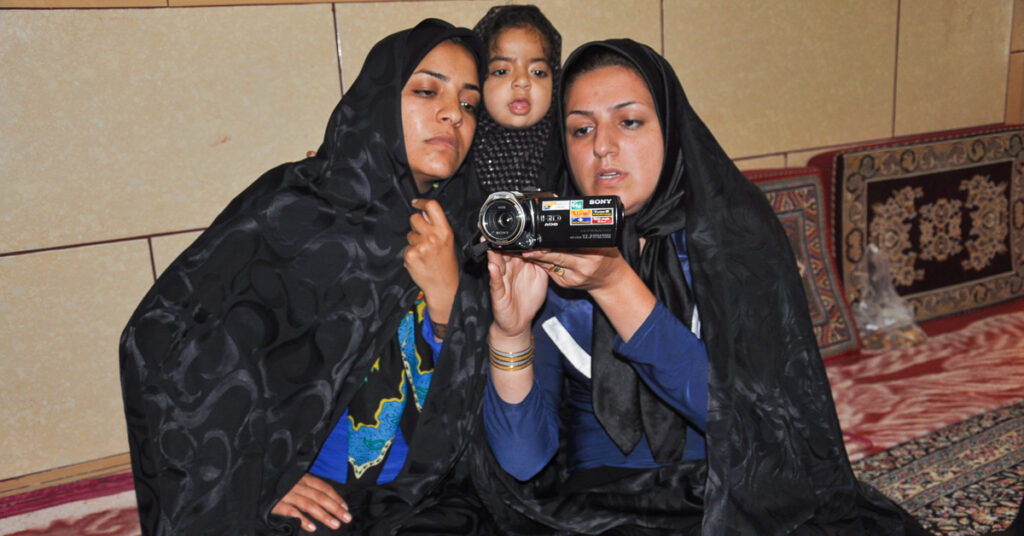 In this way, Gojino members videotaped all their activities (since the start of the group to achieve success) and then they presented it in Shafiabad village mosque. This action not only improved the interaction and conversations among the residents of the area but also resulted in other women joining the organisation which informing them about the true value of their art and the benefits of participatory activities.

As the number of members of the organisation rose and the Gojino group became financially more powerful, the women decided to take another step in terms of common benefits and dedicated fifteen per cent of their income to reviving and dredging the Qanats of the area on which the life of the villages was highly dependent. Qanat is the safest and the most sustainable option in the exploitation of underground water tables. It is a system containing several wellbores and an underground corridor that with a rather gentler slope than on the ground collects the underground water of the highlands. It uses the force of gravity with no additional energy use to deliver the water to the croplands. 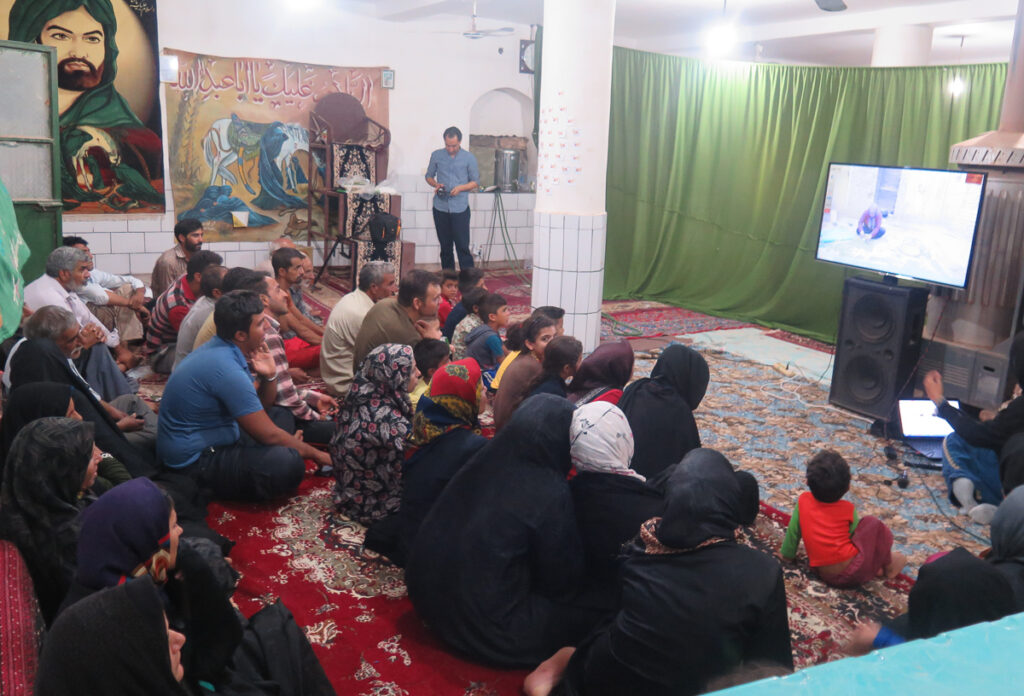 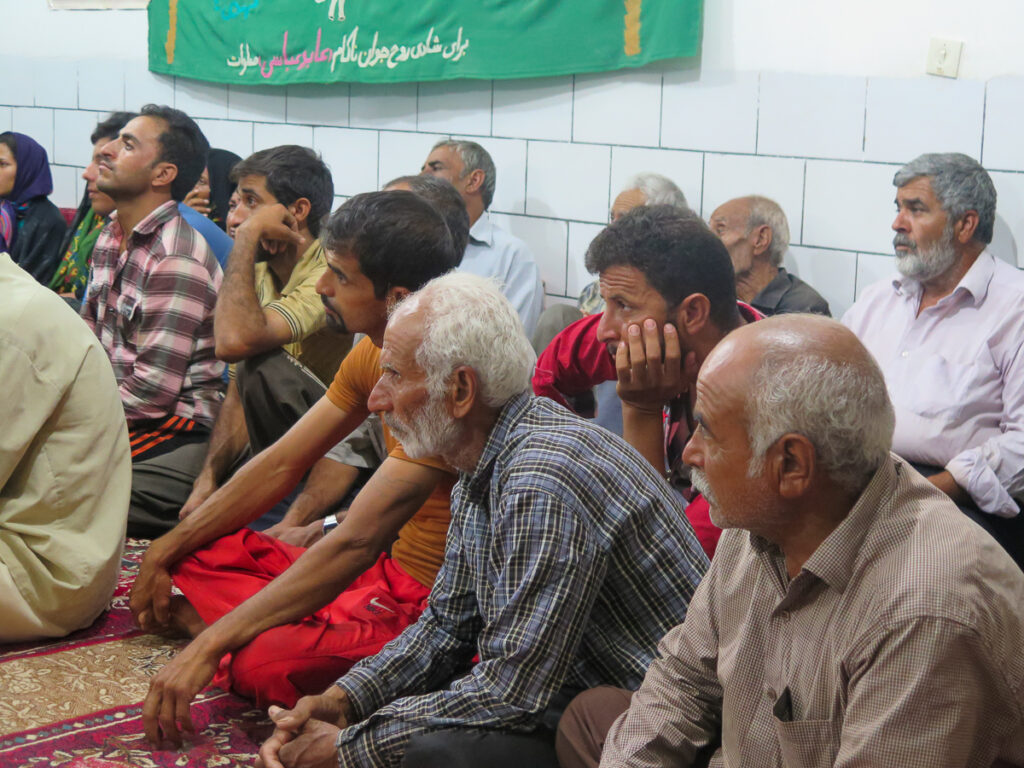 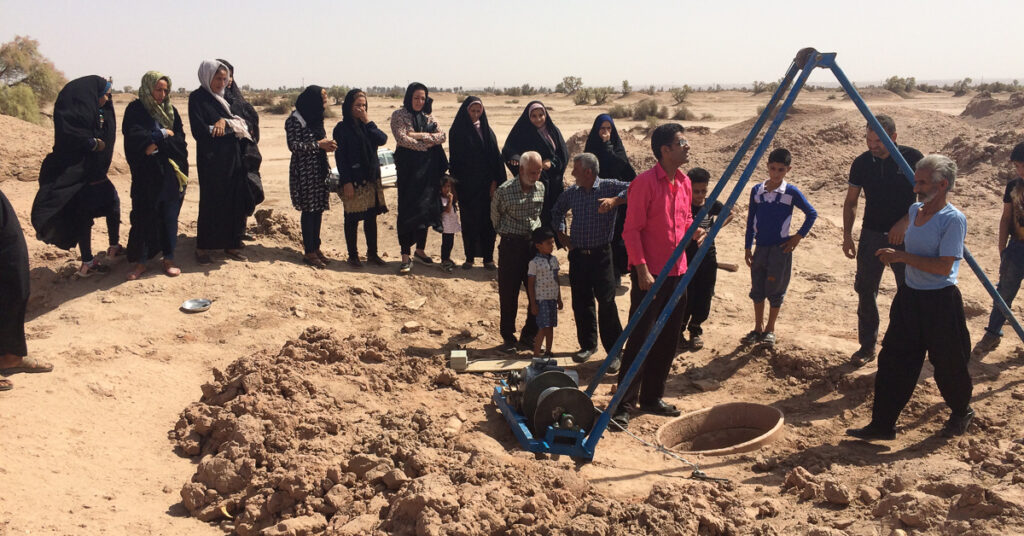 It should be noted that the customary management system of Qanat in Iran and also in Takab area has always had a patriarchal identity and women play no role in the process of decision making around this vital system.

The most important reasons for choosing Qanat were:

Although Gojino CBO faced many serious oppositions from parts of the community for more than two years, they finally made shareholders agree to let women engage in their meetings. The recognition of women’s role in the customary Qanat management system and their active participation in the water shareholder’s meeting not only brought diversity and creativity of the ideas on how to restore and dredge the Qanats, but also raised the motivation and attachment of the community to the subject. More women decided to join the group to support the Qanats and uphold women’s rights. Meanwhile, some of the men also joined the group as volunteers to help women in their activities.

Gojino Currently has more than 100 active members from different villages of Takab area and it has had numerous remarkable achievements of which some of the most important ones are:

Today, towards empowerment and capacity building for women, seven members of the Gojino group participated in various workshops as local facilitators for the participatory methods. They also discovered new patterns of local participation through their experience in the past five years and managed to improve their activities in various subjects and sensitise other villages about their group, their assets and their targets. 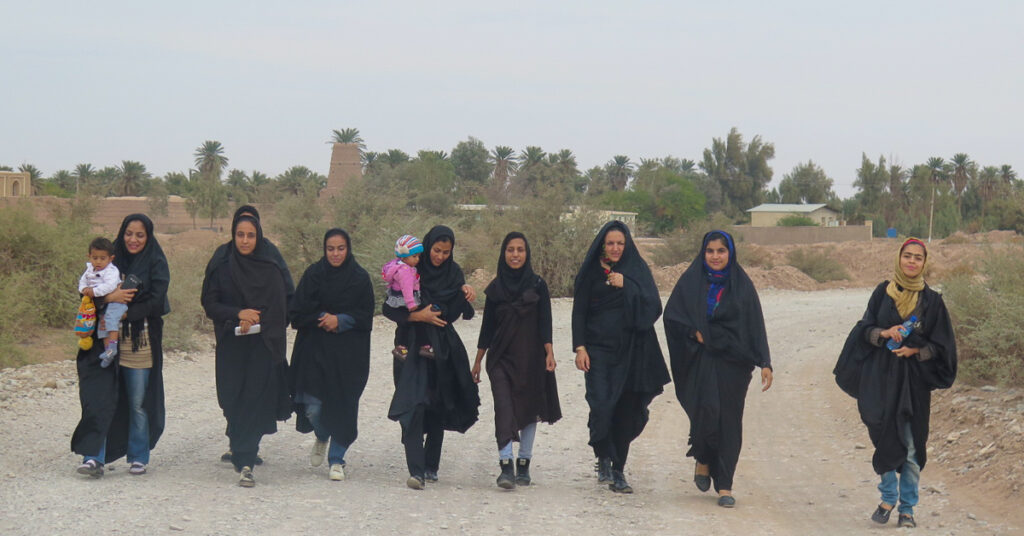 Women of Gojino have tried hard for many years to achieve the true status they deserved in their community and gain fair access to resources as well as reaching a sustainable livelihood.

Relying on their own assets, the women could successfully reach their goals besides preserving Pate & Qanat as two main cultural heritage of Iran. They proved the real value of their heritage to Iranian people and also their local community.

Nina Aminzadeh Goharrizi is a facilitator and project manager in a community-based water management system and sustainable livelihood of LCs and IPs in their territories of life. Nina was elected as Honoree of the National Conference of Women Entrepreneur, 2015 and The National selected person in the fourth commemoration of the national water day, 2019 For the Gojino project, contact nina.aminzadeh.85@gmail.com.