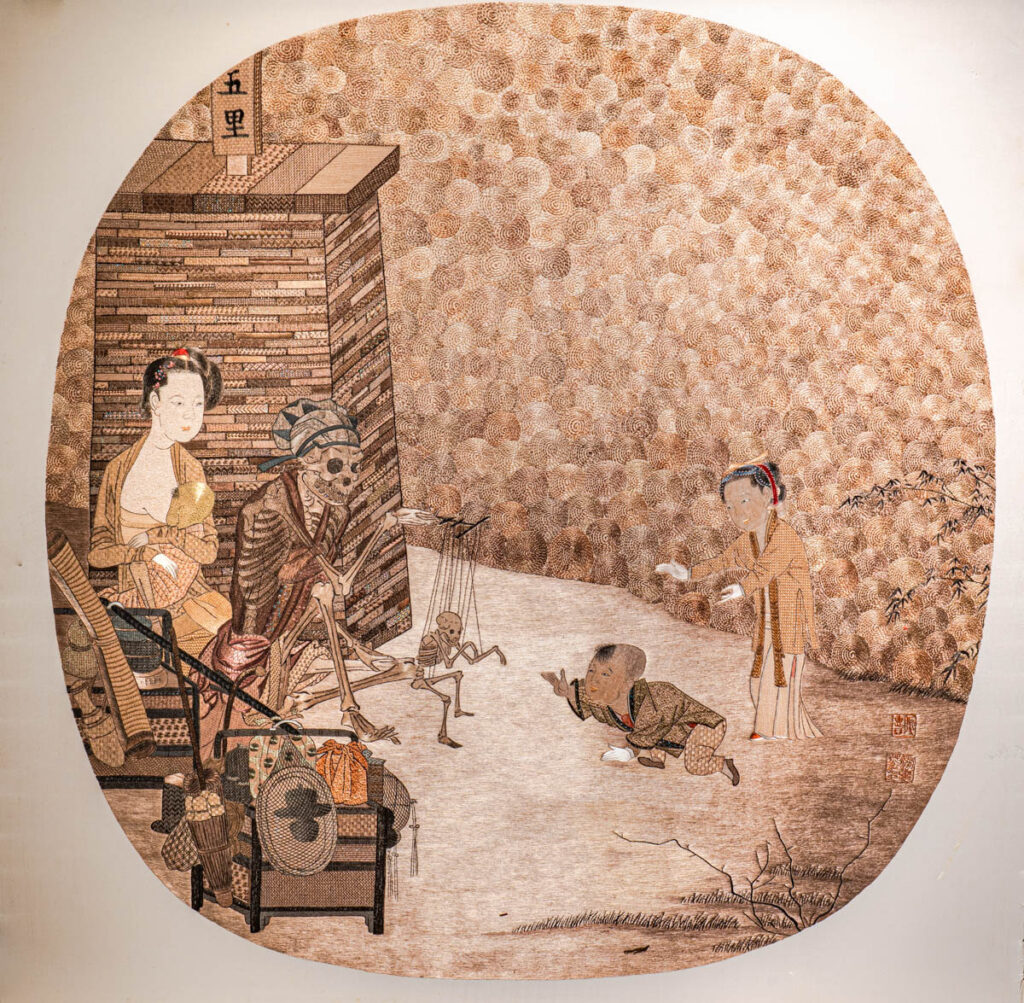 Anying Chen explains a project to develop a robot to assist in the intricate embroidery craft.

In his previous article, Anying Chen wrote about Suzhou embroidery practised by Yao Huifen. Though her work copies a thirteenth-century painting, she uses a unique palette of embroidery techniques that add a new depth to the work.  The work itself depicts a skeleton that is manipulated like a puppet.

It seems fitting, then, that the next phase of the project involves developing a robot that can assist Yao Huifen in her time-consuming craft. In partnership with Tsinghua University, mathematicians have been developing alternative embroidery stitches that are more efficient than the traditional versions. More radically, programming has started on an apprentice robot that can learn from Yao Huifen, similar to how artificial intelligence can learn to speak from processing human speech.

We ask Professor Chen about the background of this project and its aims. 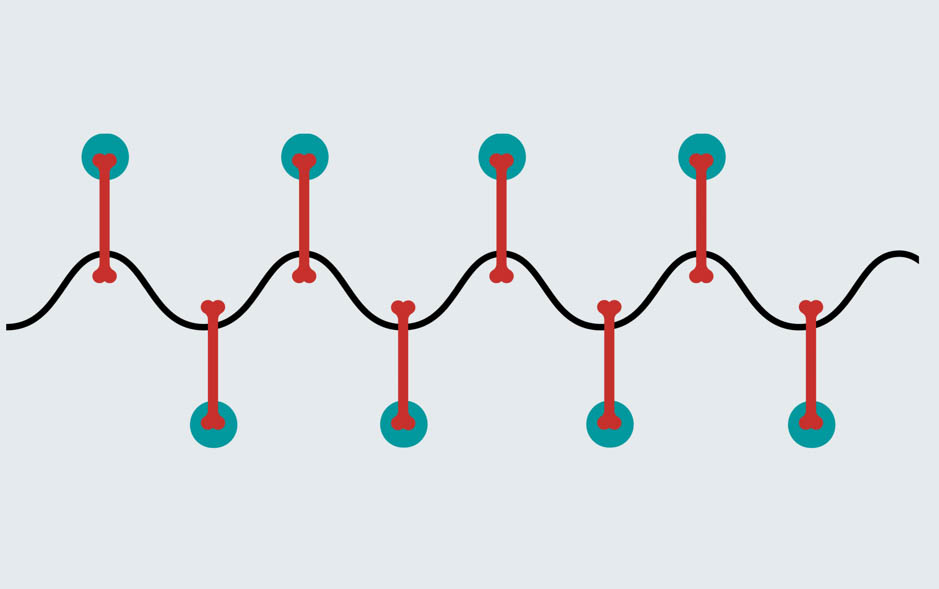 A new technique created by the embroidery program

✿ How was the idea of using a robot developed?

In the case of the Venice Biennale, we (including Yao Huifen) found that needle techniques are the most important artistic basis of Suzhou embroidery, so we are thinking about how to further expand their artistic application, for example, how to use the mathematical structure of needle techniques to make sculptures. To this end, we try to mathematicise needle techniques in collaboration with mathematicians from Tsinghua University.

In the town of Zhenhu, Suzhou, where Yao Huifen lives, most of the cheap hand-made embroidery paintings come from North Korea and Vietnam, and most of the local young people are unwilling to do it. If a Suzhou embroidery robot can be invented, which follows a specific embroidery master like an apprentice and learns her embroidery methods, then their unique and expensive Suzhou embroidery pieces can be replicated in batches, thus having practical functions. For example, it can make screens and other decorations in one’s house. This broadens the market of the masters, and also allows the masters’ techniques to be learnt by robots so that they will not be lost. As the market expands, more young people may enter the Suzhou embroidery industry. 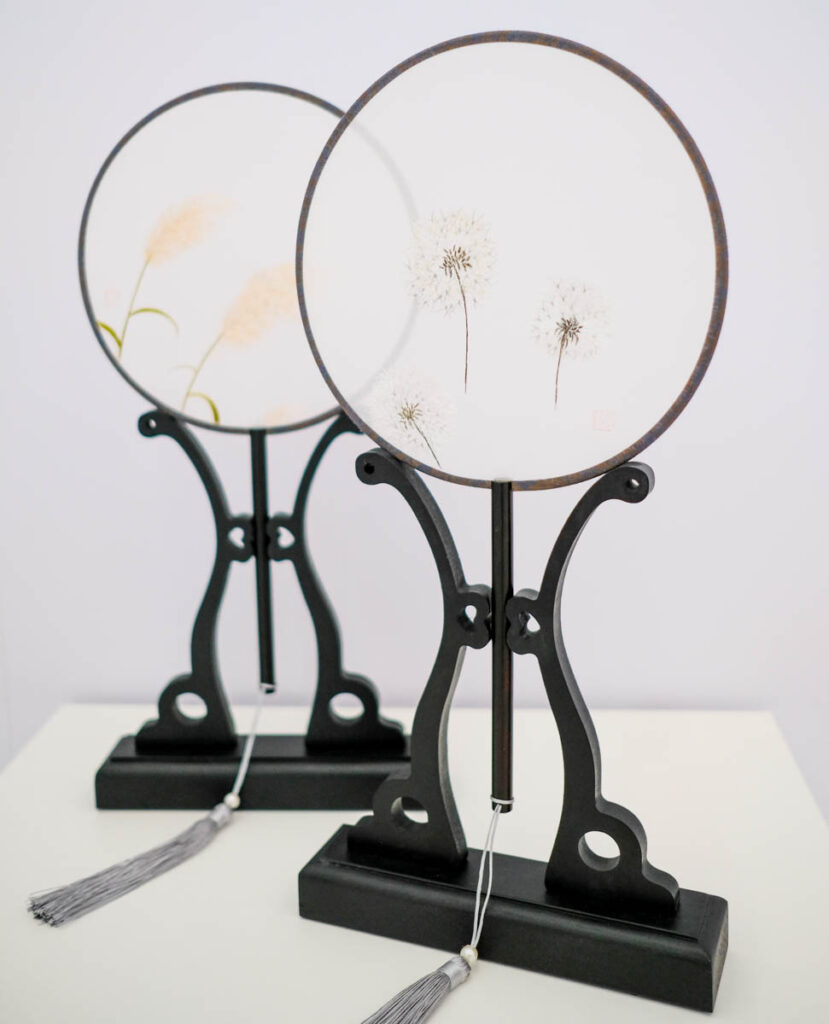 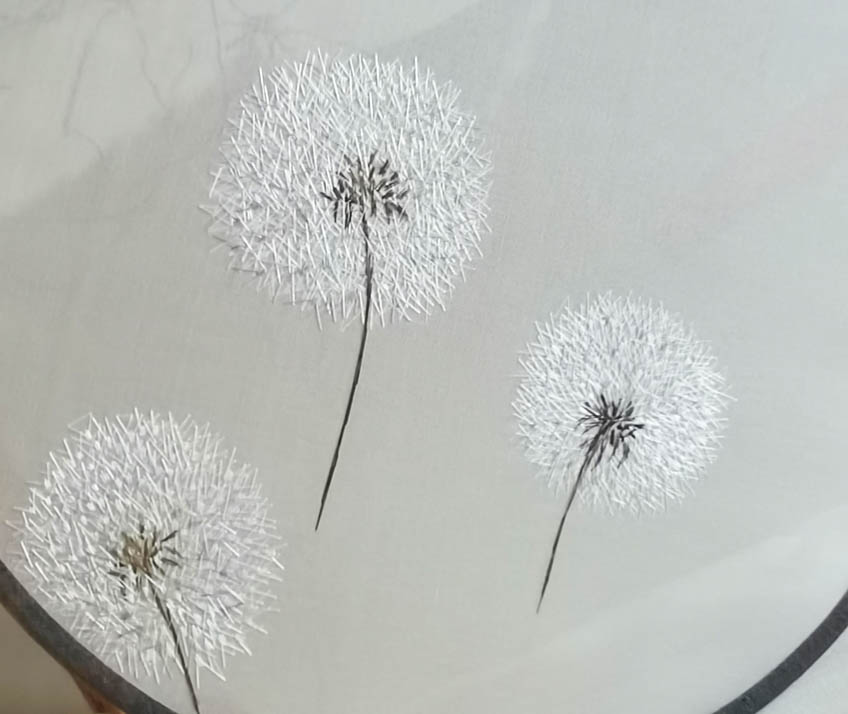 Application of the new embroidery technique

✿ What is the role of the apprentice/robot embroiderer? In the future, might a master embroiderer simply design the work on computer, to be stitched by the robot? How would this be different to what we know as machine embroidery?

Not like this. As an auxiliary design software for Suzhou embroidery we have nearly finished, on the one hand, it can generate new stitches for embroiderers to choose and use; on the other hand, it can generate and fill specific stitch effects in the computer, which is convenient for designers or DIY consumers to understand the characteristics of specific embroidery work in advance.

✿ Are you aware of any other areas where robots have been able to “learn” from humans about performing tasks?

In car assembly and express box sorting, robots can already imitate the actions of workers. However, this type of industrial robot is not the same as the robot that imitates the movements of the master of Su embroidery. Master Su Embroidery uses certain manual techniques to create art, and her understanding of art is the foundation of a work. Therefore, the robot can only be her assistant but not completely replace her.

I imagine that there may be parallel development in artificial intelligence, particularly in chatbots that replace a real person in conversation. But in this case, it is not to replace the embroiderer, but to make this craft more attractive to a new generation that does not have the same patience for repetitive labour.

Let’s imagine the situation in practice. Suppose a master brings a robot apprentice and a few young people. In the beginning, the market only accepts the master’s works. The robot can imitate these works, and can also generate more derivatives so that the income of the master studio will increase. In this way, the studio can provide basic living expenses for young people and gradually cultivate young people into masters.

✿ I see the logic. It would be interesting to see if the market differentiates between works made personally by the master and those by the robot. But I presume that people already accept that work in a master’s workshop may not be made by the master himself or herself. In the West, we have a romantic idea of “handmade with love”, which does not always reflect the true nature of production. It is often just a pleasing story that consumers like to tell themselves. I don’t think that “handmade with love” is so popular in China, true?

This is the same between Chinese and Westerners. The original handmade works of the masters are undoubtedly the most valuable, but generally speaking, the prices are very high, and not all consumers can afford them. Even if they bought it, they may not be willing to use it in daily life scenes.

✿ Maybe it is universal then, the value of the original hand, like the signature of a famous person. Because it is not reproducible, it becomes rare. And anything rare has value. It will be interesting to see what happens with “robot-assisted” embroideries: whether they are always cheaper than those made exclusively by humans, even if of the same quality.

You are right, the cost of designing and manufacturing a robot is very high, and if the application is not wide enough, the robot may be more expensive than the human. The Suzhou embroidery robot is only a vision for us, but we have basically mastered the mathematical principles of inventing this kind of robot. At present, what we can produce is Suzhou embroidery-aided design software, as well as some artworks or derivatives based on mathematical formulas.

Anying CHEN is the chair of the Art History Department, Academy of Arts and Design, Tsinghua University, associate professor and PhD supervisor for art theories, aesthetics, intangible cultural heritage and traditional crafts, modern and contemporary art. He is also the deputy director of the Key Laboratory of Traditional Craft Techniques and Materials Research, Ministry of Culture and Travel. He took charge of several research projects such as _Contemporary Developing of Chinese Traditional Crafts_, _Traditional Crafts and Internet Promotion and so on._ He co-curated many events such as the 1st Beijing International Design Triennial (2011), Reproduction: Chinese Contemporary Arts and Crafts Seminar (2014), Youth Forum of Traditional Crafts (2016- ), and a series of exhibitions and forums on traditional crafts and intangible cultural heritage since 2015. He won the second prize of Education Ministry’s Sixth Outstanding Scientific Research Achievement Award and “National Excellent Individual for Intangible Culture Heritage Safeguarding” awarded by Ministry of Culture and Travel, China.

A stick is never too long or too short
Double Happiness
The Dirge and the Vital Heat
Hand it to Scotland: Weaving firegrass with the Lisu and Yi communities of Yunna...
The delight of embroidery now - 2018 Chaozhou International Embroidery Art Bienn...
The Earth and its elements: Wood, fire, earth metal and water
Quarterly essay - Reclaiming the Lost Embroidered Garden
Vivalto Lungo: Espresso bridal jewellery