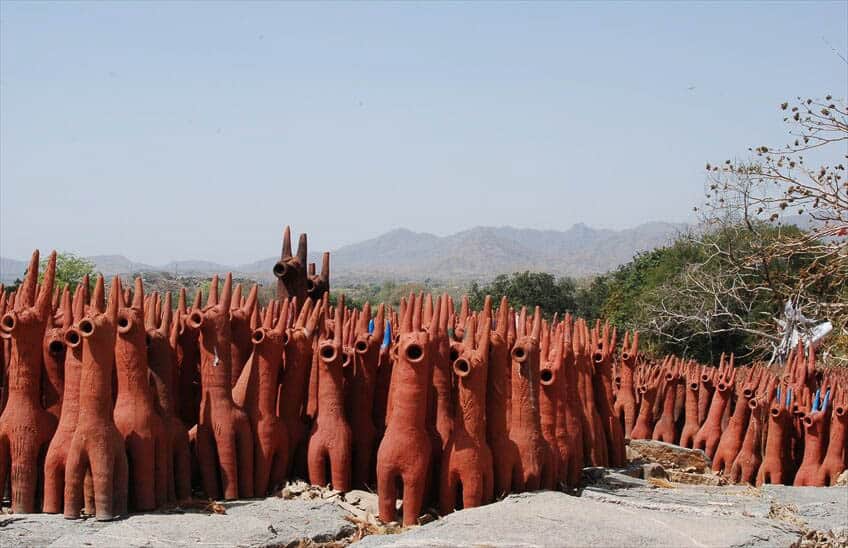 Poshina, a small town situated in Sabarkantha district of Gujarat, India, is home to an Adivasi shrine acclaimed for its votive terracotta horses. A growing army of more than 2000 horses surrounds the petite Adivasi shrine. The horses are offered in anticipation of achieving a particular wish or upon fulfilment of a desire, such as childbirth, curing of an illness, sick animals, timely rain, aid in a difficult harvest, and so on.

The term Adivasi means “original inhabitants” and there are a number of Adivasi communities (such as the Garasia, Bhil, Koli, and Rathva) residing in the northern, central and southern part of Gujarat. Most Adivasi communities believe that their gods cannot be represented by images. Instead, they install wooden posts or clay pots as focuses for their prayers. The Garasia tribe believes in ancestral worship and follow Bakhar Bhavsingh, the supreme deity of the Garasia world. Bakhar is the name of the hill range in the Garasia territory while Bhavsingh is a mountain whose mount is a horse. And hence, offering terracotta horses at shrines is the community’s means to communicate with the divine. The village kumbhar (potter) crafts these horses (it is believed that the techniques used to make the terracotta figurines: shaping, pinching, pressing, and slitting, show an unbroken continuity from time of the Indus Valley Civilisation). While some sizes are readily available to be bought, devotees can also get the horses custom designed by the kumbhar. 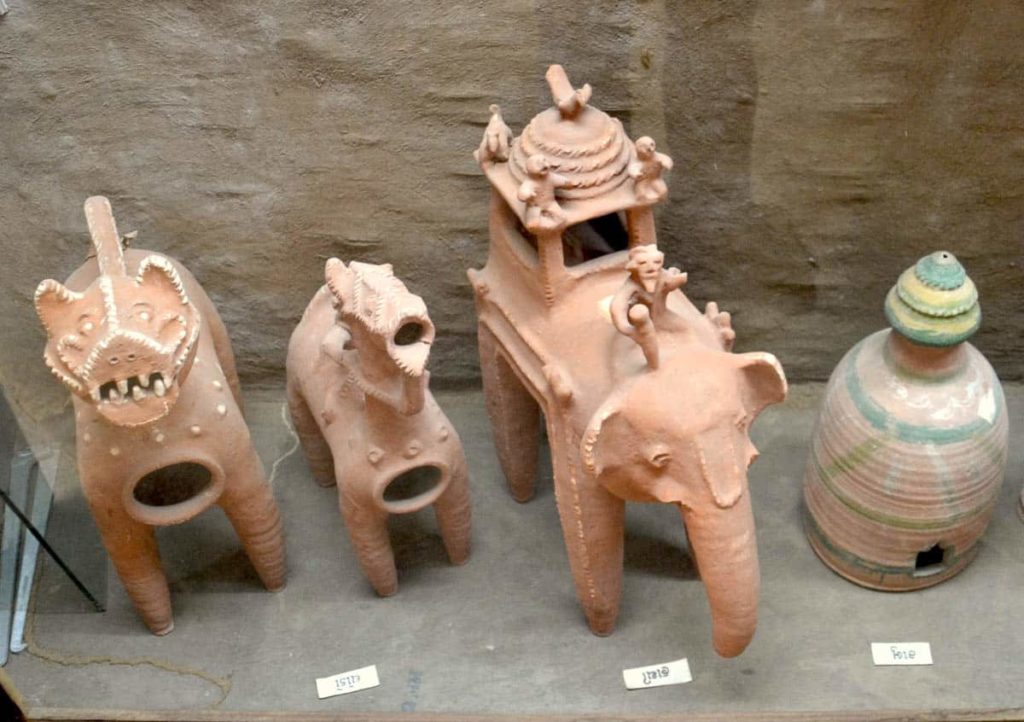 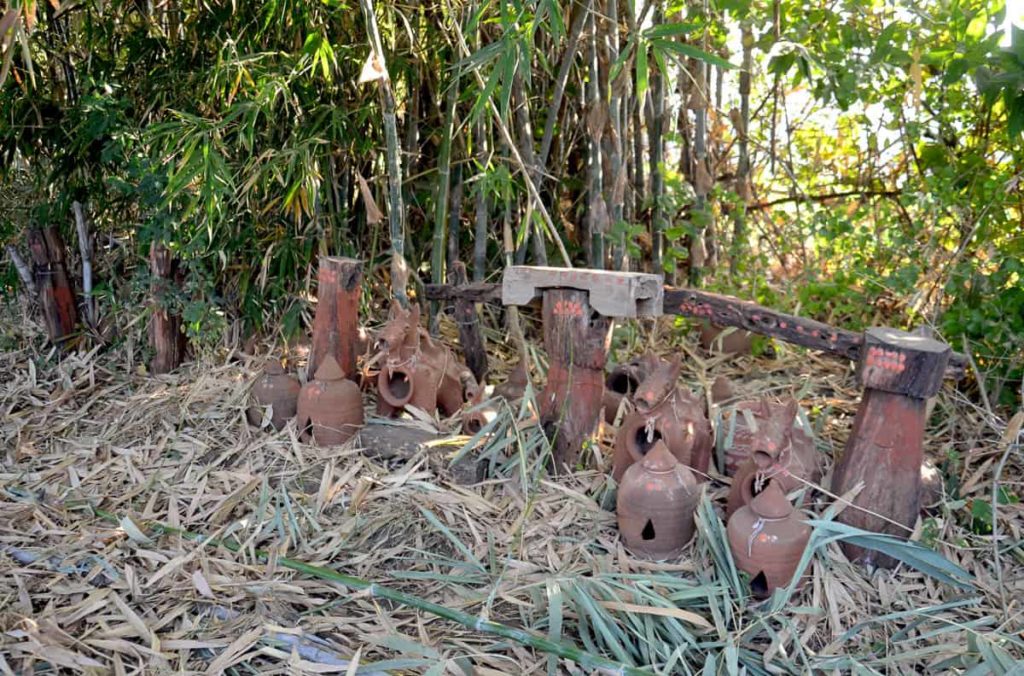 The votives are offered in a ritualistic manner. During difficult times, the badvo (village priest) is consulted. He instructs rituals involving vows to the gods and spirits. The complexity of the ritual depends on the magnitude of the request. Some ceremonies are small, requiring only the concerned person give offerings of terracottas, suitable food, oils, incense and money to the shrine. Others demand organisation of a village festival with invitations sent to friends and relatives. On such occasions, villagers are led by musicians and the terracotta figures are carried to the shrine in a jubilant procession of singing and dancing villagers. The terracottas are then presented to the gods along with other offerings: food, oil, lamp, incense, etc. Upon completion of the ritual, the food offered to the gods is shared among the villagers.

The thousands of votive horses of Poshina bear testimony to the fulfilled prayers of the Adivasi people. They are the tangible objects that represent the intangible cultural heritage of the “original inhabitants” of Gujarat.

Note: The terracotta horses of Poshina are just one example among the numerous votive practices, still existent, across India. 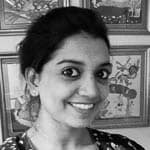 Mitraja Bais is a Research Associate at DICRC, CEPT University, Ahmedabad. Her research interests lie in sustainable design and disciplines that harness indigenous crafts at their core. Mitraja was the Project Team Leader and Principal Researcher for Vernacular Furniture of North-West India, Phase I: Gujarat. She graduated as an Architect form D.C. Patel School of Architecture, V.V. Nagar and pursued Masters in Interior Architecture and Design (MIAD) at Faculty of Design, CEPT University with a Major in Craft and Technology. Mitraja has been associated with DICRC since 2013 where she has worked on numerous research projects related to traditional and vernacular buildings and crafts.

Ghost objects: Crafting the poetry of the everyday
Quarterly essay - The world in a chai cup: Sandra Bowkett and a village of India...
Machiko Hashimoto: Flowers from Kyoto
Reclaiming the Lost Embroidered Garden: The Bagh and Phulkari Embroideries of Pu...
Where the weaver left off
Lost histories: Inscription and Place
Barbara Mullan: A life with Gujarati textiles
Robin Best ✿ A tea journey in silver and blue