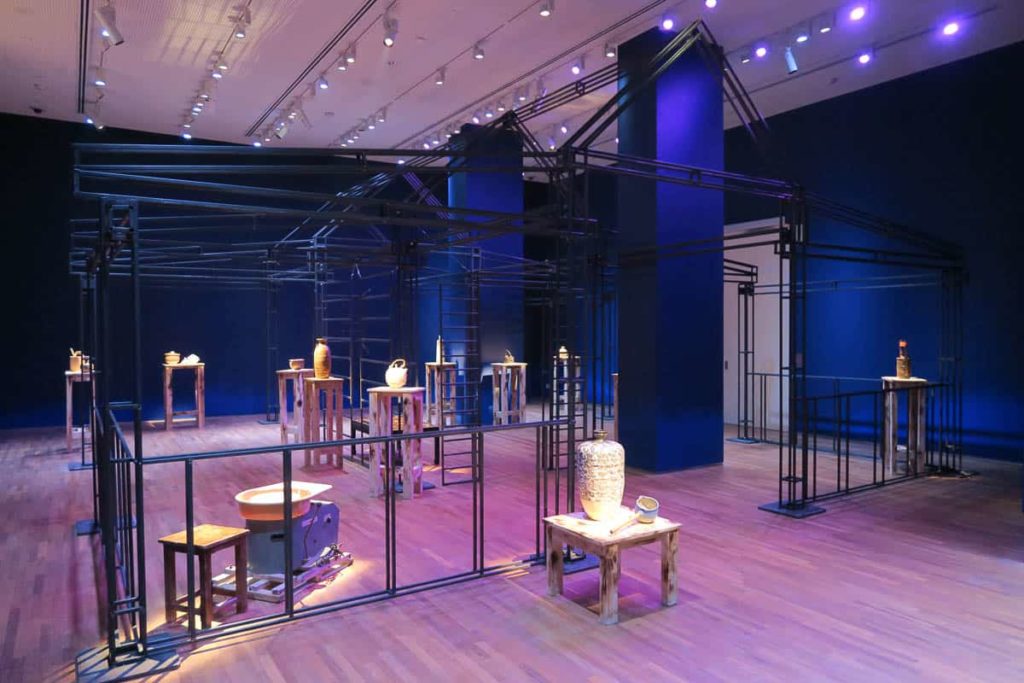 Gallery 2 features an installation work “Some of you may be asked to leave” by Gerald Leow, in the form of a Rumah Melayu (Malay House). Inspired by his interest in the idea of a dwelling and vernacular architecture, and Iskandar’s deep interest in architecture, this gallery features works from the private collections of Iskandar’s own family members. 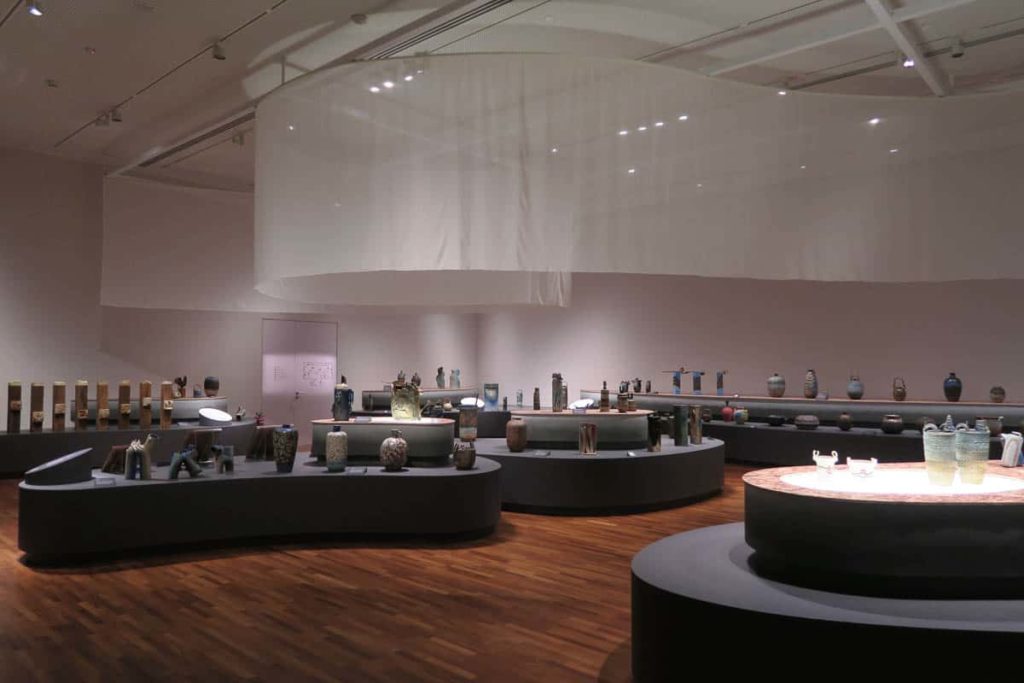 Gallery 1 features over 150 ceramic works by Iskandar from both private and public collections, spanning from the 1960s to the 2000s. Divided into six themes, these works examine the diverse cultural influences that Iskandar draws from in his artistic practice.

Iskandar Jalil: Kembara Tanah Liat (Clay Travels) is a survey exhibition on Iskandar’s practice, spanning more than five decades. Recognised as a master potter, this exhibition will feature close to 200 works and maps his career from the 1960s to 2000s. The selection of works focuses on tracing the diverse cultural sources that informs his explorations with the ceramic medium ie. Southeast Asia, Japan, India and the Scandinavian countries. A significant thread running through the exhibition is Iskandar’s experimentations with local clay and different glazes that he developed over the years. Primarily a studio potter, Iskandar’s ceramic works also straddle the perennial tensions of functionality and non-functionality in his works.

Part of the research process included the writer, co-curator of the exhibition, visiting Japan in December 2015 with Iskandar, together with Gerald Leow, a contemporary Singaporean artist who was commissioned to produce an artwork in response to Iskandar’s ceramic works. The group visited Iskandar’s former school, the Tajimi City Pottery Design and Research Centre where he studied Ceramics Engineering for two years from 1972 to 1974, and also ceramic museums and exhibitions in Kyoto and Tokyo.

Iskandar’s education in Japan was not limited to just the two years he spent studying there. He continues to visit Japan every year bringing his students to various ceramic sites and of course, going for holidays and visiting his old friends. Coupled with his incorporation of Japanese aesthetic philosophies like wabi-sabi and shibui into his works, Japan’s cultural impact on Iskandar has been immense. Hence in 2015, Iskandar became the first artist from Singapore to be conferred the Order of the Rising Sun, Gold Rays with Rosette, an award bestowed by the Emperor of Japan 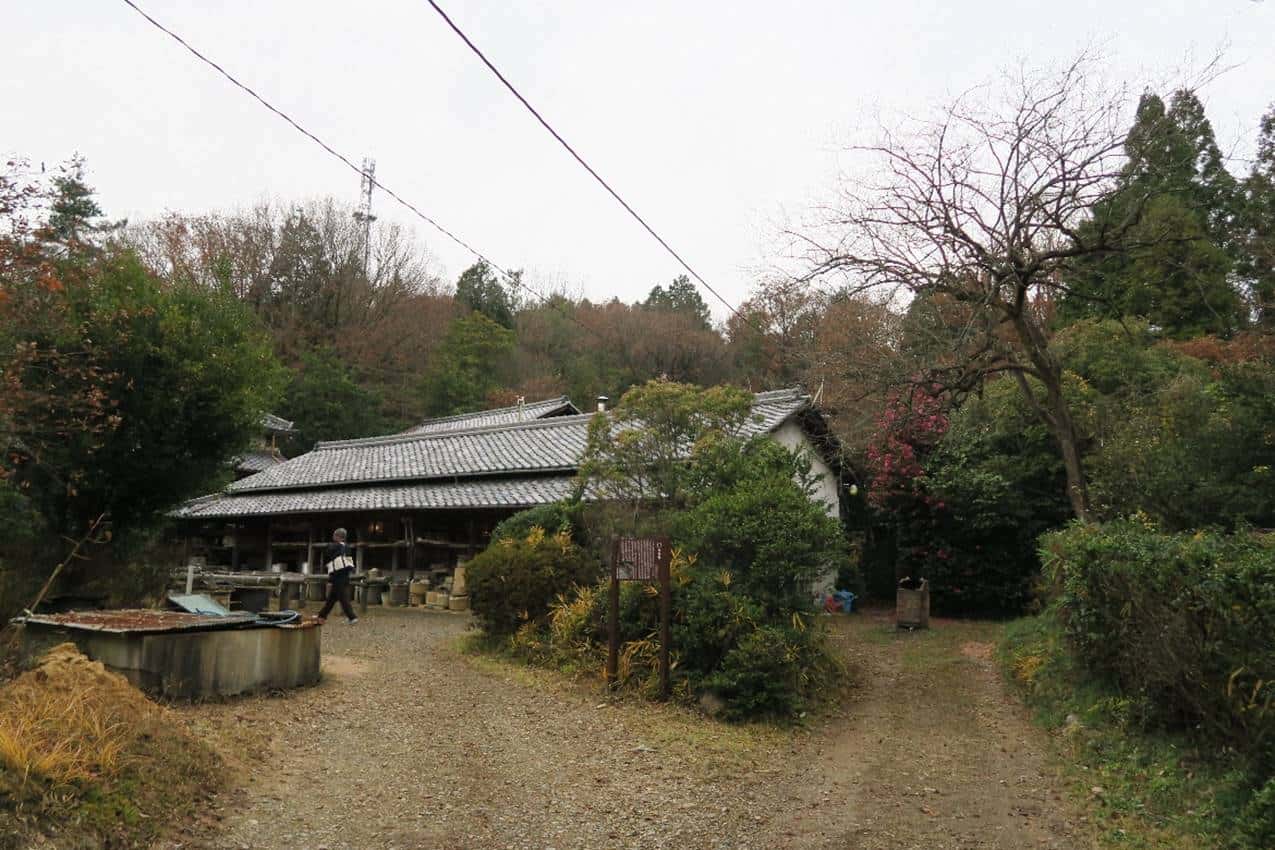 Suigetsu-gama in Tajimi City. This kiln was set up by ‘Living National Treasure’ (a designation given by the Japanese government), Arakawa Toyozo, in 1946. 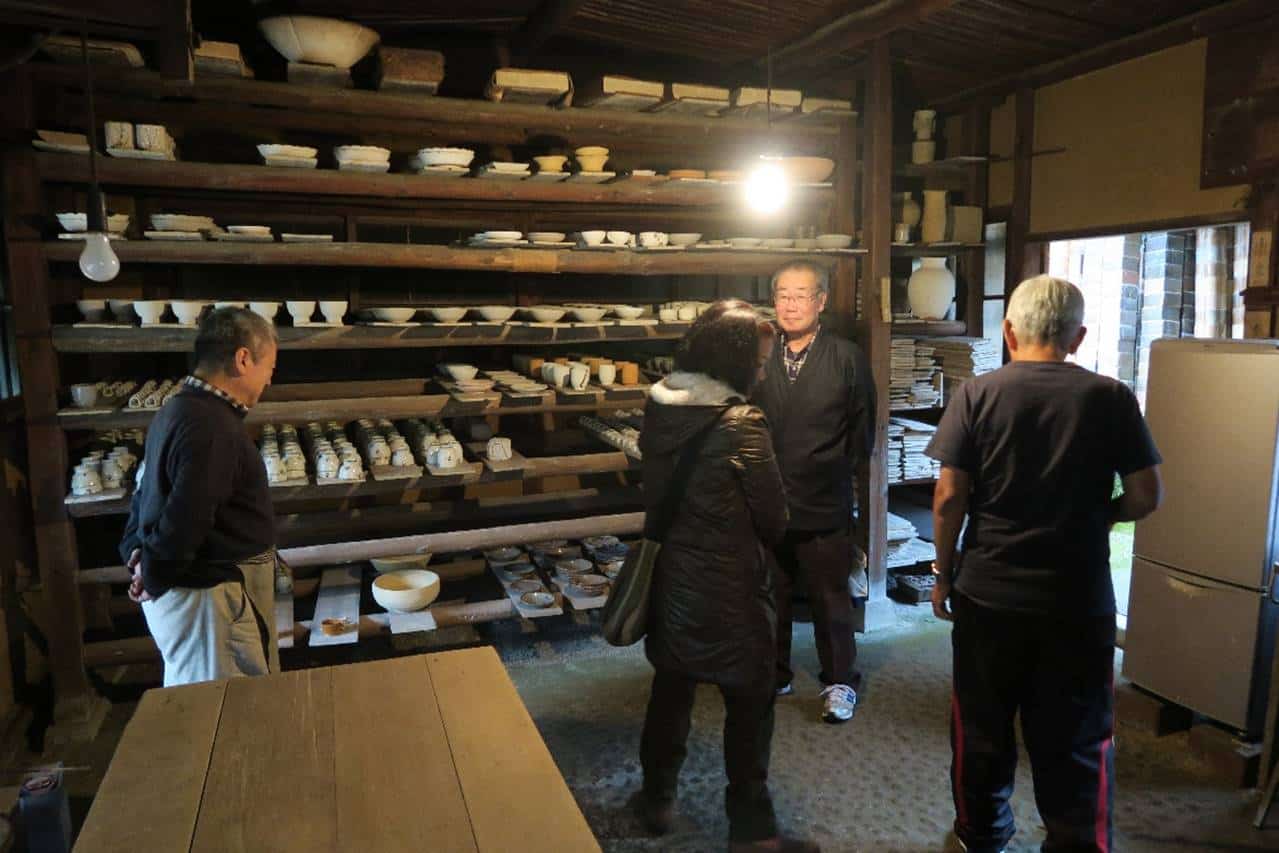 Given a tour of the facilities by a descendent of Arakawa Toyozo (extreme left). Kato Tokuro and Arakawa were responsible for the revival and success of the kilns in Mino which is now located in the Gifu prefecture. Arakawa was designated a ‘living national treasure’ in 1955 for his work with Shino and Setoguro (black Seto). 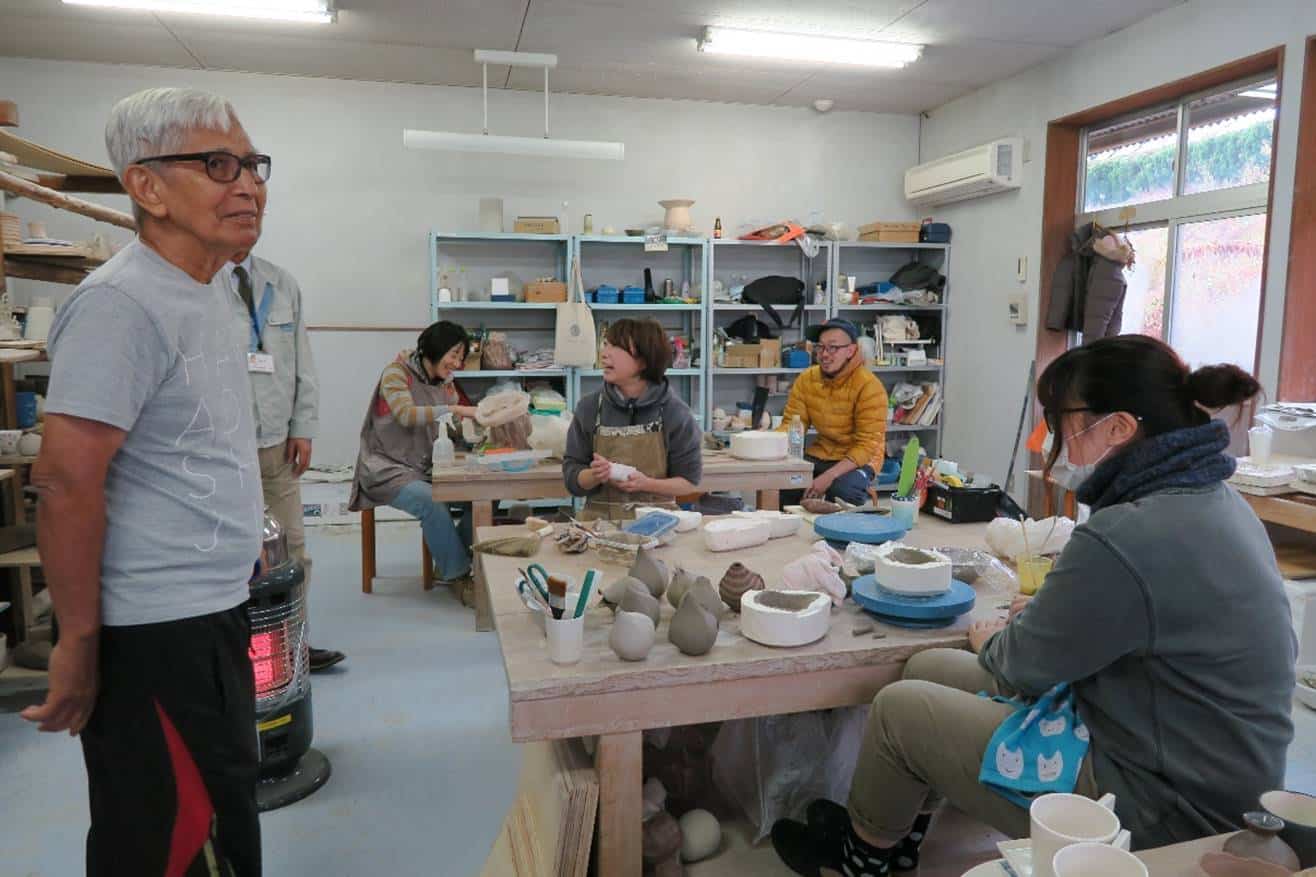 Iskandar observing the current students in their workshop at the Tajimi City Pottery Design and Research Centre. The policy for every course as stated in the prospectus: “For students to take into account the inherent features of ceramic and to explore pottery from a contemporary way of design.” 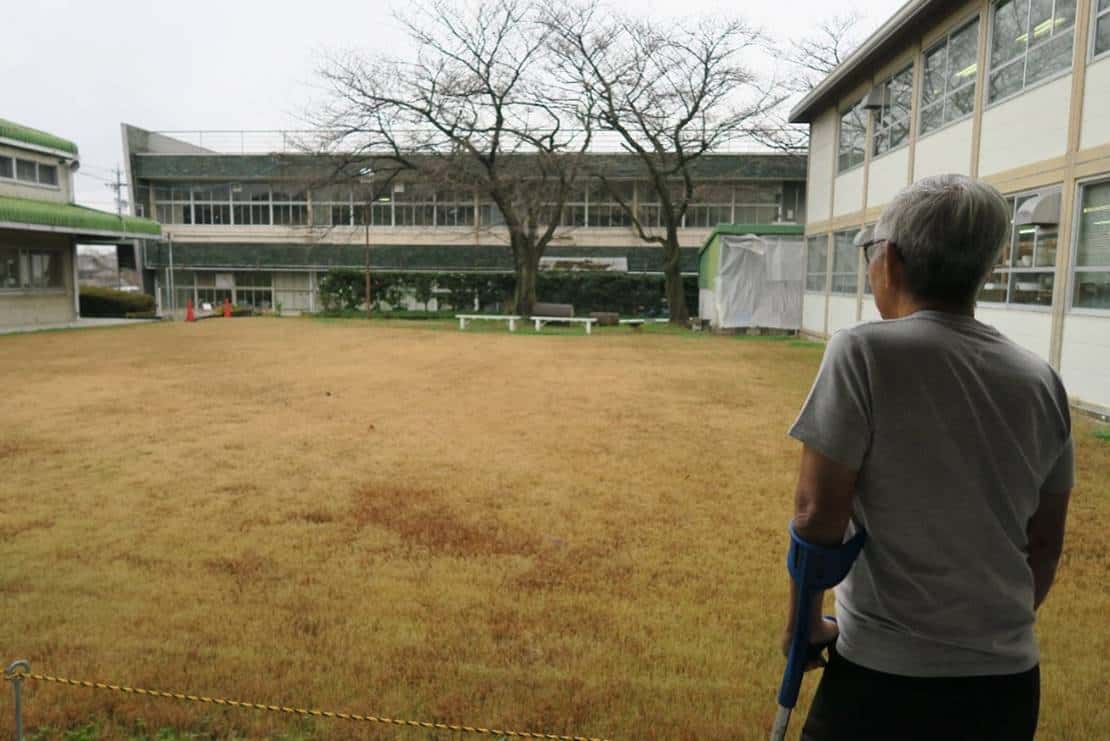 Iskandar looking at the field of Tajimi City Pottery Design and Research Centre where he used to engage in sporting activities as a student. 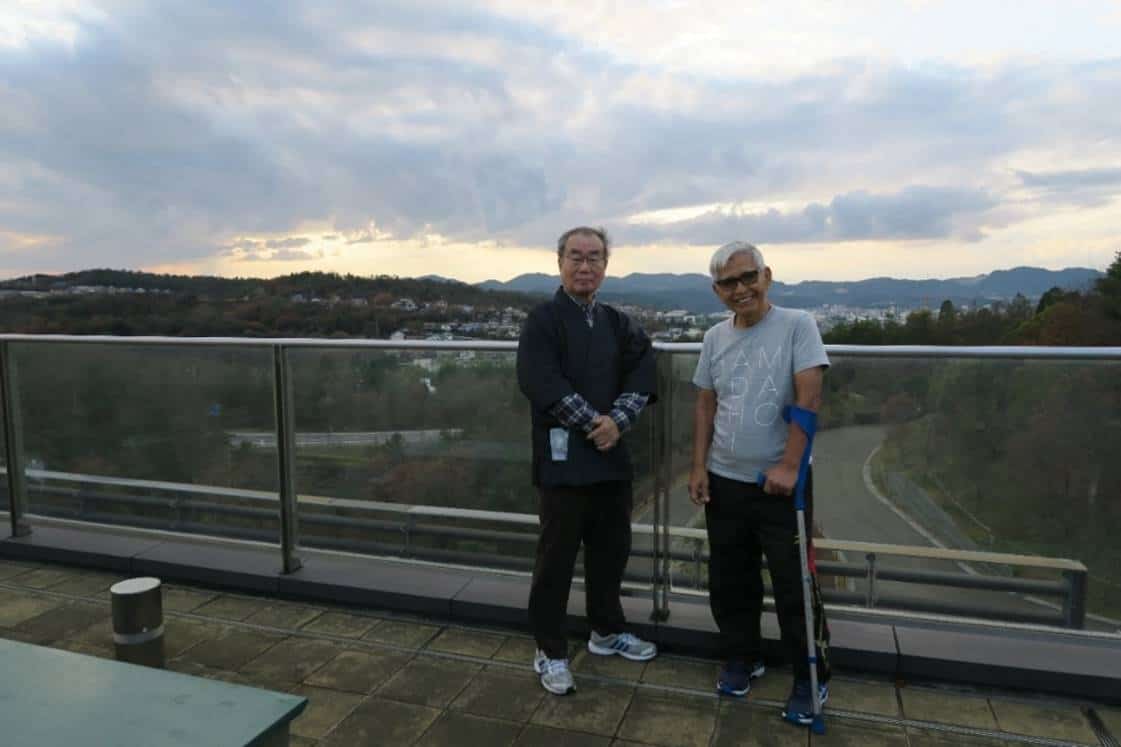 Iskandar Jalil and his close friend, Hibi Takashi. Hibi-sensei is a well-respected glaze specialist and had taught glaze technology at the Tajimi City Pottery Design and Research Centre since 1967. They first met more than 40 years ago when Iskandar was studying in Tajimi and has remained in close contact ever since. 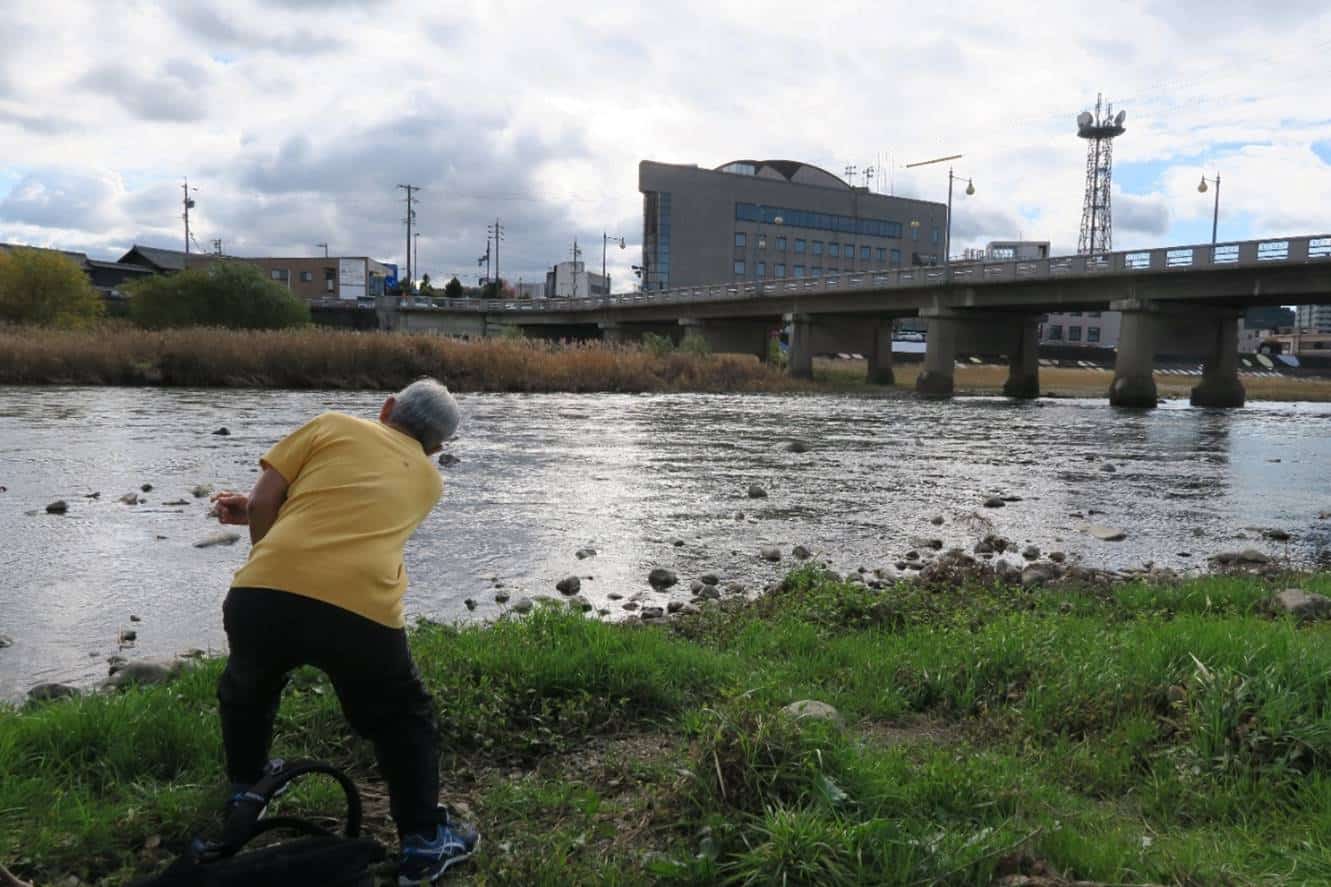 Iskandar and the group engaging in a game of skipping-stones over the surface of the river in Tajimi. 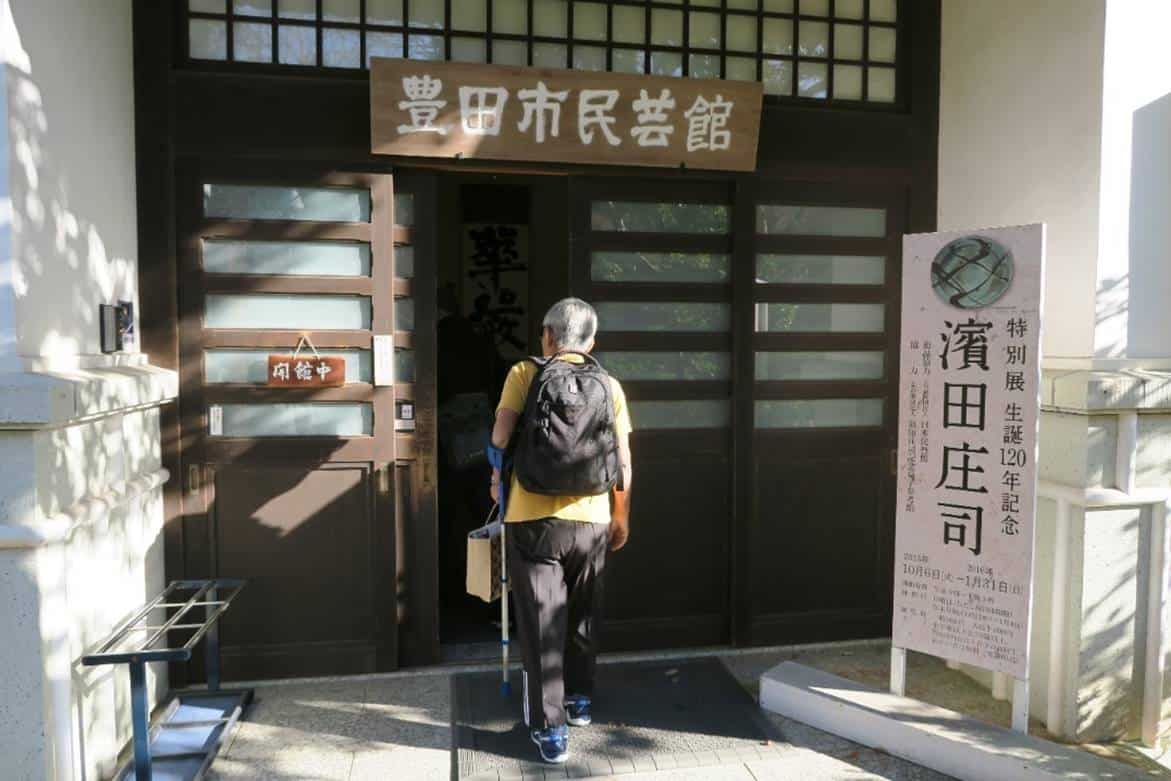 Dropping by Toyota City Folk Craft Museum to visit “Celebrating 120 years of Shoji Hamada”, a touring exhibition from the collection of The Japan Folk Crafts Museum. 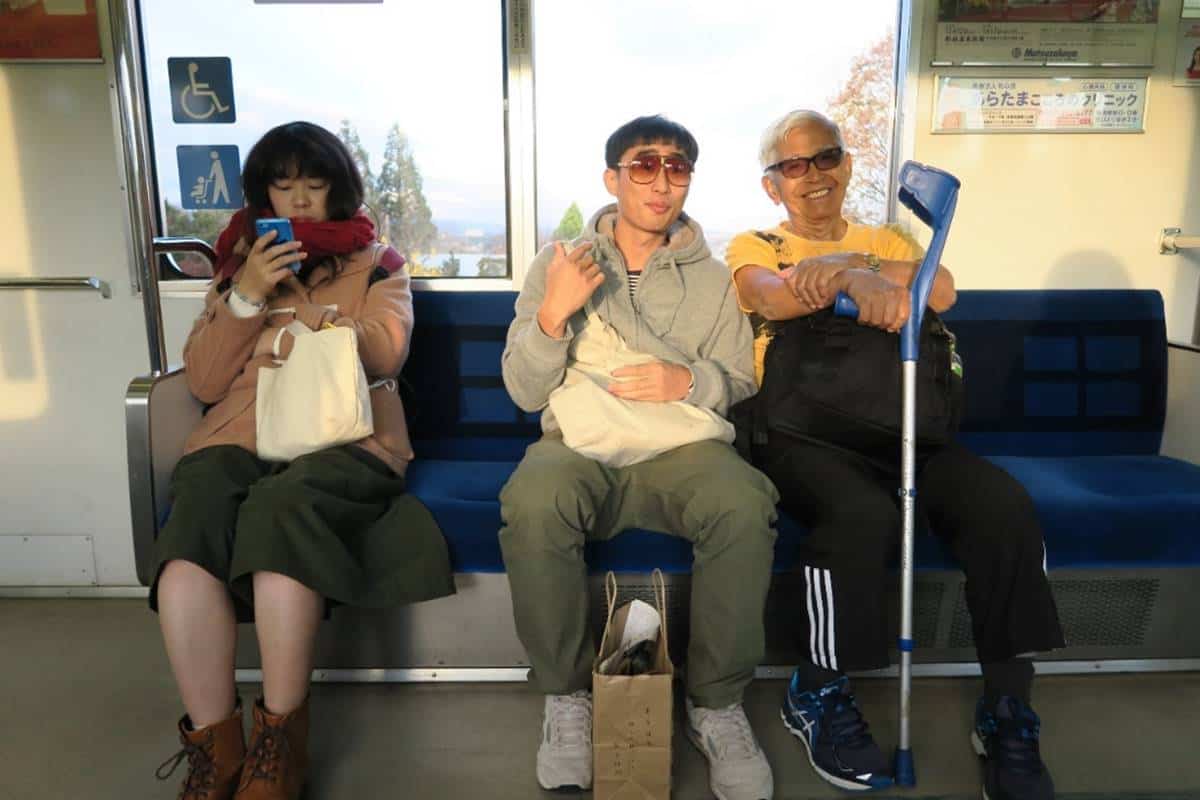 Artist Gerald Leow (middle) with Iskandar (right) on a local train on the way to Tajimi from Nagoya. Iskandar would commute on this train daily for his lessons at the Tajimi City Pottery Design and Research Centre. He studied Ceramics Engineering under a Colombo Plan scholarship from 1972-74. 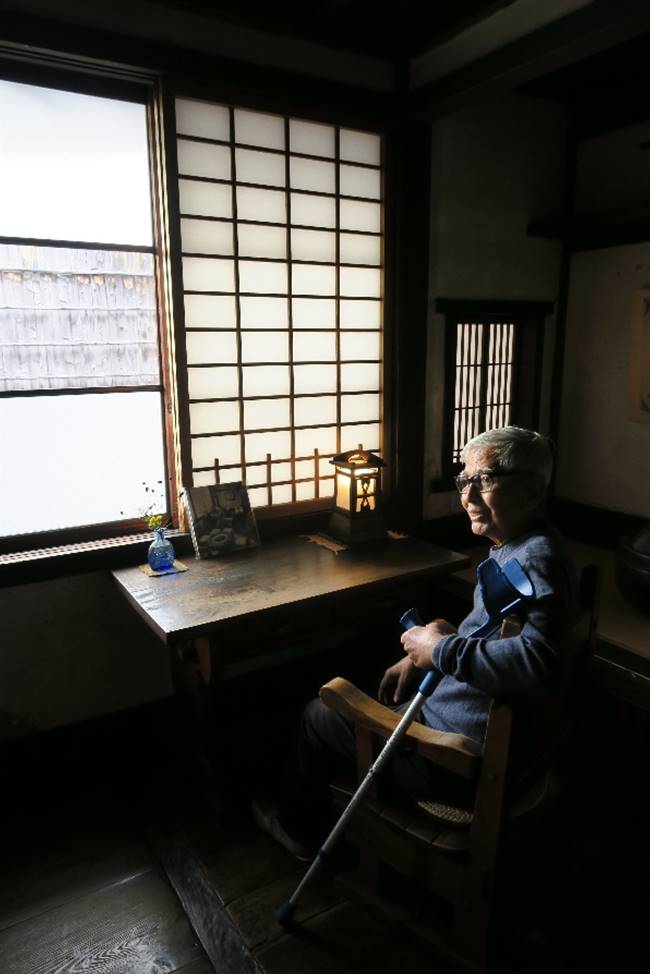 Iskandar sitting in the study of the artist at the Kawai Kenjiro House, which is now a museum located in Higashiyama-Gjo, in eastern Kyoto. 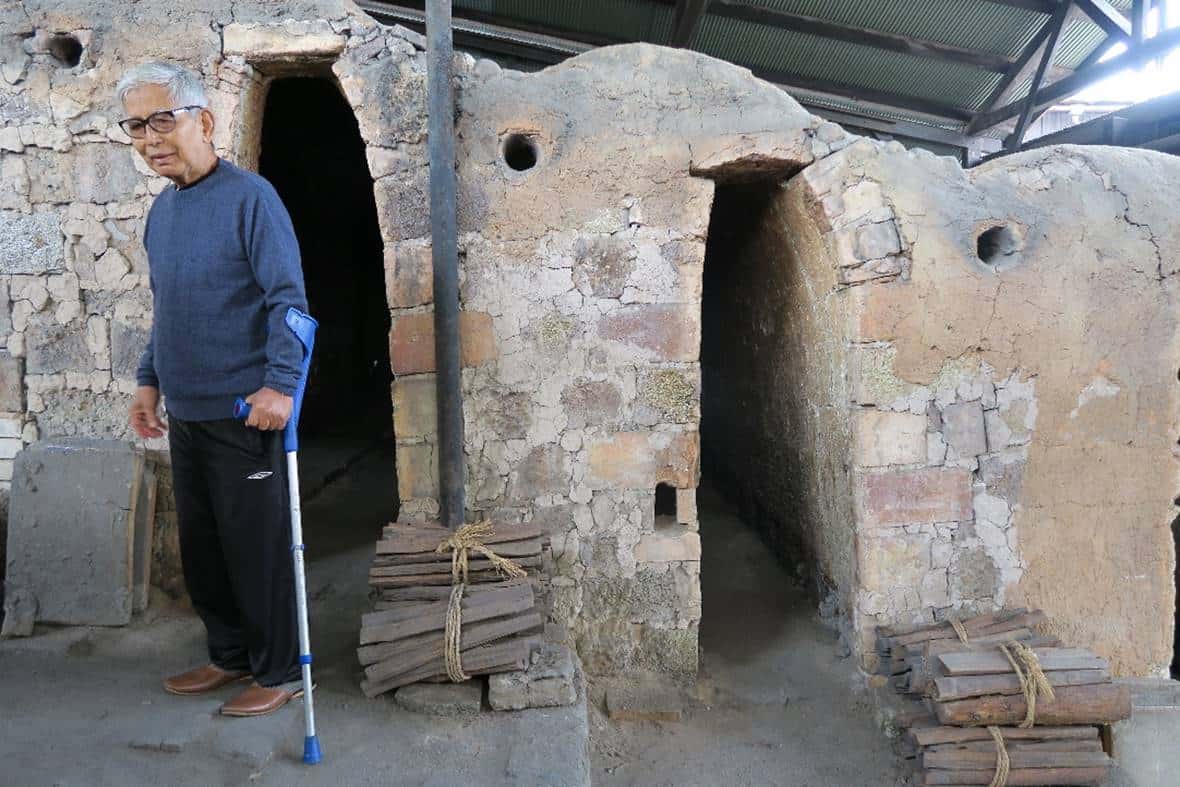 Iskandar standing in front of the multi-chambered noborigama (step-up kiln) located within the compound of the Kawai Kenjiro House. The kiln was last fired up in 1971. 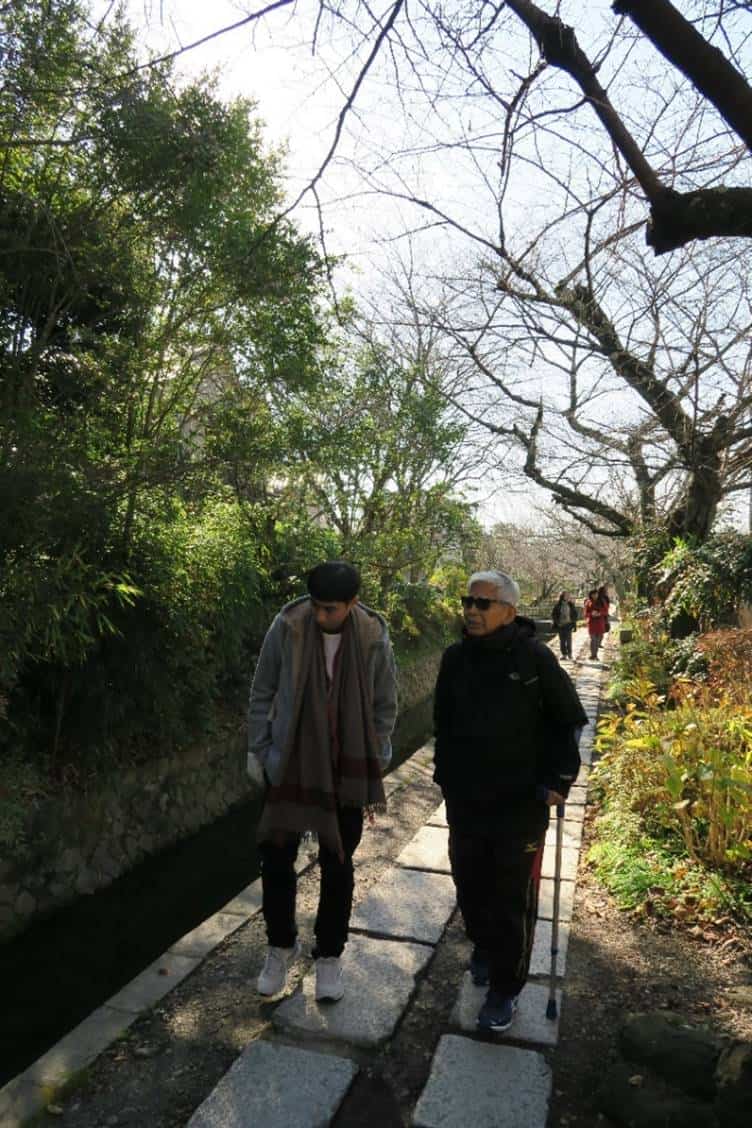 Strolling along the path called Philosopher’s Walk in Kyoto. This roughly 2-kilometre path was named after one Japan’s most significant and influential philosophers of the twentieth century, Nishida Kitaro, who used to walk along this path as one of his daily routines. 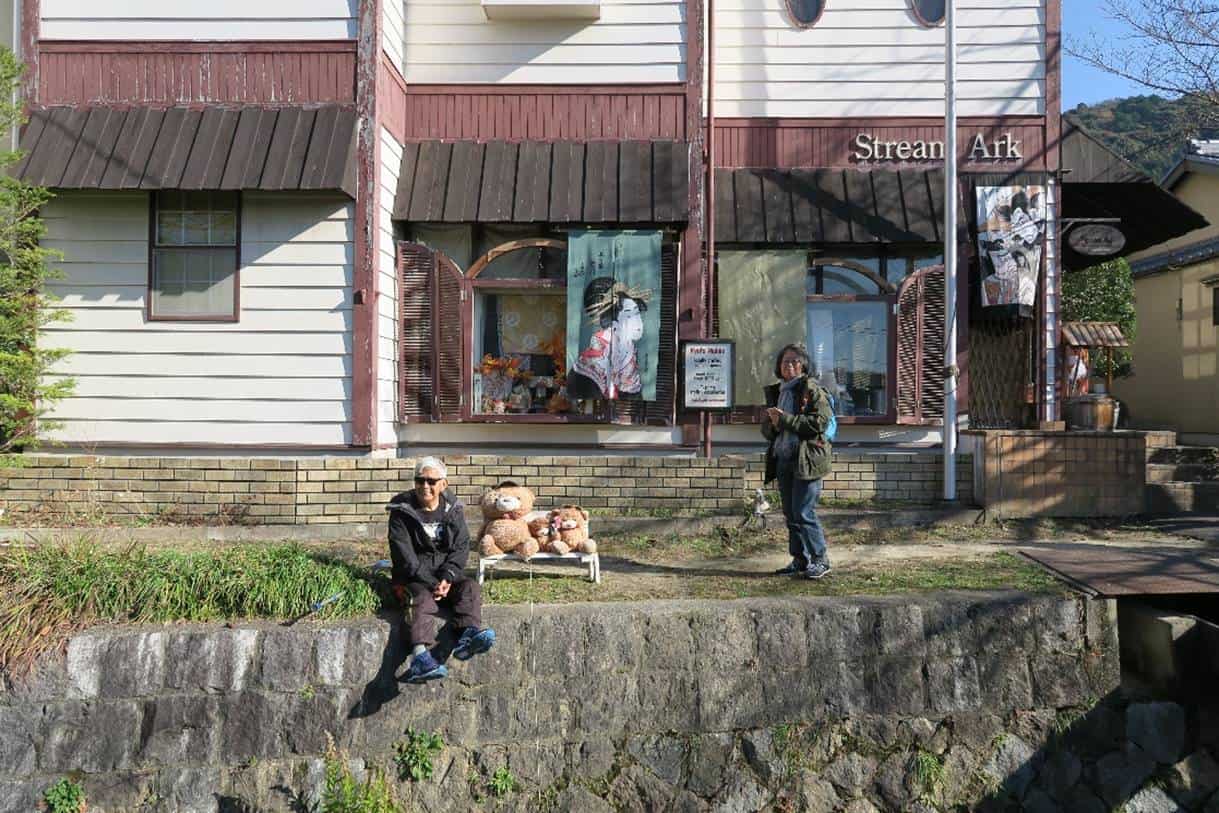 Iskandar taking a break in front of one of the shops that line the Philosopher’s Walk. 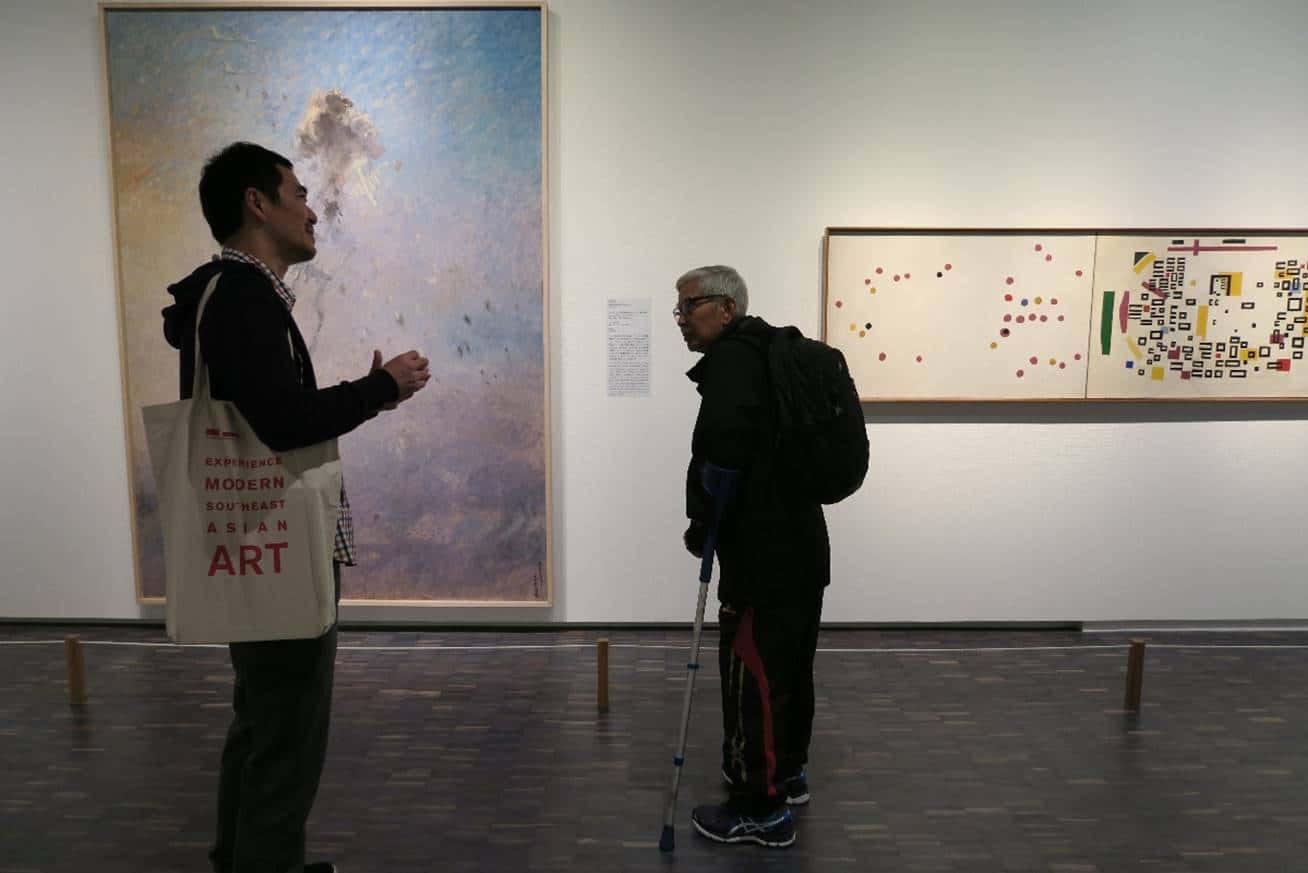 A tour of the permanent galleries at the Museum of Modern Art Tokyo by curator, Katsuo Suzuki. 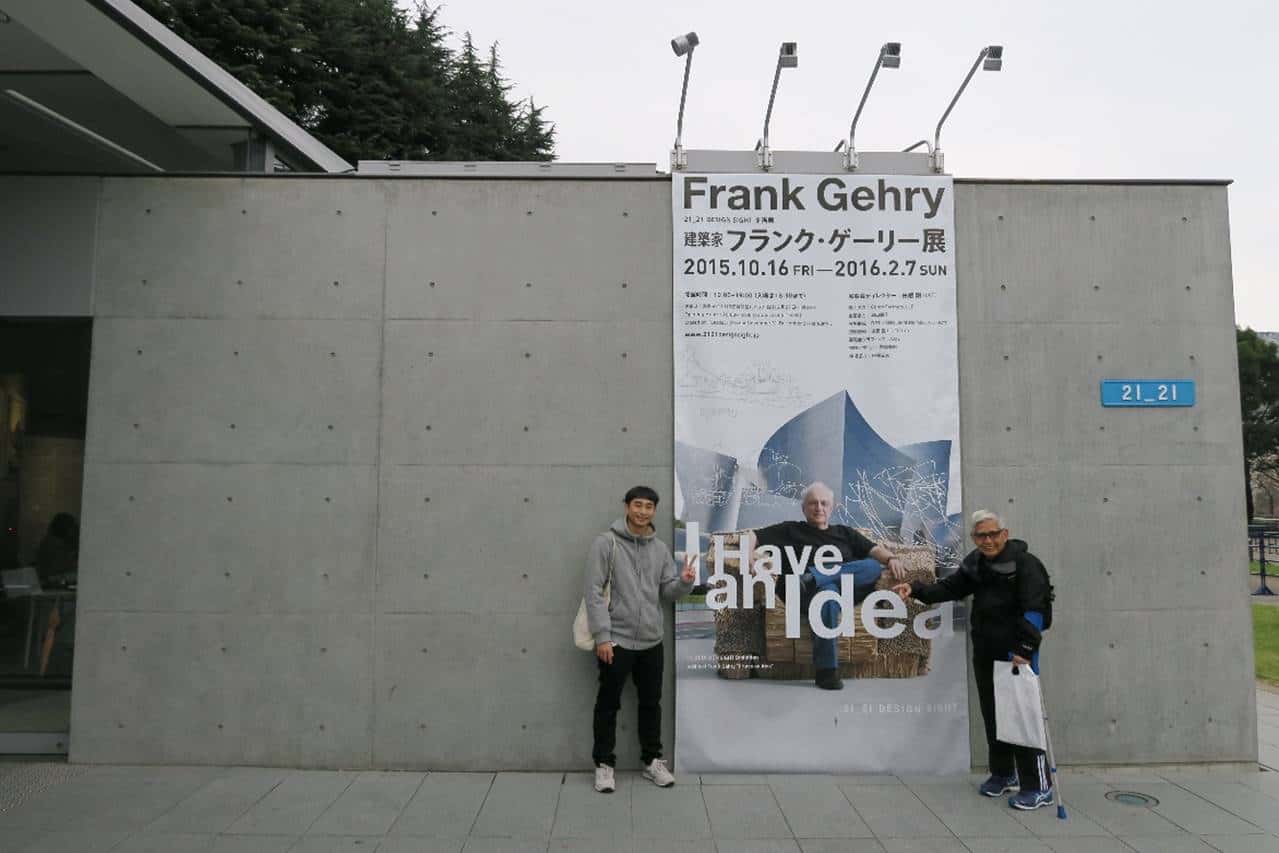 Posing with Frank Gehry at his survey exhibition held at 21_21 DESIGN SIGHT, a contemporary design venue located in Tokyo Midtown. 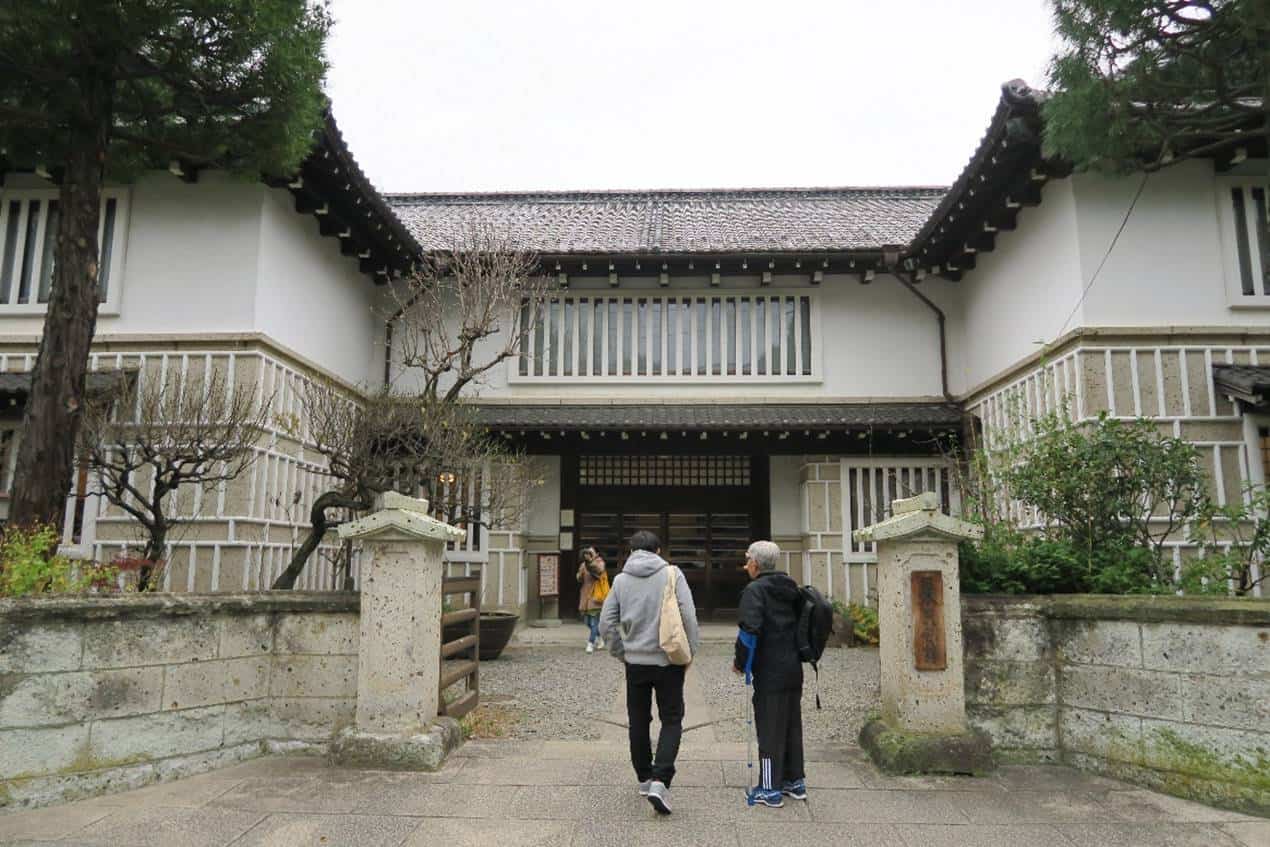 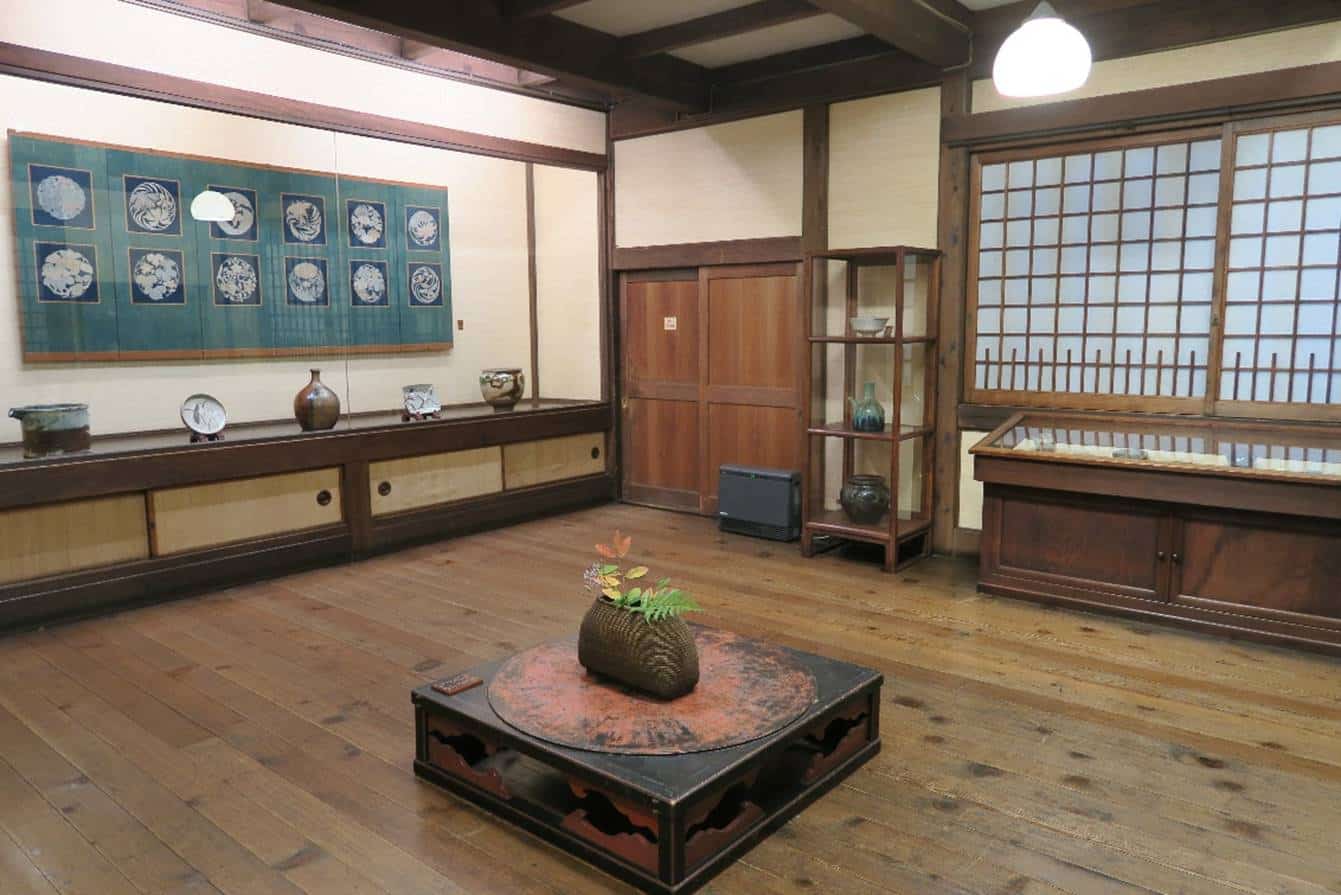 The Japan Folk Crafts Museum was established in 1936 by Soetsu Yanagi. Together with Kenjiro Kawai and Shoji Hamada, Yanagi coined the term ‘Mingei’ which translated to ‘folk crafts’ or ‘common crafts’.

Iskandar Jalil: Kembara Tanah Liat (Clay Travels) is co-curated by Seng Yu Jin and Syed Muhammad Hafiz. The exhibition runs at the National Gallery Singapore from 1st Sept 2016 to 28th February 2017. Please visit the website www.nationalgallery.sg for more details about the programs and talks held in conjunction with the exhibition.

Iskandar Jalil is one of Singapore and Southeast Asia’s most prominent and recognised ceramic artists. He creates organic, textured works of clay that marry Japanese discipline and philosophy with Southeast Asian motifs and inspirations from his travels. His works feature in many public and private collections, including those of the National Museum of Sweden, Sultan of Brunei and Minister Mentor Lee Kuan Yew.

He was awarded two Colombo Plan scholarships, to study textiles in India (1966) and ceramic engineering in Japan (1972), which started him on the road to a highly successful career as a potter. Iskandar Jalil was awarded the Cultural Medallion for Visual Arts in 1988, and is the first Singaporean artist to receive the Order of the Rising Sun, Gold Rays with Rosette bestowed by the Emperor of Japan in 2015. He was conferred an honorary doctorate, Doctor of Letters (honoris causa), by the Nanyang Technological University in July this year. 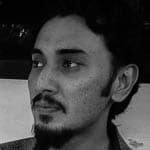 Syed Muhammad Hafiz is currently Assistant Curator at the National Gallery Singapore. He joined the Gallery in 2012 and was part of the curatorial team that worked on the inaugural Southeast Asian permanent galleries exhibition, ‘Between Declarations and Dreams: Art of Southeast Asia since the 19th Century.’ Prior to that, he worked as a Researcher for the Singapore Art Museum. His other exhibitions also include ‘S.Sudjojono: Lives of Pictures’ held at the Nanyang Technological University ADM Gallery in 2014. His current research focuses on the intersecting art developments within Southeast Asia specifically Indonesia, Malaysia and Singapore.

Eastern glazes: The provenance of celadon, tenmoku and shino
Waterfall in a box
Let's go back to the campfire: The lesson of mingei
From Thailand to Turkey: Ceramics bloom in Eskişehir
The Craft of Ceremony
Cantarino: Reanimating the whistling bottles of the Andes
Kumbharwada: Make in Dharavi
The art of polishing stones