The Fidan doll: A bridge between Turkey and Japan 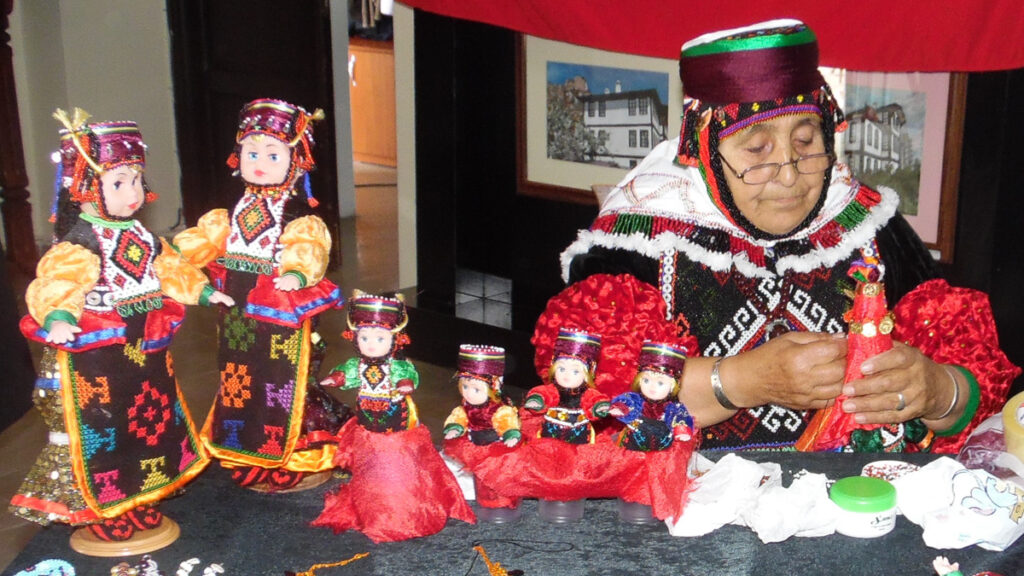 Songül ARAL finds a village woman who made a traditional doll after her children left home. But how did it find its way east to Japan and start an export business?

(A message to the reader from Fidan in Turkish.)

(A message to the reader from Songül in Turkish.)

Fidan Hanım was born in Damal village of Kars province in eastern Turkey. She married when she was just 13 years old. She continues to make decorative dolls, known as “Fidan Dolls or Damal Dolls” in Turkey, for commercial purposes since 1986. The first doll was entirely handmade. The meaning of the word “fidan” in Turkish is “young tree”, and the surname “atmaca” is a bird species known for its good eyesight.  She emphasises that every story we encounter is a small social building block that together makes up a whole in the lives of the people in it.

When my husband came home in the evening, he looked at me and the baby and laughed a lot. He said, “You made friends with yourself”.

Fidan defined herself with the following sentences. “I got married very early, like my name, my eyes have been very good for me to do this job for many years. Years passed, I had children of my own, and when the time came, they left home and started their own families. I was sitting by the stove one winter day, I went back in time, my childhood mother and the women in my village came to mind. I combined the fabrics and old clothes at home, connecting myself and my mother in my imagination. I ended up making a rag doll that looks like myself. When my husband came home in the evening, he looked at me and the baby and laughed a lot. He said, “You made friends with yourself”.

Fidan lady sewed the doll as a gift to her childhood and attached it to the wall of her house with a string. The hand-stitched clothes of this doll are a miniature copy of the traditional and local clothes of the Alevi-Türkmen woman. “I sewed, knitted, dressed and jewelled everything I wore, made a beautiful girl”. 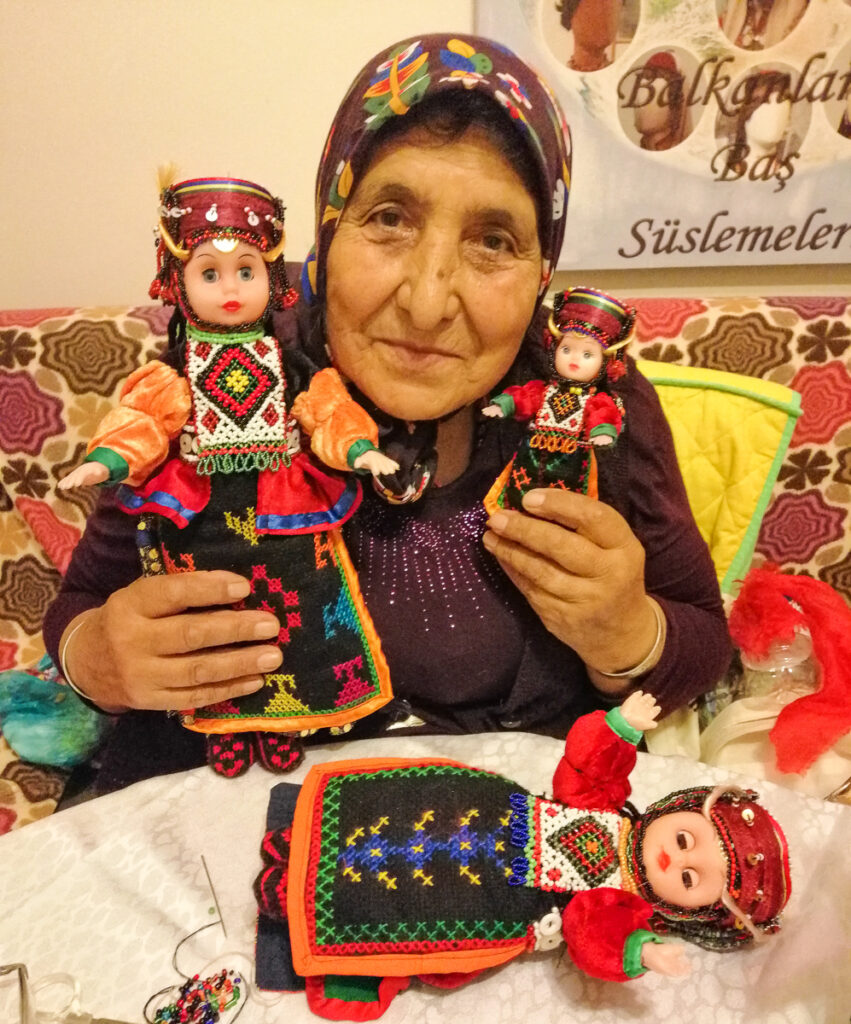 A few years after she produced her first rag doll, in the summer of 1986, a small group of travelling tourists, who went to see historical artifacts from their village, were hosted by her husband. In those years, there was only one home phone in the village and it was in the house of the Fidan lady. The tourist group is invited home to relax and use the phone.

They examined the ragdoll hanging on the wall of the house, and one of them persistently wanted to buy the doll. Her husband was surprised that the tourist offered so much money. Finally, she sold her rag doll to the tourist. The ragdoll first goes to Izmir, the metropolitan city in western Turkey, then to Japan. It must have been sold to a tourist because they sought and found Fidan, who was selected first in the “completely handmade dolls” contest held in Japan. She had embroidered her own name and the name of her village on the doll’s clothes with thread.

When you delve into the details of the story, it seems as if there is an invisible thread that spans the entire universe and establishes connections between all people of the world. Fidan, who processes every detail of the ragdoll with her own hands without going on her own journey, expresses the essence of the story: “One day my inner child thought I was going to make myself a rag doll and they took it from me too, just like my childhood. My ragdoll is missing right now, who knows where?!” covering her face with her hands in a playful smile.

She remembers how the first ragdoll attracted the attention of tourists, her husband’s surprise, her female friends in the village making jokes about the ragdoll and how the ragdoll turned all of this upside down, and she tells with a smile in her eyes. 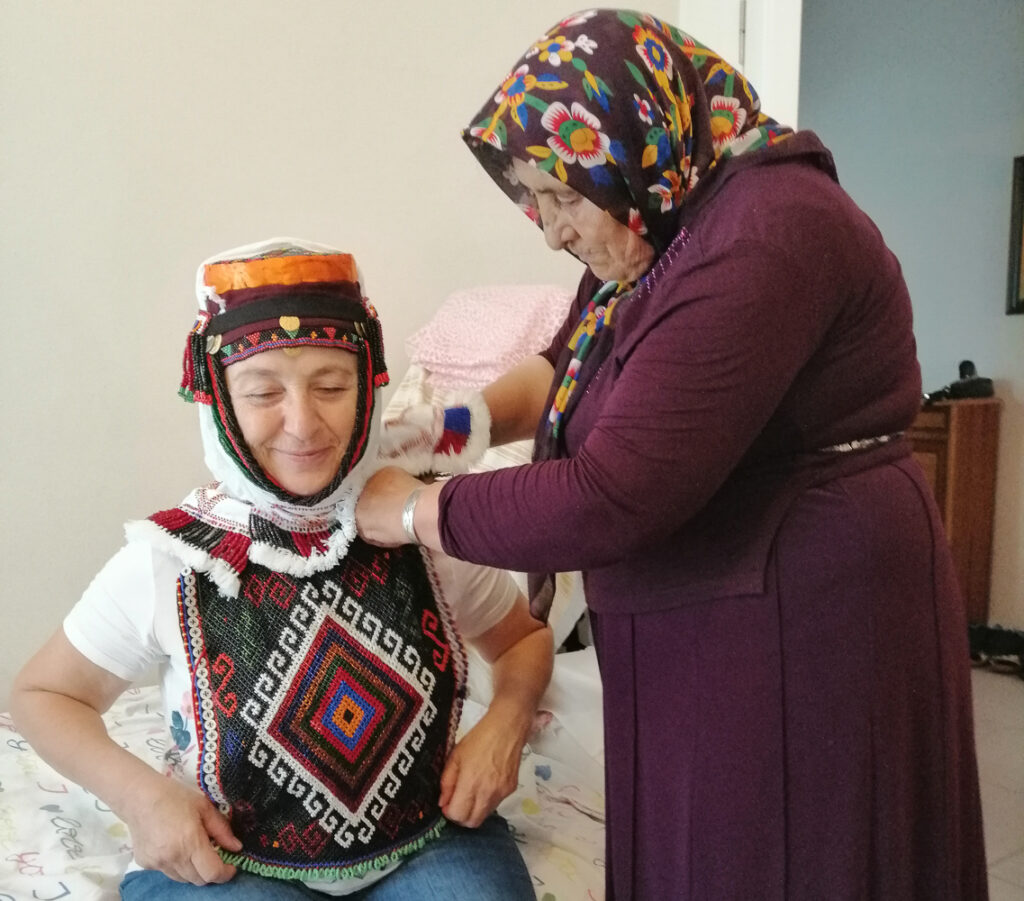 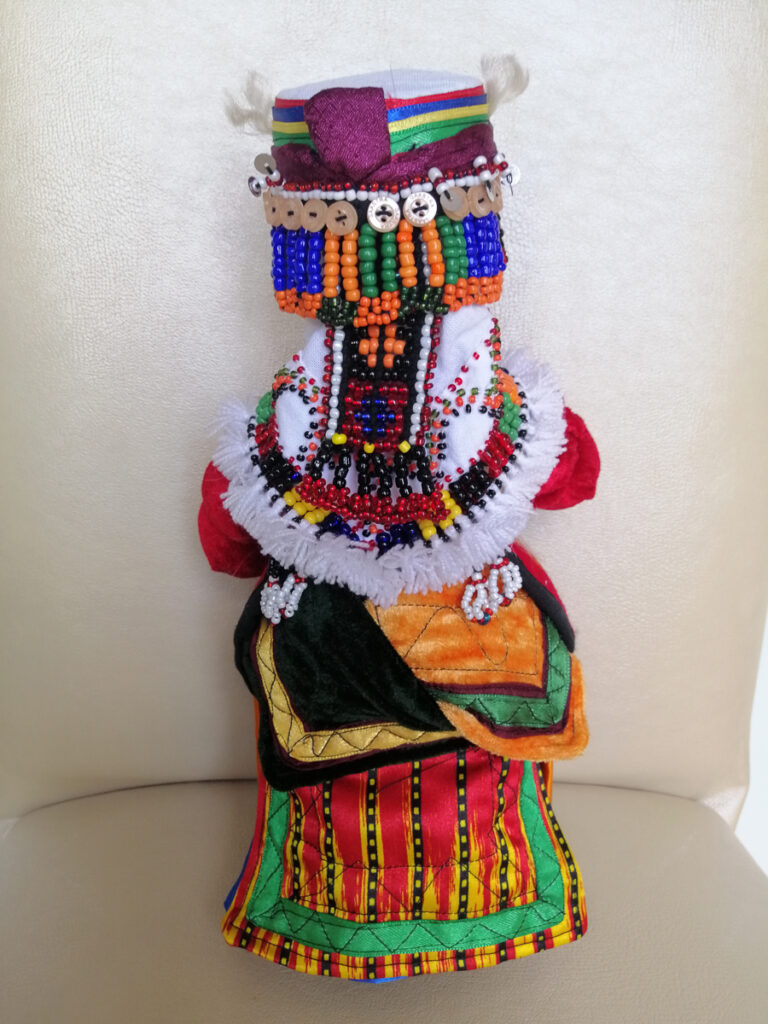 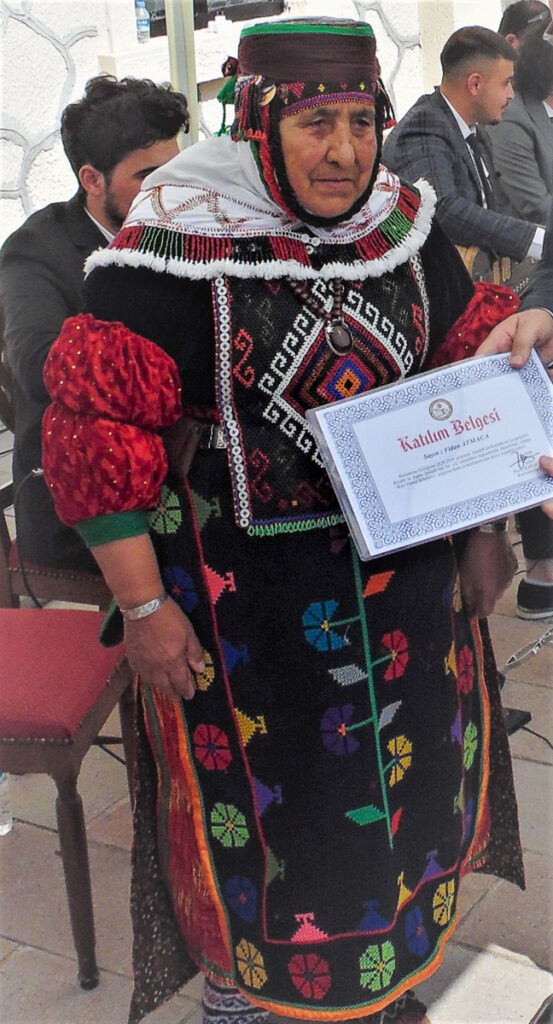 While making decorative rag dolls, she communicates verbally with them and produces them with love. In the first years of commercial production, babies’ bodies were made with fabric and cotton. However, orders increased over time and plastic dolls were used instead of fabric and cotton.

She uses cotton as a filling material for plastic dolls and gives them rigidity. Then she sews and embroiders her clothes by hand. The “chest and forehead” jewellery knitted with beads and needles are examples of fine workmanship.

She produces “girl/bride girl/mother” dolls in three sizes. The meaning of each of their clothes and colors is different. These clothes are miniature reflections of local and traditional women’s clothing. From the socks on her feet to the braided hair on her head, to the woven fabric and embroidery tied to her head. “When I was a child, women dressed like this in our village”. When we compare the little clothes of the dolls she made with her own clothes, we follow the skill of the master.

In traditional village women’s clothing, the “three-layer skirt” consists of hand-woven fabric, completely lined inside and sewn. Every detail of the clothes on the dolls is handcrafted, hand-woven fabrics and hand-stitched.

Fidan continues to sew and dress handmade clothes for 75-year-old plastic dolls and to produce orders. The thinking power of the Westerners helps make the business sustainable. Today, Fidan dolls are produced in the east as a touristic object: it is possible to see Fidan dolls all over the world. The doll, which a woman sews as a gift to her childhood in her dreams, continues to introduce herself, her family and a city to the world.

The ragdoll is a fairy-tale hero, who takes its creator Fidan on a successful world tour, like a magical sign, and a rag doll from the East continues to be born from the hands of Fidan lady over and over for forty years.

In the story, we watch a craftsperson bring the past and the future together and how a magical east-west cycle begins and continues as a traveller steps into the village. Fidan is a producer who contributes to the transformation of ordinary craft productions of the east into decorative and eye-catching objects in the artificial world of the west.

The rag dolls of the fidan (sapling) symbolize just one stone of the cultural bridge between east and west in its own country. Fidan’s rag dolls continue to smile at the world through a small window opening from East to West.

She was born and lives in Damal Village in Kars, located in Eastern Turkey. It is known for its traditional decorative handmade “Fidan dolls / Damal dolls” produced in Turkey and Kars. She is 75 years old. 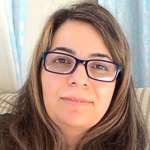 I am from Turkey. I live in Malatya. I work as a faculty member in the Department of Traditional Turkish Handicrafts and Graphic Design Department of the Faculty of Fine Arts and Design, İNÖNÜ UNIVERSITY. I continue my field applied studies on traditional folk crafts. Mostly, I focus on our hand weaving, especially carpets and traditional women’s jewellery. As the author of this article that brought the sapling to you, I watched it for the first time from my home in 1990 in a program on our state television TRT. Years later, we met face-to-face with Fidan in an exhibition/workshop organization of my teacher Lale, who was a lecturer and consultant at the University in Ankara, where I was during my doctoral education. I wish you a long life with good health, thanks. Email: songularal@hotmail.com or aralgul@gmail.com

That significant freedom: The idea of Indian Ocean craft
A head start for heritage: The Kastamonu hat museum 🇹🇷
Tepelikler: My Anatolian grandmother’s headdress
Travelling with Iskandar Jalil
Let's go back to the campfire: The lesson of mingei
Remembering Kala Pani: Presencing memory objects
Swords of Kyoto: How weapons became cultural treasures
Holding a Shinto mirror to the world on which we stand