Utsuwa: The extraordinary is every day in Japan 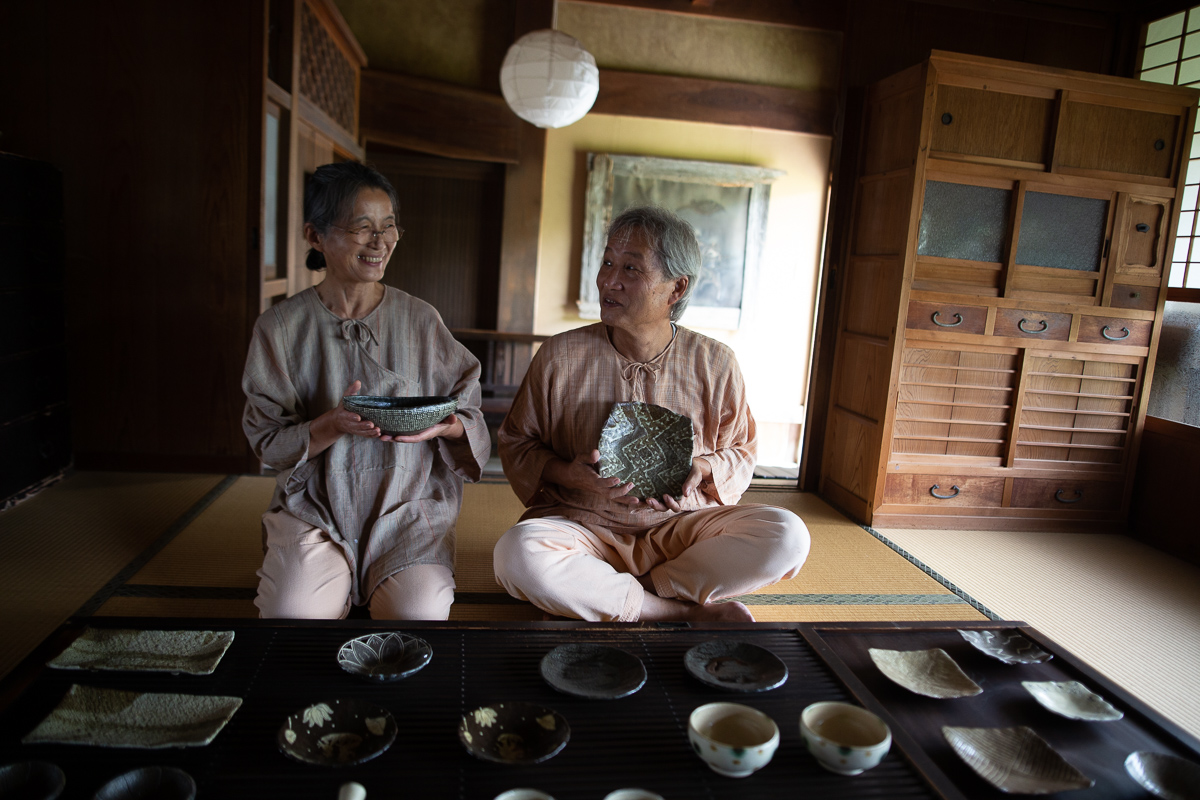 Kylie and Tiffany Johnson share their journey to find makers of everyday objects in Japan, including Keigo and Chiaki Sakata at the To-ji Temple market in Kyoto

The word utsuwa, meaning “for everyday use”, is a term used by many Japanese artists to describe the objects they create. The term embodies a common ideal: to create works that are beautiful yet practical enough to be used every day.

We have been travelling to Japan for over fifteen years, together and separately. In 2017 Kylie undertook a Churchill Fellowship and trained with two teachers in the art of kintsugi and gained an understanding of how small galleries can be sustainable and remain close to their artists. We had also started running small bespoke tours of Kyoto and its surrounds called Kyoto Creative Tours. The bespoke tours focused on taking our guests to galleries and studios of artists that we had met over our visits. Places that would be hard to find and engage with were an important aspect of the tours, introducing our guests to the Japanese notion of utsuwa, using special objects in everyday life.

Our parents, an artist and writer, embedded the notion of handmade items having a place in everyday life. We remain aware and grateful to be bought up with this way of life being normal for us. That relationship between the vessel you’re drinking or eating from, honours the time and earth, the makers’ hands and creativity that are required. With our book, we wanted to introduce some of those makers and the galleries that sell such beautiful everyday Japanese items.

The approach to the book was to document the working spaces of the artists and follow through to where they sold their wares, whether it was a local gallery or a highly attended annual market. In a country that both revers and embraces utsuwa there is no lack of beautiful and practical pieces to buy. And in the true sense, take home and use daily.

The artist’s studio spaces were often small but well-considered. Storage and usability was a key to ensuring making enough work to sustain their lives. Working hard to continually improve their practice and evolve their work, all the artists we met with were truly humble in only the way Japanese can be; and grateful that their work was considered extraordinary enough to exist in a book. The book is ceramic heavy, which Japan is too, but we had such a wonderful time experiencing the hot shops of glass artists in Tokyo to the smelly indigo dyes that create the most wonderful of colours.

The galleries in the book were contemporary by choice. They sold work from artists working today, not the masters of history but often taught by them or their students. We really wanted to acknowledge the important relationship that exists between the artists and the gallery owners who take on the risk of selling their work. There is a belief in their work and a trust that it will sell that is so humbly represented by these curators. And while there is a commercial exchange of goods for money, the experience of buying from these galleries is so unique and special that you almost don’t consider what you’re spending.

It was such a privilege to spend time with the artists and galleries owners who have dedicated their lives in this way. We only hope that capturing this moment in their careers is as exciting for them as it was for us. 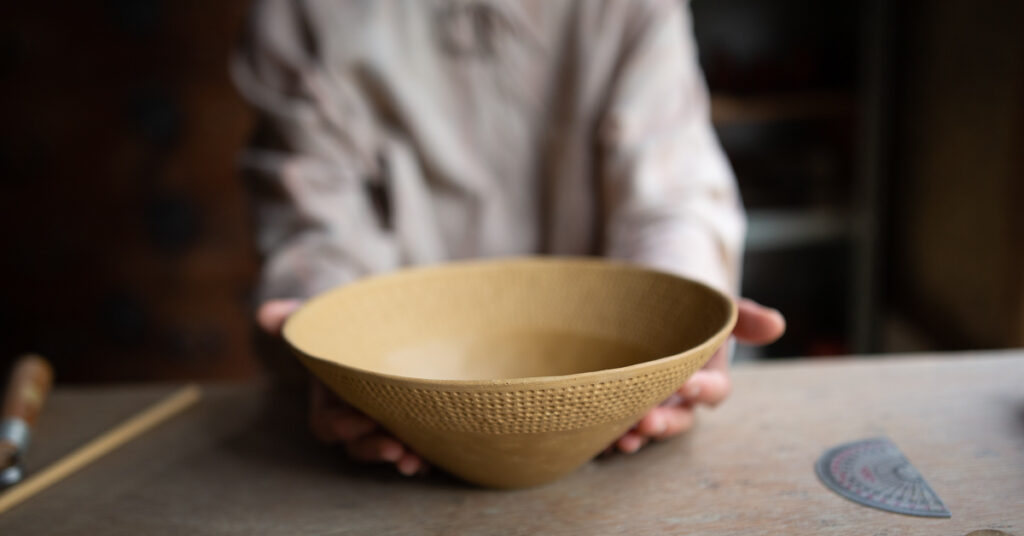 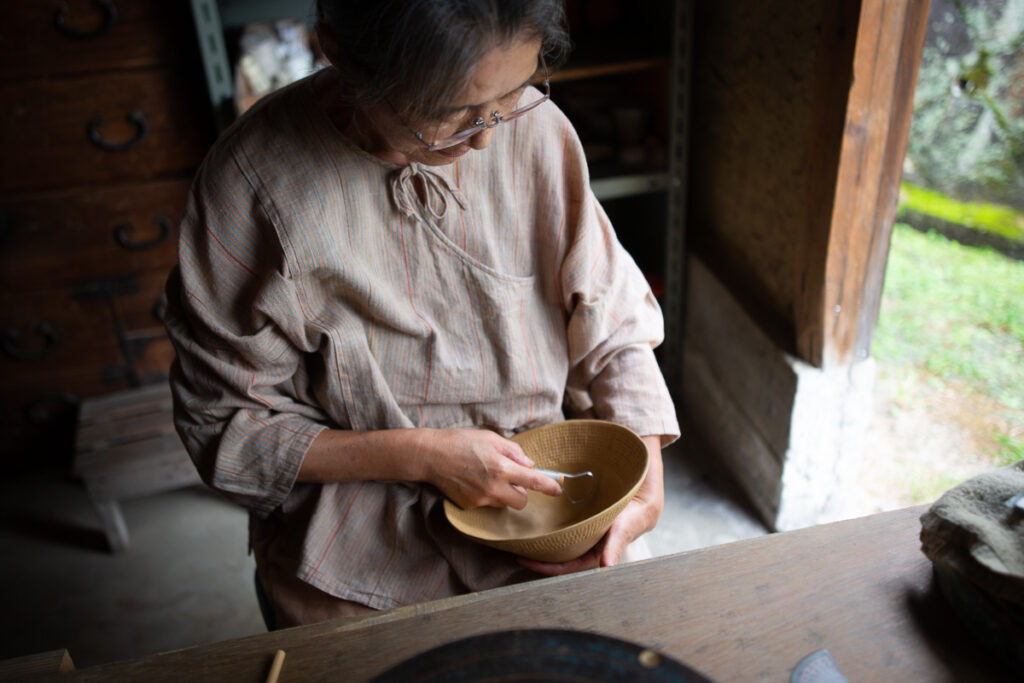 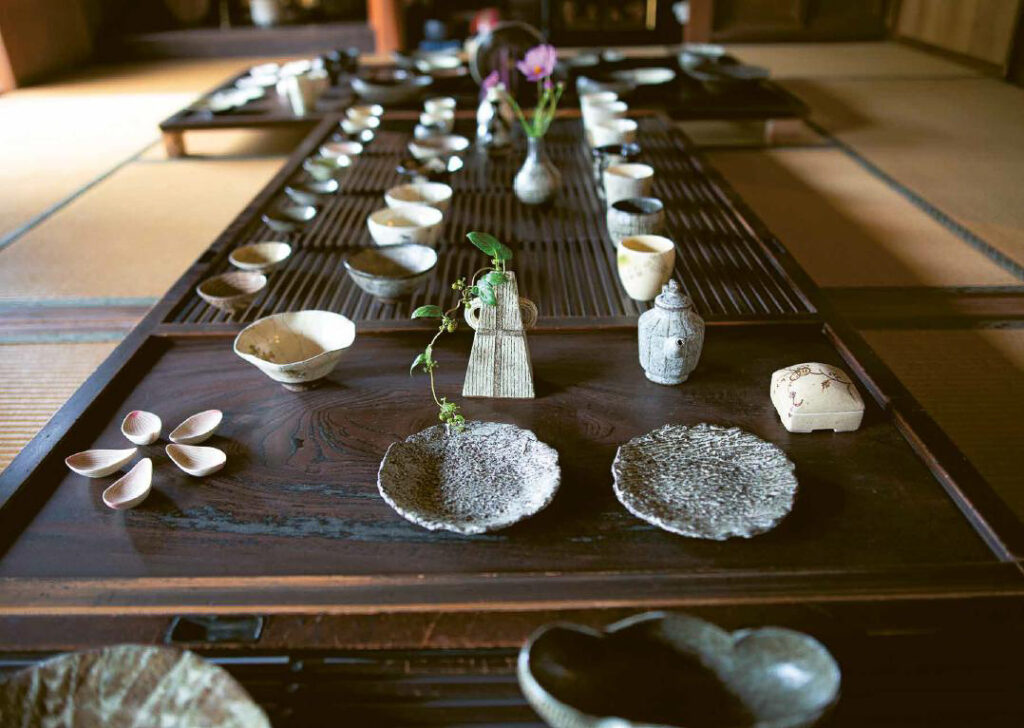 Each month at the To-ji Temple market in Kyoto, Keigo and Chiaki Sakata display their ceramic works at a stall positioned on a walking bridge over a small stream in the northern part of the temple grounds. The shelves and tables are scattered with their mingled works, and although the couple‘s artistic styles are vastly different in some ways, the pieces coexist in perfect harmony.

Keigo and Chiaki‘s traditional Japanese home, at least a century old, is about an hour from Kyoto. The house is warm and full of art and objects collected on their travels. A selection of their own ceramics occupies a display area in the front room, while a small gallery space at the top of the twisted-branch-railed stairs accommodates some of their sculptural pieces. In another room, the walls are hung with instruments that Keigo has collected or made. He can often be found playing one of these incredible instruments between serving customers at the To-ji market.

A studio is connected to the side of the house and, although small, it is ordered and functional, and everything has a place. Keigo and Chiaki share the space, facing each other from opposite sides of a large table as they work. The two have been potters for many decades, and they are inspired and influenced by the study and travels they have undertaken. They both feel they are living the life they dreamed of.

Keigo began his career in design but says he is much happier working in ceramics as it gives him the ability ‘to make something directly using my hands, rather than drafting and drawing sketches‘. His style has changed a lot since he first started pottery, making traditional Japanese ceramics. Over time, he found his own voice, but he still uses the skills developed in those early years. He describes his work now as more “contemporary and illustrative”.

A love of travel has taken Keigo to places such as England, India and China, and he incorporates influences from these regions into his pattern-making, stories and style, while still creating a look that is clearly Japanese. In his daily practice, Keigo likes to see how the clay and his ideas intertwine. Through the process, the work may arrive in a place quite by accident – and this,

Chiaki began her study of ceramics at the Hanno kiln in Saitama and later studied under Kyoto potter Masayuki Imai. She is inspired by earthenware from the ancient era and is fascinated not only by the designs but also by their makers. She believes these bygone artists must have lived in a world full of mysteries. She hopes to impart some of this mystery through her own work, though it is viewed in this modern world of mass-production. She wants people to take a closer look and to feel, if only for a second, connected to the secret of how the object was made.

Chiaki mostly builds her works using coils and carving techniques, then gently stamps and inlays slip, dot by dot, into her signature pieces. The process takes time and patience. She says carving is her favourite part; the rhythmic, gentle action of carving away the clay she has just formed.

Keigo and Chiaki want to live and work in a way that is true to their hearts, in a place where they are close to nature and where they can live slowly and quietly. This beautiful wish seems to be fulfilled, attested to by the kindness they show each other, the customers they meet and the captivating work they create. 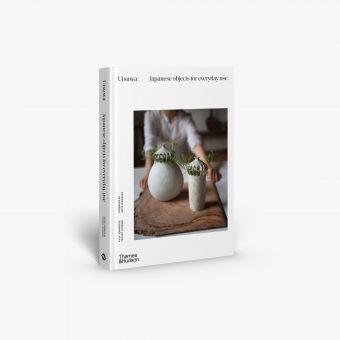 Utsuwa: Japanese Objects for Everyday Use
Celebrate the beauty and ethos of Japanese ceramics and the handmade through this intimate exploration of the makers, markets and galleries of Japan.

About Kylie and Tiffany Johnson 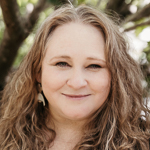 Kylie Johnson is a Brisbane-based ceramic artist, gallery owner and writer. Her ceramic studio and gallery, paper boat press, produces signature quote tags, Christmas ornaments and poetry vessels. Over the past six years, she has curated more than fifteen exhibitions of both Australian and Japanese artists in her gallery. Kylie’s passion for further study in the craft of Japanese ceramics was rewarded in 2017 with a Churchill Fellowship, which enabled her to visit more than thirty galleries and markets in Japan and undertake two intensive courses in the art of ceramic repair known as kintsugi. Kylie has had two books of poetry published with Murdoch Books, in 2008 and 2010, and a collection of quotes from her ceramic work published by University of Queensland Press in 2014. 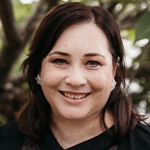 Tiffany Johnson has spent her professional life in book production. She first started in print production in newspapers but moved to London, where she worked at HarperCollins Publishers in the children’s division. On her return to Australia, she worked as production manager for Steve Parish Publishing and then at Murdoch Books in Sydney. Tiffany returned to Brisbane ten years ago, where she established the Australia/New Zealand office for 1010 Printing and specialised in illustrated book printing. She is currently the General Manager for UQ Print but continues to produce beautiful books as a consultant.

走泥社のオブジェ焼き：京都からオーストラリアへ
“Drifters” in Jingdezhen: Past meets present in the porcelain capital
From Thailand to Turkey: Ceramics bloom in Eskişehir
Love in a time of colonisation
My father was an elephant: Clay dreams in Nigeria
Shibari on the Strathbogie Ranges: The art of Japanese rock knotting
From Brazil to Japan: In search of the unknown craftsperson
Journey to Teshima