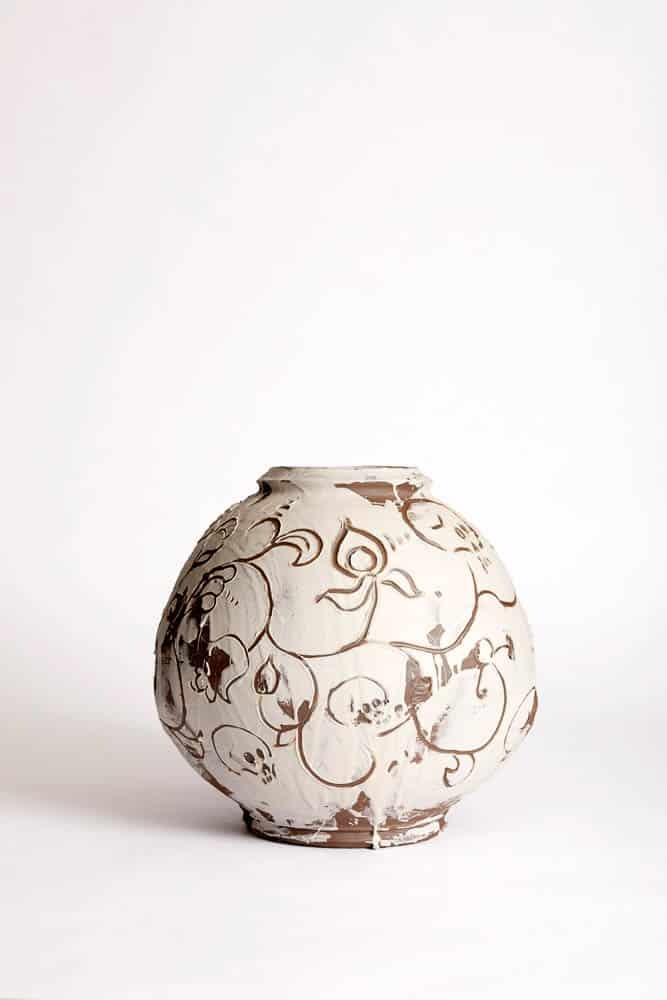 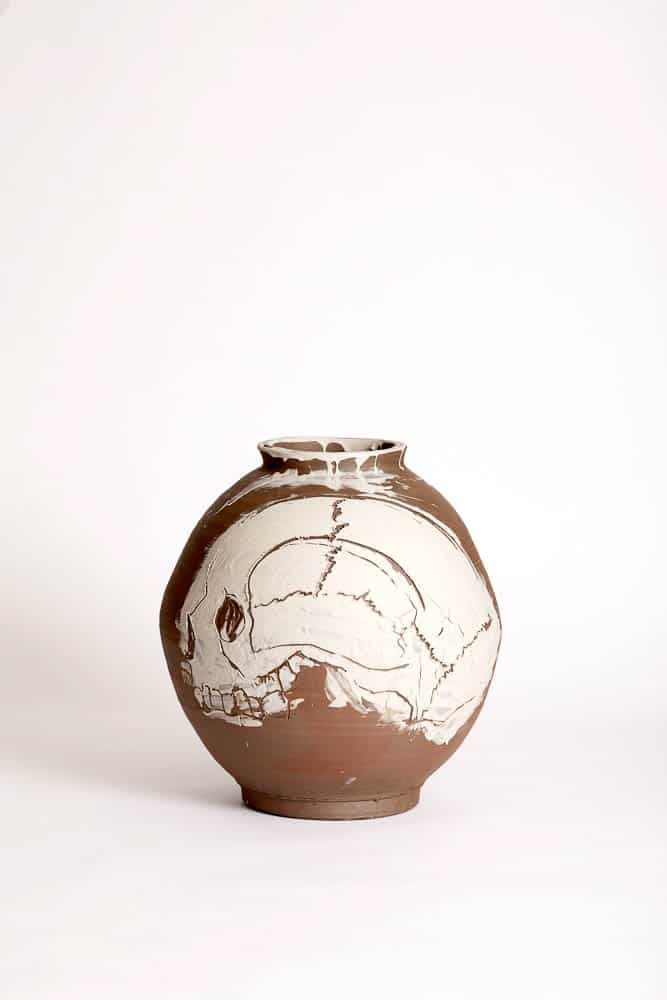 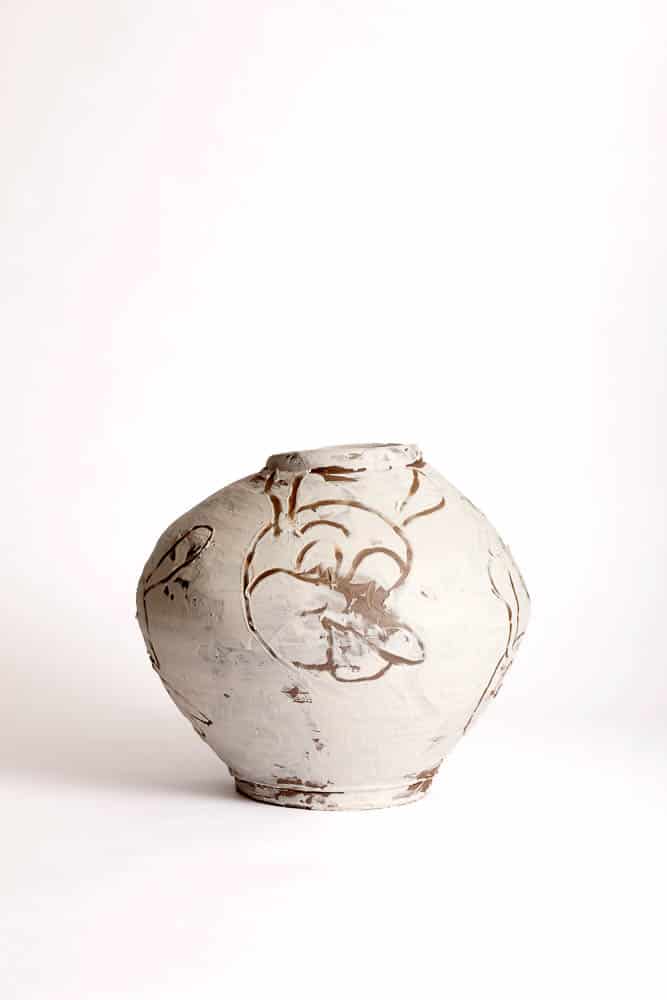 Melbourne-based ceramicist Andrei Davidoff presents The Golden Calf, his first solo exhibition in Adelaide. This exhibition displays ceramic vessels that have been transformed from docile decorative ware to objects of ominous intent. Guided by the Biblical tale of the Golden Calf, Davidoff draws on his dual practice as a production potter and artist to investigate the tension between an object’s high art cultural value and its social value as a utilitarian object.

In his latest exhibition, Davidoff utilises the tale of the Golden Calf to explore the integral role of art, artifice, decoration, deception and manmade play in both the creation of art objects and our value perception of them within Western culture. The tale relays how the Israelites, newly freed from their Egyptian masters, drew upon the Pagan practice of creating and worshipping idols as a way to access and honour their God. When questioned by Moses about the creation of the idolatrous Golden Calf, the Israelites insisted that the offending object had emerged fully formed from the fire, denying their hands had taken part in its creation.

In an exploration of this tale, The Golden Calf features a display of Davidoff’s characteristically complex and ornately adorned vessels juxtaposed with a central focal piece: a single golden pot. While perfectly formed and inherently valuable (as indicated by its golden hue), the golden pot is unadorned and devoid of any trace of the maker or the processes required to create it. In Davidoff’s eyes, the golden pot is a golden calf in the cannon of high art: an idealised false idol unworthy of worship and adulation.

The heavily decorated wheel-thrown vessels for which Davidoff is known, are covered with physical markings that convey both literal and metaphorical meanings. Layered with several applications of slip, the surface of each vessel has been scratched, carved and hand-tooled to highlight the physicality of the making process and the active hand of the artist as the creator. As a production ceramicist crafting handmade plates at commercial quantities, Davidoff’s representation of the golden calf and the comparative display of his exhibition pieces directly relate to the way he perceives the life of the artist.

While artistic freedom, individual expression and material exploration lie at the core of Davidoff’s creative practice, the endless cycle of production required to produce commercial utilitarian objects is marked by mechanical perfection, mundane repetition and an almost absent creator. Like the golden calf, piles of production work seem to appear without creative input or ownership. As one order dries, another is fired and yet still another is being developed. The tug of war battle between maintaining creative integrity through one’s artistic practice and the economic need for production work is a conundrum that Davidoff, like many artists and makers, continues to reflect upon.

Greatly inspired by literature, the linear arrangement of Davidoff’s vessels is suggestive of an unfolding narrative that flows from one pot to the next like the pages of a book. The painted decorative motifs that adorn the vessels include imagery from Slavic mythology, such as the skull lantern fixed to the top of a staff in the tale of Vasilisa the Beautiful or the crone Baba Yaga flying above a conifer forest in a mortar and brandishing a pestle. These traditional folk images are combined with a rag tag cast of images assembled from childhood fairy tales and night terrors, including the tentacled kraken, blood-sucking ticks, and scattered teeth. In contrast to the golden pot, the heavily decorated vessels have a distinctly ‘unfinished’ and draft-like veneer that is suggestive of the fierce flow of the creative process and the presence of the individual in the creation of objects.