Mike Nicholls ✿ Finds a bird in the tree 📽️ 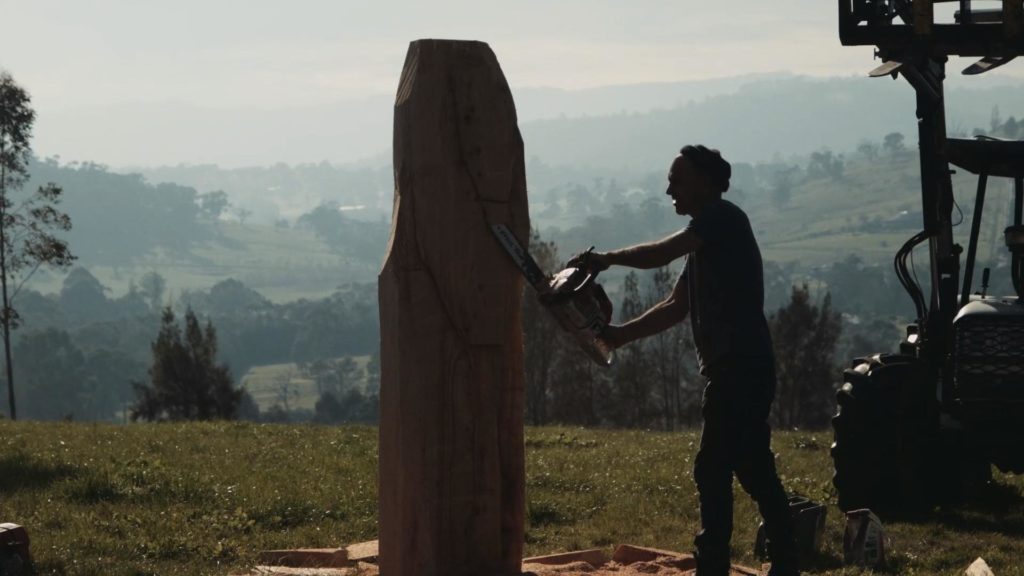 In his latest video, Mark Newbound ventures beyond the studio to witness the sculptor Mike Nichols transform a cypress tree into a gannet.

Mark reflects on the experience:

Mike has a farm on the outskirts of Melbourne that he grew up on, and that’s where I filmed him using a chainsaw to slice out the sculpture’s shape from a large cedar log. It was winter, but we had good weather. I was surprised at how casually he took on big tasks, but I suppose he’s been doing it for a while. He also looks after the farm. The chiselling part of the sculpture was done at his studio closer to the city. I wasn’t there for every chip because the whole process takes days. There something satisfying about the sound and sight of wood being chipped. The finished sculpture was mounted on a slab of concrete back at the farm, where it may still be. It’s not so easy to transport such a heavy object.

The concept behind the image of the gannet resting on an egg, upon a rock, could be interpreted as a gannet resting on the shoulders of a figure. It was developed from a previously commissioned memorial sculpture, with the gannet signifying mourning, nurturing, sleeping, whilst the egg signifies, the rebirth of the next generation. Alternatively, it can be viewed as a totem, a spirit resting, guarding the soul on whose shoulders it rests’ upon. The sculpture is part of my studio practice and will be exhibited in a forthcoming exhibition.

The tree is a cypress pine from Charlie, a tree surgeon based in Hastings, Victoria. 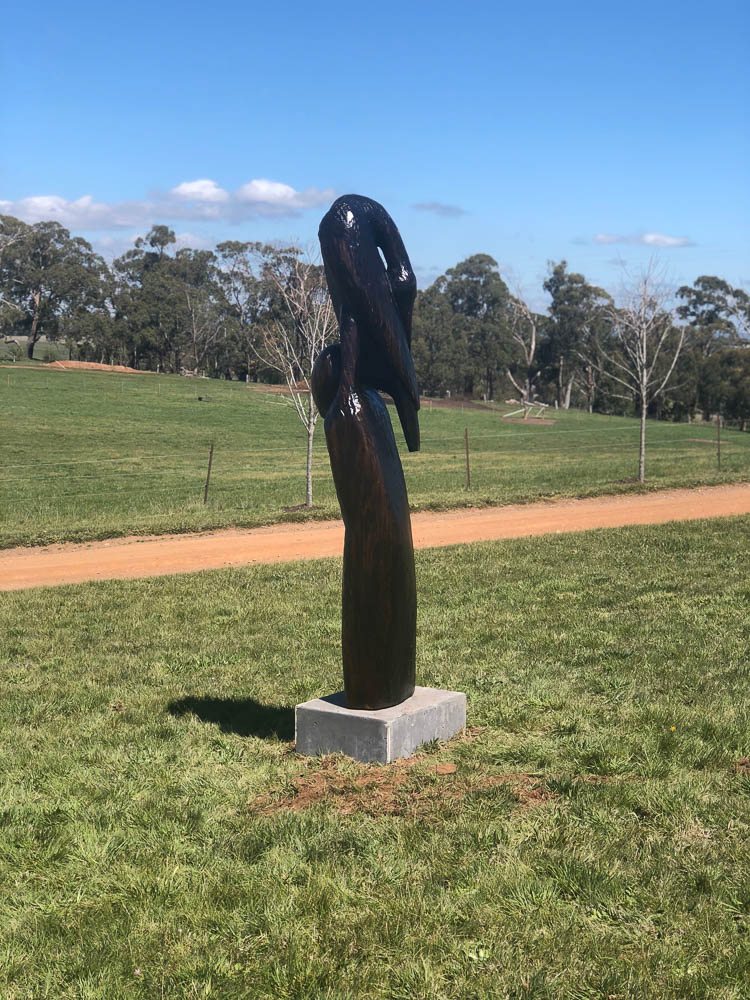 Born in 1960 Mike Nicholls grew up on a dairy farm at Narre Warren North on the outskirts of Melbourne, where he still has a studio-gallery and maintains the family property. You can find out more about him on his website: www.mikenicholls.com.au

You can see more of Mark Newbound’s videos here.