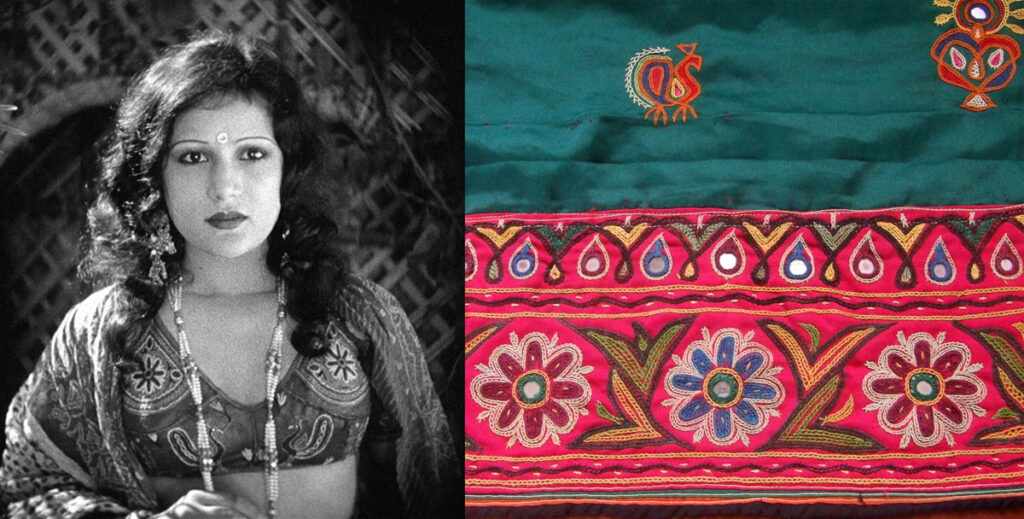 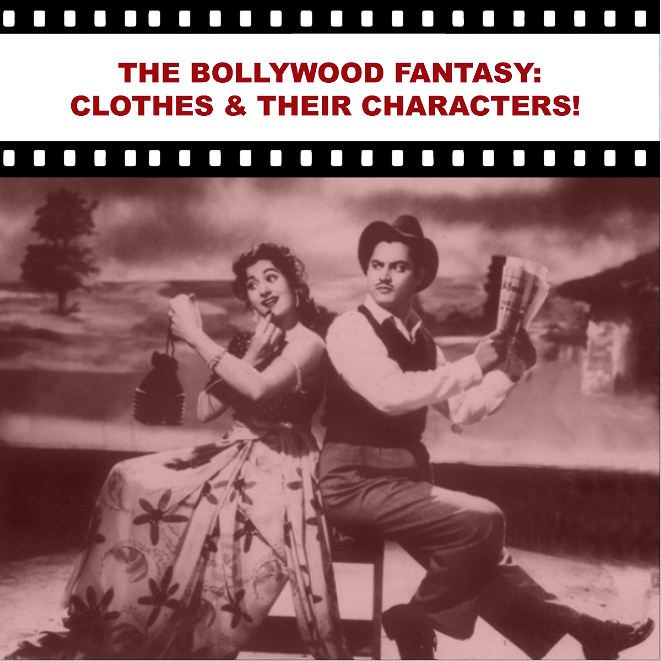 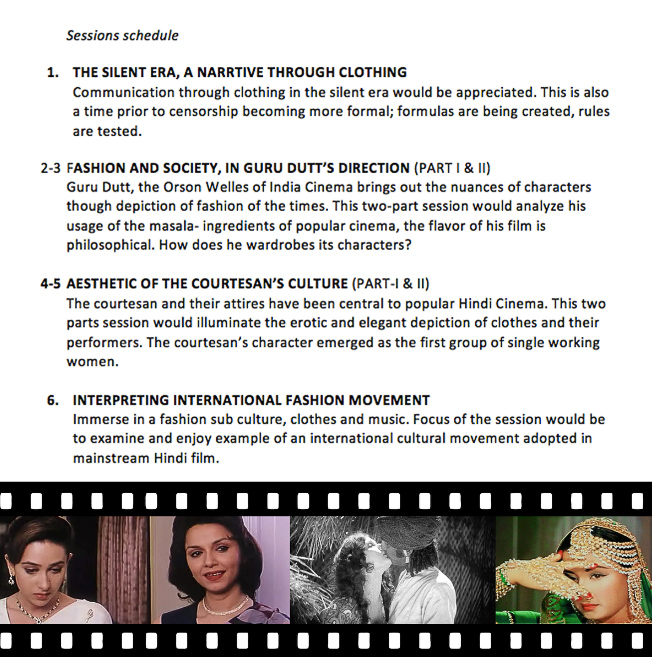 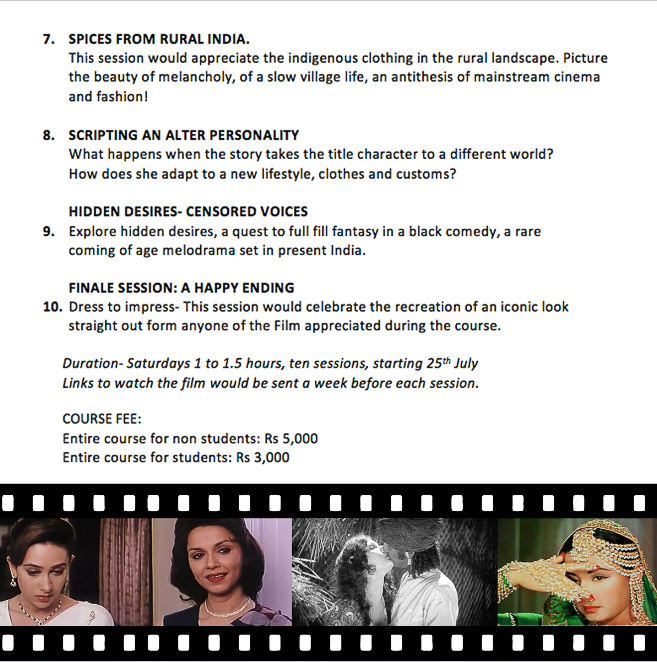 LOkesh Ghai introduces a new course on the role of textiles in Indian cinema. He offers a sample from the controversial silent film “A Throw of the Dice”.

In silent films, clothing and fashion play a crucial role throughout the narration. With an ensemble of traditional Indian textiles and attire characters are introduced, hierarchy is established, rasas are evocated, the mood of a situation is accentuated and passage of time is depicted.

A Throw of the Dice (1929) is the final part of the Indo-German trilogy by Franz Osten and Himansu Rai. The film was digitally restored as a gift by British Film Institute archives in 2006, to honour the 60th anniversary of Indian independence. Set in the princely state of Rajasthan, the story is inspired by the Indian Epic Mahabharata. Upon its re-release in 2007, The New York Times stated that- “There’s hardly a frame in the 1929 film “A Throw of Dice” that doesn’t provide a surge of visual pleasure”.

So what were reference points even before the emergence of the first costume designers in India Cinema?

According to film writer Rachel Dwyer, to dress the character in his films, D.G. Phalke, the director of first entirely Indian film (Raja Harishchandra, 1913) drew inspiration from a wide range of regimes and visual cultures including the emerging modern “Indian” art, chromolithography, religious processions and performance, folk and urban theatre, and foreign cinema. This new hybrid created by Phalke became the normal.

An introduction to characters

Just as there is careful planning for the placement of the camera, the composition of the frame and direction of lights; what the characters are dressed is pre-planned and even more carefully considered for their first appearance in a film to make a mark.

The opening sequence of A Throw of the Dice is situated in an “Indian Jungle”, with dry branches, wild animals and a princely expedition out for hunting. In contrast to the rustic landscape enters the beautiful Sunita. Her introduction is staged with opening the door of her humble abode, a hand-woven bamboo hut. She looks directly in the camera; her gaze meets the audience gaze. Her hair is untied, conveying she is taken off guard by the sudden arrival of the procession in her territory. Bindi, a symbol of Hindu women adorns Sunita’s forehead; it is a fashionable bindi she wears with a glittering outline.

Sunita is clad with traditional textiles, associated with Northern-Western India. Her breasts are accentuated with a well-fitted choli (blouse) that is adorned with embroidered motifs of two flowers and dancing peacocks facing each other. The choli is traditional in style, repurposed with a shortened length and possibly widened neckline. The eight pelted flower is a popular motif embroidered specifically by Ahir and Mochi community women in West India, is known as “Maj na Phhol” or “Mochiya nu Phool” (the Cobblers flower) by Ahir community in Kutch, Gujarat. She wears a wide ankle-length skirt, ghaghara. Her ensemble is completed by a lightweight bandhani odhani/ dupatta (that playfully keeps flying) with an end tucked at the waist and other draped to the shoulder. Bandhani is a traditional tie-dye textile prominently associated with Rajasthan.

As the story progresses

Sunita curiously points out to the passing by a fleet of elephants led by an army of men out on a hunt. Her hermit father approaches Sunita advising to keep away from the outsiders. She covers her head as a gesture of respect. However, immediately during the same conversation, her dupatta no more covers her head, indicating a carefree attitude. Her father gestures her to rush inside the hut as one of the royal commanders glimpses them and orders his assistants to lower the elephant.

The royal commander approaches the Hermit and embraces him.

The difference between both the male characters is more evident through their clothing, while they share the same frame on the screen. The Hermit is dressed in a loosely fitted long tunic, with a plain turban and a large U shape tikka on his forehead, with rudraksha garland (a symbol of his devotion to Shiv) in the neck and a shawl across his shoulders. The man from the royal court sports a angrakha (overlap regional male garment); the length of the garment is same as hermit’s tunic, but it is tightly fitted from the chest to the waist. His headgear is recognizable, an elaborate pattern of leheriya textile, a complicated tie-dye technique from Rajasthan, achieved through folding fabric and resist tie-dying it.

The wedding sequence in the film is a feast to the eyes. Sunita is married to the king. Her wardrobe is a new style: her hair is tied and she is adorned with even more elaborate jewellery. Her beautiful headgear is an imaginative creation by the costume designer. For the wedding preparation sequence, audiences are introduced to various kinds of handcrafts: metal pots are hand-beaten and textiles are hand-embroidered. These accounts create the fantasy for an upcoming elaborate royal wedding.

The film contains thousands of cast members and animals, including 10,000 extras, 1,000 horses and 50 elephants that were provided by the royals of Jaipur, Udaipur and Mysore. It is worth mentioning that this film was made for an international audience and so seems to draw on elements perceived as “exotic”. The film was also seen in the West as a “cultural document” with attention to ethnographic details. It could be said as an abstraction of orientalism, a fabrication of the West.

In Germany, the film was titled as Schicksalswürfel and became a blockbuster, with its exotic and far-away fascination with audience exploding with applause at the happy climax. The film is described as a “fairy tale” for adults by BBC. It could be said to be an example of early Bollywood sensibility.

The Bollywood Fantasy: Clothes and the Characters is a weekly film appreciation course with a focus on Culture, Clothes and Characters of Hindi Cinema. Each session focuses on a theme. From Silent Cinema, the course would move to the image of ‘The Modern Girl’. According to a scholar of international studies, Madeleine Yue Dong, the image of modern girls appeared in films, advertisements, in city cafes and streets during the 1920s and 1930s. Modern girls wore sexy clothes and cosmetics. They emerged literally in cities from Beijing to Bombay, Tokyo to Berlin, Johannesburg to New York. Through the film appreciation course, find out out the emergence of the modern girl, in Hindi cinema.

Find out more and register here.