How dolphins guided me to rescue a suicidal girl…

Maddalena Bearzi shares a remarkable story of a circle of dolphins who led her to rescue a drowning girl, which she commemorates now as jewellery.

I have studied dolphins and whales with my research team off Los Angeles for over two decades. One day, we were following a school of bottlenose dolphins near shore as we did on a regular basis. These dolphins usually moved back and forth and within a hundred meter from the beach stopping here and there to feed in a circle. But that day, one of the individuals in the group abruptly left and moved offshore, followed by the others. This change of behaviour was unusual, so I decided to follow them with our research boat.

Three miles from shore, the group stopped, forming a sort of ring around a dark object in the water. It was then, I saw the seemingly lifeless body of a girl. She was pallid and appeared to be fully clothed. As our research boat neared, the girl raised her hand as a weak sign for help.

We called the lifeguards and they told us not to do anything until they got there. My feeling was that if we didn’t act immediately, the girl would have died. I decided to ignore the lifeguards’ instructions and we pulled her hypothermic body aboard. We got her wet clothes off and wrapped her in a blanket. Then, we informed the lifeguards that we were heading back to the Marina del Rey harbour. The girl was around eighteen and probably foreign because we couldn’t seem to communicate. I also noticed a plastic bag tied around her neck…

Near the harbour, we met up with the lifeguard boat and we handed her off to them. Later, we were all waiting outside the emergency room at the Marina del Rey hospital. The doctor came out and told us that she will survive and thanked us for acting quickly. He told us the girl was vacationing here and, as the letter found in her plastic bag explained, she was committing suicide.

Busy as we were trying to save the girl, we completely lost track of the dolphins. What might they have done with her if we hadn’t followed them? Would they have tried to save her? There are many accounts of dolphins saving humans, either by fending off sharks or helping them to remain afloat. Many scientists think dolphins do not, in fact, save humans, because there is no hard scientific evidence to support these stories. But that day, I witnessed coastal bottlenose dolphins suddenly leave their feeding activities and head offshore, and in doing so, they led us to save a dying girl, some three miles offshore. Coincidence?

This is one of the many stories I was lucky enough to witness during over 25 years in the company of wild dolphins and whales. Remembering this rescuing experience and many other adventures at sea, brought me – many years later – to design an entire handmade jewellery collection inspired by the water, called “Acqua”. 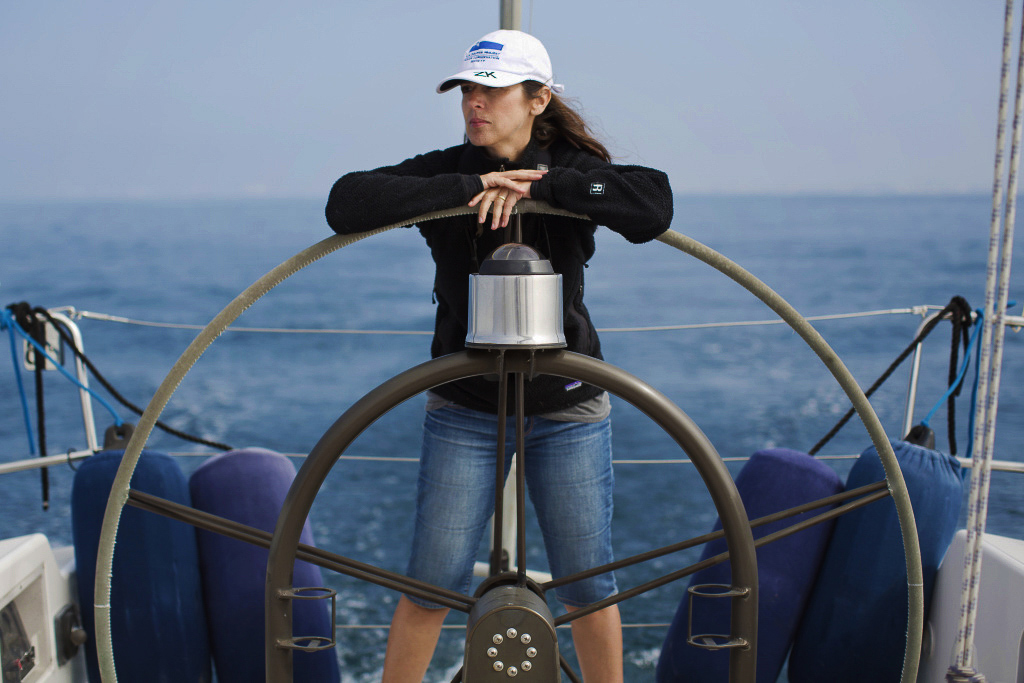 All my pieces inspired by whales, dolphins and water (“acqua” in Italian) can be seen in my eponymous jewellery site here:

To know more about my research at sea with dolphins and whales, check: www.oceanconservation.org.